Designer Ami McKay harnesses and aligns opposing styles with a masterful mix of masculine and feminine.

The couple – he’s a software architect and she co-owns The Last Crumb bakery and café – bought their first house in 2006. It was tougher to update than they’d anticipated, and even after a home renovation was still dark, drafty and out of sync with their maturing lifestyle. “Five years on, we were ready to start a family [their daughter, Hana, is now 2]. We wanted a warm, light-filled home with room to grow. We sold our first place, bought an old knock-down house for lot value and built from scratch,” says Julianne. 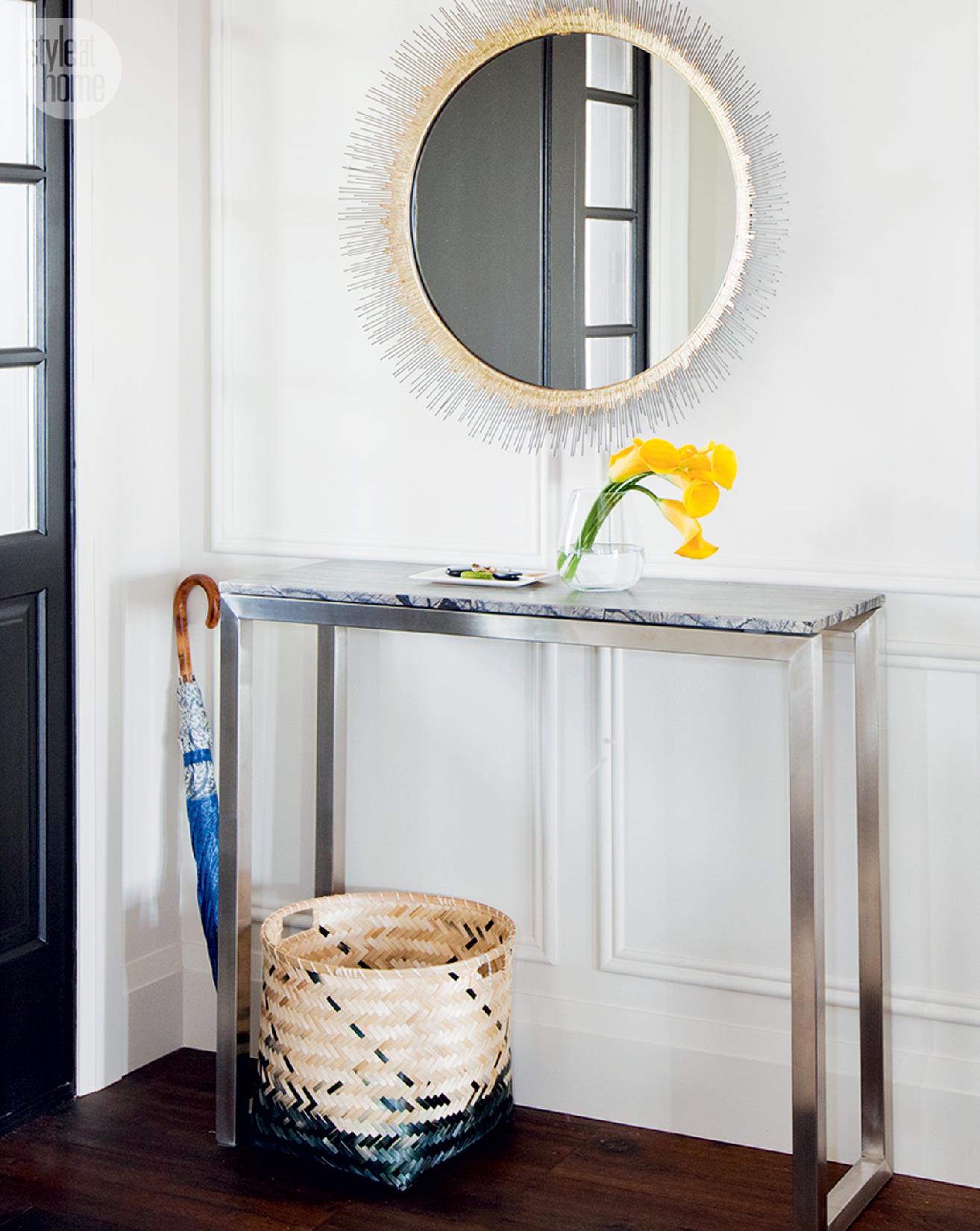 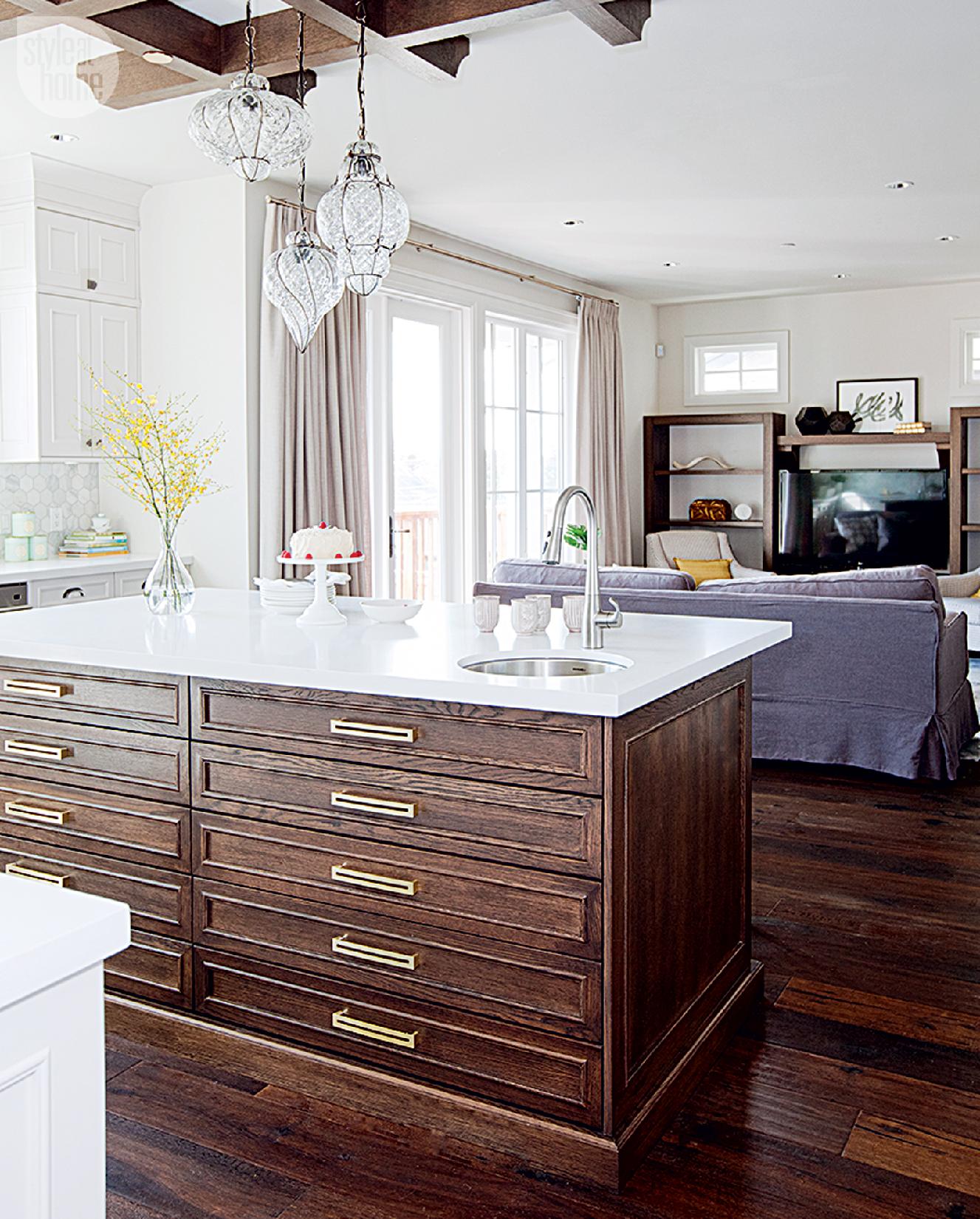 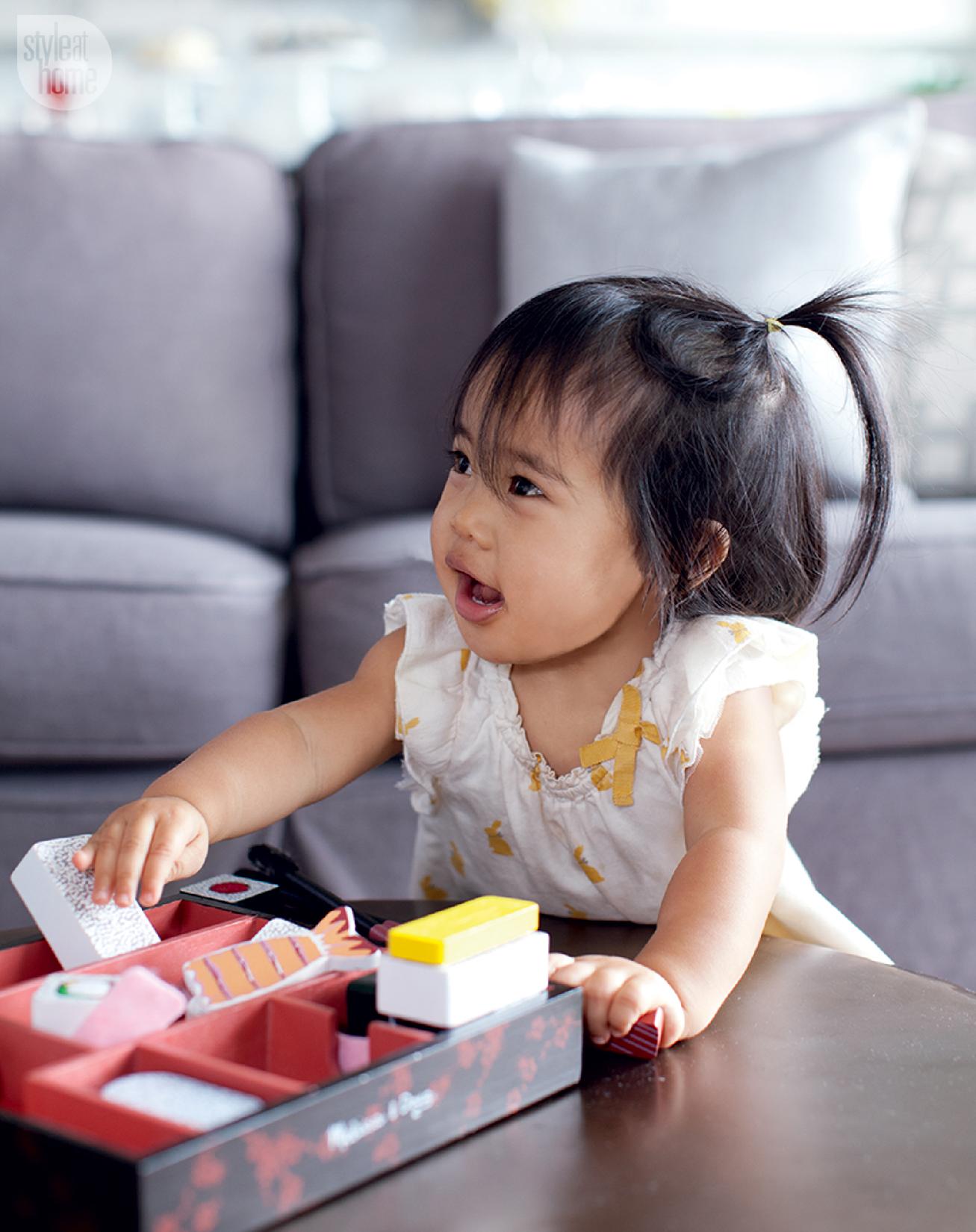 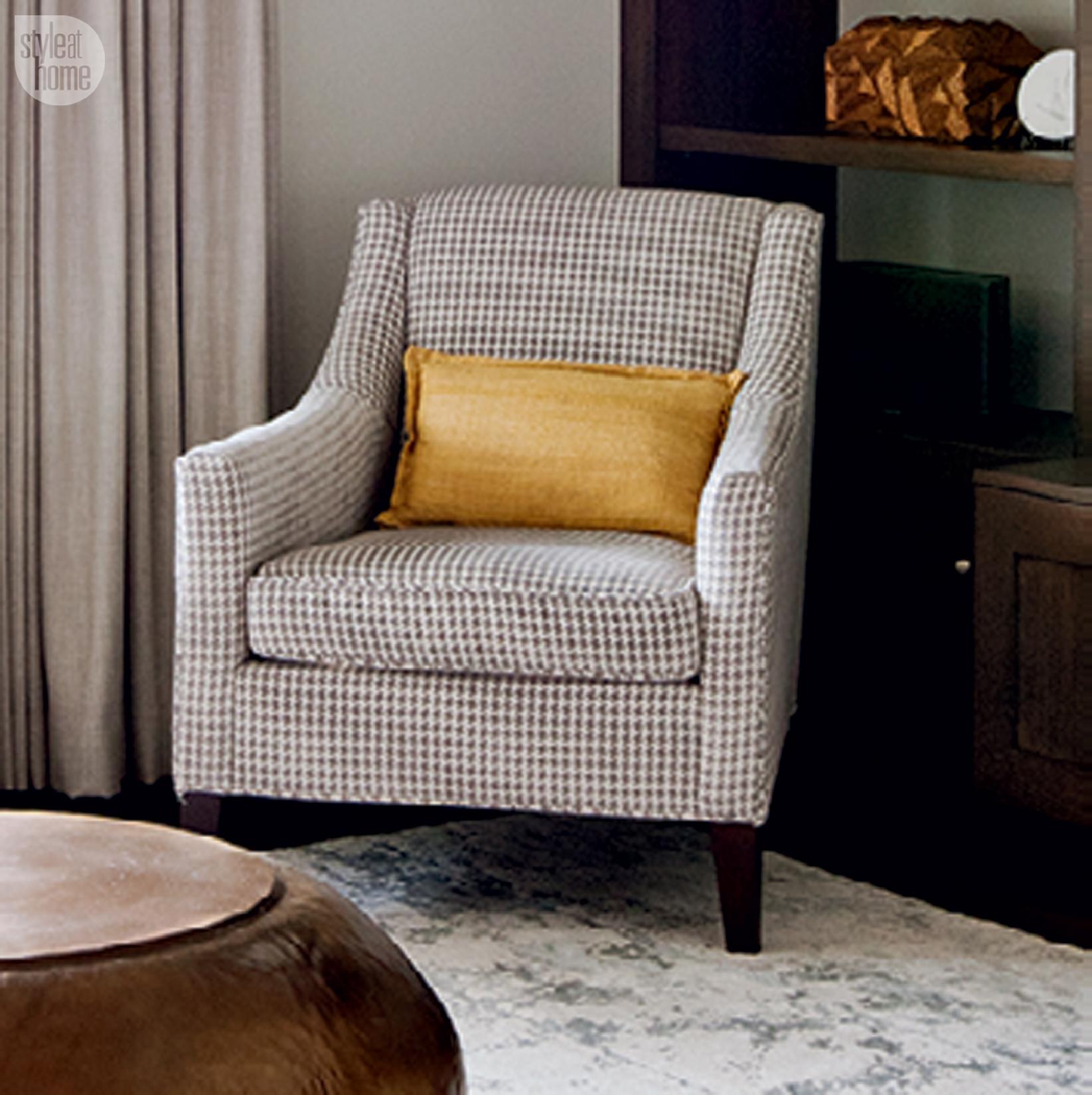 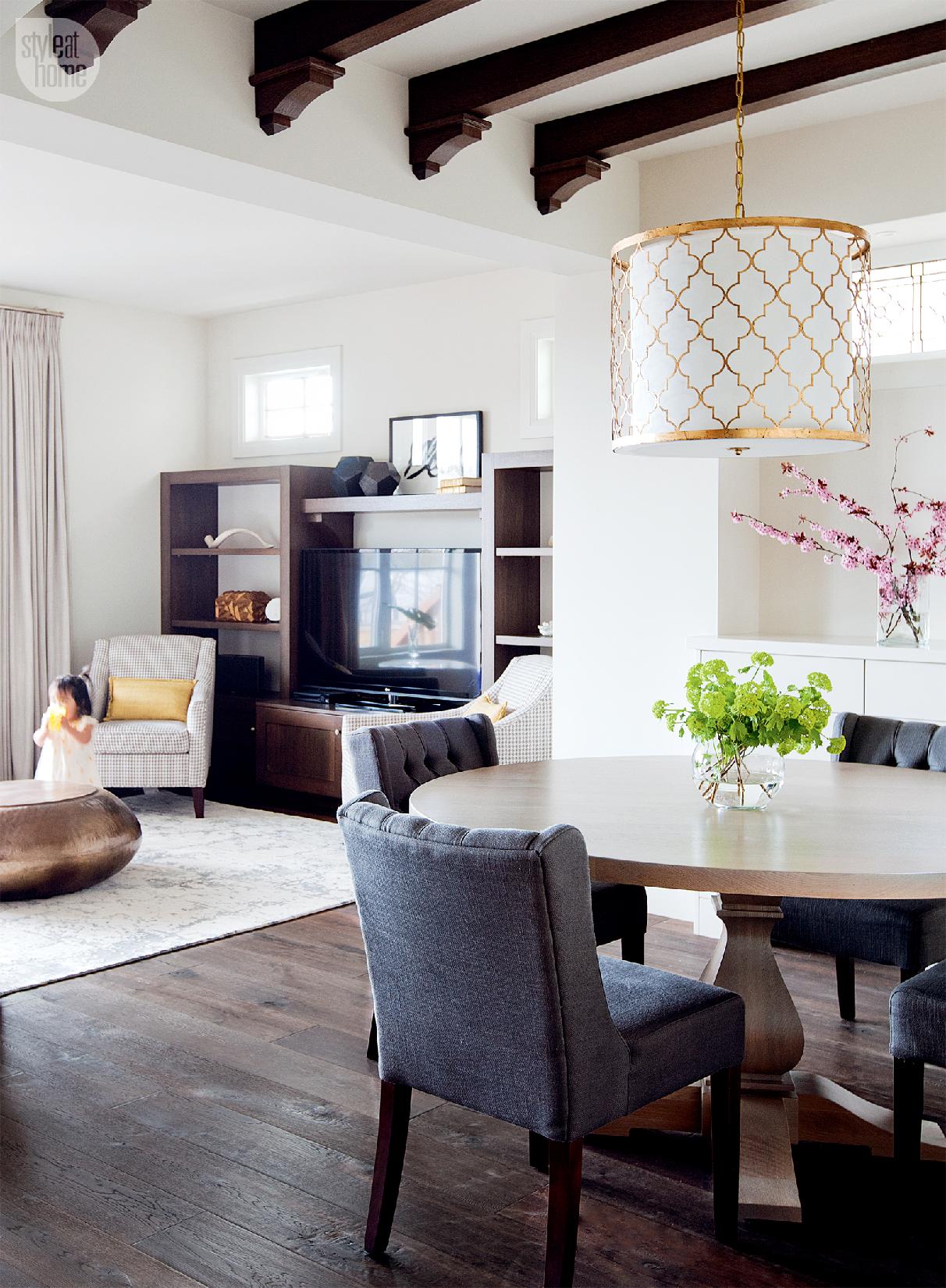 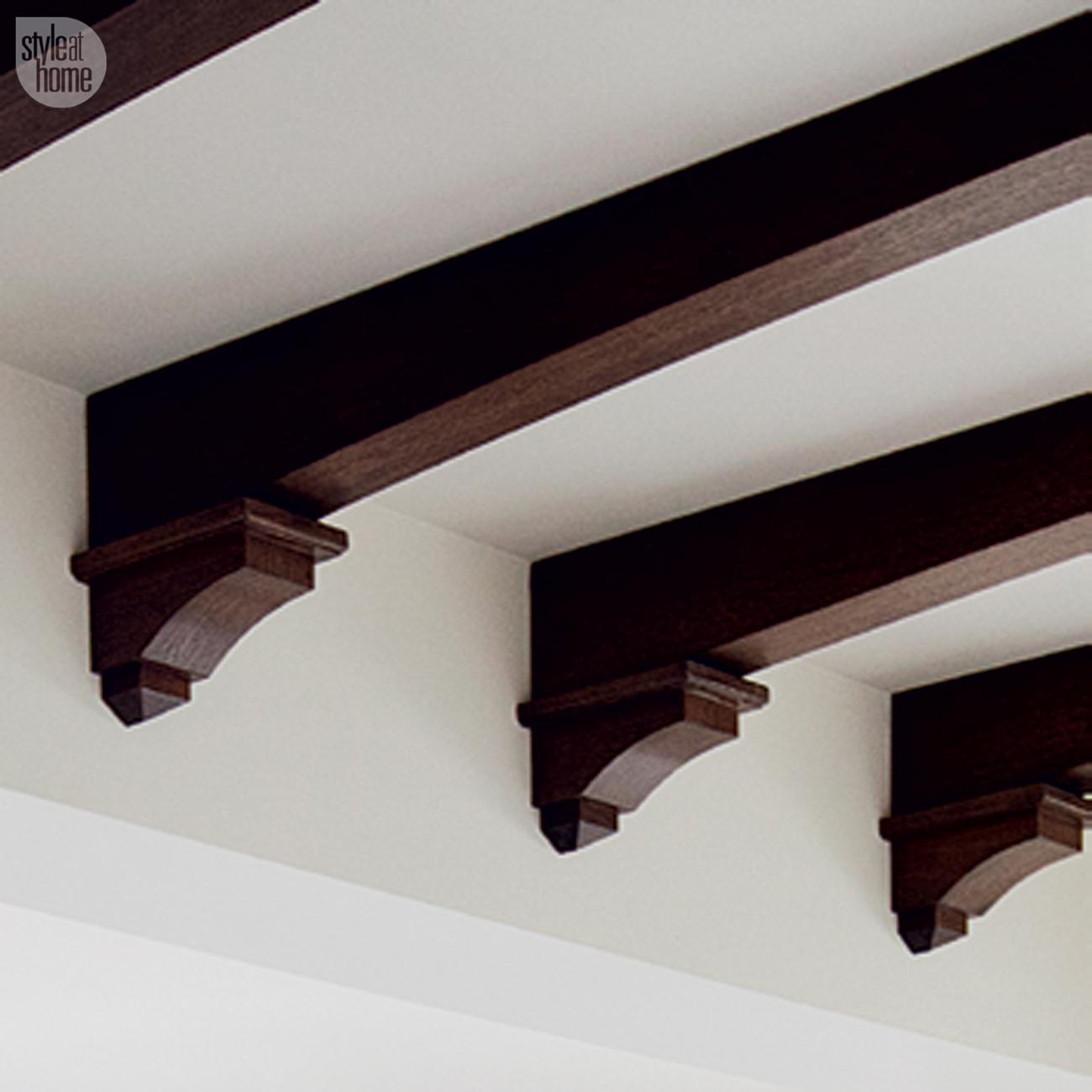 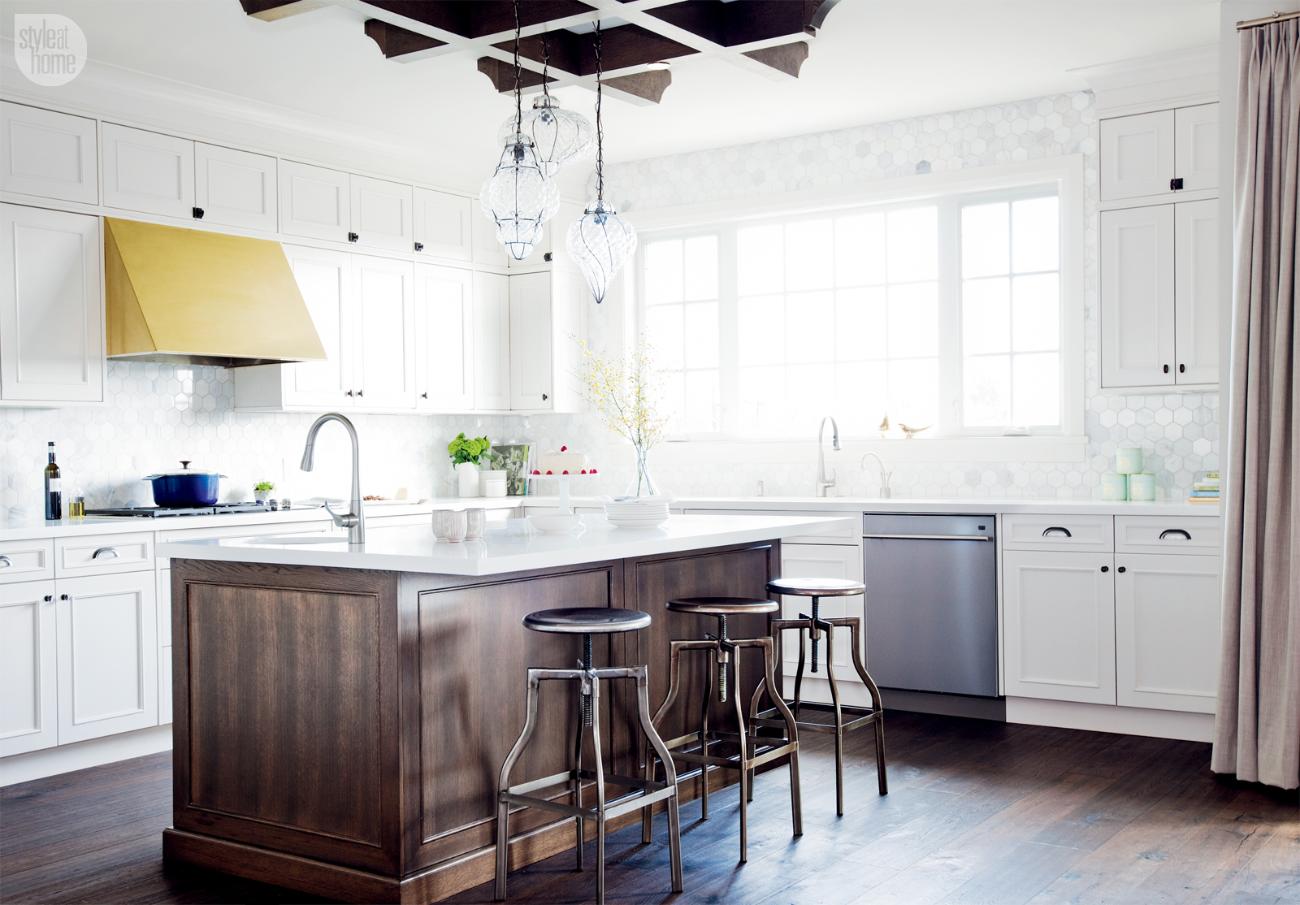 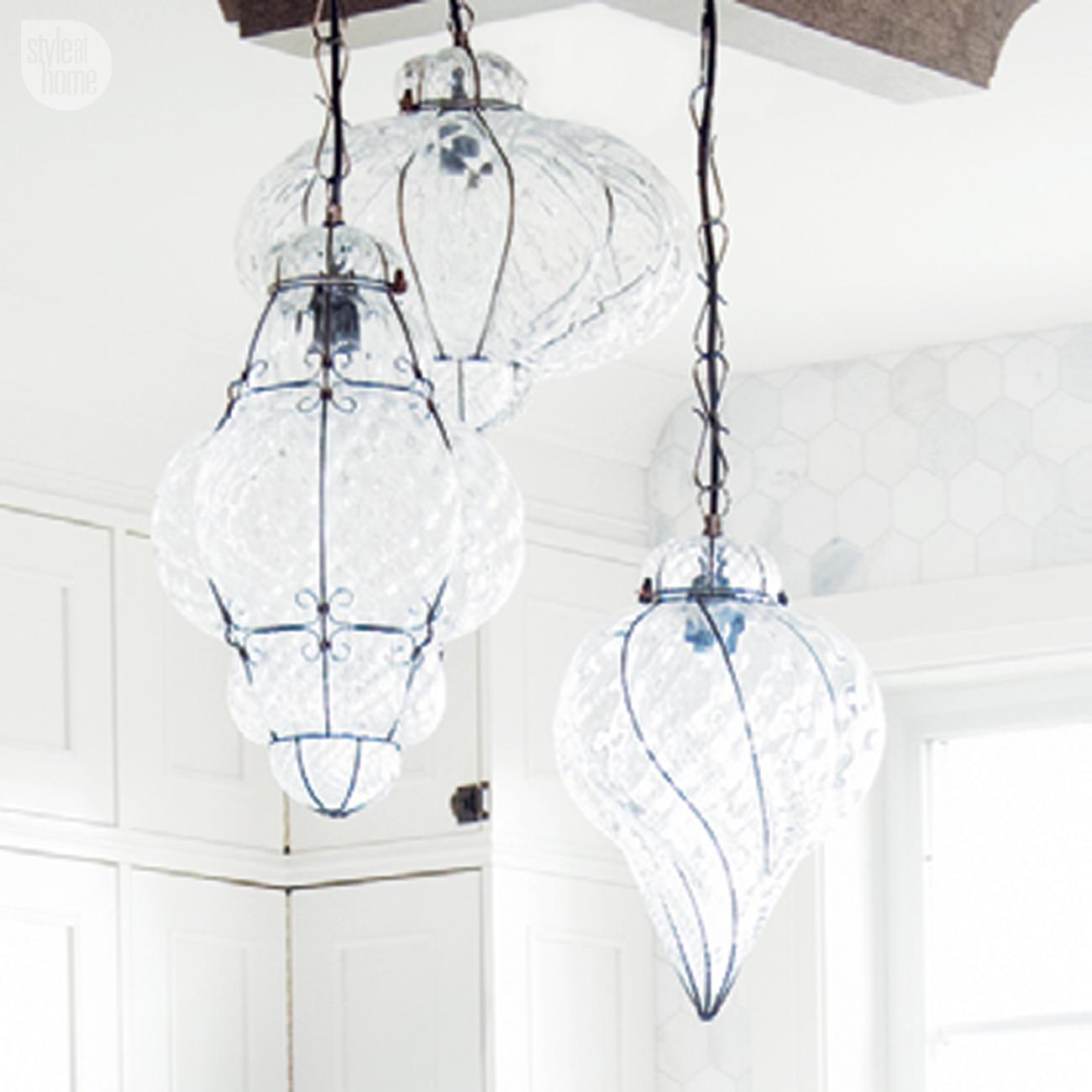 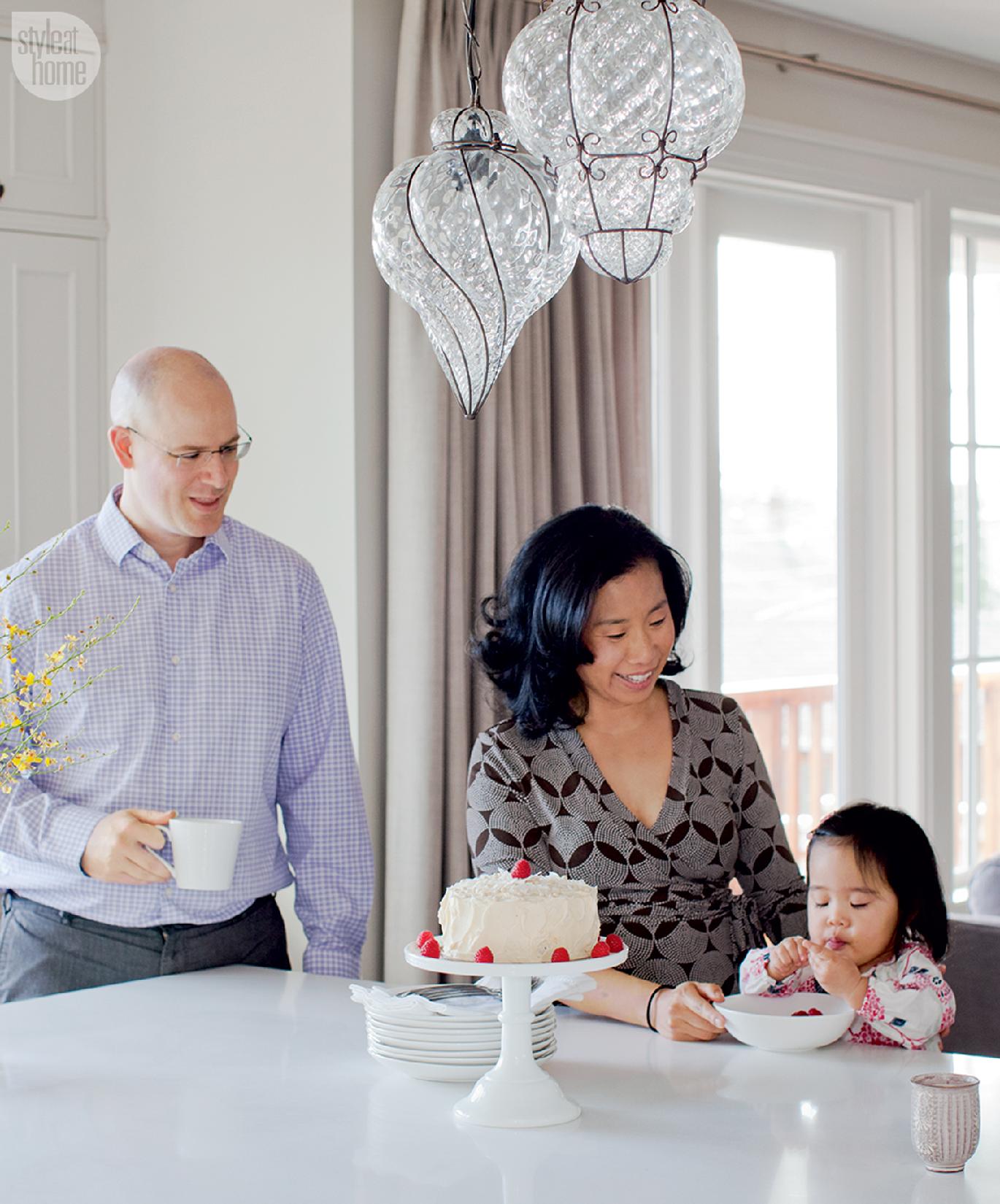 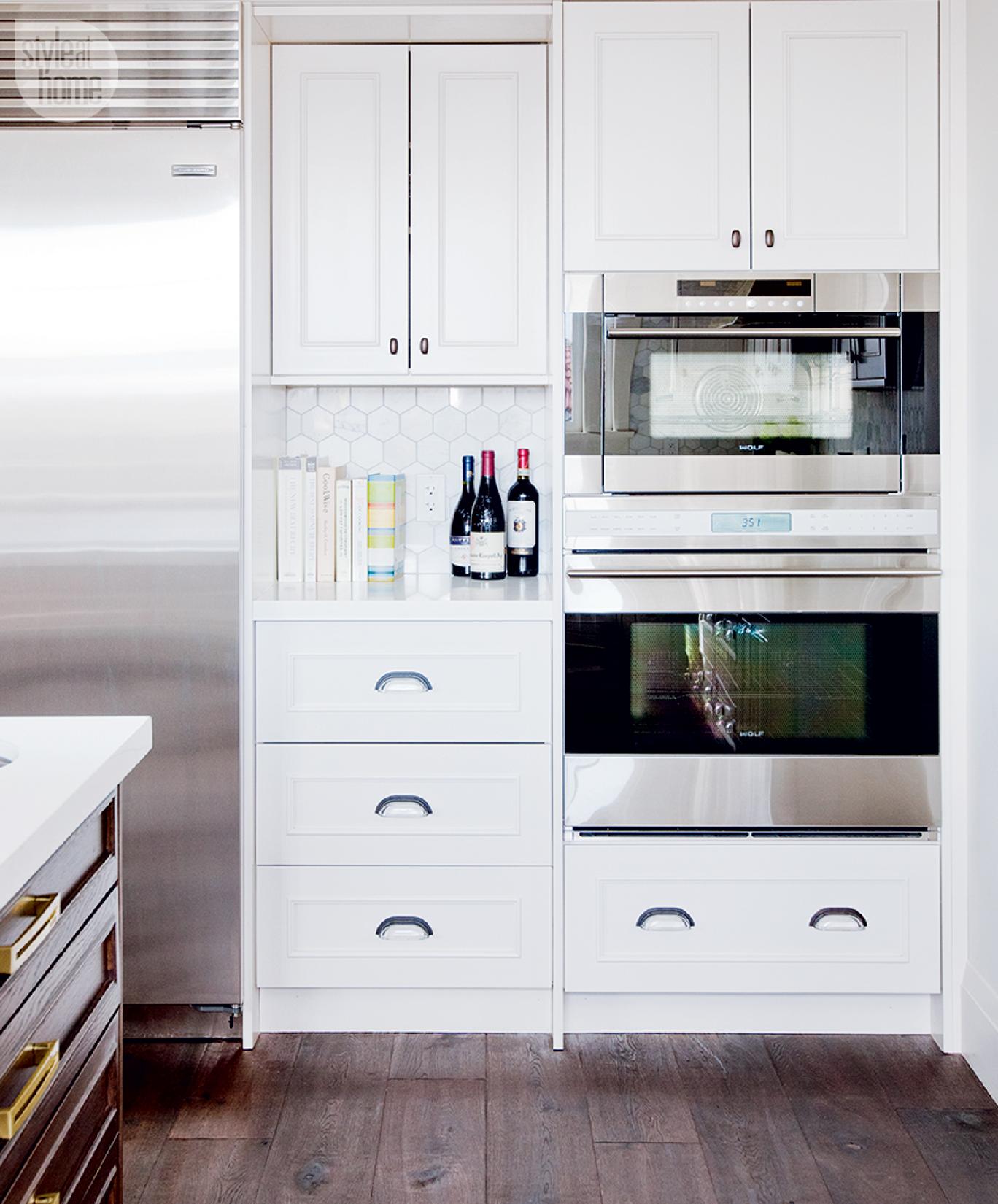 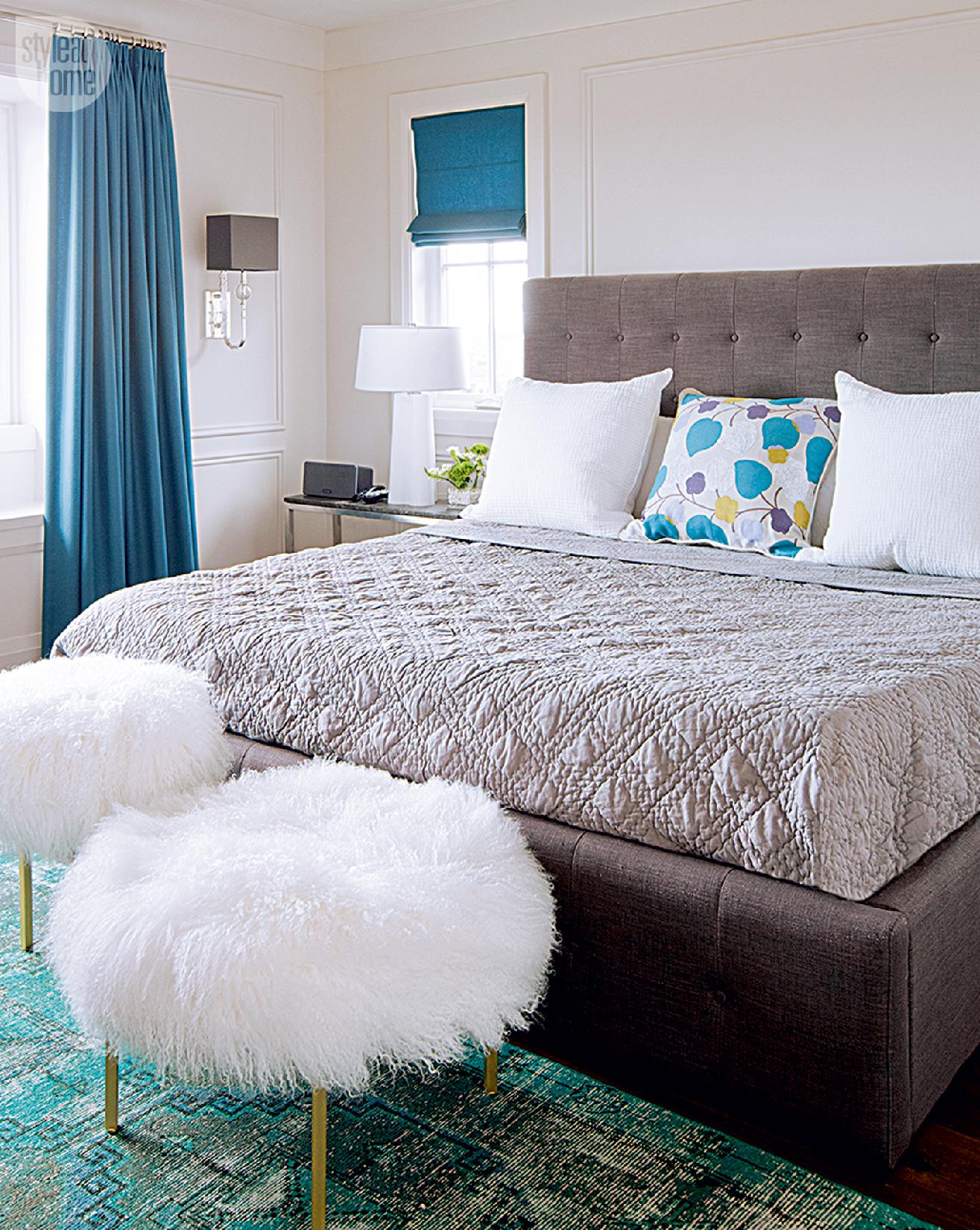 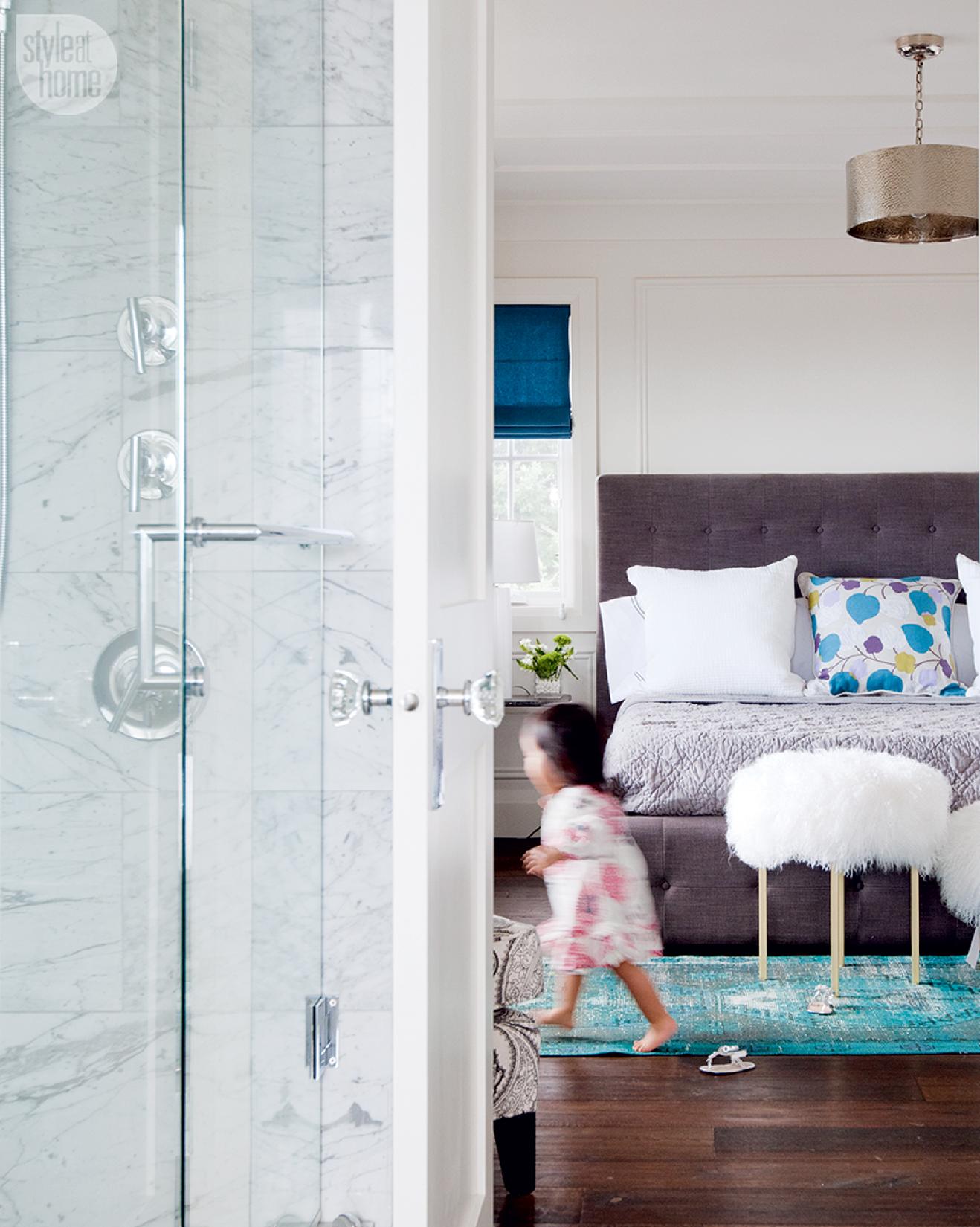 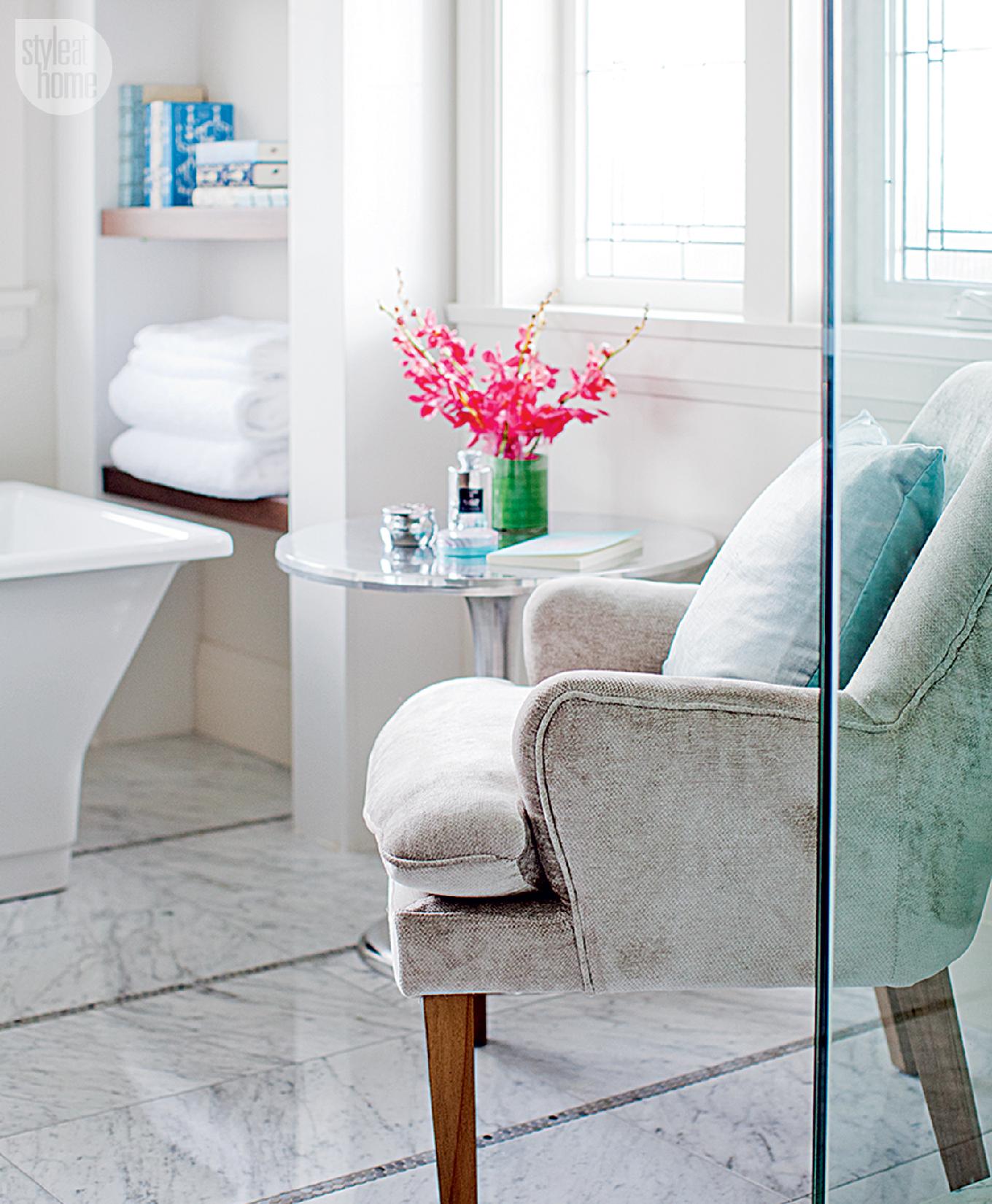 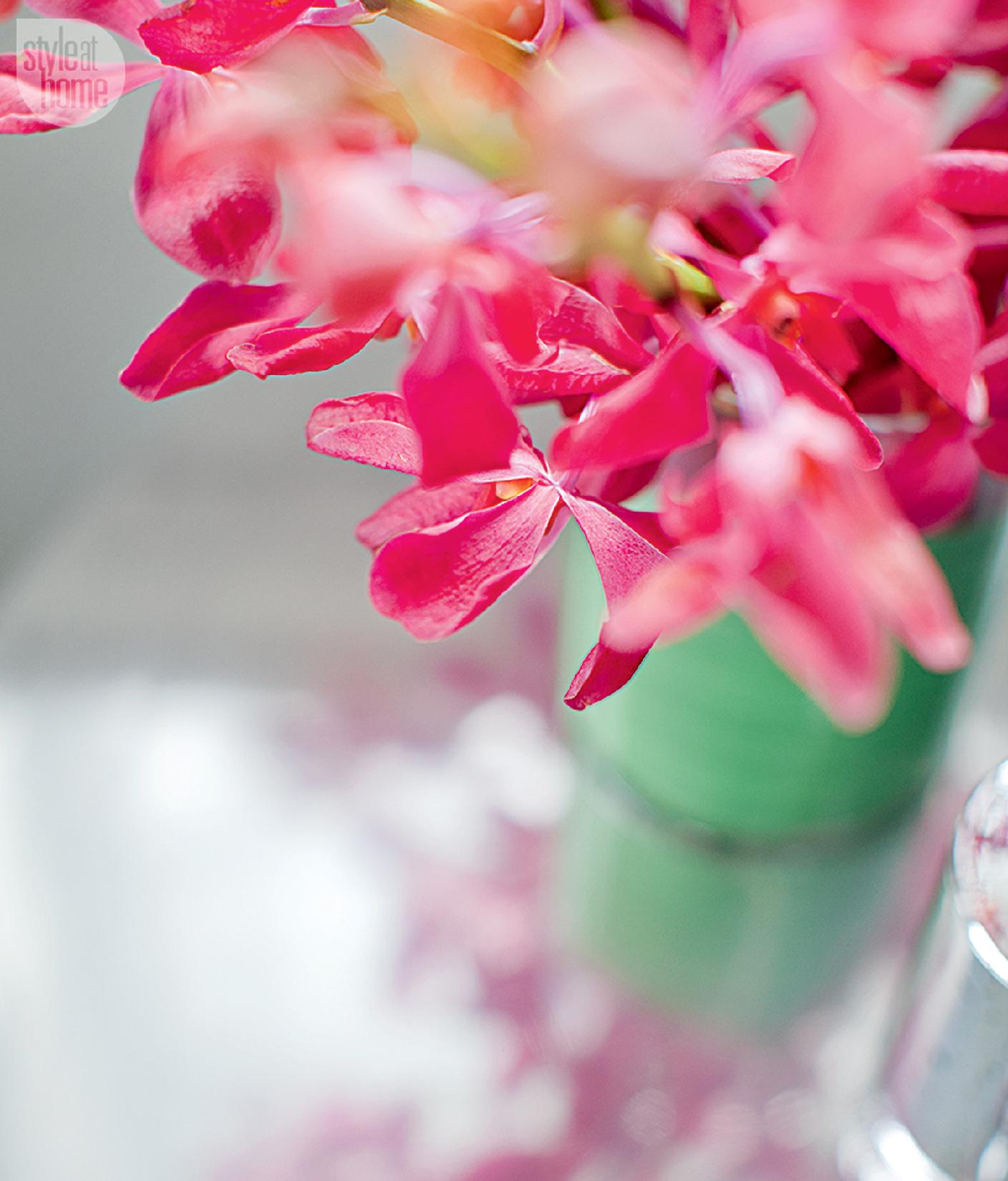 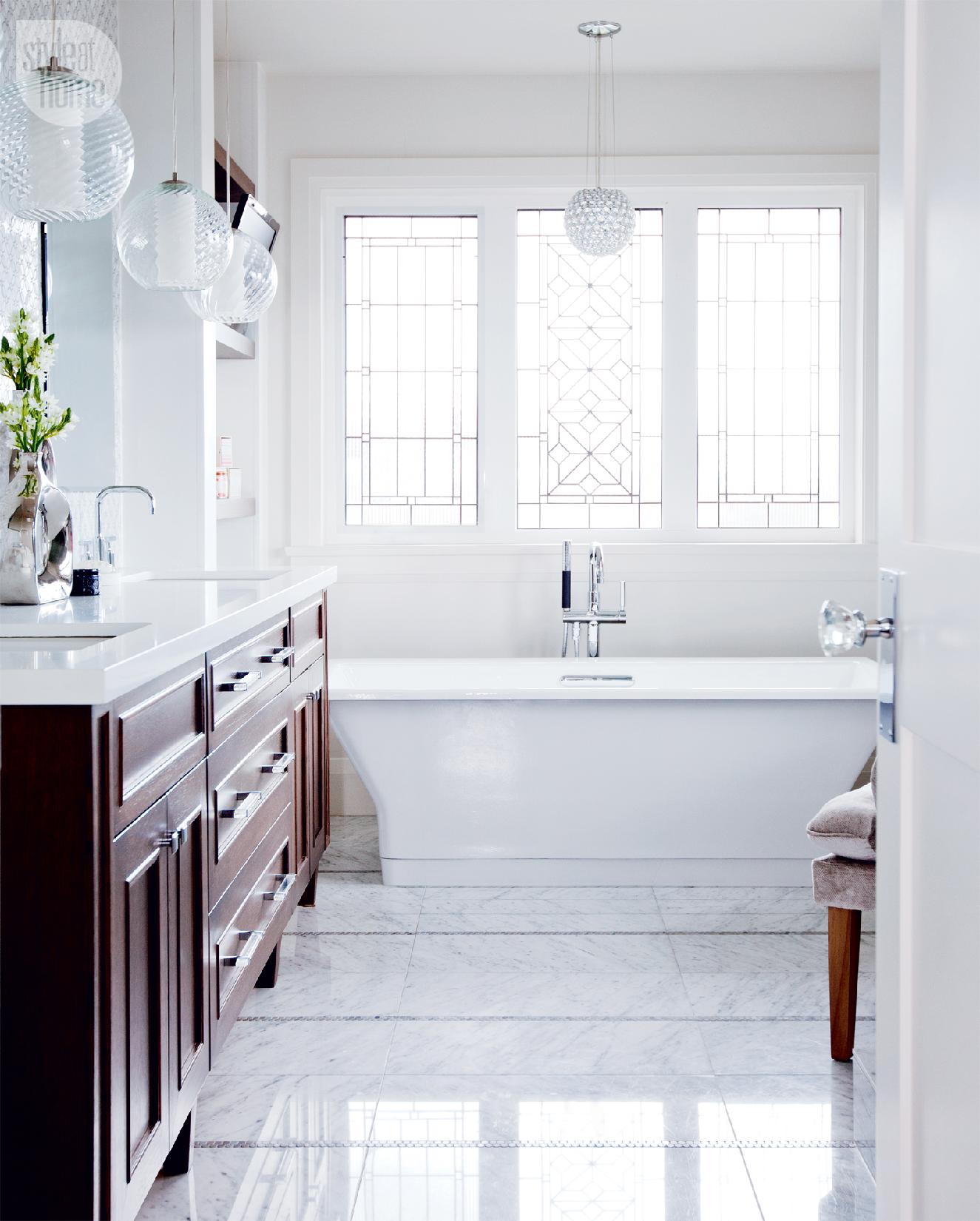 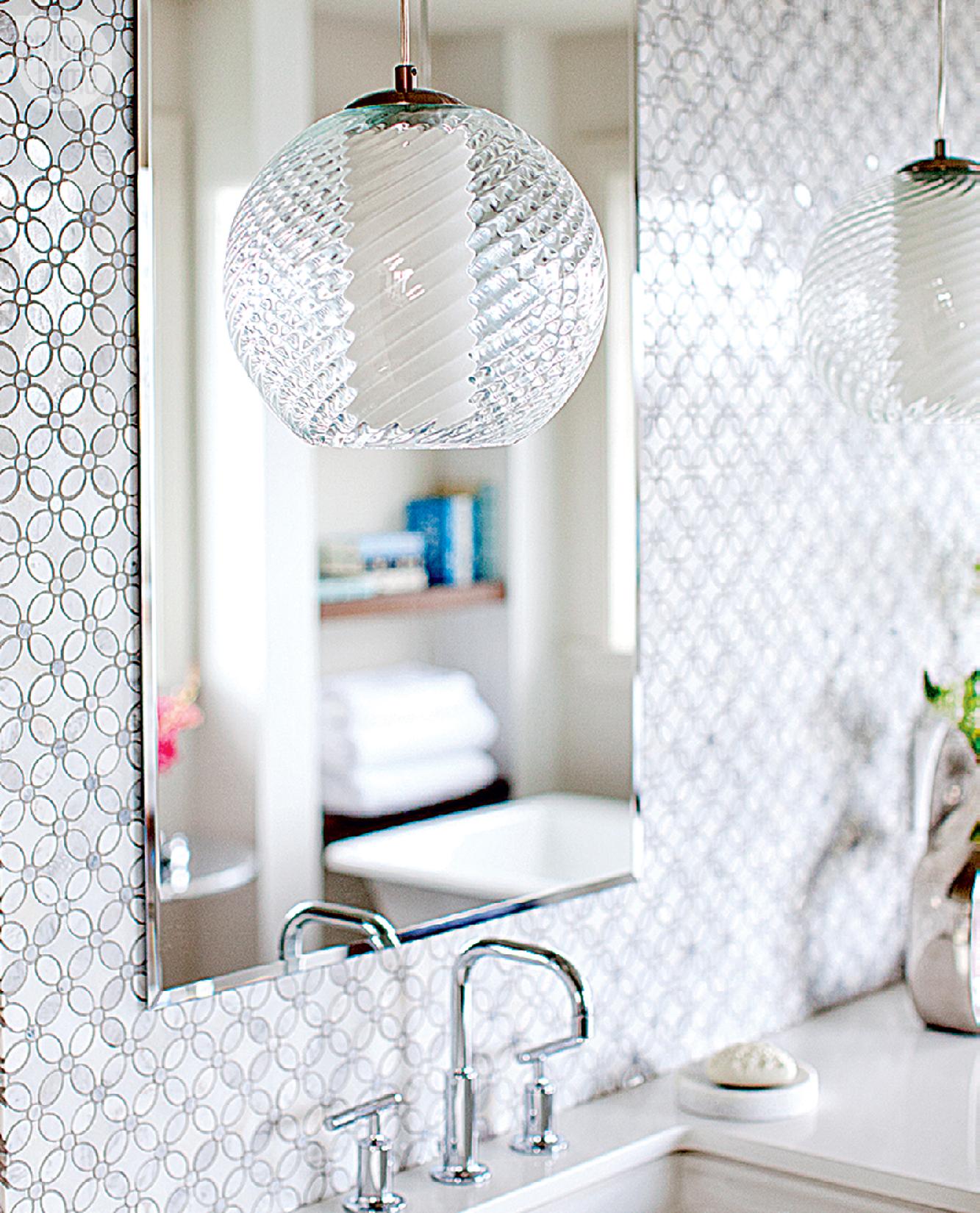 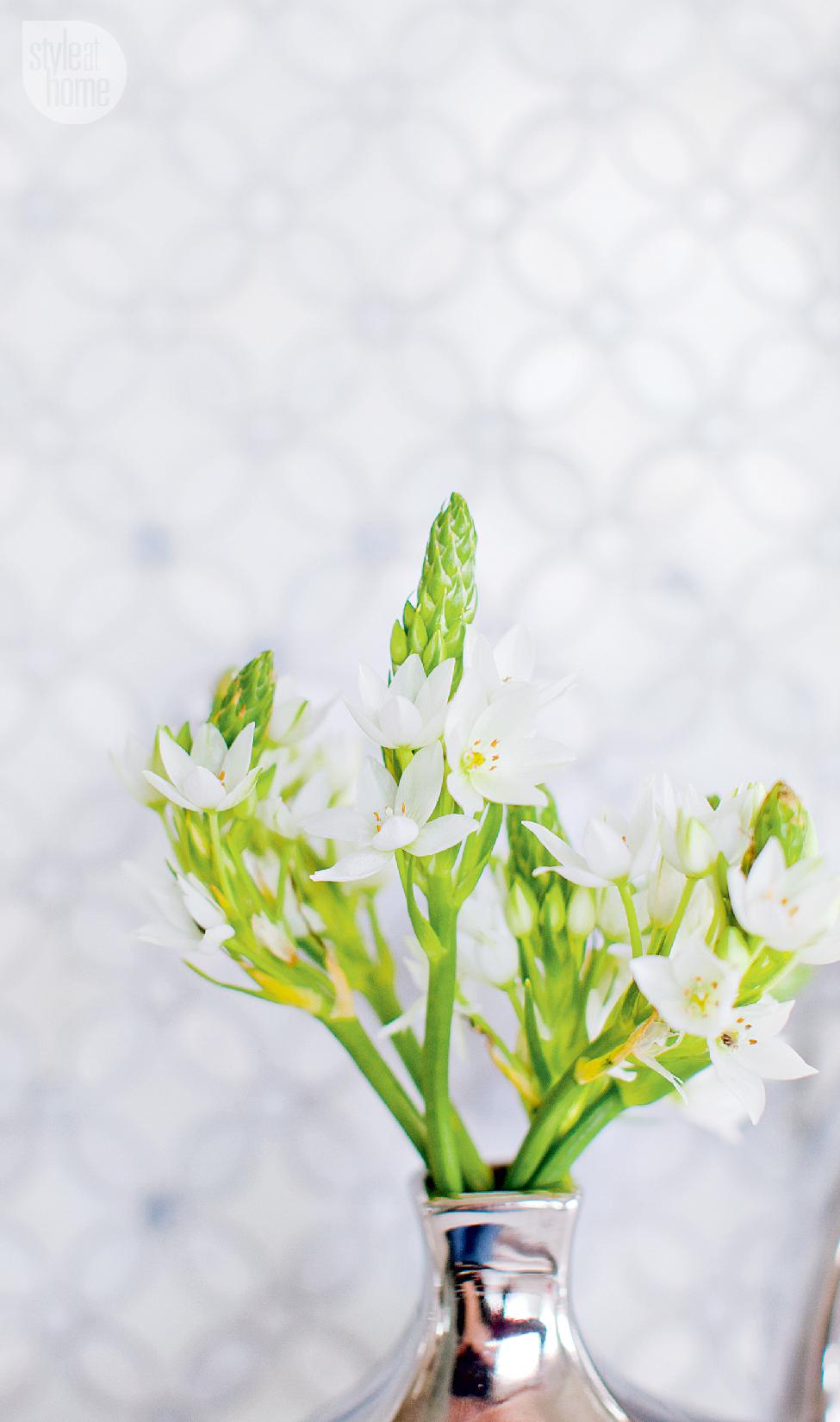 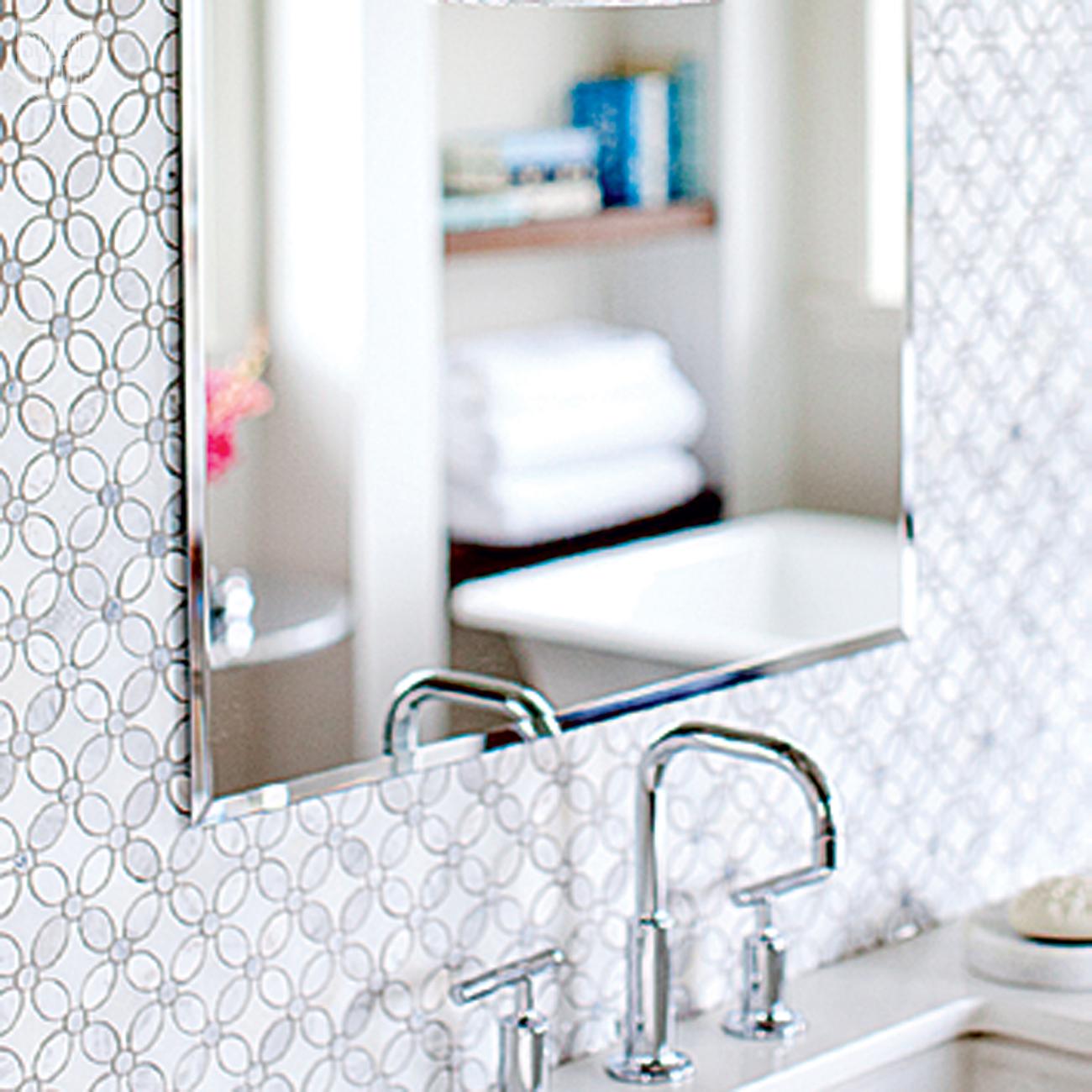 A slim console, round wall mirror and basket keep the entryway design tidy yet functional.

Drapery helps define the family room within the open floor plan design and provides a layer of softness. “With all the tiles in the kitchen, sound can bounce around. Drapes help absorb and diffuse it,” explains Ami.

Save vs. splurge: Armchair

“Go to your favourite furniture store and ask when their yearly sales are,” Ami advises.

While the dining room’s oak ceiling beams were pricey, designer Ami McKay says it’s an easy look to copy for less: “You could install ones made from a cheaper material, such as MDF.” A round table softens the linear elements in the space, while the filigree pendant light speaks to the pretty look homeowner Julianne Lee desired.

Save vs. splurge: Wooden beams

The home’s custom ceiling beams and mouldings are worth every penny.

The wood flooring and accents give the otherwise pale kitchen presence,” says Ami. One of the most striking kitchen design elements is above the island. “I call this a reverse coffer. Covering the whole ceiling would have been too busy. Here, it’s a strong backdrop to the sparkly pendant lights.”

Save vs. splurge: Pendant lights

The Italian blown-glass pendant lights are the jewels of the gorgeous kitchen.

Homeowners Scott Schlesier and Julianne Lee share dessert with their daughter, Hana, at the kitchen island.

The furry bedroom stools are pure fun: “They add interest, and Hana loves them!” says Ami.

An upholstered chair in the master bathroom was one of Julianne and Scott’s only requests. It’s away from any water source and adds a soft finishing touch to the cool space.

Ami relied on a combination of family-friendly funishings that would accomodate the needs of the young family and still offer beautiful ornamentation.

The pendant light above the bathtub is a departure from a more expected chandelier and doesn’t compete with the leaded-glass windows. Ami says, “There is a lot of sparkle in the master bathroom and lots of strong lines for a good mix of masculine and feminine.”

The stunning master bathroom design is a calibration of high and low, running the gamut from Italian marble wall tiles to the vanity mirrors, which came from a big-box store.

To channel Julianne’s vision, Ami kept the palette light and neutral with splashes of colour throughout. “The soft shades create a feminine quality in each room,” she says, “but in a way that feels cool, modern and fresh.”

Save vs. splurge: Mirrors

To balance the cost of the Italian marble wall tiles, Ami opted for budget-friendly mirrors.