This turn-of-the-century house showcases a contemporary aesthetic with Asian sensibility.

When Muriel Solomon, a media executive, and her husband, Jordan, a biofuel business owner, moved into this turn-of-the-century midtown Toronto home in 2002, they opted for a quick cosmetic fix at first, pulling up carpet, stripping old wallpaper and painting the walls white. By the time they committed to a major structural renovation, they had been there for eight years. Muriel knew how her family lived, what the problems were and how to make the space work, allowing her to make smart design choices.

“The previous kitchen was tiny and had a bad layout,” she says. “When I was cooking, I felt very isolated."

To remedy this, the Solomons enlisted the help of Toronto architect Drew Mandel to extend the back of their house by 15 feet on one side and three feet on the other to accommodate a large, open kitchen and family room. 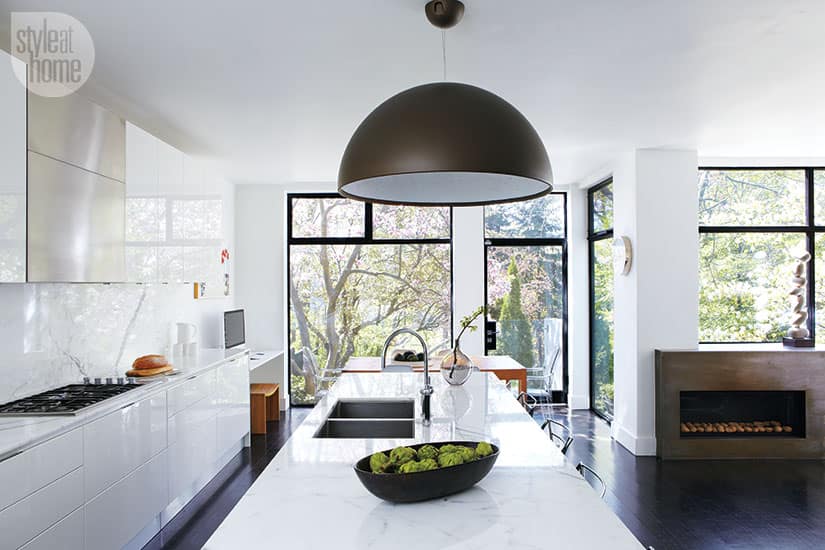 "Now I can interact with my kids and husband while I cook, look outside and see the garden or enjoy the burning fire with everyone around," says Muriel. 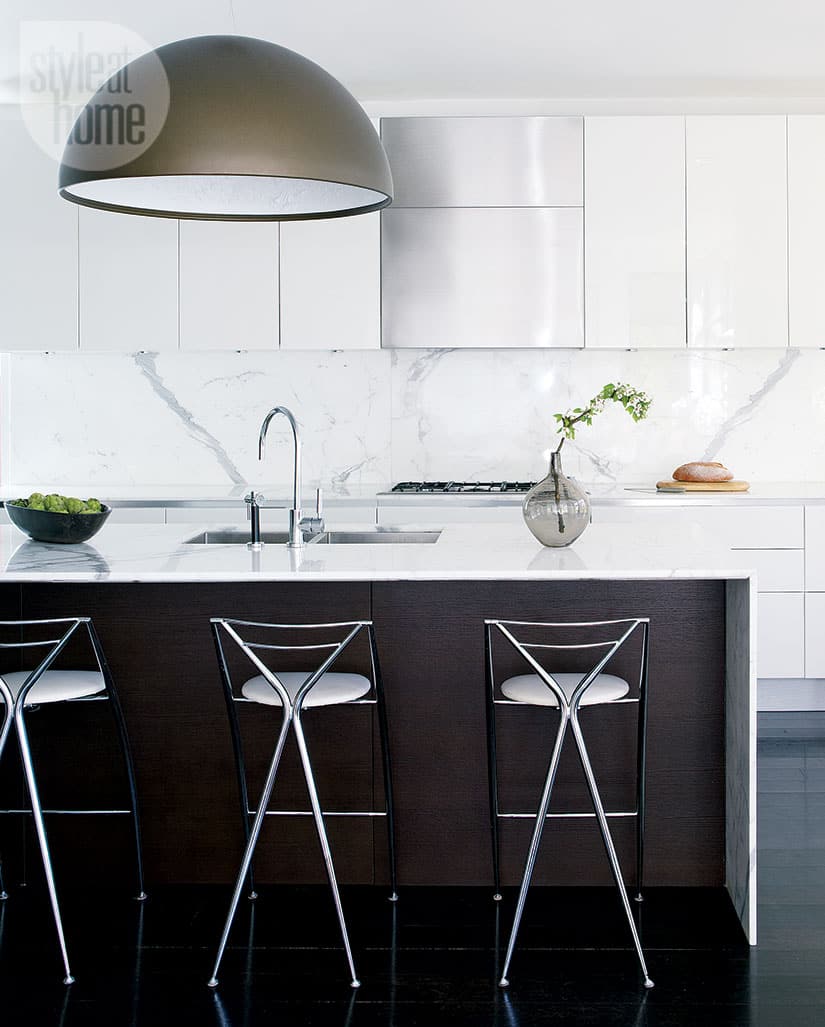 To create a streamlined look, the kitchen’s high-gloss cabinetry was installed higher than the standard height to align with the stainless steel range hood. “Upper cabinetry typically sits lower, but I don’t like the way most range hoods notch up from it,” says Muriel. The large-scale grey veining on the Statuario marble backsplash and countertops provides an organic feel and adds interest to the otherwise sleek unadorned palette. 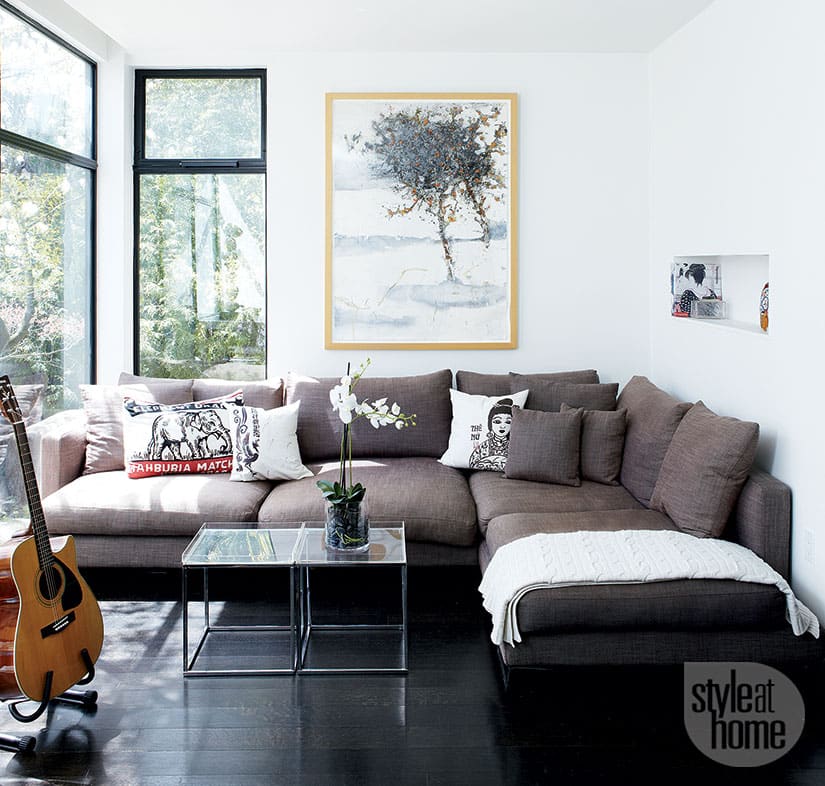 Beyond functionality, Muriel focused on creating a serene mood by blurring the lines between indoors and out.

A linen-covered sectional offers a space to lounge in the family room, which is open to the kitchen. “There’s definitely an Asian influence,” says Muriel, noting the playful motifs on the toss cushions and the artwork with a Japanese sensibility above the sofa. Put together, two side tables serve as a coffee table; they have removable Plexiglas tops that can be used as trays. 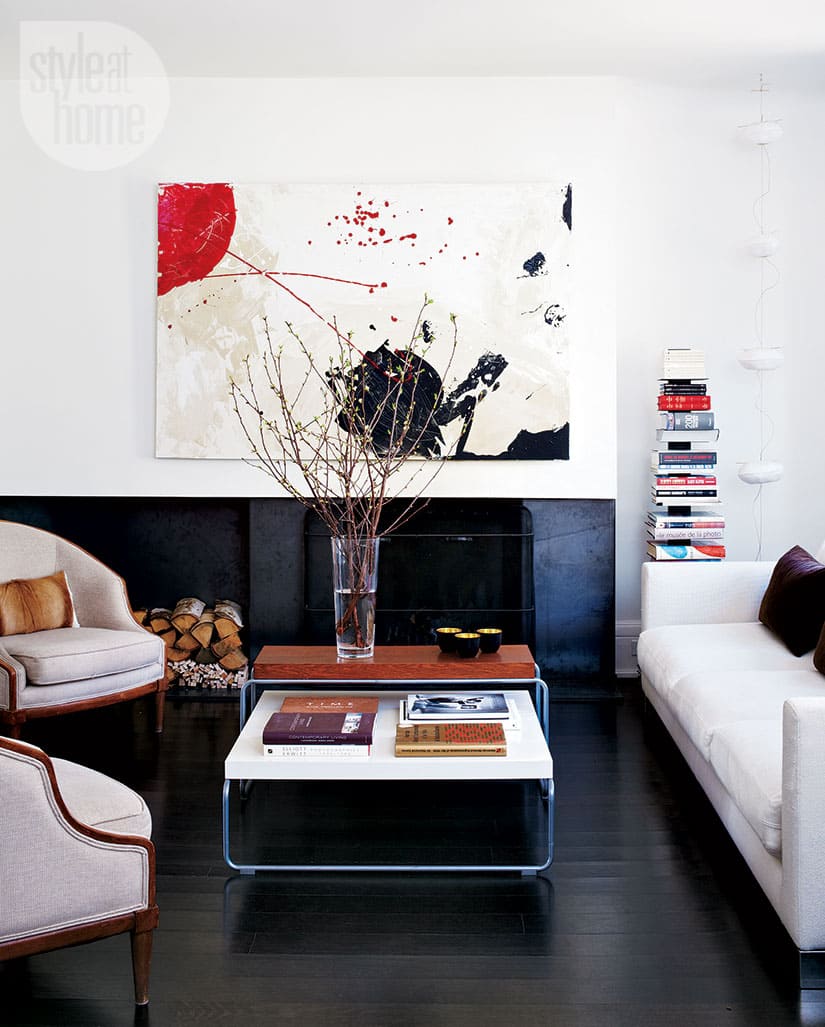 The family room, which is open to the kitchen, has a comfy sectional, but not a TV. “Since my daytime life revolves around television, I wanted to be able to step away from it when I get home in the evening,” says Muriel. “I want my house to be a retreat for reading, playing, chatting and listening to music.”

She replaced the living room’s original brick fireplace with a more contemporary steel version, which echoes the one in the kitchen. Elements like antique armchairs, abstract artwork and a suspended light fixture by French designer Celine Wright add personality to the modern space. The artwork was a Mother’s Day gift from her son, Jeremie, when he was 10 (he’s 12 now, and an accomplished artist). 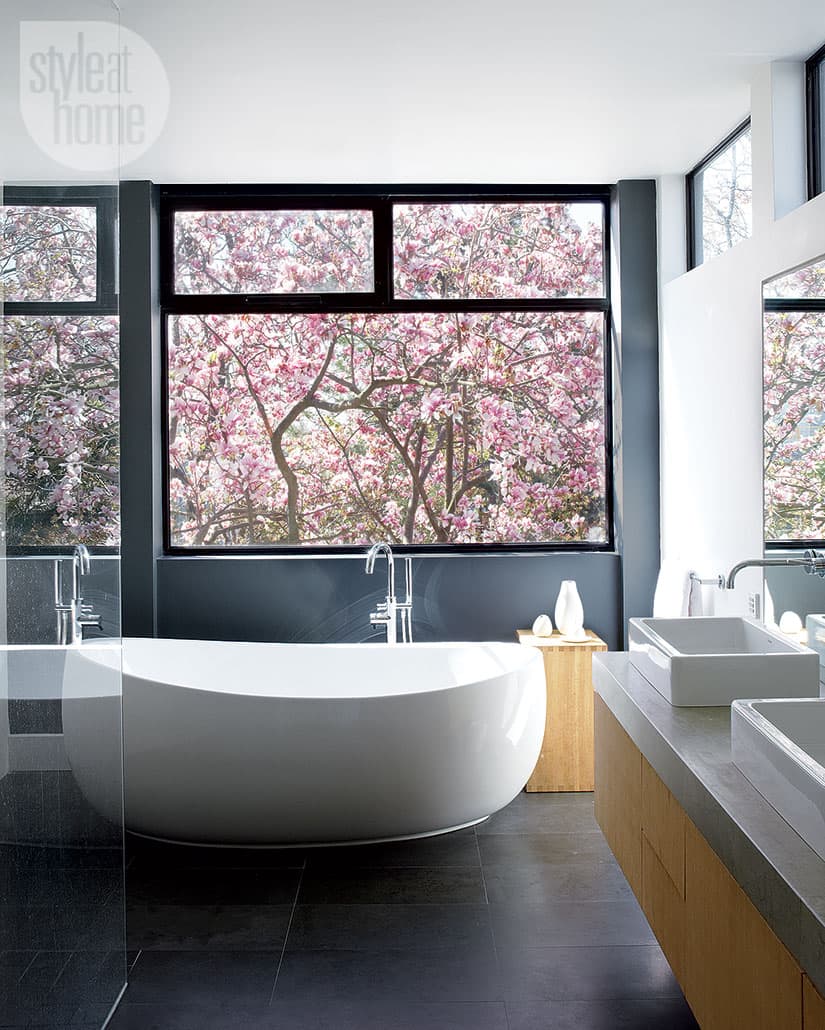 In the master bath, the inviting soaker tub sits underneath the window, so it feels like “you’re up in the trees,” says Muriel. The minimal, defined lines of the vanity and bathtub enhance the soothing Zen feel. 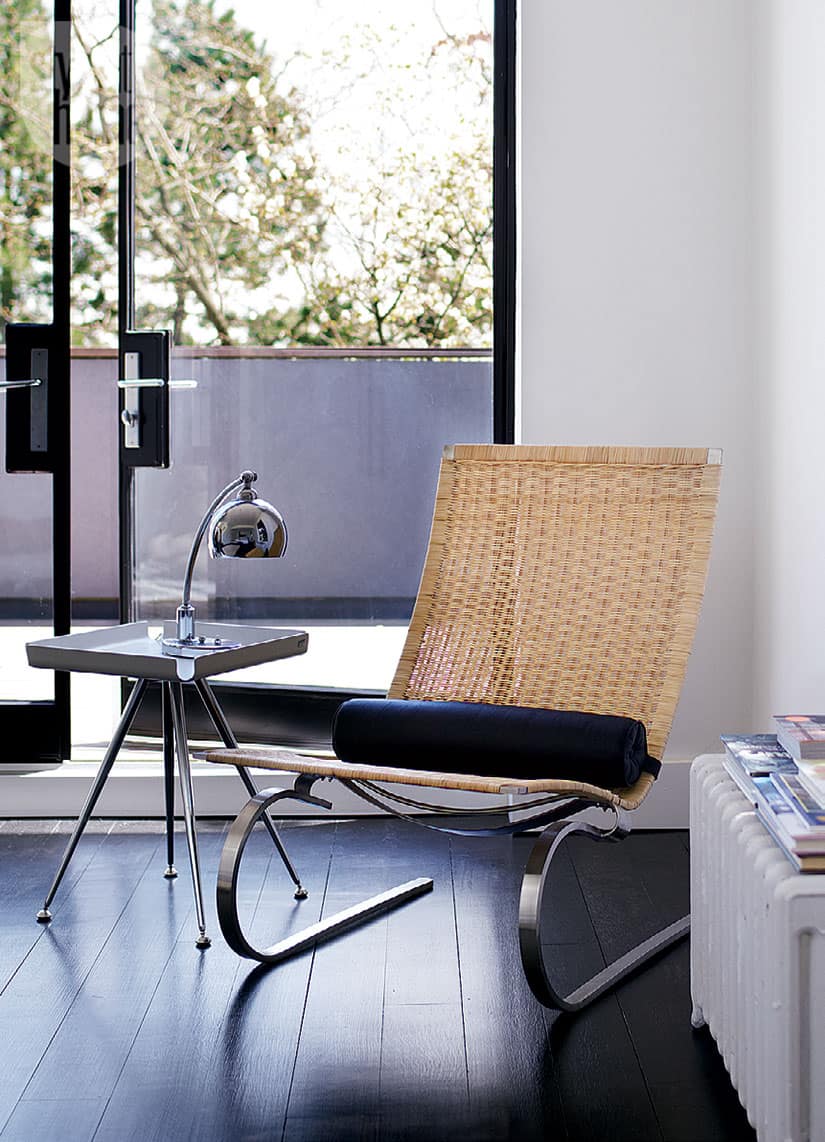 Sitting in this sunny reading nook is the closest Muriel gets to enjoying a book outdoors in the winter.