Located in a pocket of Toronto lined with character-filled 19th-century dwellings, this 1987-built home stood out from the crowd. “In this neighbourhood, everyone wants a Victorian,” says one of the homeowners, “but we were happy to take this house and inject its relatively modern design with timeless personality.”

The couple, who has two young sons, was on a Sunday stroll two years ago when they noticed a house for sale. “It was just around the corner from our old place and erected by the same developer,” says one of the homeowners. “While we were happy in our semi, this one was fully detached and had a backyard for the boys.” Having lived in a similarly built house, they were familiar with the advantages of newer construction. “Sure, a Victorian facade, which is typical to the area, would have been nice,” admits one homeowner. “But we knew this place would work better as the boys got bigger, and there’d be none of the major structural surprises that often pop up when renovating an older home.” 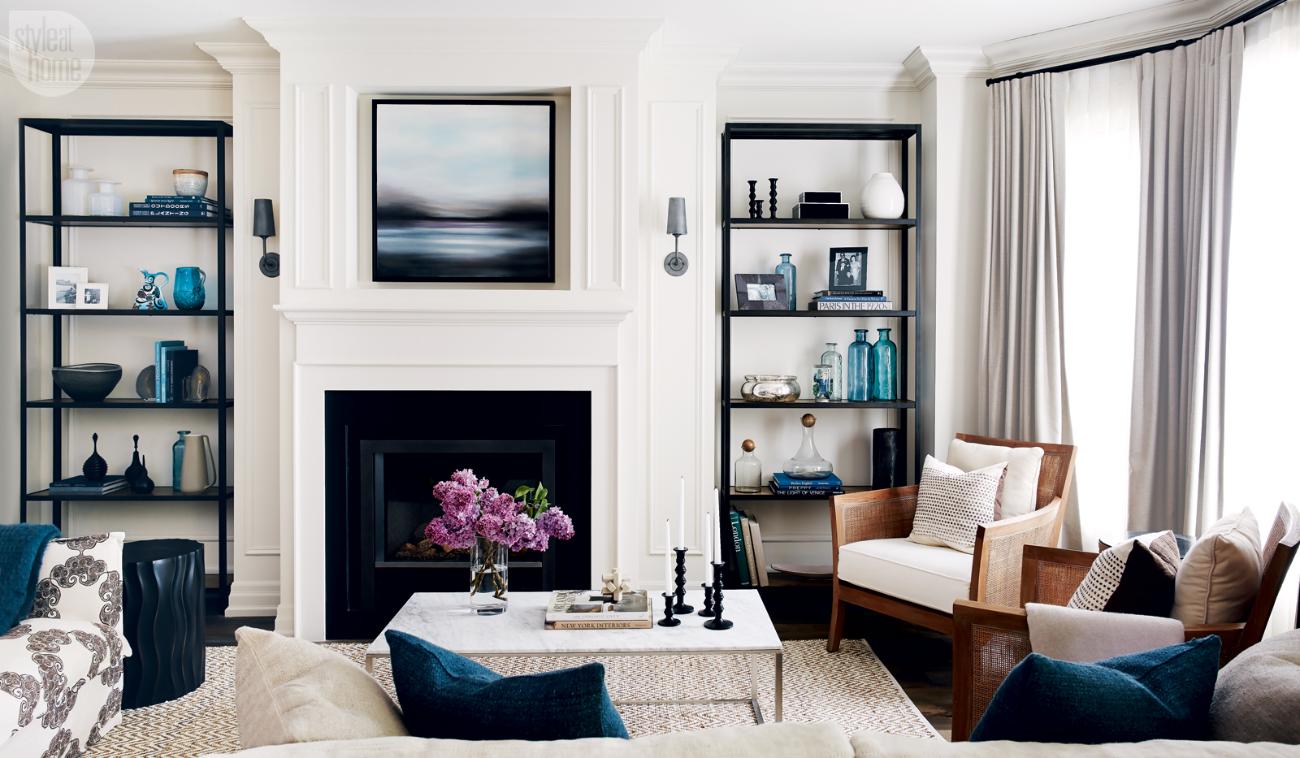 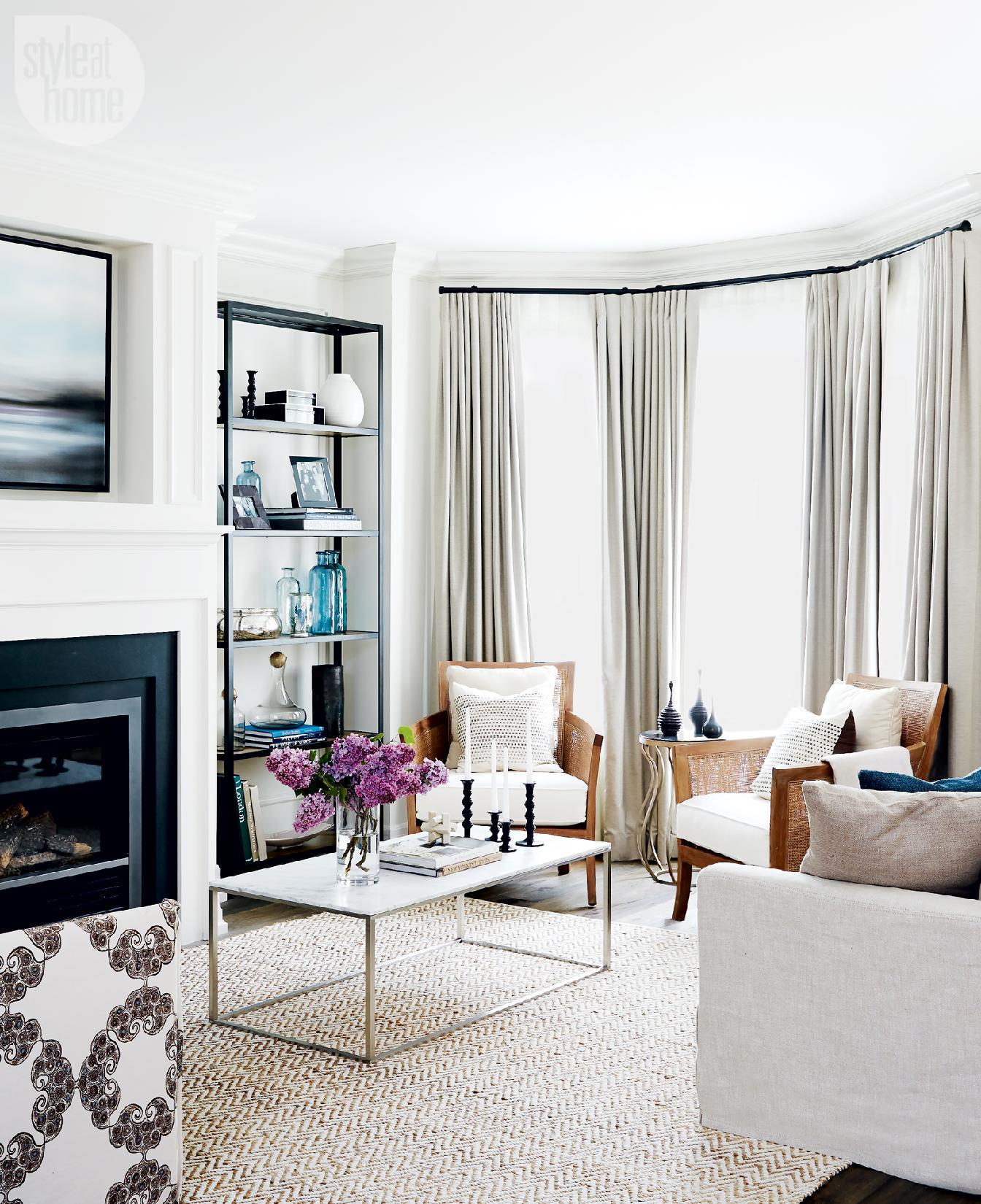 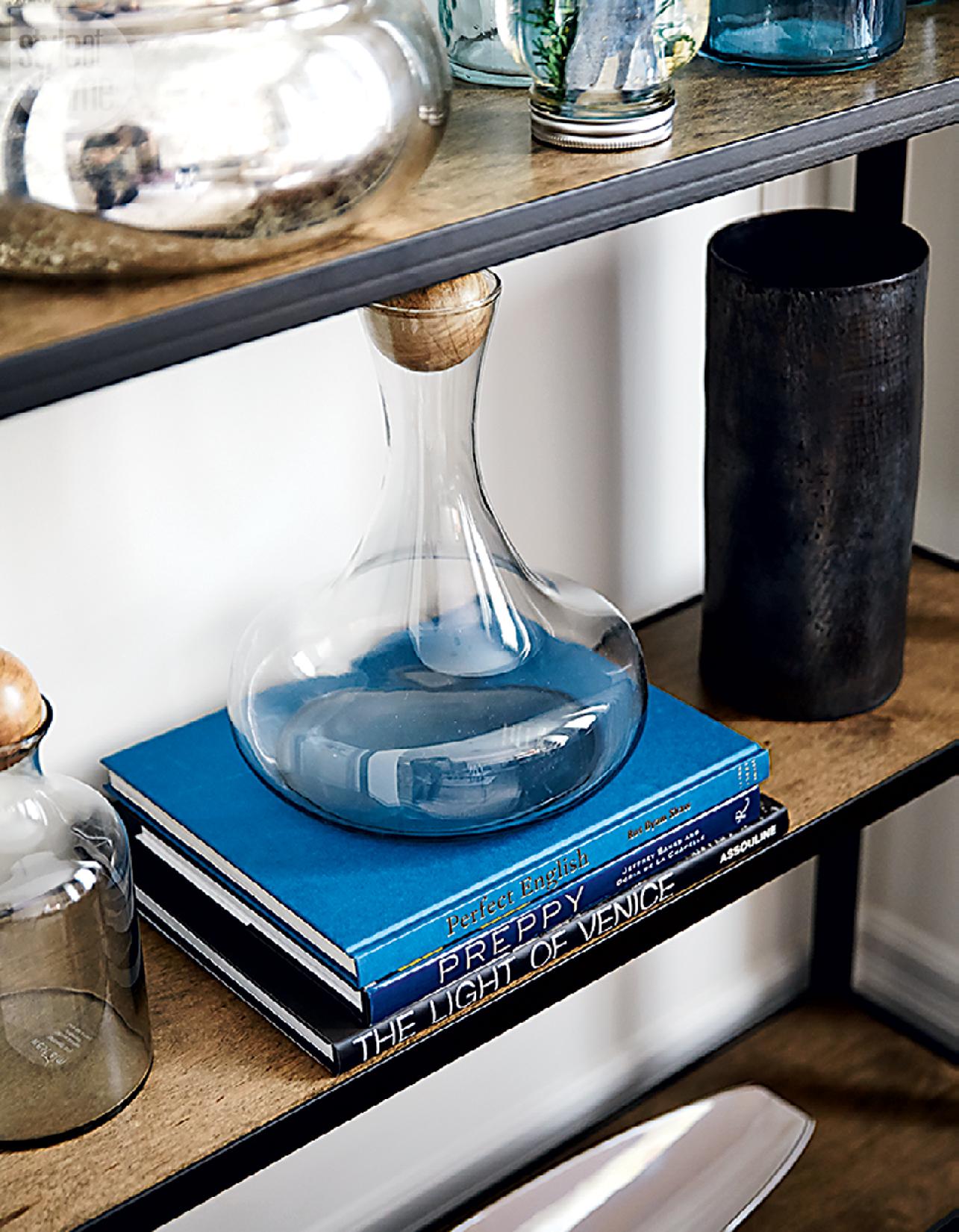 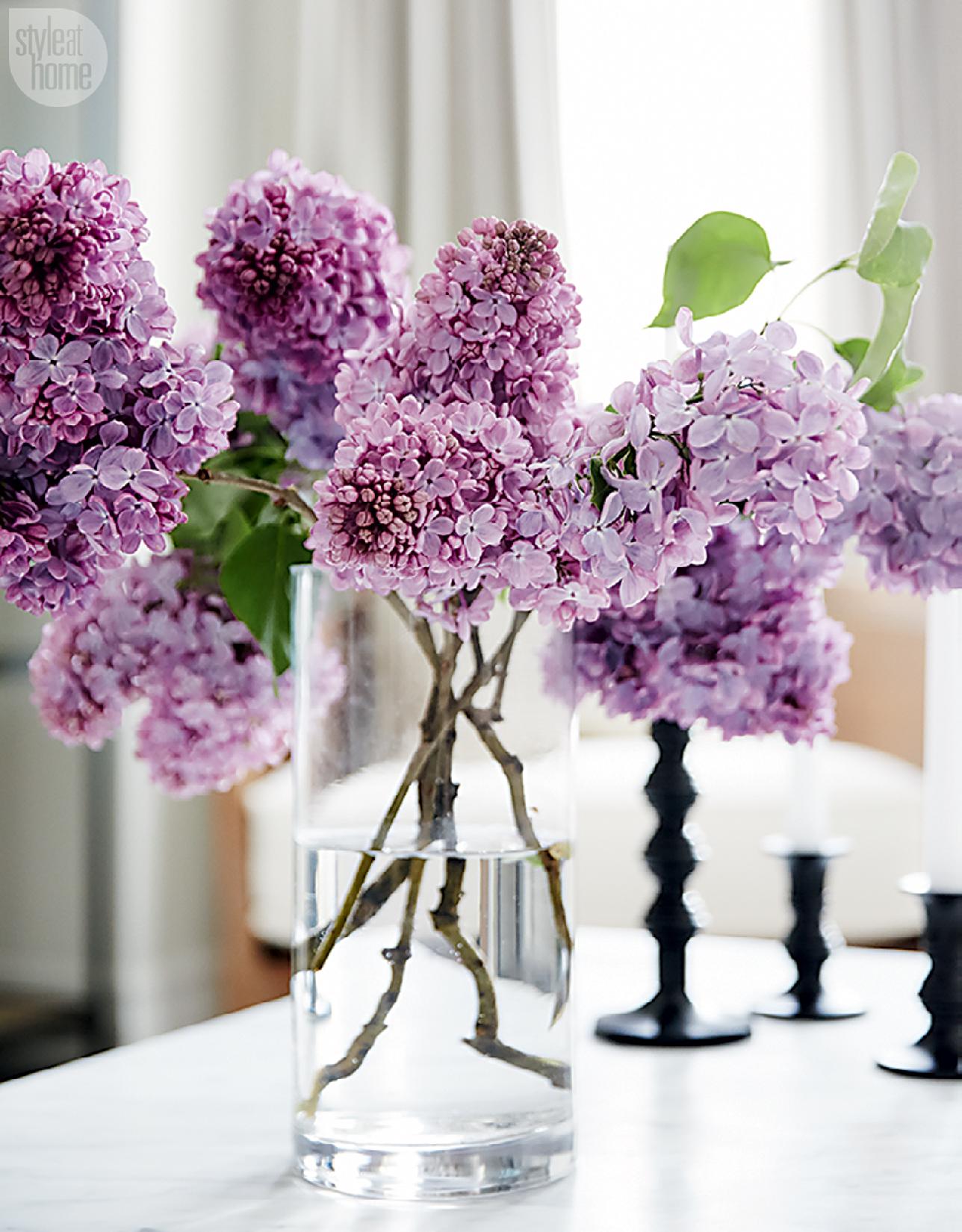 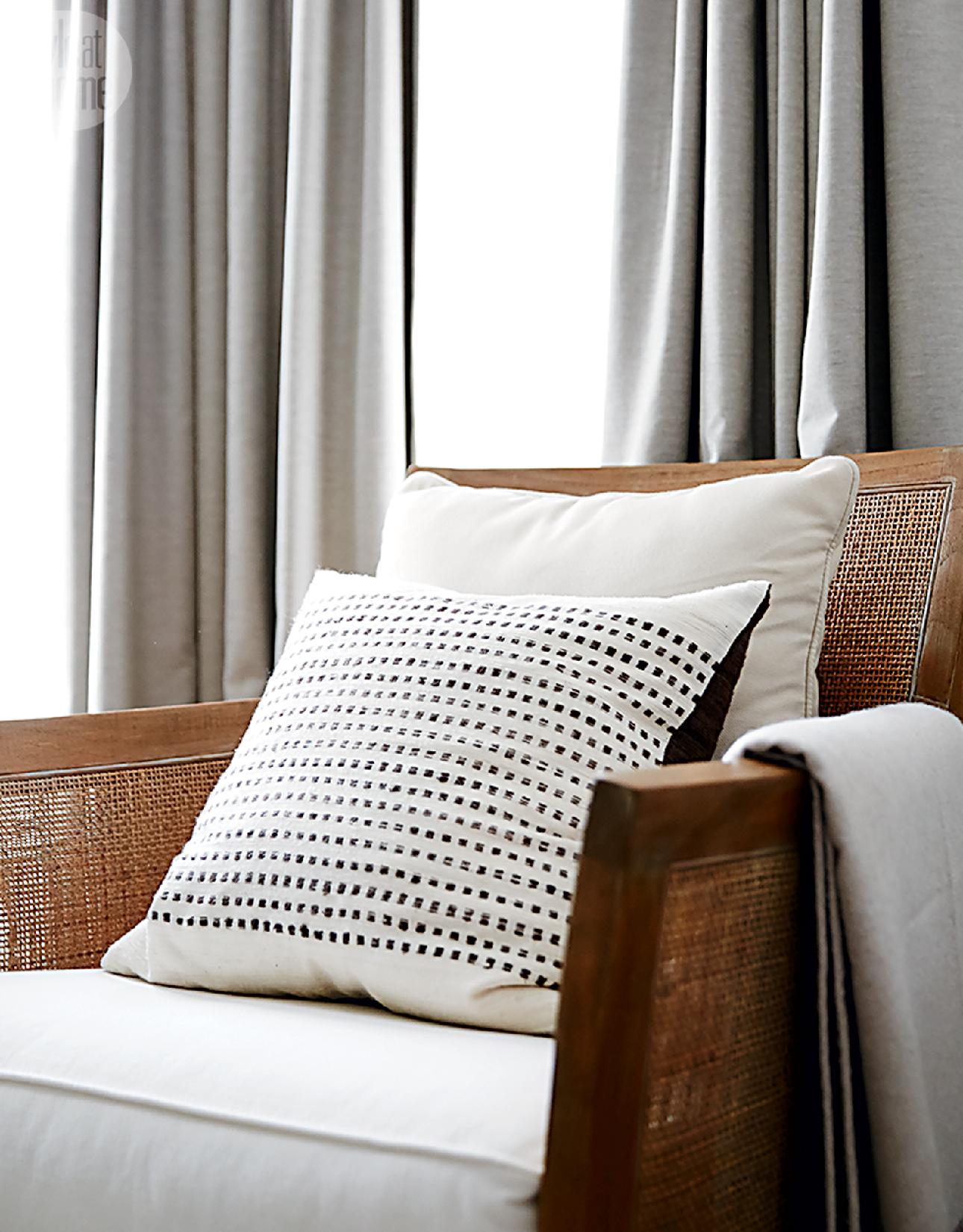 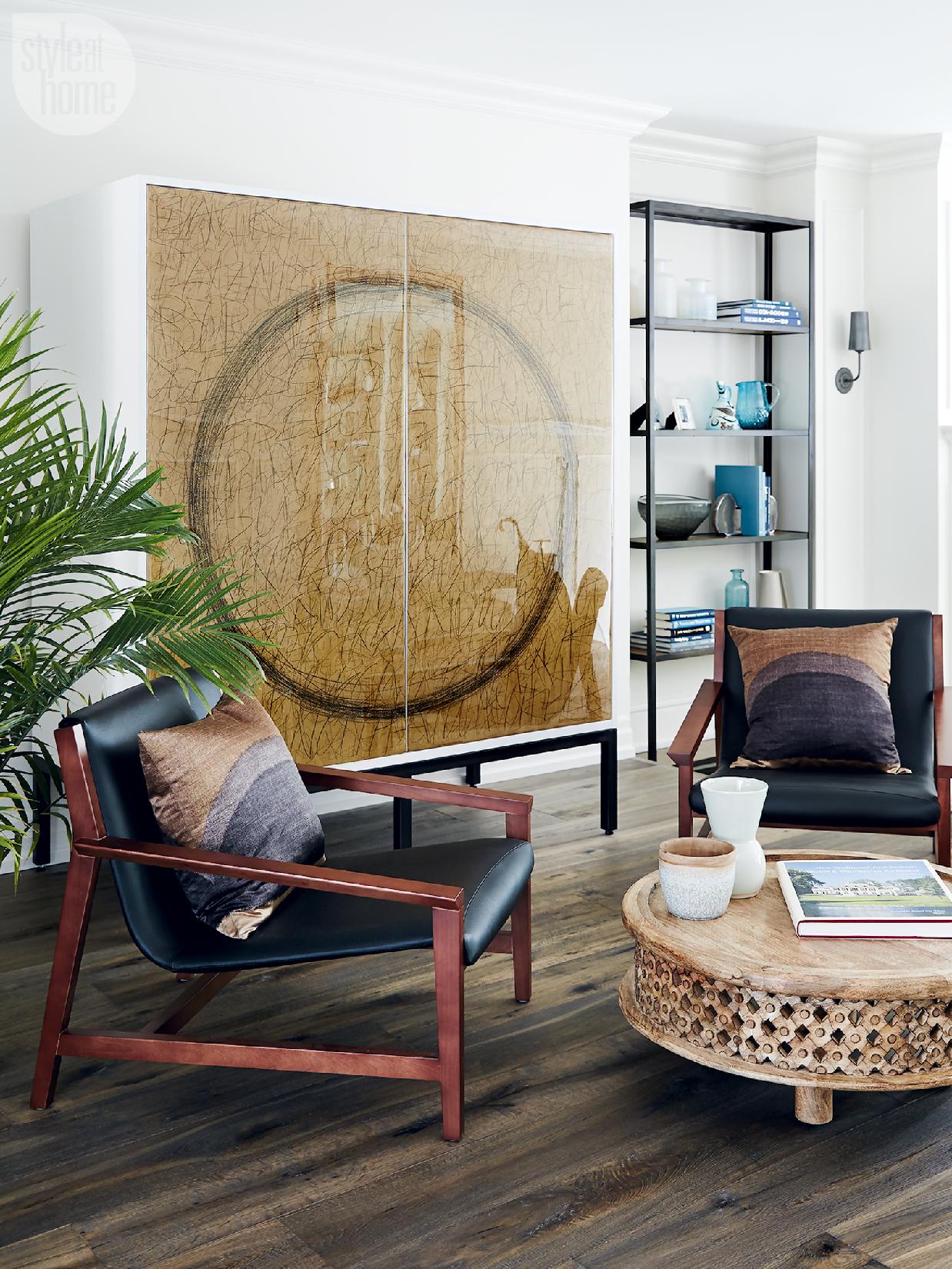 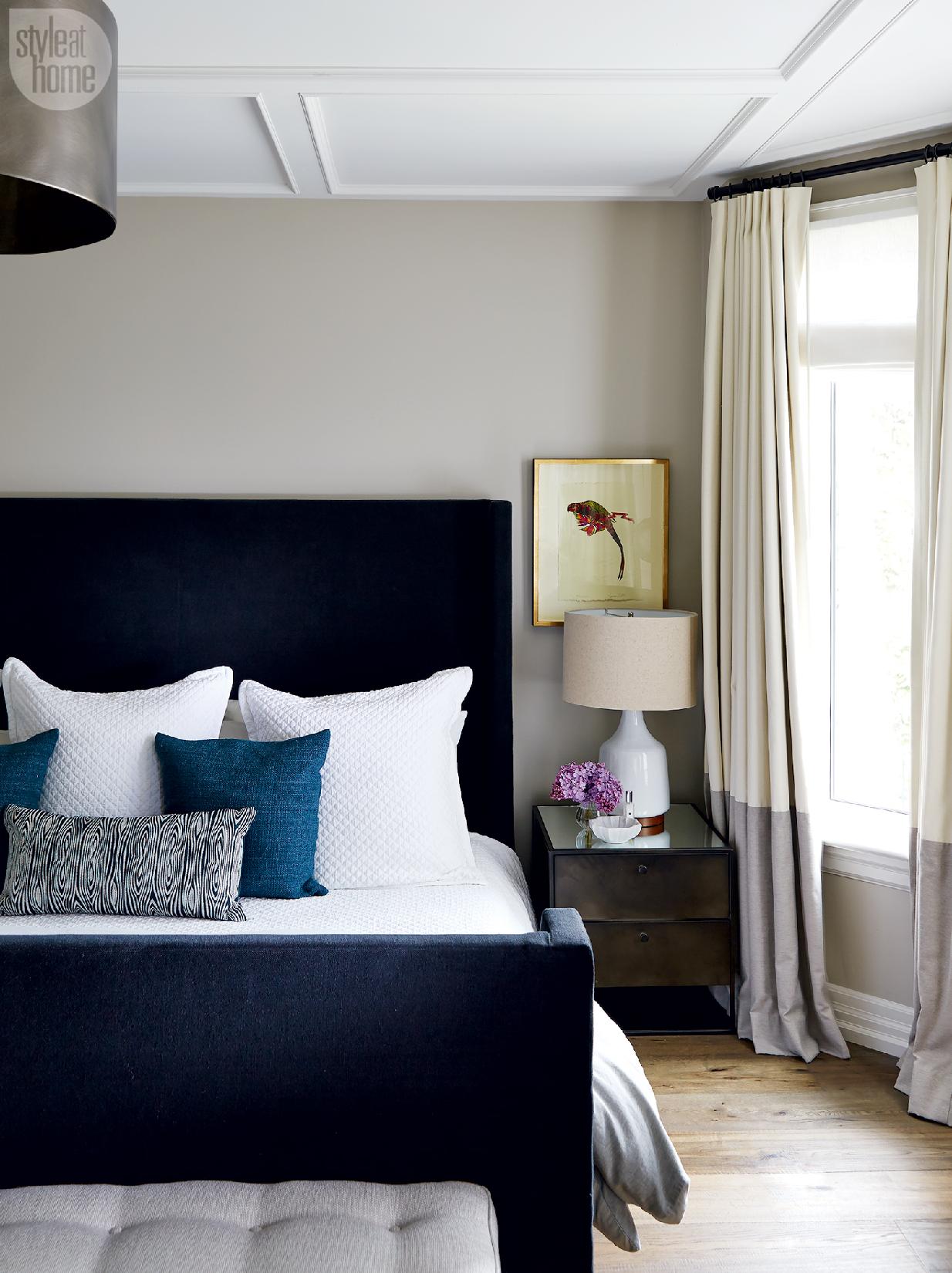 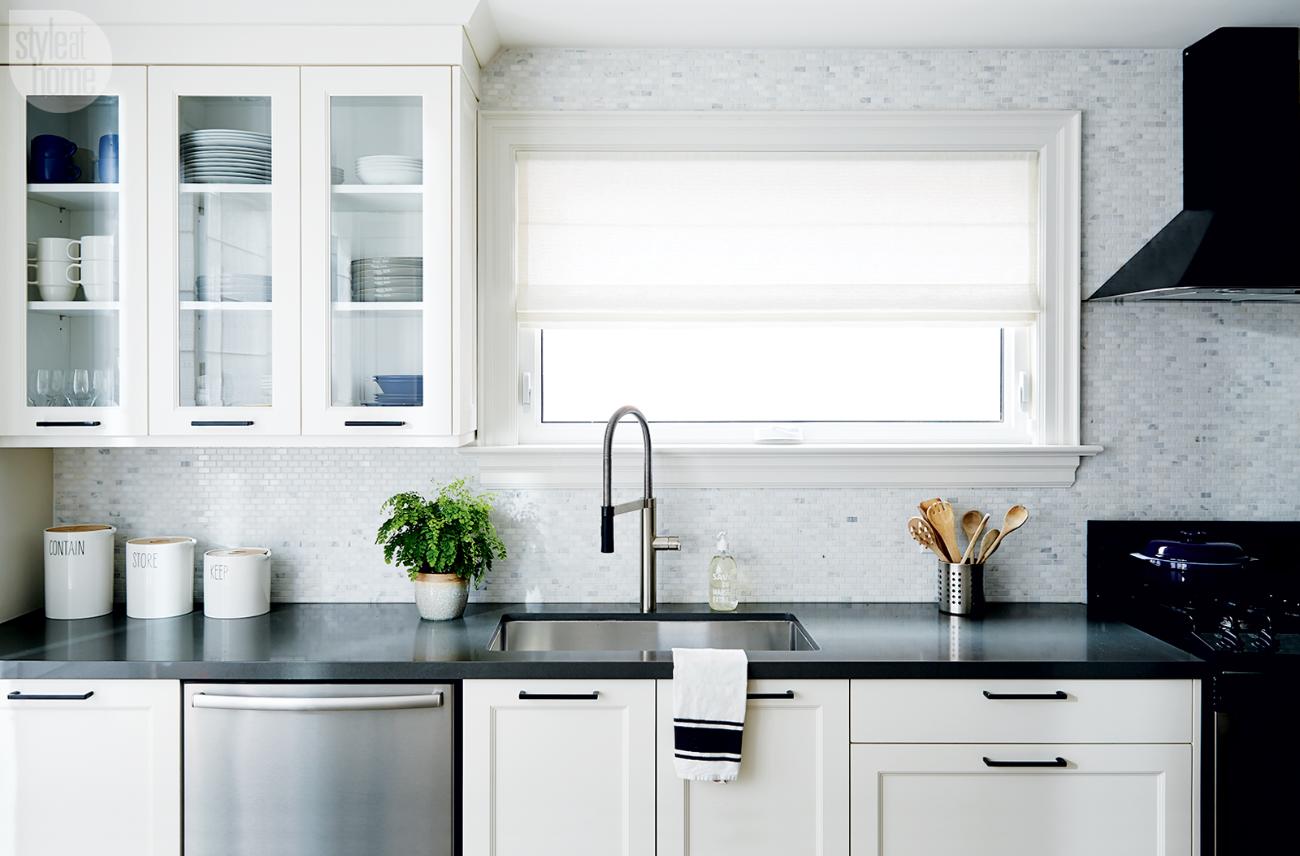 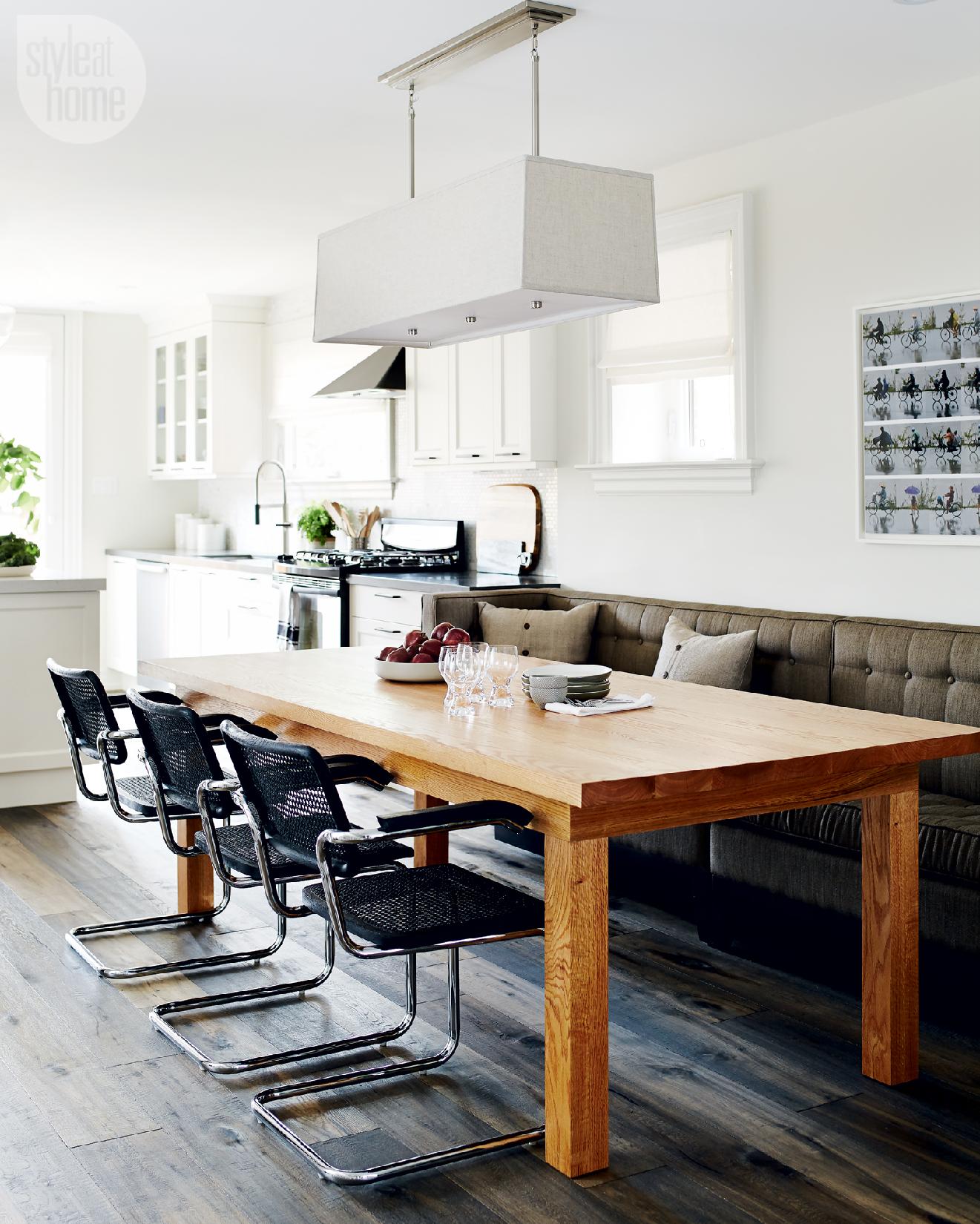 A wide look at this modern, yet functional living space where custom accents transform the area to have a refined rustic look.

Glass, white and blue accessories bring the bookshelves to life and make them featured pieces in the room.

Using a floral arrangement for a pop of colour brings attention to the center of the living area.

A soft accent of pillows with a subtle pattern adds even more character to a furniture set.

The area between the living room and kitchen is brought to life with a show-stopping acrylic-fronted hutch and sleek armchairs.

“By applying moulding to the ceiling, we softened the barebones look of the neutral master bedroom,” says designer Melissa Davis. The dark navy upholstered bed frame adds a dramatic yet cozy focal point.

The mini-brick Carrara marble backsplash extends to the ceiling and has a textural effect. Glass-fronted cabinets play up the lightness of the kitchen. The designers chose a sleek faucet that suits the young homeowners.

The kitchen’s eat-in area was designed for entertaining and family time. “The tufted banquette has formal lines, so we added a simple wooden dining table and chrome-framed chairs to keep the look casual,” says designer Halina Catherine. “It’s a great spot for dinner parties and everyday living – the table’s not too precious for the boys to play Lego on.”