What nursery room decor would a young and stylish Hollywood couple like Mila Kunis and Ashton Kutcher insist upon? We’re taking an educated guess with these beautiful items for baby.

Any fan of That 70s Show knows that Mila Kunis and Ashton Kutcher, both characters on the former hit series, are now a couple in real life. The actors formerly known as Jackie and Kelso are engaged, expecting their first child and they’ve reportedly purchased a 7,351 square foot house in Beverly Hills. Fittingly, that’s in the 90210 zip code made famous by the cult-hit show of the same name.

Ashton and Mila (yes, we’re on a first name basis) are said to be expecting a daughter. The two were spotted at Los Angeles-area baby shop Juvenile back in June. We hear they have set up a jungle-style nursery in their sprawling new home.

So what amazing nursery room furnishings would a young and stylish Hollywood mom like Mila insist upon in her new Hollywood digs? We’re taking an educated guess with these 10 beautiful items perfect for baby Kunis-Kutcher. 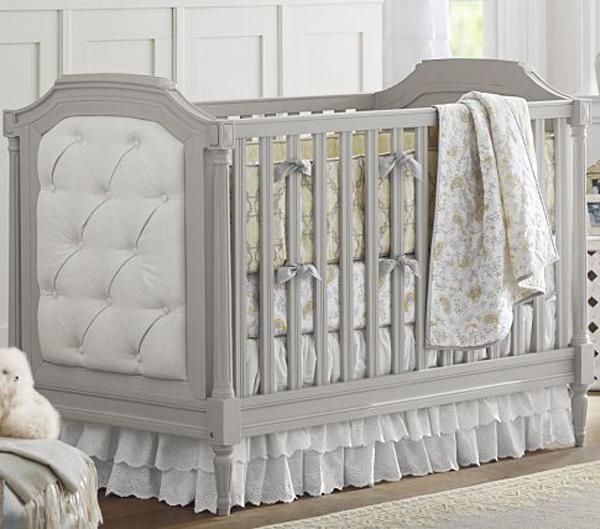 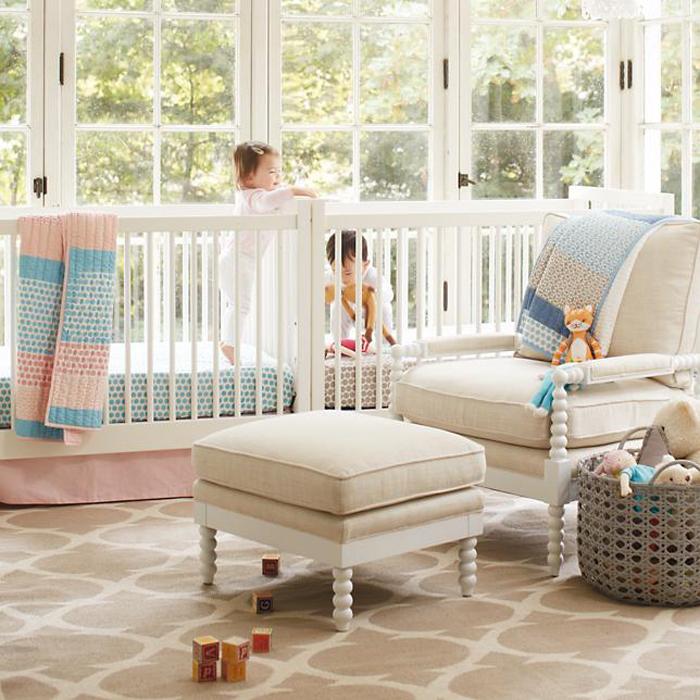 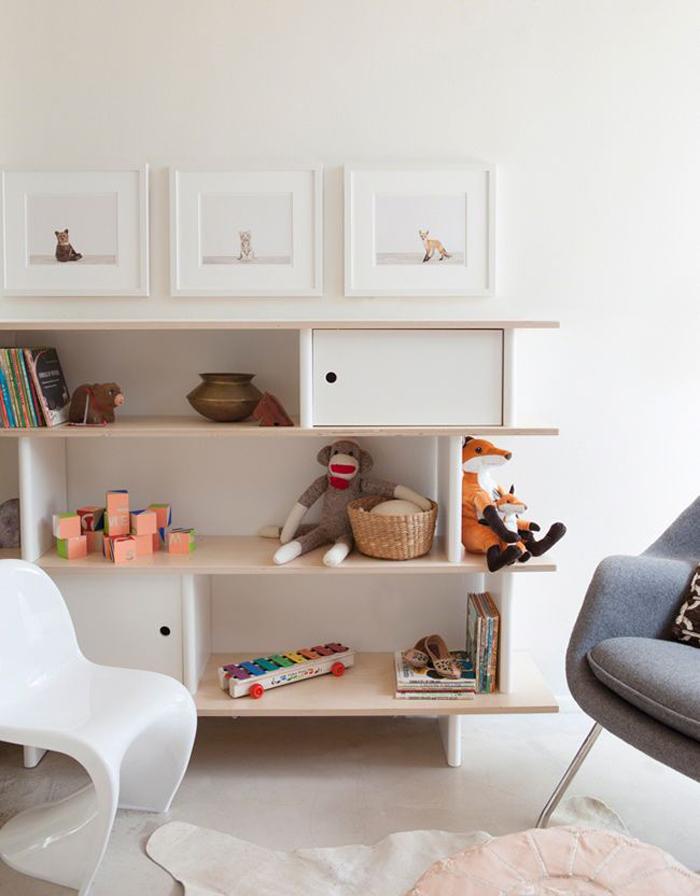 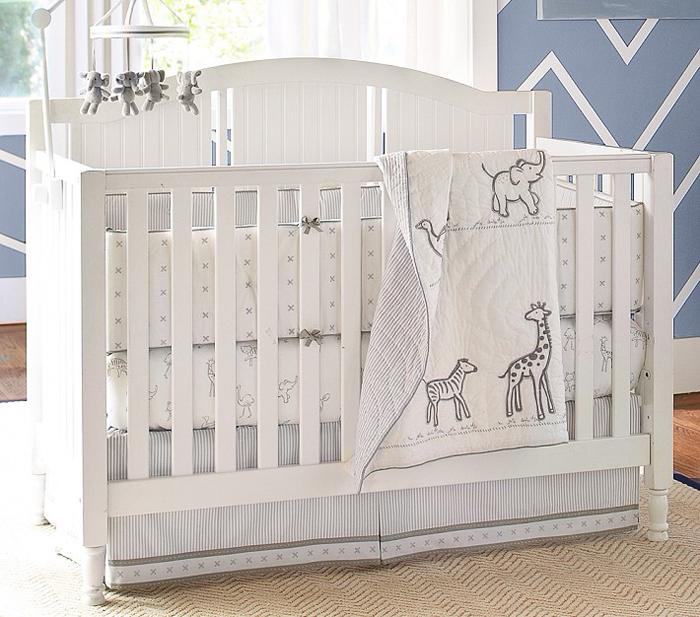 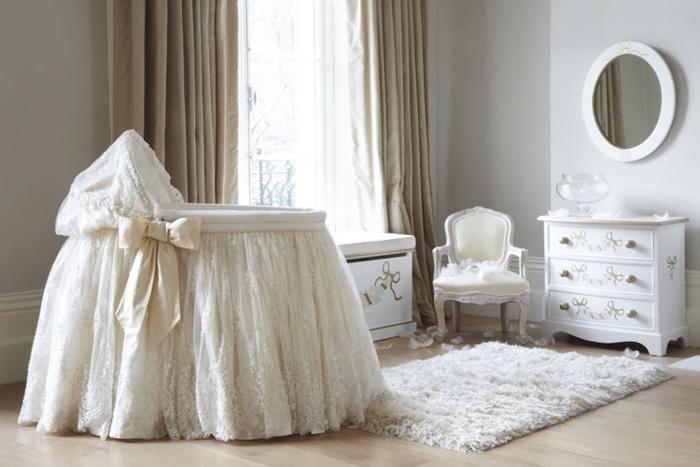 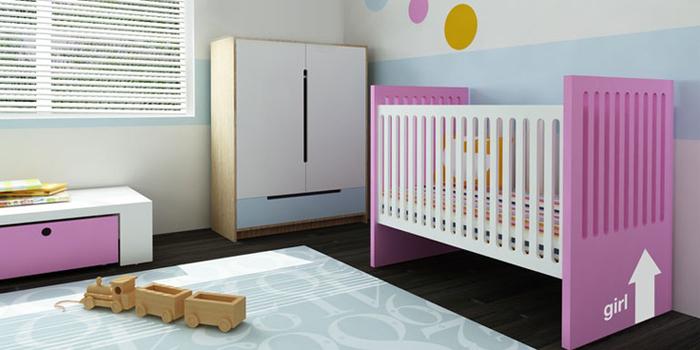 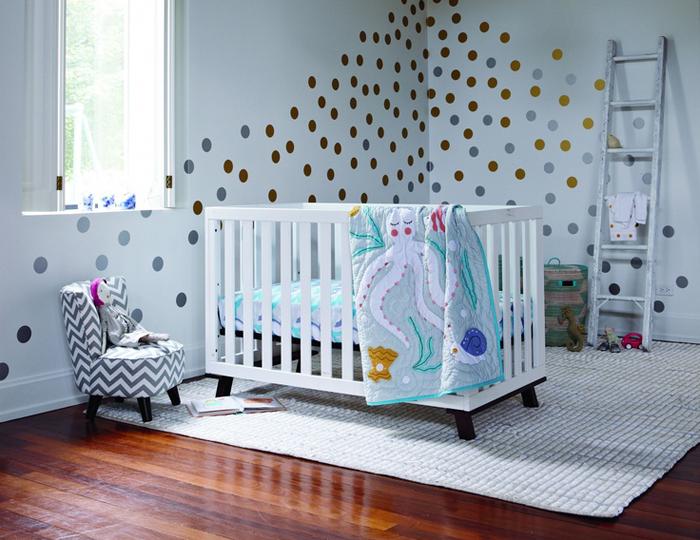 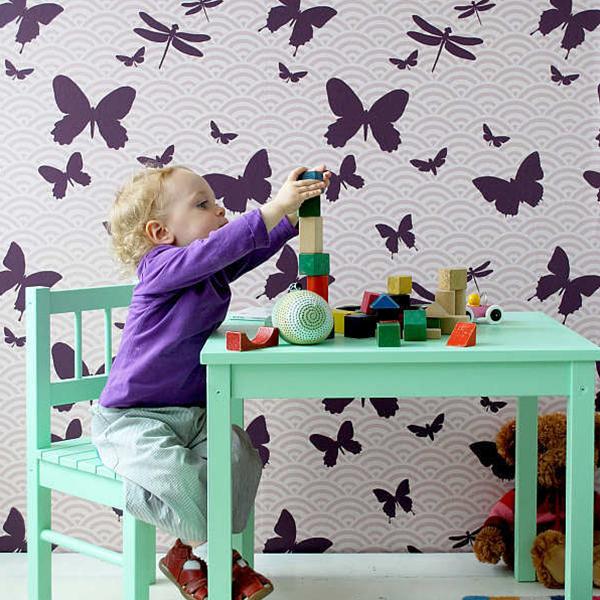 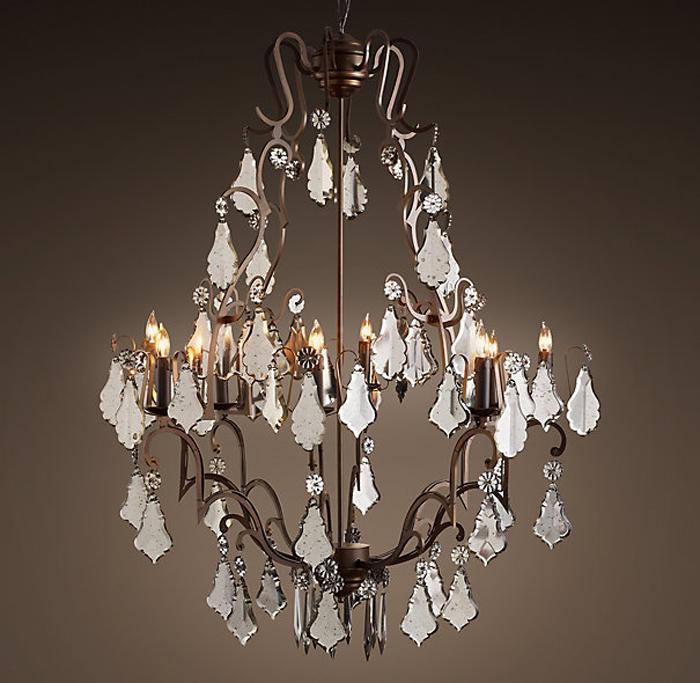 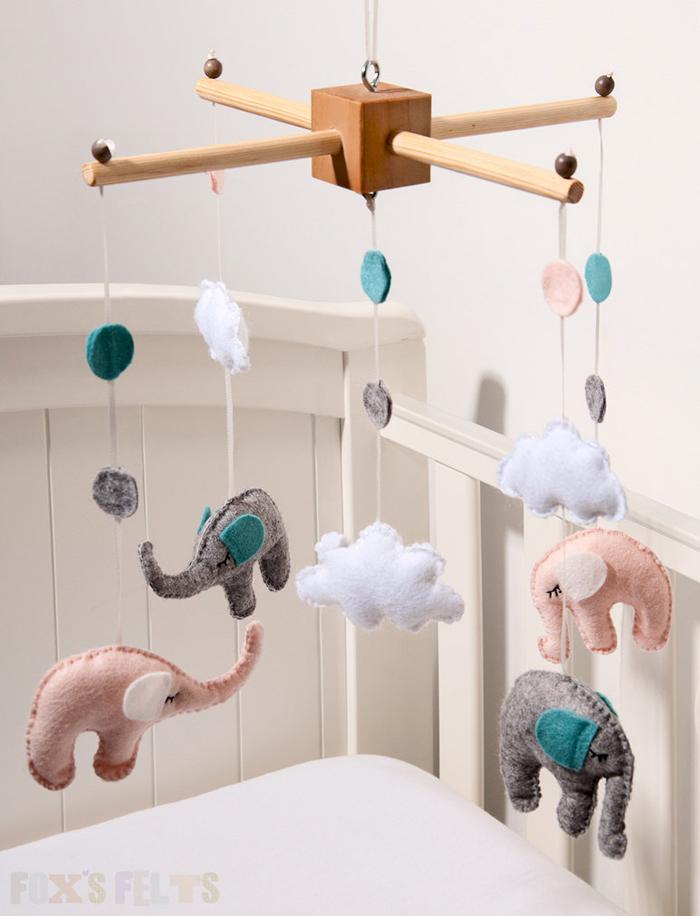 Mila and Ashton’s new home is fairly traditional (you can see it here), with a gracious Hamptons-esque appeal, so we’re guessing the two are into easy, elegant comfort and not stark minimalism. This Blythe crib blends pin-tucked tufting and vintage woodwork for a sophisticated nursery design that’s upscale yet cozy. Blythe crib, Pottery Barn Kids, $1,384.

Though their new home is sprawling, it has an average number of bedrooms: three. That means the nursery is bound to be an ample size. There will be lots of room for an oversized chair and ottoman, which are ideal for lounging with a newborn. The low arms of this chair make nursing (and napping) easy, and the creamy hue of the fabric and painted wood frame is effortlessly elegant. Jenny Lind chair, Land of Nod, $999 USD, ottoman, $399 USD.

Image by: Style at Home By: Helen Racanelli Source: Land of Nod

Baby Kunis-Kutcher is going to get lots of board books and stuffed animals from friends and family, and she’ll need somewhere to store them. This kids’ bookshelf by Oeuf NYC has become something of an instant classic, especially among Hollywood types. It’s wide with low shelves, so even tots can reach all their favourite fables. Mini Library, Oeuf NYC, $678 USD.

Animal themes are popular with lots of parents, whether they’re in Hollywood or not, so it wasn’t surprising to hear rumours that Ashton and Mila picked a jungle theme for their baby’s lair. They’re probably going for choices that are more subtle and less Jungle Book, like the cute but simple cotton nursery bedding set in white and blue-gray. Reese crib bedding set, Pottery Barn Kids, $317.

When Prince George was born, he kicked off a renaissance for aristocratic, ultra-traditional English nursery furniture, like ultra-luxurious bassinets. If Mila and Ashton don’t spring for a luscious, over-the-top, lace-draped bassinet like this one from Dragons of Walton Street, a high-end furniture purveyor in London, one of their agents or actor-pals certainly will. Dragons Luxury Moses Basket, Dragons of Walton Street, 2,995 pounds (approx. $5,500).

Image by: Style at Home By: Helen Racanelli Source: Dragons of Walton Street

A fully decked-out Hollywood nursery isn’t complete without a low play table for those first scribbles and an armoire to hold stacks of organic diapers and fancy designer duds. The clean-but-not-sharp lines of this baby-room furniture by Ducduc are child-friendly and suit any decor. Alex armoire, Ducduc, $1,645 USD; Parker playtable, $895 USD.

Even when you have exquisite hardwood floors, which is highly likely in the couple’s new abode, you need a rug underfoot to warm up the nursery and to dampen sound. This creamy white rug is deceptively glam. Though it has a beach-casual look, it also has an unexpected sophisticated twist: metallic sparkly threads handwoven throughout. Rags to Riches rug, Land of Nod, from $129.

Image by: Style at Home By: Helen Racanelli Source: Land of Nod

We’re hoping Mila and Ashton do a daring wallpaper in their baby’s room, like this butterfly and fan print in a dramatic combination of lavender, purple and rose. In a nursery not every wall has to be covered in a brave print. A nook, or even a nursery ensuite bathroom (a given for the Hollywood crowd) will give the space personality without overwhelming the peaceful vibe. Ferm Living Butterflies wallpaper, Modernkaribou.com, $119 per roll.

A glamorous nursery in a traditional-style house in the Hollywood Hills absolutely requires a pretty chandelier. We’re thinking that Mercury-style glass drops mixed with crystal and a warm bronze finish will do the trick nicely. Lighting on a dimmer is always a helpful touch in a baby bedroom for those late night feedings. Florian mercury glass chandelier, Restoration Hardware, $2,295 USD.

If Mila and Ashton have indeed decorated baby’s room in the jungle theme they are reported to have chosen, then they’ll need a cute crib mobile featuring wild animals. Something high-end, dreamy and unique is a must for a Hollywood baby nursery. This made-in-England one fits the bill with adorable handmade felted animals and fluffy clouds. Elephant and Cloud mobile, Etsy, $123.