Take a peek inside this charming nursery for twin boys. Author: Donna Griffith

Inspired by a beloved wallpaper, homeowner Jessica Waks designs a charming nursery for her one-year-old twins, Jack and Charlie.

The colourful wallpaper – a collage of iconic early Penguin book covers – was the starting point for the twins’ nursery. “I fell in love with its whimsical vintage sensibility. Plus, I’ve always loved classic literature,” says Jessica Waks. Since it’s a busy pattern, she limited it to a feature wall and repeated only three hues – periwinkle, navy and orange – in the decor. 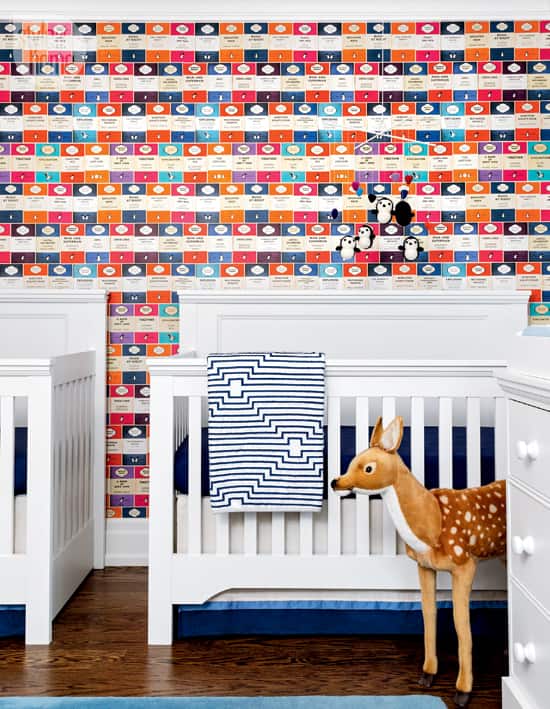 Storage was important because Jessica had selected the smallest bedroom for the nursery before knowing she was having twins. And while the designated space sports a decent-sized closet, she still chose a highly functional dresser with cubbies for easy access to baby supplies and a top that works as a change table. 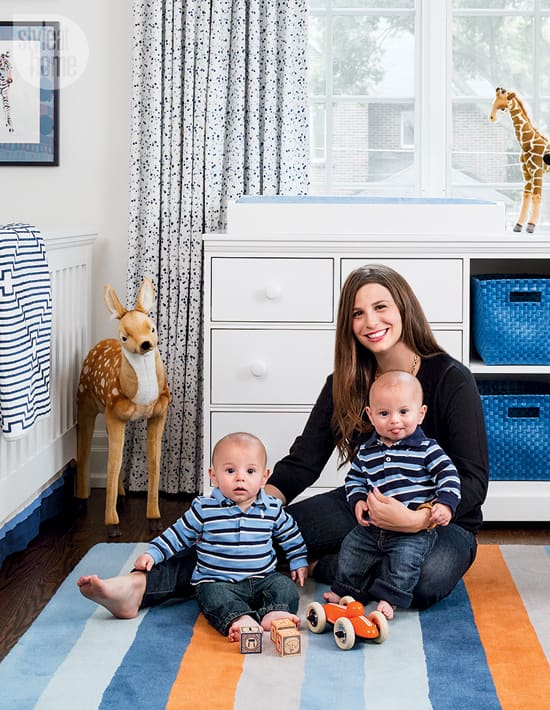 Jessica's decor advice
“Be playful but practical. Try to inject some imagination but, at the same time, if something isn’t functioning the best it can for you and your babies, it’s not worth it.” 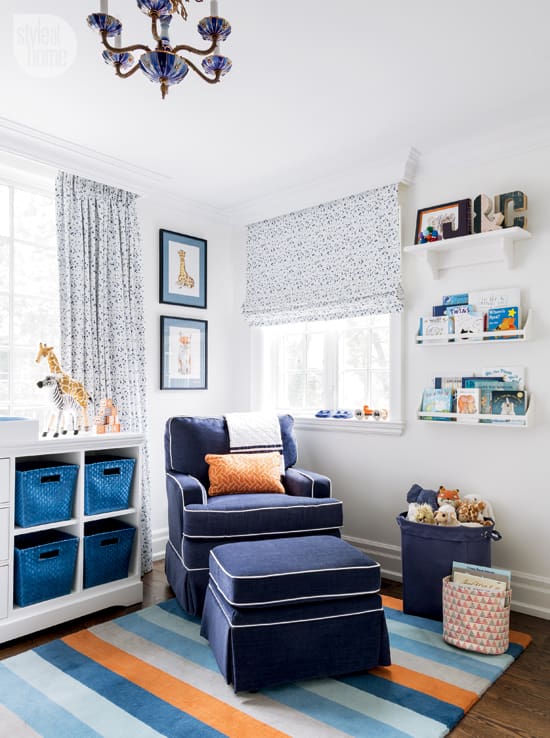 The budget Jessica had for decorating a nursery took a huge hit when she found out twins were on the way. She saved money by confining the wallpaper to one surface and creating inexpensive art with prints purchased from Etsy. “This allowed me to invest in worthwhile custom blackout drapery and a swivel glider that can be used somewhere else in the future,” she explains. Jessica inherited the stunning antique chandelier from her late grandmother.