Homeowners Monika and Troy Hibbs dream up a soothing and sophisticated retreat for their handsome little one.

When Monika Hibbs and her husband, Troy, were expecting their first child, they were told early on they were having a girl. So the Langley, B.C., blogger and jewellery designer set about planning a sweet nursery with plenty of pink touches, including feminine floral wallpaper. Fast-forward a few months, and the couple was in for a shock - though, thankfully, a happy one. Turns out the first ultrasound was quite wrong, and their little princess-to-be was in fact a prince. "It was a surprise!" says Monika. "I quickly had to adjust my mindset from powder pinks to handsome greys."

The scheme abruptly changed to a soft muted one with more masculine, but still sweet, touches. (The newly neutral nursery is in keeping with the Hibbses' predominantly white house, featured in Style at Home's April 2014 issue.) For baby furnishings, Monika chose a classic iron crib with brass accents, an heirloom-quality piece that will surely be handed down to any future siblings. And a modern rocking chair is comfortable enough for long nights with babe in arms. "I'm attracted to timeless items for baby rooms," says Monika. "It's easy to invest in something you know you'll love forever, and if it's gender-neutral, it'll work for subsequent children, too." 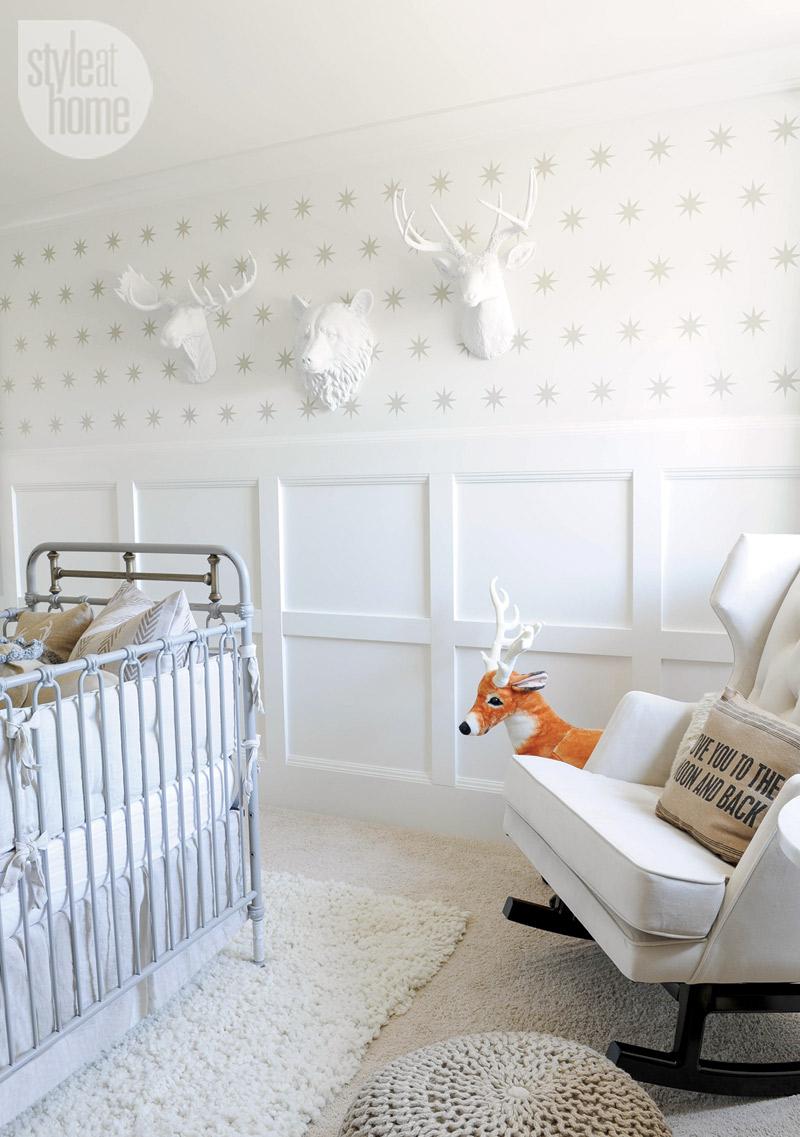 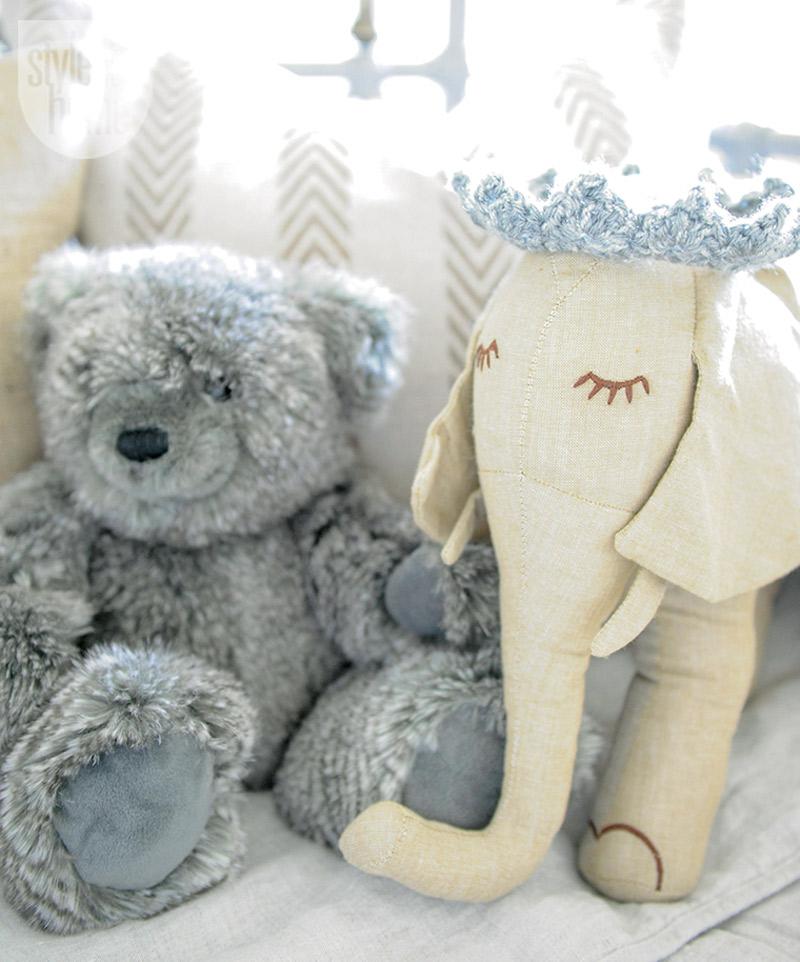 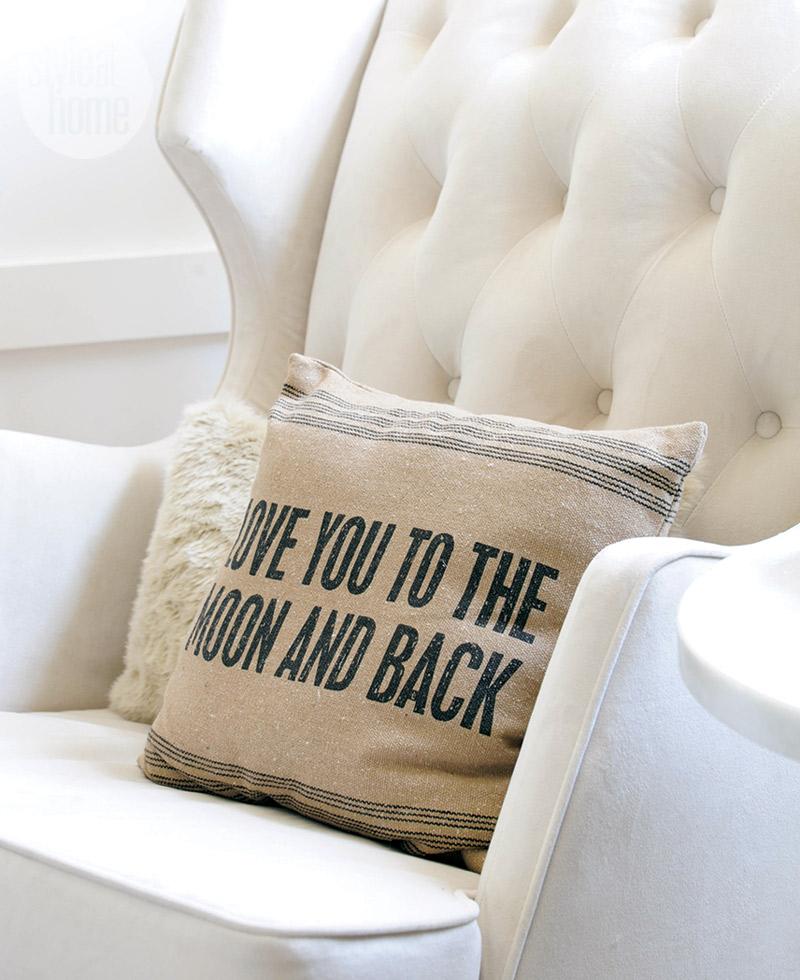 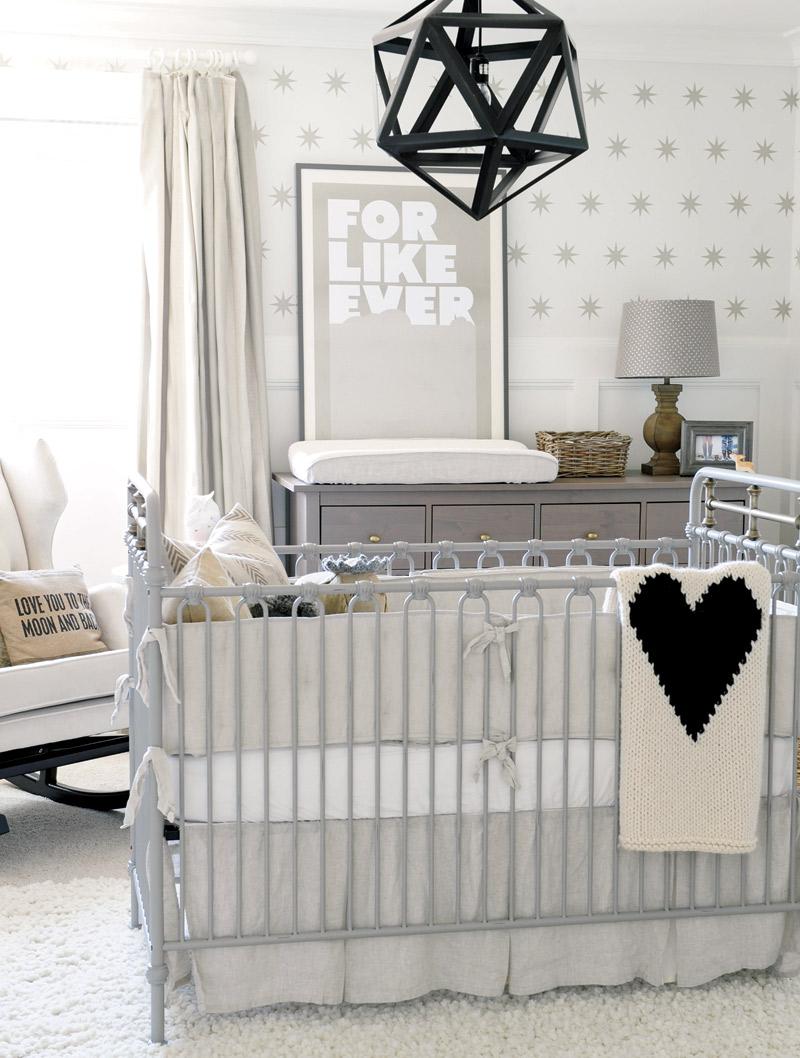 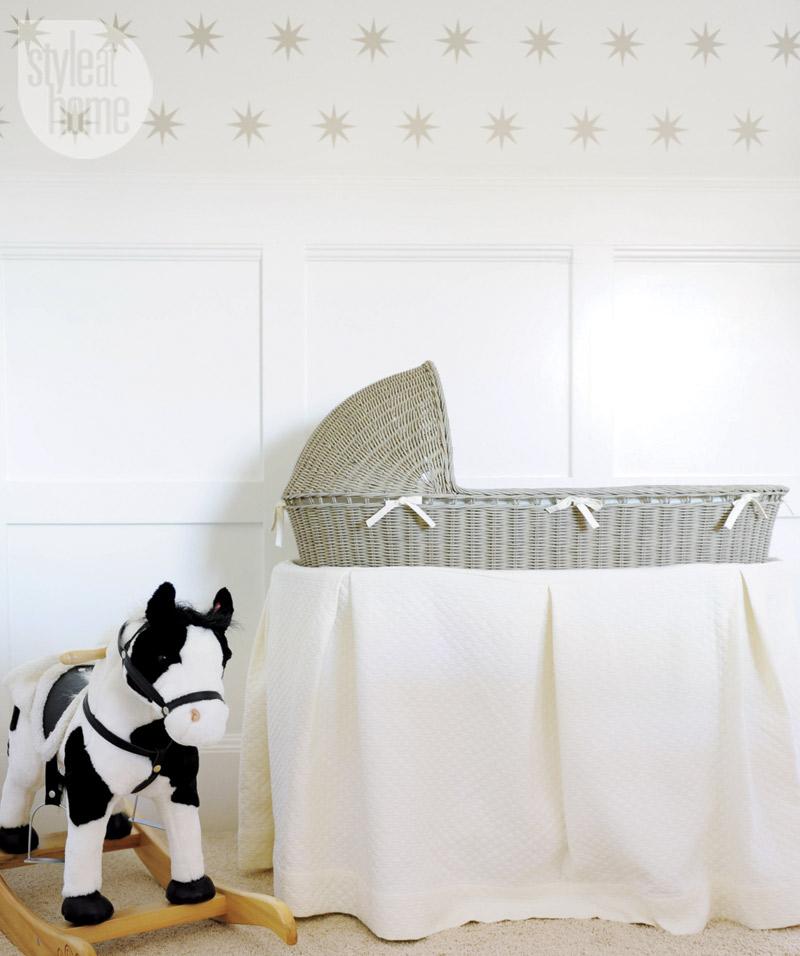 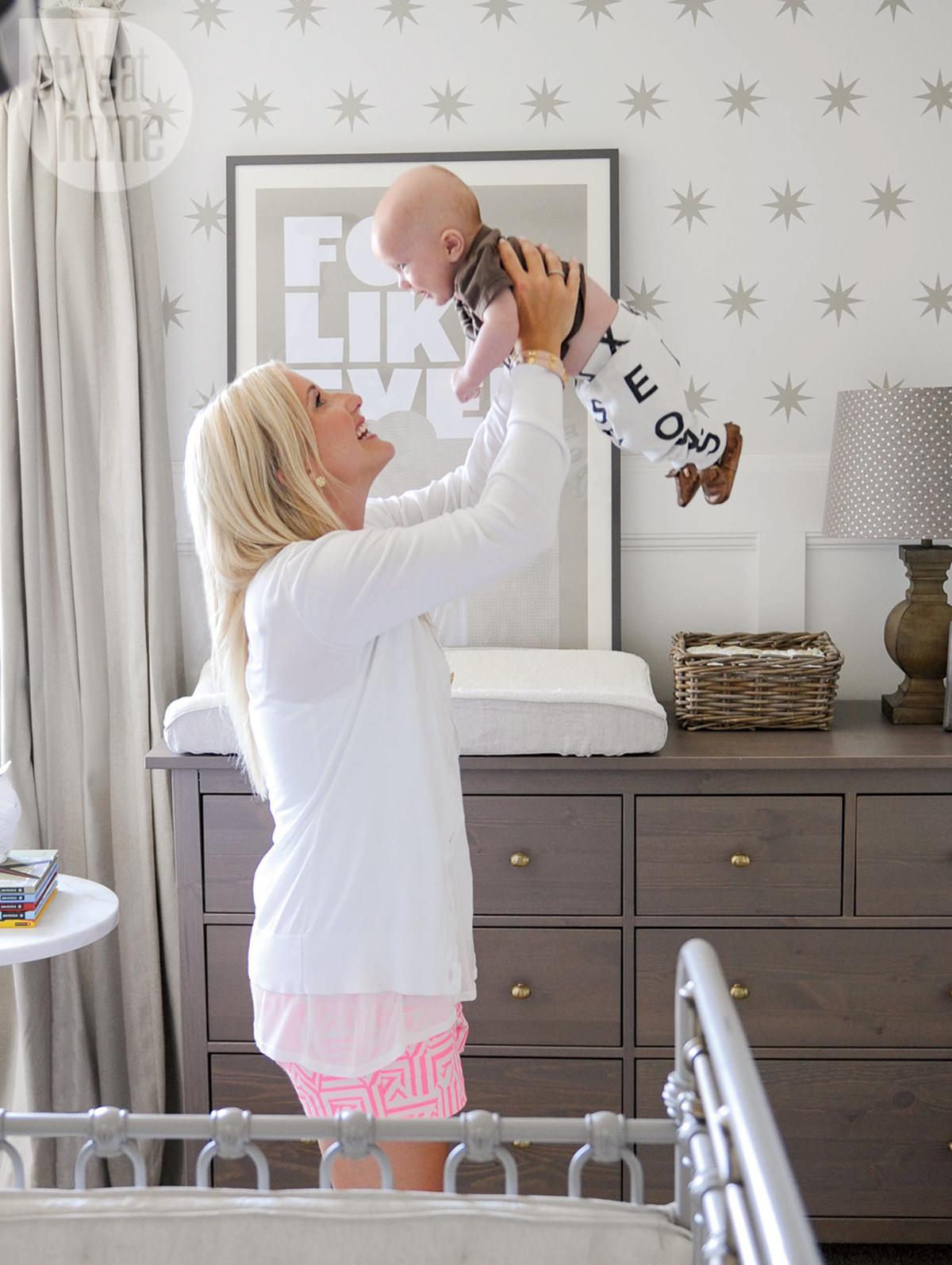 The beautiful grey iron crib with brass accents is dressed with simple natural linen bedding. The collection of animal heads is as fun as it is faux.

The arrival of baby Liam brought on the inevitable outpouring of love and gifts, including a lifelike deer plush toy and a black and white rocking horse to go with the animal theme of the nursery decor.

The comfortable tufted rocking chair is upholstered in a velvety fabric that cleans up easily. A sentiment from a classic children’s book is the perfect accessory in Monika’s favourite spot to read to Liam.

A pale grey palette punctuated with black accents makes for a calming yet on-trend nursery design for baby Liam. “Nurseries can be challenging to decorate when the crib is against the wall and there’s a lot of floor space,” Monika says of her decision to place the crib in the middle of the room. “Here, it’s the focal point.”

The nursery’spanelled wainscotting was already in place, and homeowner Monika Hibbs used star decals as an affordable (and easy-to-remove) alternative to wallpaper.

Monika, the blogger behind The Doctor's Closet, shares a sweet moment with Liam in his nursery.