Style at Home contributing design editor Christine Hanlon partners with IKEA to turn up the heat on her vacation home’s dated kitchen.

"Where this kitchen started isn't even close to where it ended up," says Style at Home contributing design editor Christine Hanlon of her family's 19th-century vacation home in the Ontario countryside. She and her husband, Andrew Brady, bought the home almost six years ago, and though the kitchen was small, dated and dark, it functioned well, so they lived with it until last spring, when they partnered with IKEA and endeavoured to undertake a reno.

To expand and brighten the space, Christine and the IKEA kitchen installation team knocked down a wall to make the kitchen and dining room one huge area. Where the wall once was, a large Caesarstone-topped island now serves as a breakfast spot for Christine, Andrew and their kids, Sophie, 11, and Henry, 8. They also expanded the room lengthwise, with a straight run of countertop along the back wall, where there was formerly a small counter with a peninsula and breakfast nook. But the layout wasn’t the only overhaul. New cabinetry and shelving add ample storage, tired linoleum flooring was traded for sleek slate, pot and pendant lights brighten things up even further, and built-in and integrated appliances have replaced the old models. Topped off with designer details like brass-hued hardware, a mix of patterns, smooth organic lines and vintage treasures, the new kitchen exudes Christine’s signature bespoke beauty with a dash of Nordic country flair. 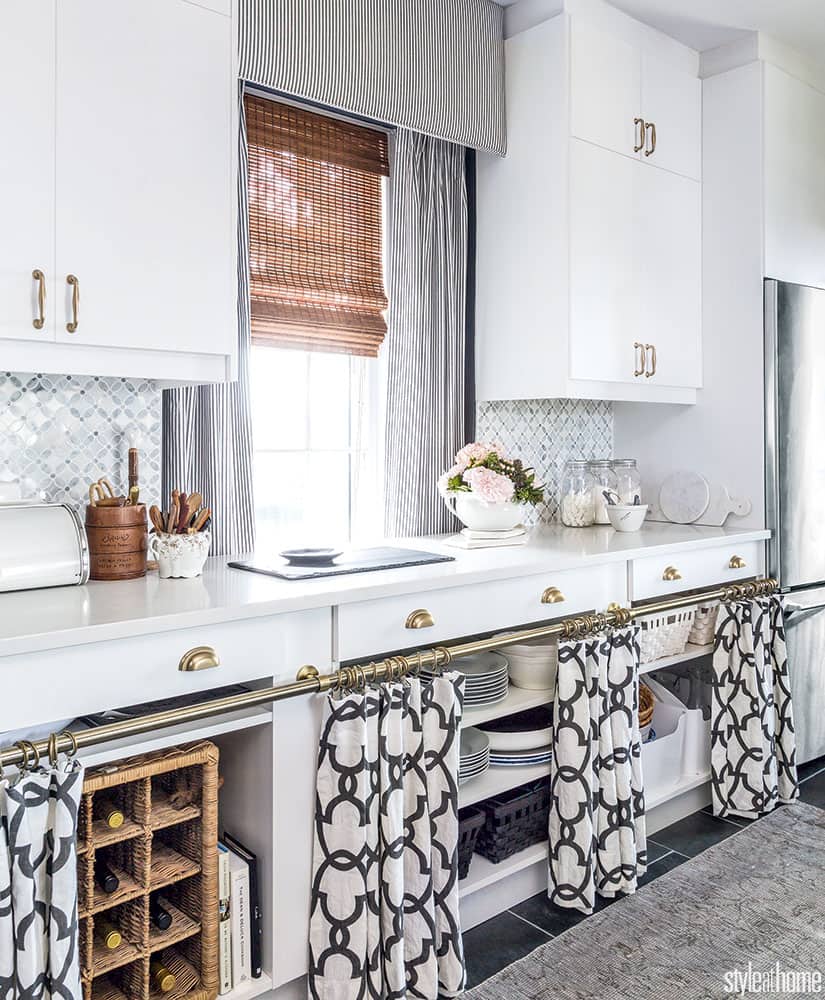 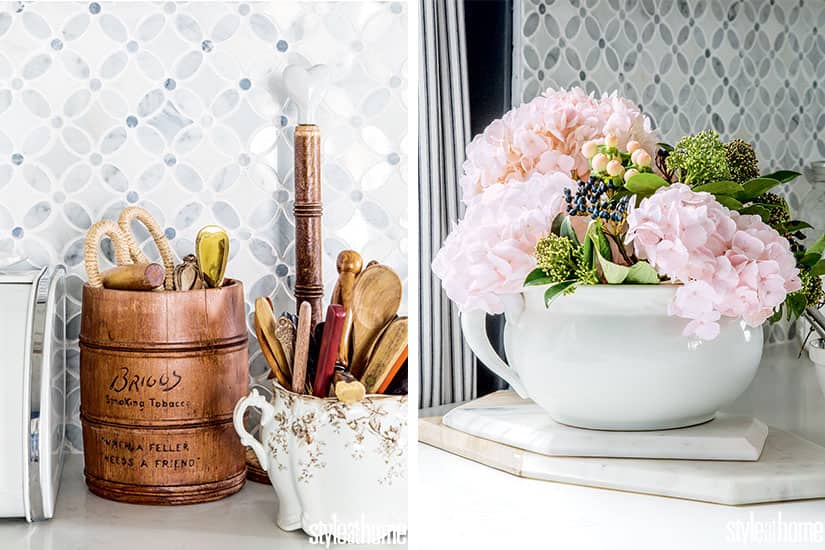 Homeowner Christine Hanlon originally envisioned rustic open shelving in the kitchen of her century-old vacation home, but the wonky walls (an unfortunate feature of many a building of that age) were easier to disguise with closed upper IKEA cabinetry, which Christine stacked to take advantage of the space’s high ceiling. Open shelves tucked behind chic bold-patterned café curtains below the counter, however, make it easy for her kids to help set the table and empty the dishwasher. 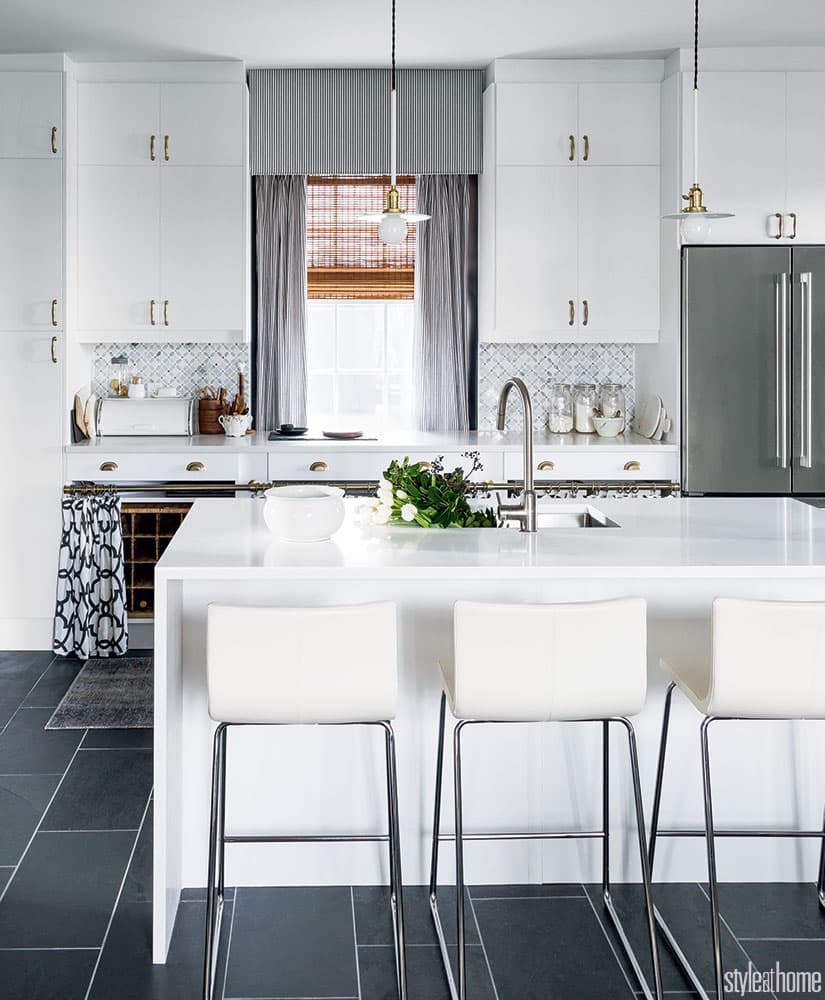 In order to achieve a cohesive look along the back wall, Christine had to sacrifice an original antique windowsill to make room for a continuous countertop. But the effect of the seamless surface was worth it. “The view of the kitchen straight on from the dining room is one of my favourite things about the space,” she says. “I’m just so drawn to symmetry.” 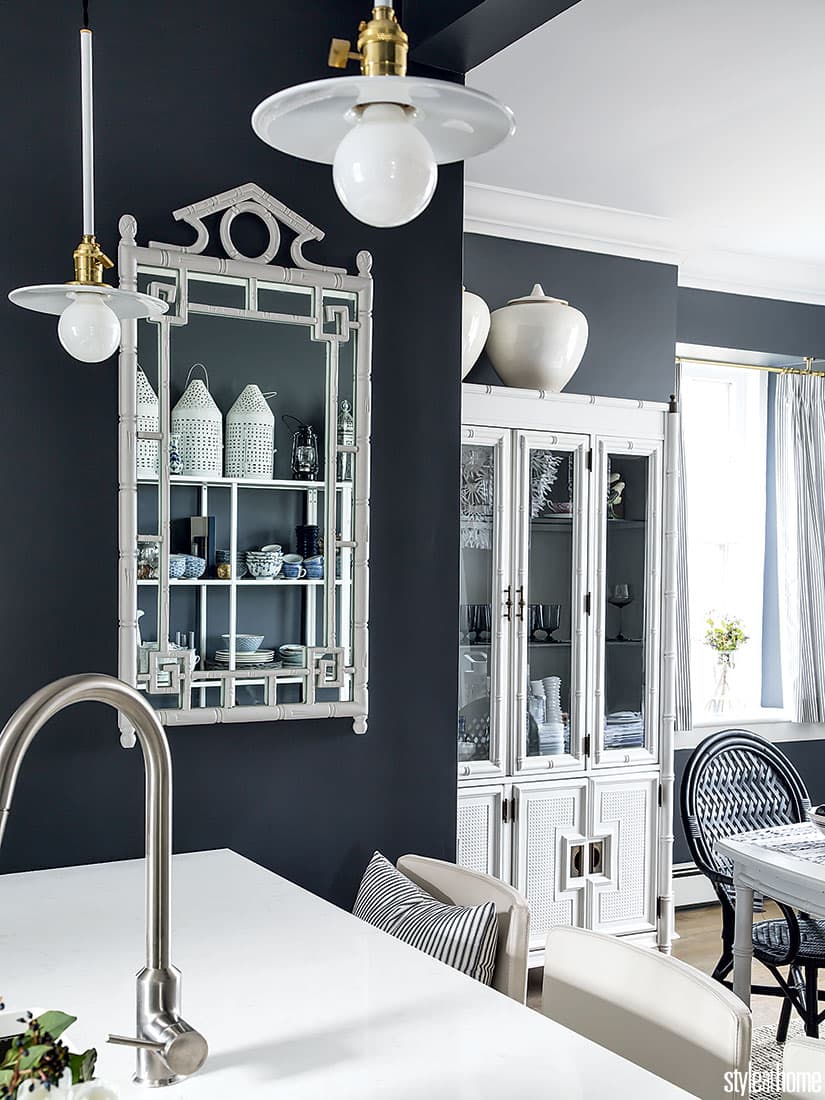 Christine strayed from her original vision, which featured dark cabinetry, and instead opted to apply a bold, almost-black hue on the walls. “I agonized over the decision,” she admits. “And I didn’t decide until the very last minute. I thought, I have to try it or I’ll never know.” So late one night, Christine slapped some dark paint on one wall, “To end the agony of whether or not it would work,” she says. “And the more paint I applied, the more I liked it.” The entire space, including the adjoining dining room, is now enveloped in the smoky shade to striking effect. 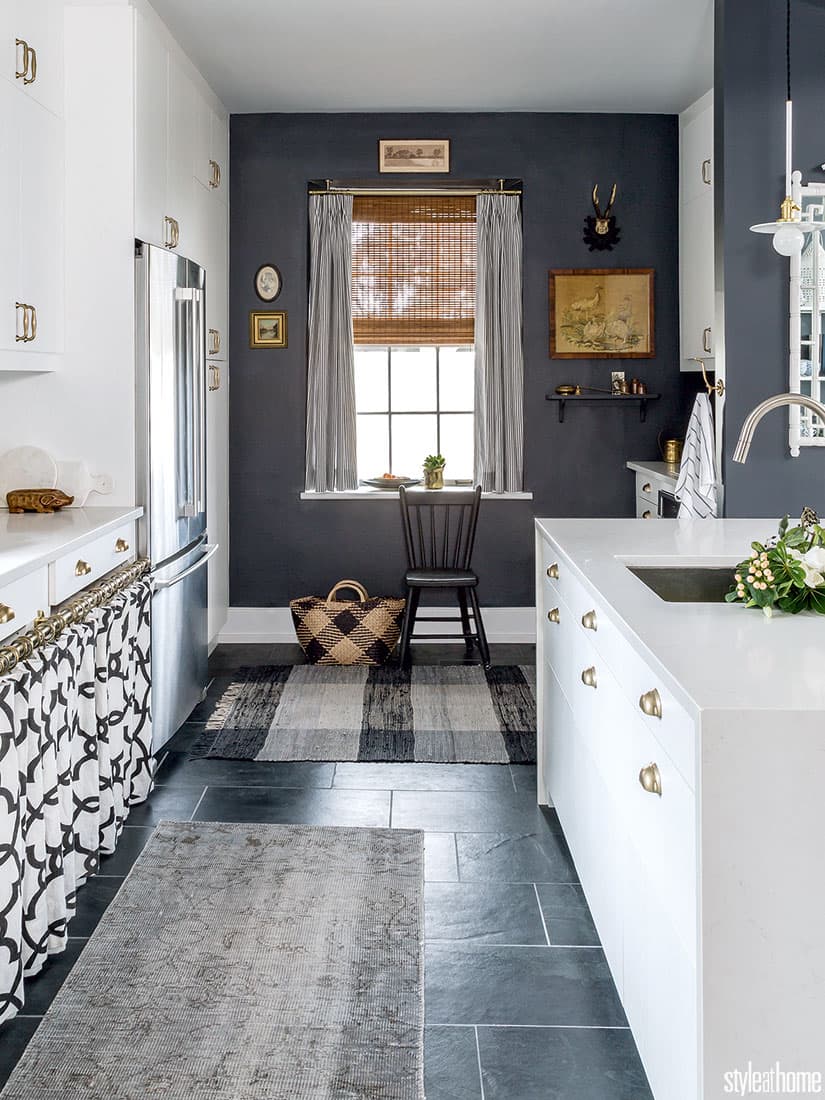 Christine had the sink smartly positioned in the centre of the island, so when she’s performing hosting duties, she can still chat with guests sitting at the dining table just beyond. And that’s not the island’s only benefit. Hidden within it are a fully integrated dishwasher, as well as a pullout waste-sorting system to make tidying up easy. 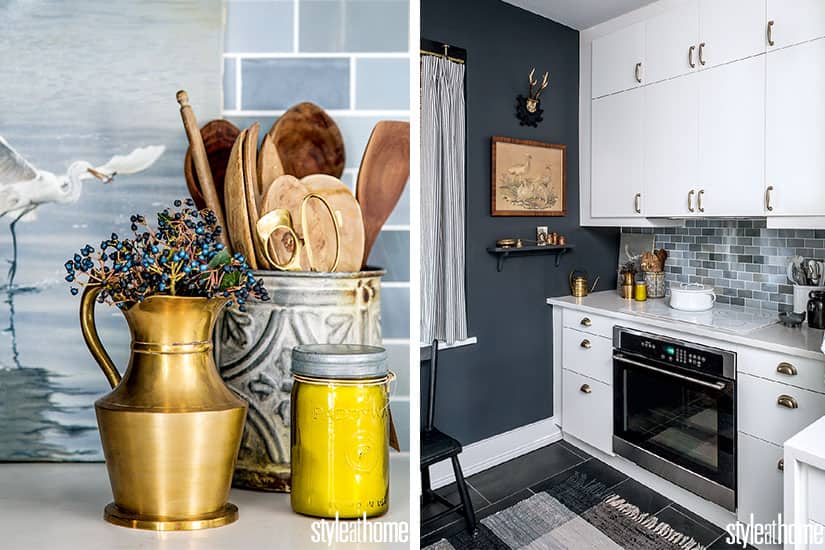 Tucked away from sightlines is a cozy chef’s corner with a sleek white cooktop, self-cleaning oven and plenty of counter and cabinet space – not to mention drawers perfectly sorted with IKEA’s Variera organizers. “I wanted this area to be its own private zone so when we host, none of the cooking mess would be visible to guests,” explains Christine. And since this created a kind of kitchen within a kitchen, the creative designer took advantage of the unique opportunity to use a complementary marble backsplash. The main area features a Moroccan-look flower in subtle silvery grey hues (“I fell in love with the pattern as soon as I saw it,” says Christine), while the nook boasts a brick-patterned backsplash in slightly deeper shades. “They’re the perfect coordinates.”