When Karina Marcovitch and her husband, Bryan Valve, moved into their 1,800-square-foot 1920s-built Toronto home in 2012, they held off renovating for as long as possible. Sure, they pulled up carpets and painted, but their growing family (their kids are now four and two) and budget restrictions put the kibosh on major upgrades.

“Then in 2015, our oven stopped working and the refrigerator died,” says Karina. “We needed help fast.” So fast she turned to her long-time friend Rebecca Hay. “I was on maternity leave when Karina called me,” says the designer, “and I came out of it just to help her.”

Rebecca was faced with a 108-square-foot kitchen, last renovated in the ’50s and fitted with mint green cabinetry, a tiny original wall oven and fold-down electric burners in place of a stove. More pressing than the time-capsule appearance was the layout. “It was closed off from the rest of the house, and it had a large drafty window, three doorways and very limited storage space,” says Rebecca. “The flow wasn’t functional for a young family.”

The makeover demanded structural changes, including closing in that drafty window on the back wall (the range sits there now), knocking down a wall to open the kitchen to the dining room and relocating the basement door to the front entryway to gain an entire wall for cabinetry. Rebecca’s finishes for the new space channelled the look Karina and Bryan desired — airy with a nod to traditional. That included custom Shaker-style cabinetry to maximize storage space, full-sized stainless steel appliances and a marble-tiled backsplash, which inspired the soft palette. More importantly, the room now flows for this family of four.

Asked to grade the transformation, Karina says, “Thanks to Rebecca, our kitchen is now family-friendly, practical and beautiful.” Sounds like an A+ result! 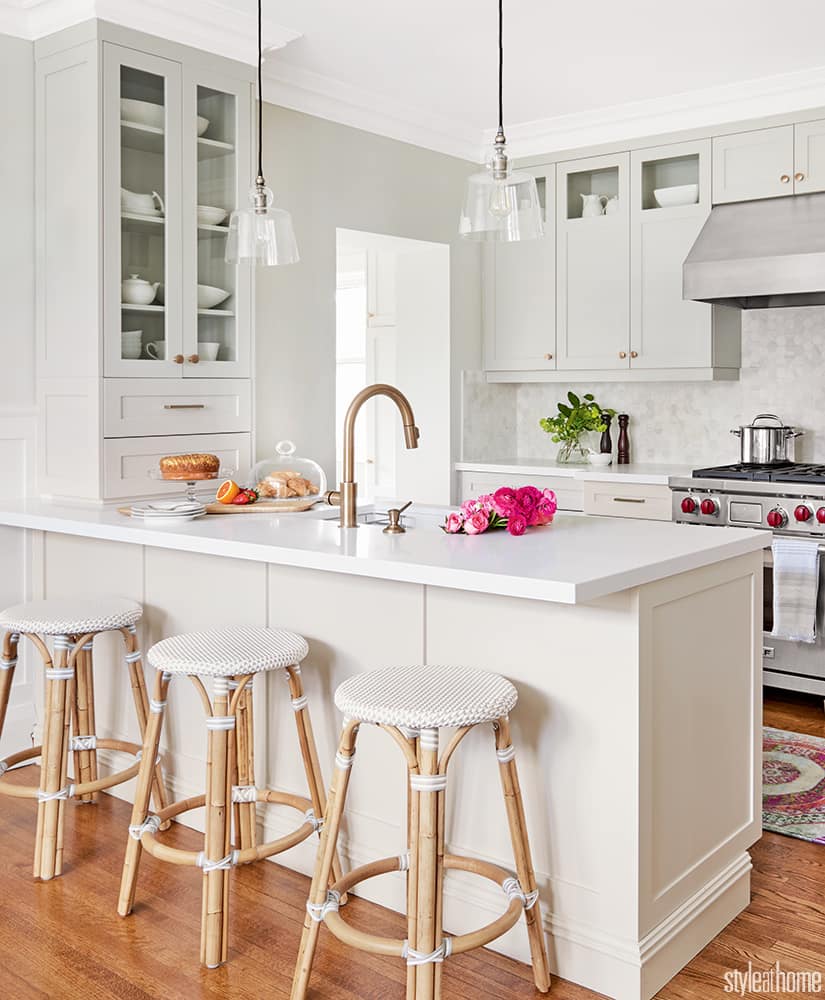 The kitchen feels classic and current. “It was important that we modernize the space without making it overly trendy,” says homeowner Karina Marcovitch. Caesarstone countertops are practical, while a mosaic marble backsplash and glass-fronted cabinets layer in pretty. Designer Rebecca Hay chose to display all-white china, mostly the homeowners’ wedding gifts, to maintain an orderly look. The bistro-feel stools and clear pendant lights offer eye candy without interrupting the quiet scheme. 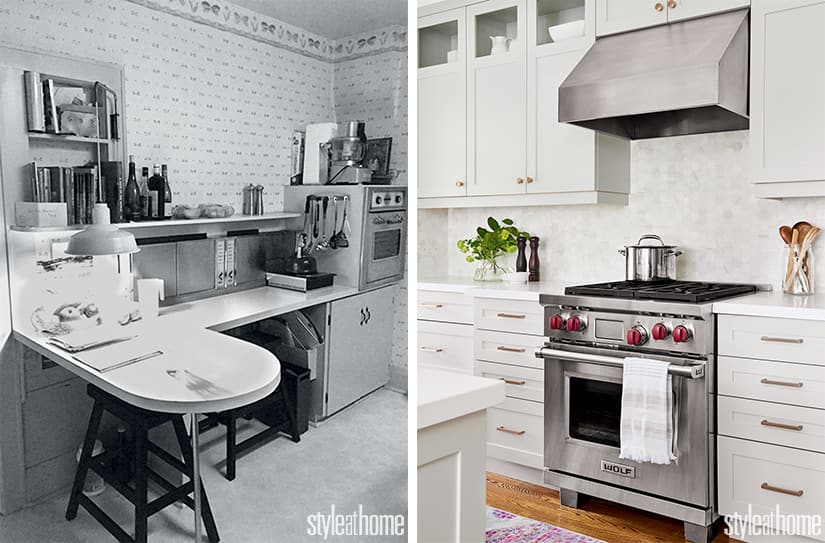 After living with the kitchen’s original tiny wall oven and fold-down burners, the homeowners felt full-sized stainless steel appliances were a sensible splurge. “We were very budget-conscious during the reno,” says Karina. “The Wolf range was our big investment piece, and we are so happy with it — it’s lived up to its reputation and looks great, too!” 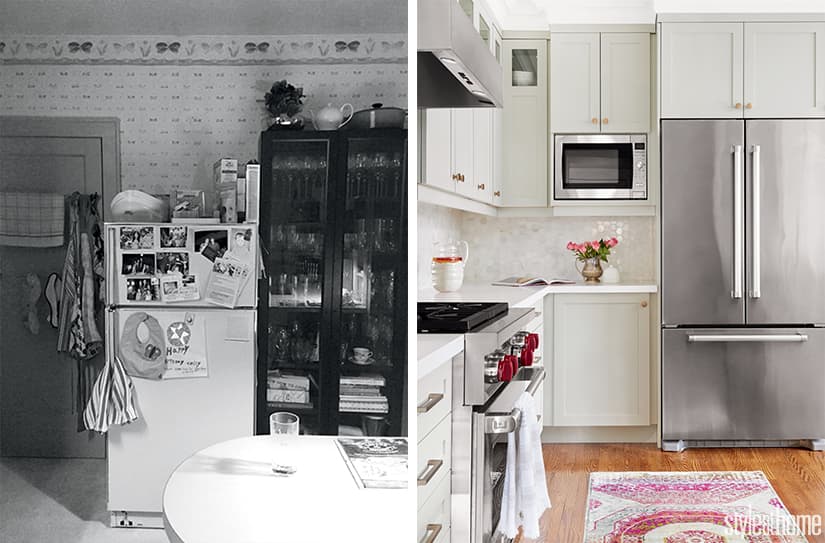 “Before, the kitchen had minimal dysfunctional storage. The upper cabinets were too shallow to fit plates, the lowers so deep that items would get lost,” says Rebecca, who opted for mostly drawers in the new kitchen and added a full-height pantry next to the fridge (not shown). The designer calls the runner the “cherry on the cake.”

A dated kitchen gets a practical, classic upgrade