A couple of DIY novices give the pros a run for their money with this Montreal kitchen makeover.

For a couple that had never embarked on a renovation, Julie Arcand and Frédérick Lebeau certainly got ambitious with their first foray into the DIY world. They envisioned an open and bright modern-meets-country kitchen in their 2,450-square-foot 1960s Montreal home. After a lot of searching for inspiration, Julie discovered the work of local designer Jean Stéphane Beauchamp. He came on board to help the couple develop a plan to create the look they wanted. However, as walls came down and plumbing and electrical changes snowballed, the budget was blown on unexpected major expenses. “They were met with one bad surprise after another,” says Jean Stéphane.

To keep costs down, Julie and Frédérick tackled much of the work themselves, including tear down, tiling and flooring installation, while holding down full-time jobs (Julie owns a small business and Frédérick is a construction project manager). The reno took about a year and a half to complete, as they did projects mostly on weekends, but the finished product is every bit as stylish and functional as they'd originally planned. 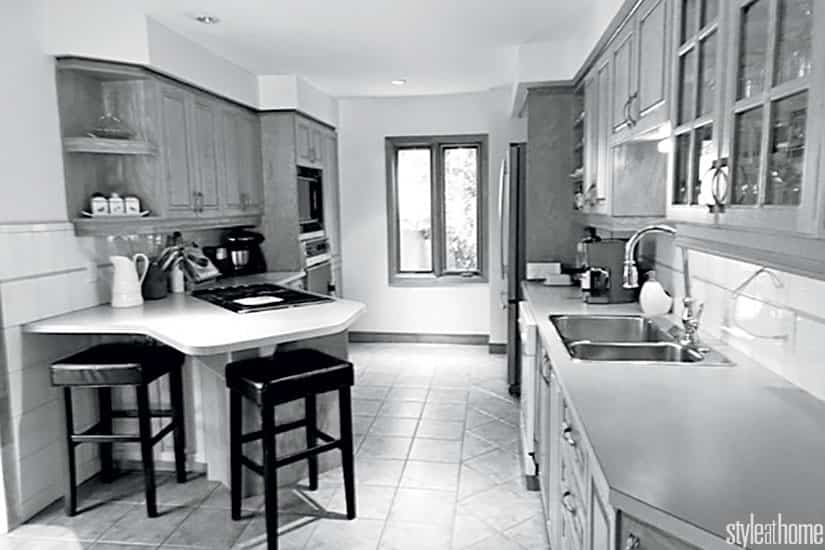 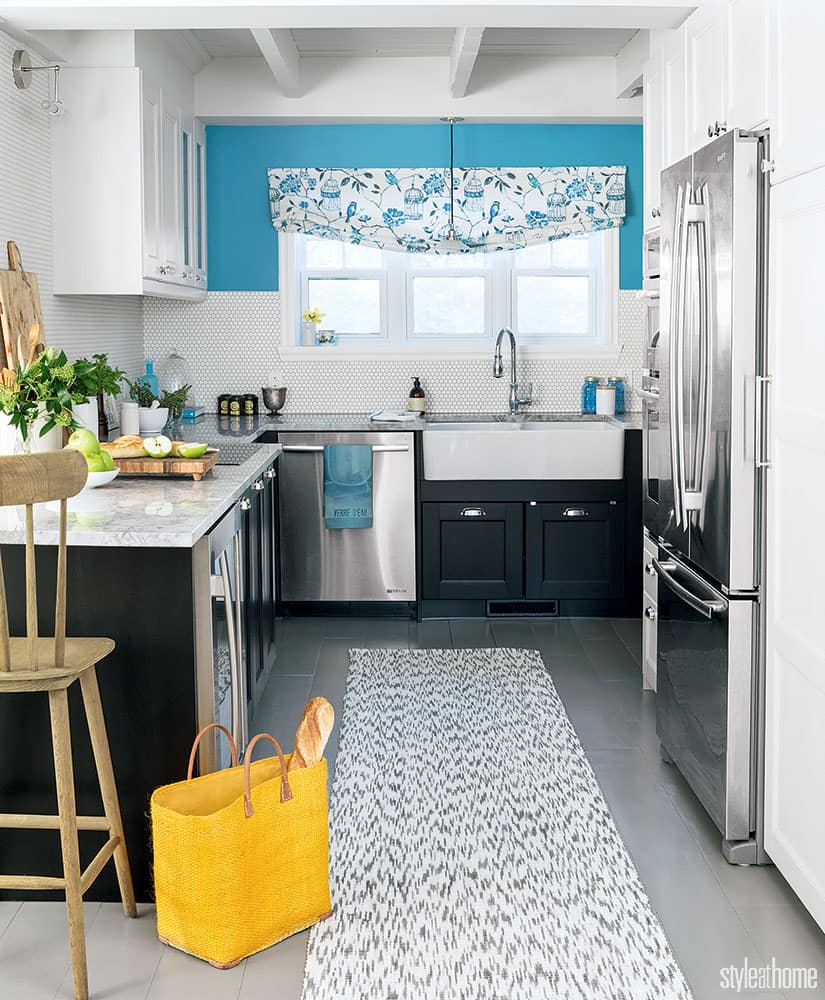 The ceiling was torn down to reveal original beams, which lend character to the kitchen.