Share
Share
It’s hard to call your house a home when, like Linda and Paul Dobson and their two teenaged boys, you move every couple of years. “When the boys were small, we decided that we should have a place they could always call home,” says Linda. “A cottage was the answer.” They opted for a 1,200- square-foot ’60s prefab in Ontario’s picturesque Muskoka, not a surprising choice for the expat couple, who currently live in the United States but hail from Georgetown, Ont.

Three years later, it was time to renovate the cottage. “We needed to make more room for family and update the interior a bit,” says Linda. That meant taking on a two-year-long overhaul to increase the cottage’s square footage and reinvent the cramped kitchen into something that would work for them. When the sawdust settled, the new renovated kitchen, designed by Nancy Fournier of Northern Living Kitchen & Bath in Seguin, Ont., emerged as the gathering place for family and friends. “It really is the heart of the home,” says Linda. Quite an accomplishment, considering the kitchen posed some serious challenges: It’s only 10 by 13 feet and timber framing posts cut into valuable storage space, which Linda, an avid cook, needs. 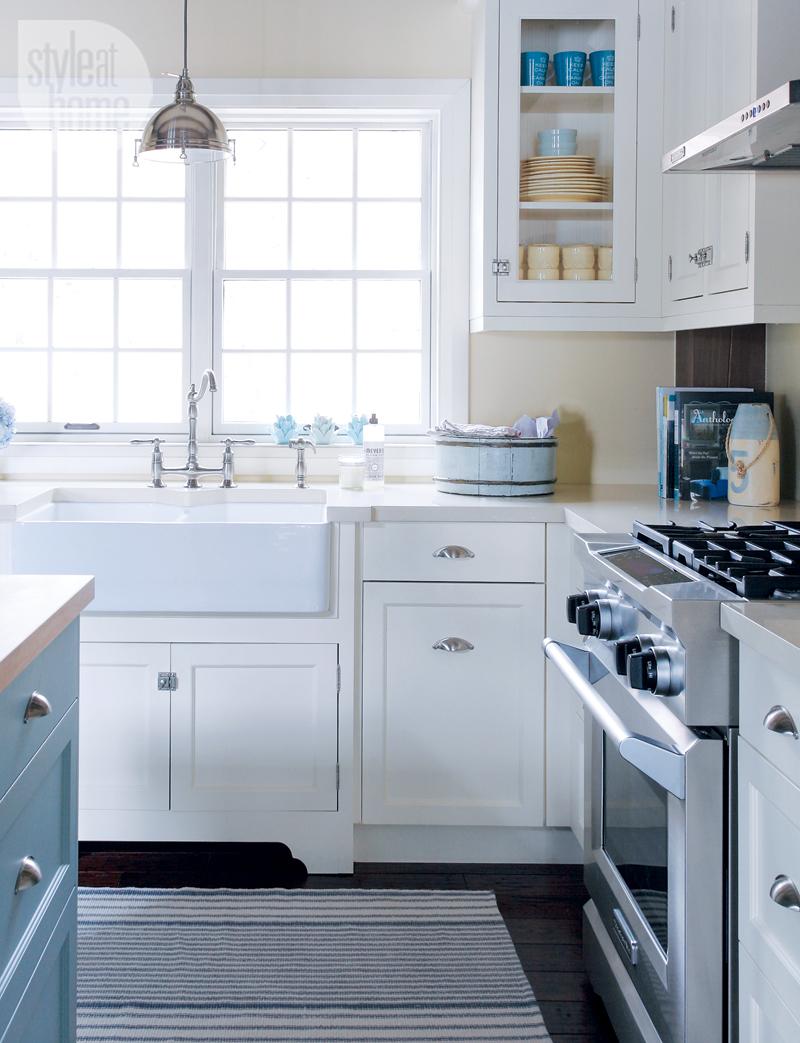 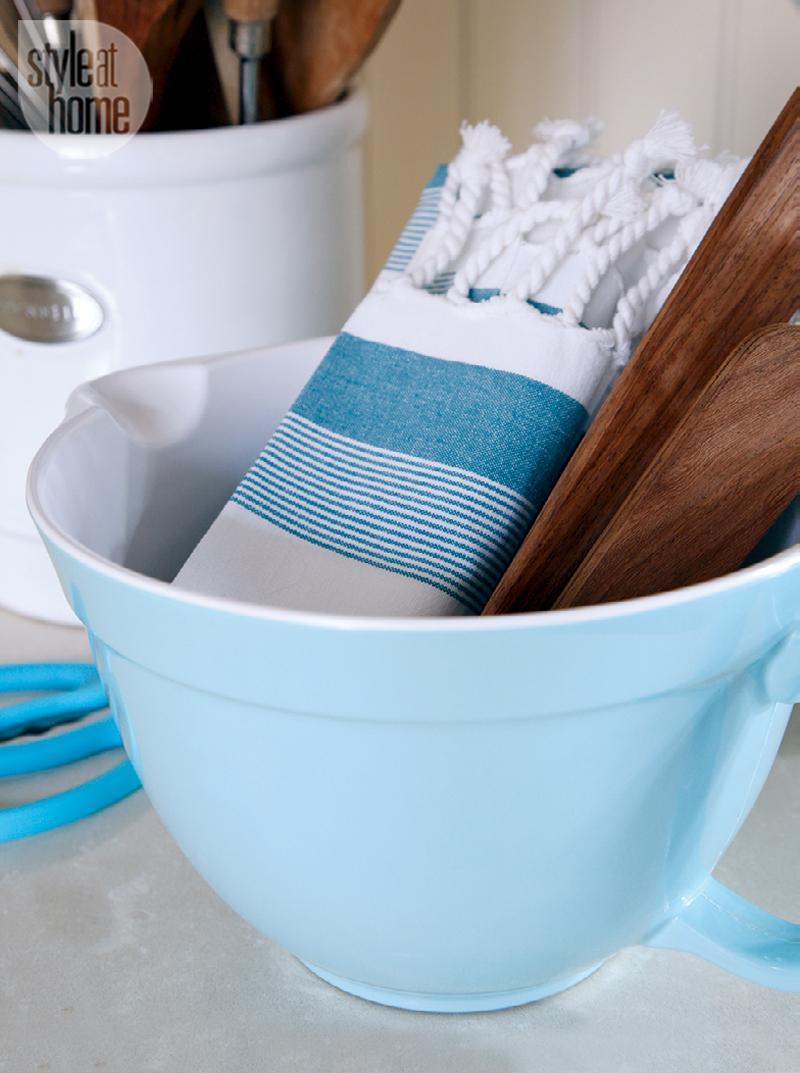 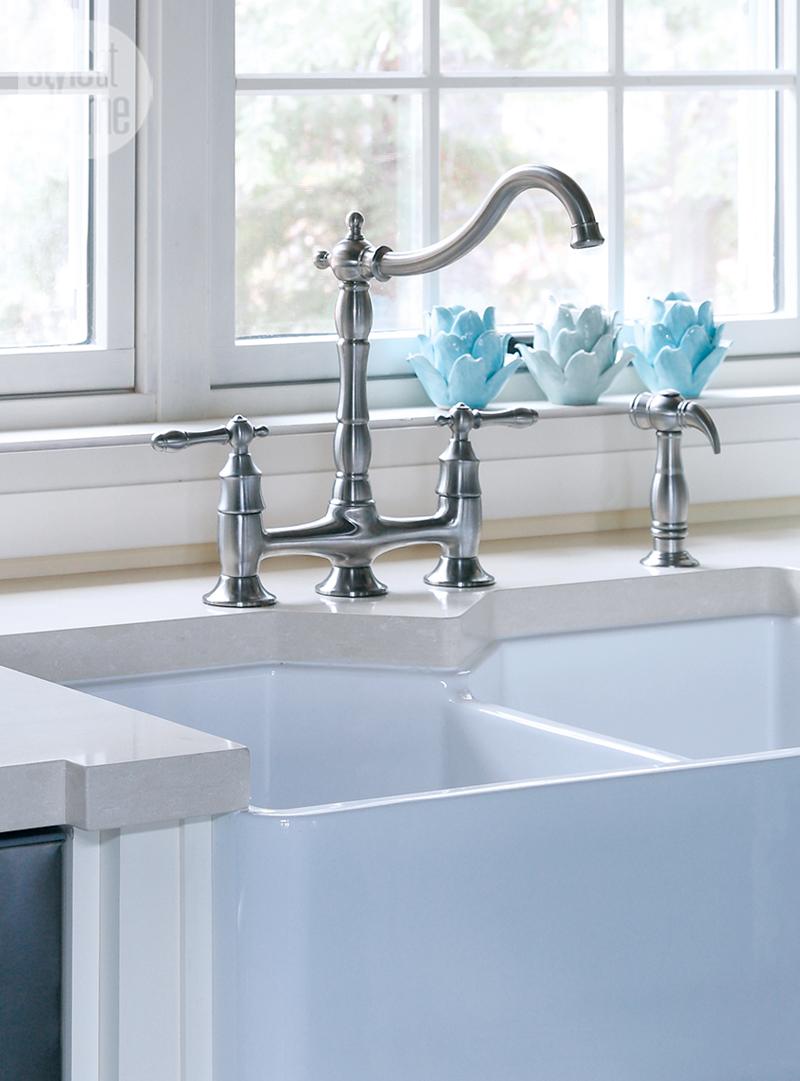 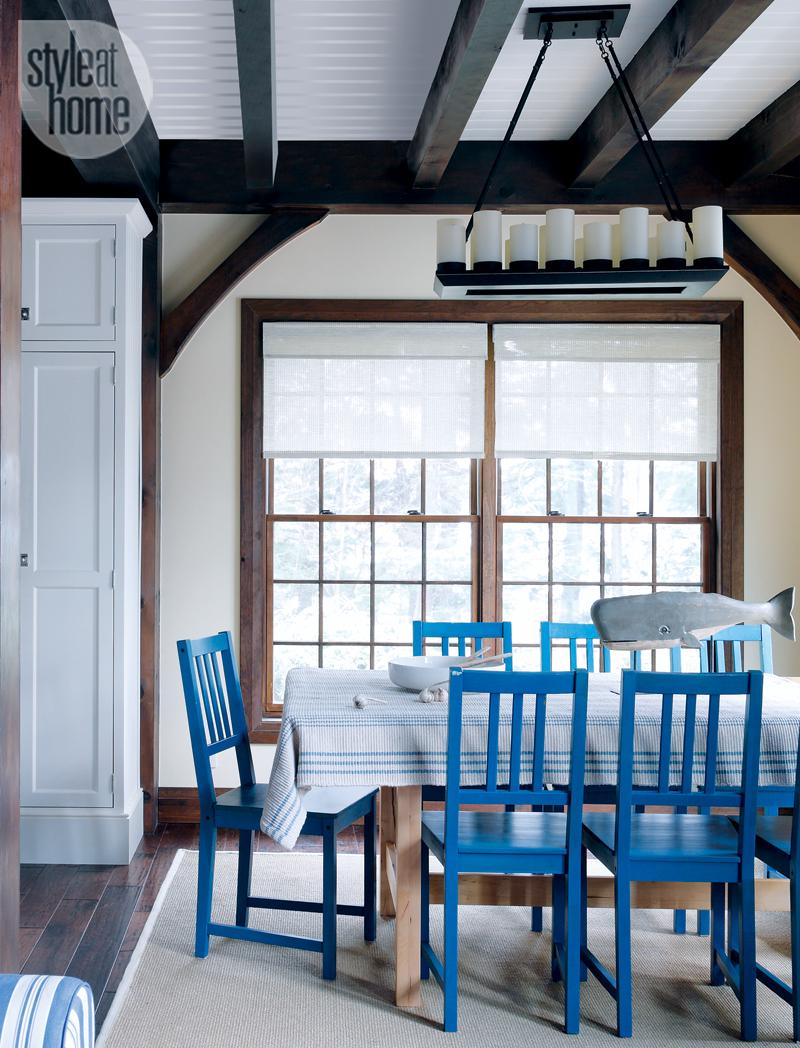 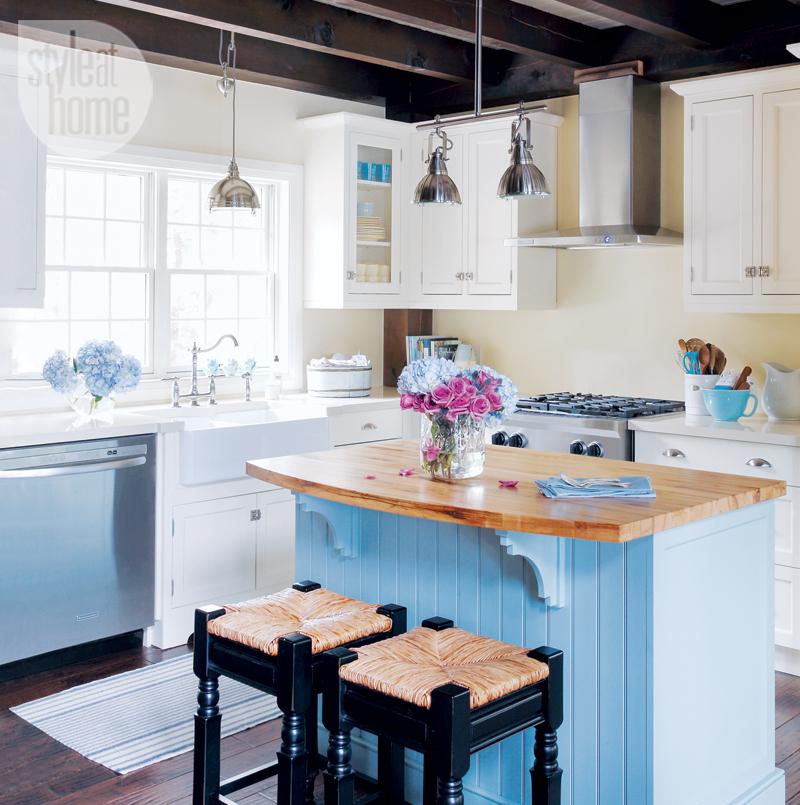 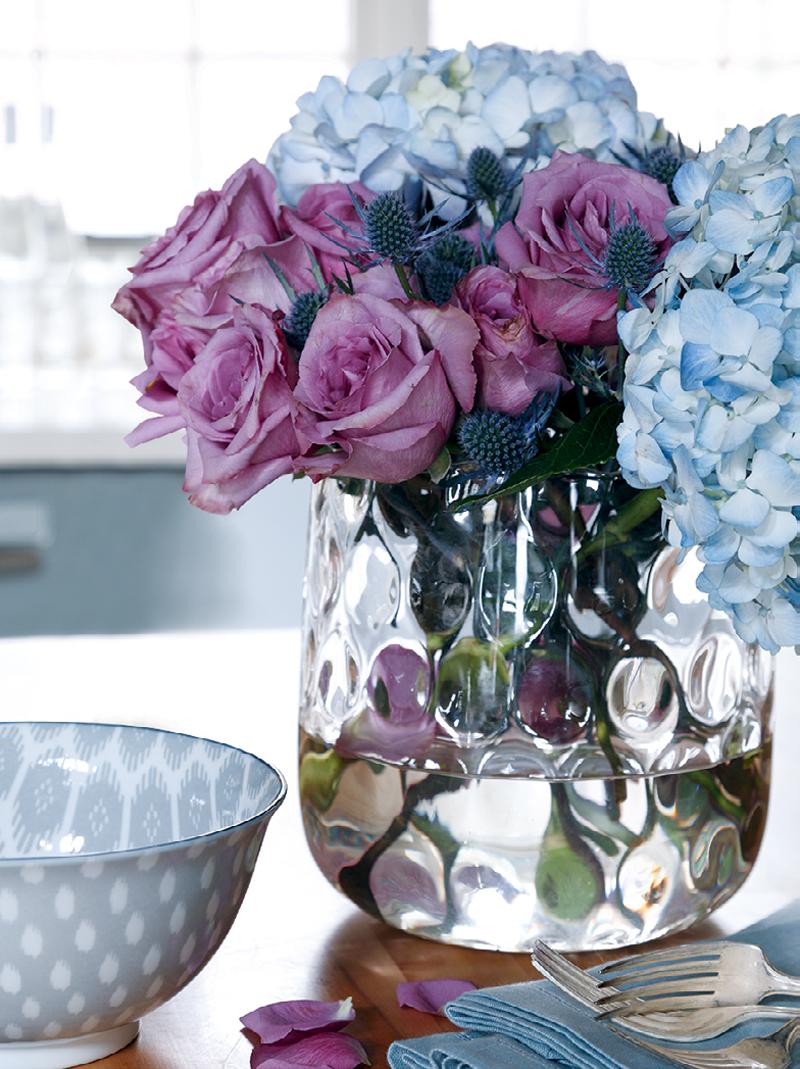 The footed kitchen cabinetry under the sink creates the relaxed look home-owner Linda Dobson wanted. An industrial-style pendant light and stainless steel appliances keep the space from feeling too quaint.

Using blue as a decor accent was a natural move for Linda.

The double-basin apron kitchen sink makes meal preparation and cleanup much easier when entertaining a crowd.

To create an uninterrupted work zone, designer Nancy Fournier positioned the refrigerator and pantry near the dining table. “In a cottage kitchen, it’s important to keep food storage on the edge of the prep area, as people are always in and out for snacks,” she says.

Creamy yellow walls and a periwinkle blue kitchen island set the palette for this cottage kitchen.

“I’ve always been partial to blues and, for a cottage, I thought it was important to incorporate colours that come from nature," says Linda