It's all in the details for this gorgeous kitchen. Author: Tracey Ayton

Dreams of a white kitchen become a reality for West Coast homeowner Tracy Stonehouse with the help of designer Victoria McKenney.

When Tracy Stonehouse and her husband, Diederik Emmen, first walked into this Tsawwassen, B.C., home, they were immediately sold on its great backyard, soaring vaulted ceilings and distant ocean views. What they weren't sold on was the very dated, oak-clad kitchen.

"I'd always wanted a white kitchen, but had never had one," says Tracy. She was forever flipping through magazines, longingly admiring pristine marble-topped islands and classic white cabinetry and millwork. "It's no wonder that the first thing I did when we decided to renovate this kitchen was turn to the pages of Style at Home to find a designer."

That interior designer ended up being Victoria McKenney of Enviable Designs in Vancouver. The first step for Victoria was to change the kitchen's floor plan. The tight U-shaped room was opened up to create a spacious 300-square-foot L-shaped space that embraces the adjacent family room. With an updated layout, Victoria could help Tracy realize her dreams of a white kitchen. 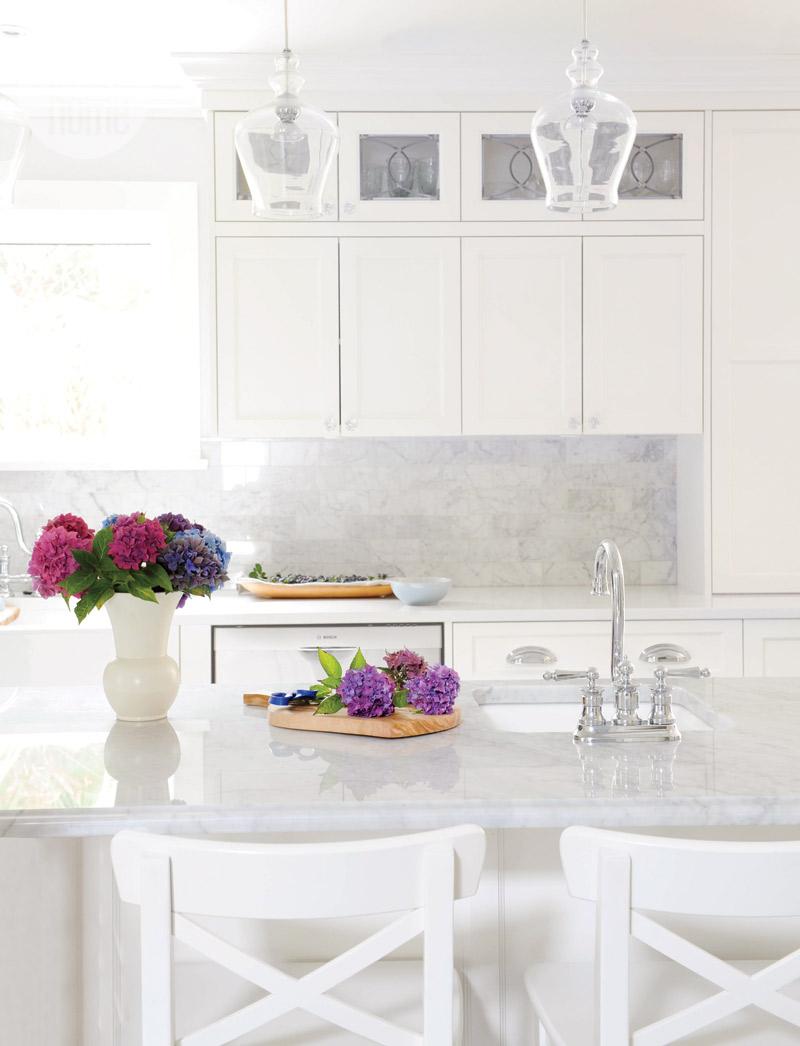 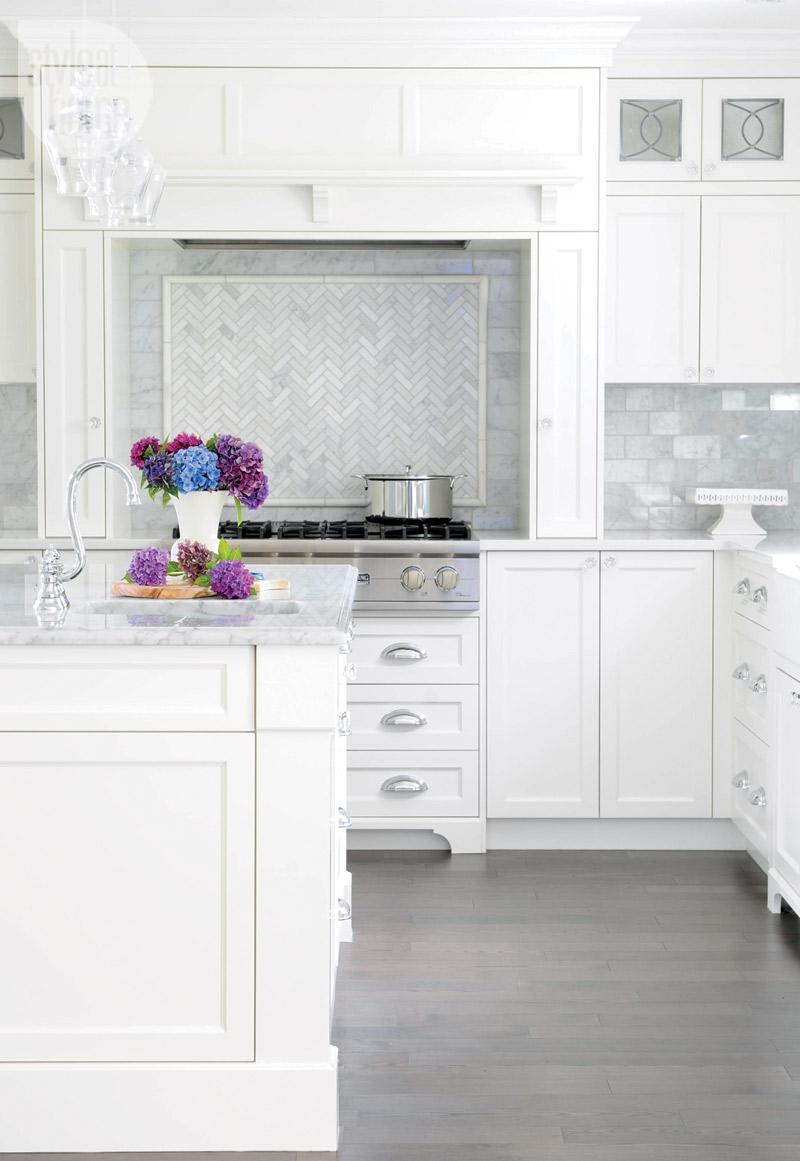 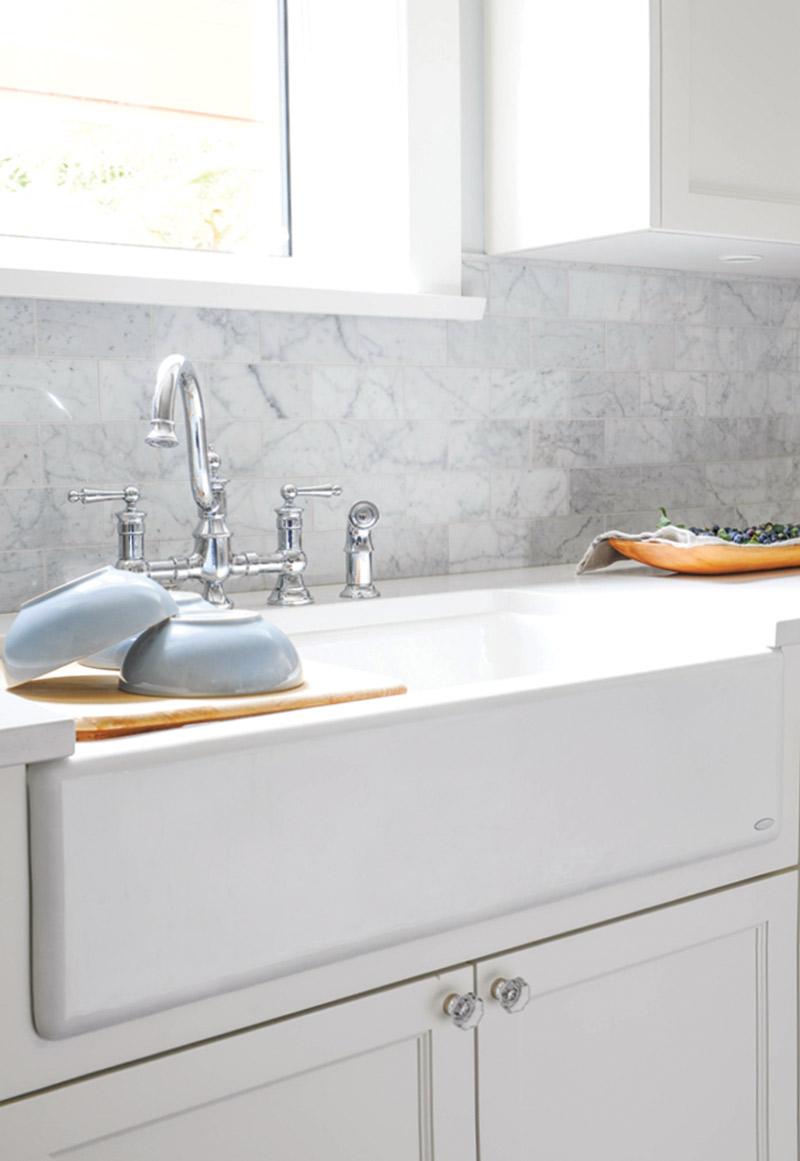 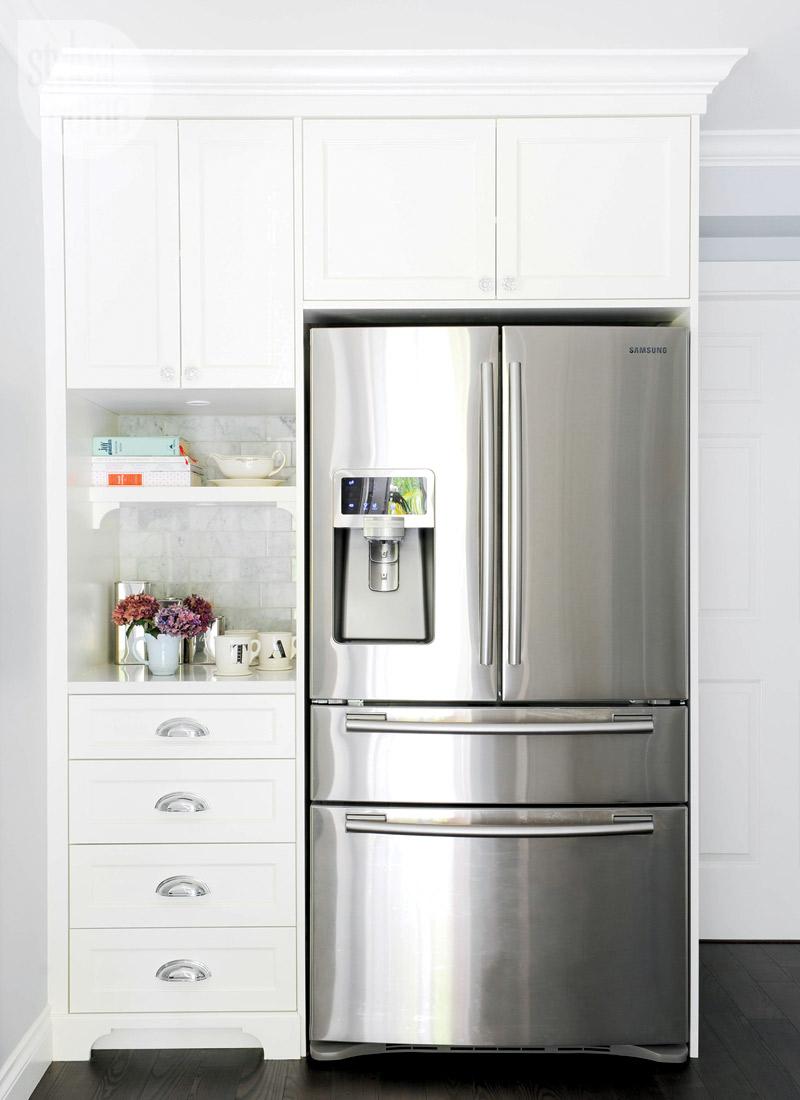 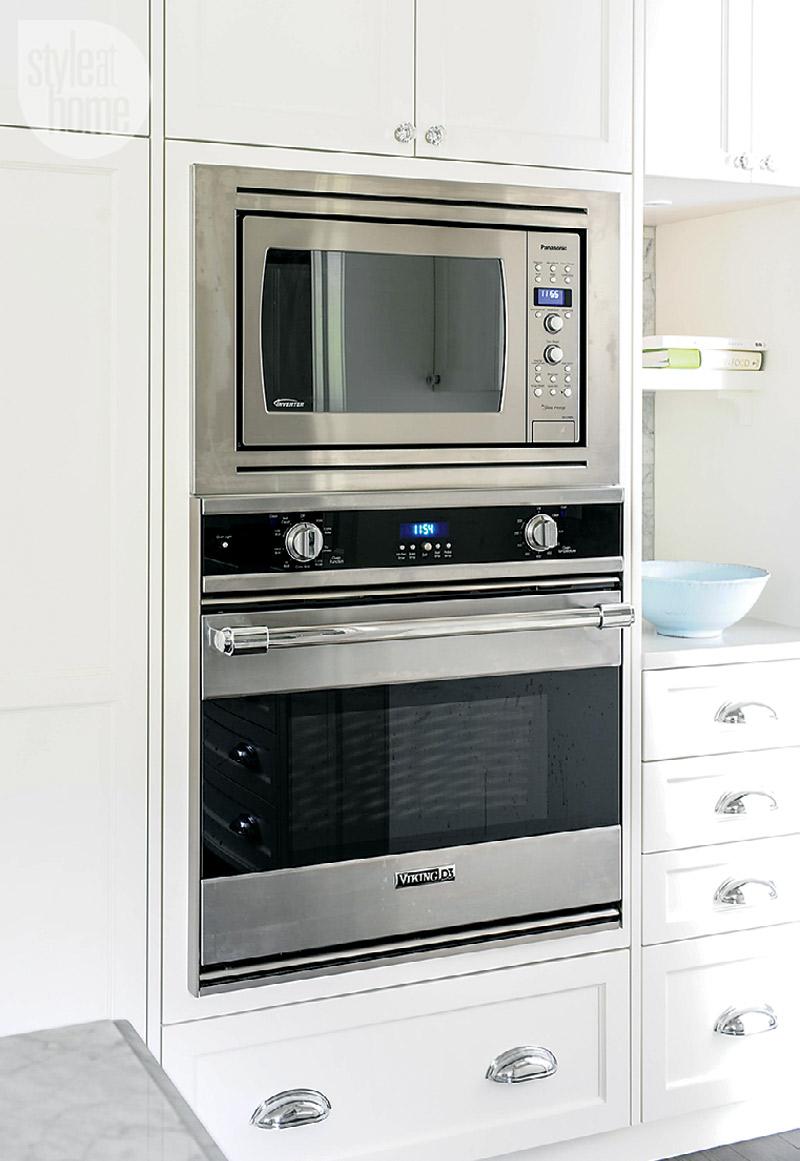 This kitchen is a hub for entertaining guests with its cozy stools, convenient bar sink and chef-style appliances. The island features a Carrara marble countertop and shiny white quartz for the perimeter.

Interior designer Victoria McKenney integrated millwork and furniture-inspired details, such as bookshelves and corbels, to enhance the simple shaker-style cabinetry.

Sleek new kitchen appliances were integrated into the floor-to-ceiling cabinetry.