A dark and dated kitchen gets a multi-purpose makeover. Author: Donna Griffith

Designer Ingrid Oomen gives this family of a five a multifunctional kitchen, adding a workspace, seating area and much more.

While the kitchen design in this 17-year-old north Toronto home was admittedly dark and dated, it was the awkward layout that homeowner Beth Wilkins wanted to change the most. Soon after she and her husband, Gord, purchsed the 2,700-square-foot house more than a year ago, they embarked on a four-month long overhaul with designer Ingrid Oomen to create a functional hub that would accomodate their family of five.

The wish list included a large kitchen island, an eating nook, a workspace, a relaxed seating area, good flow to the outside and tons of storage. "It was a real space planning puzzle," says Ingrid. But she made it work by using a few tricks like building an entire wall of storage disguised as handsome wall panelling and integrating a desk into the end of the cabinetry, all while keeping Beth's minimalist aesthetic in mind.

"The kitchen is so much more efficient," says Beth. "I have to say, every little spot in here is being used." 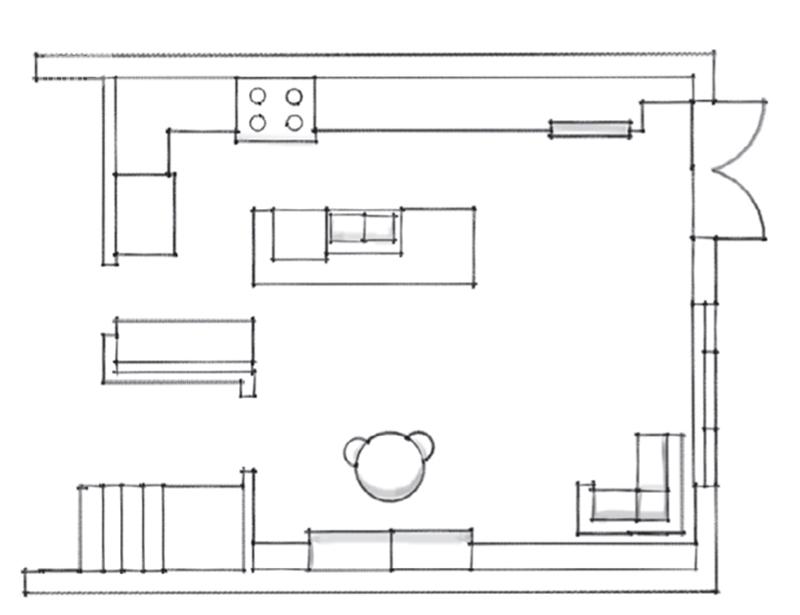 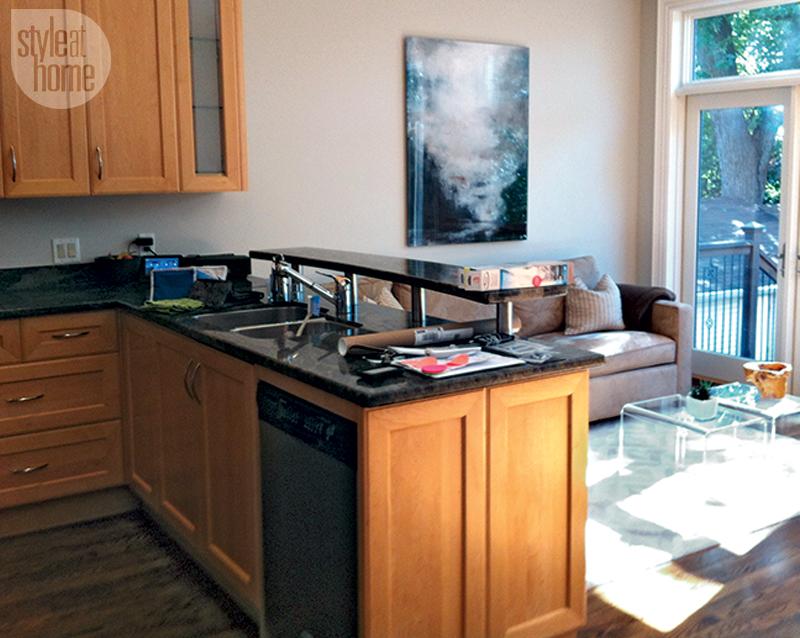 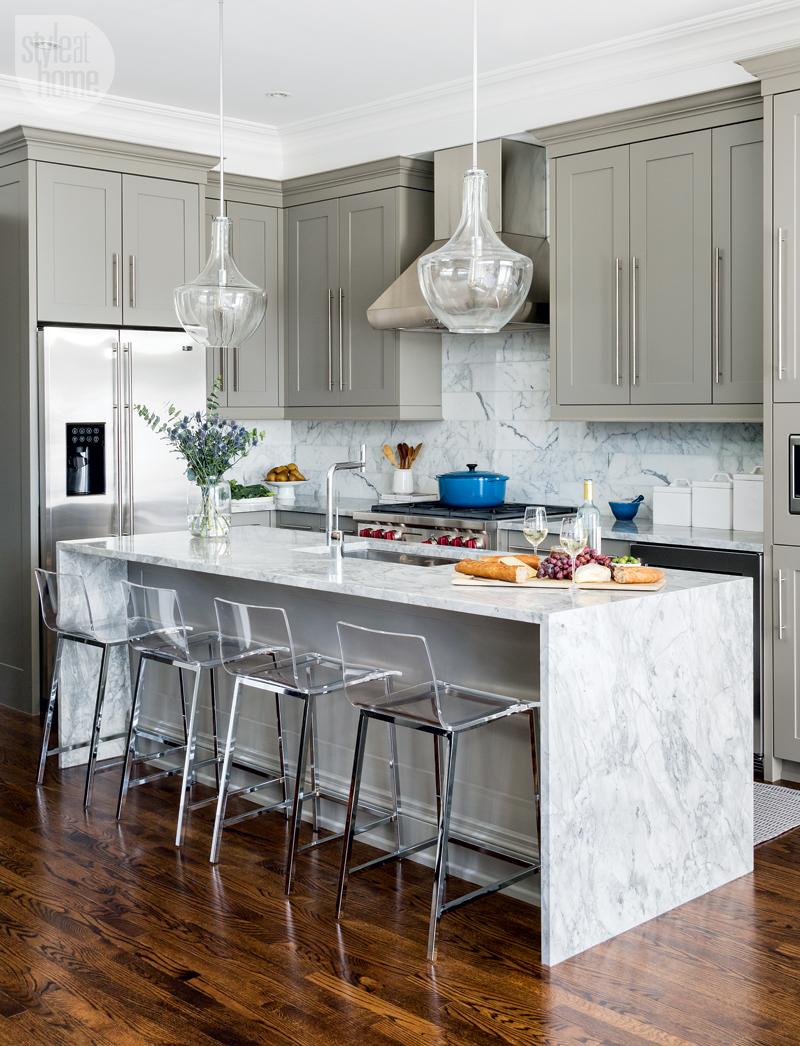 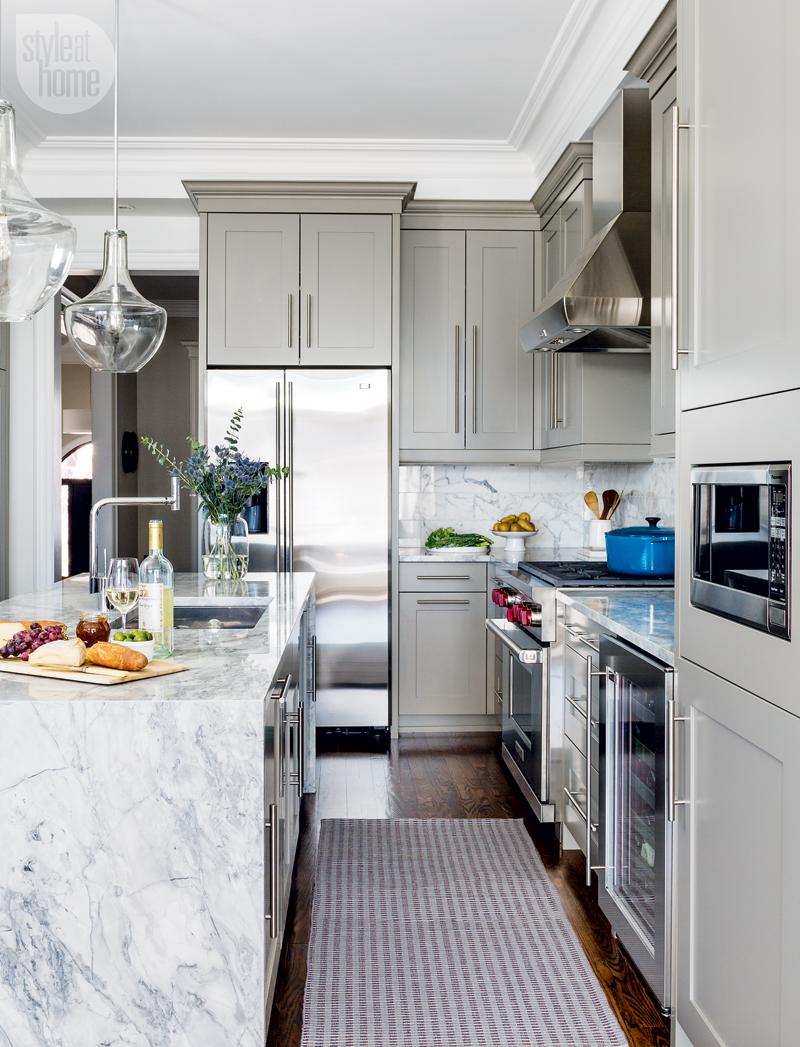 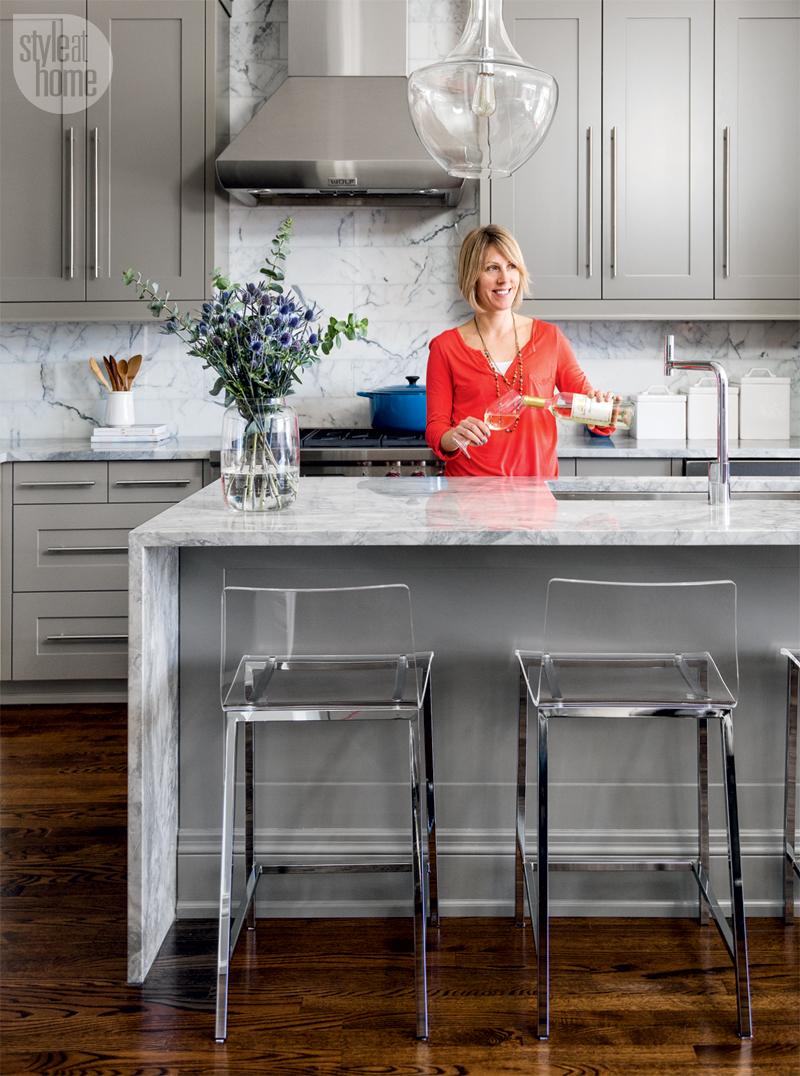 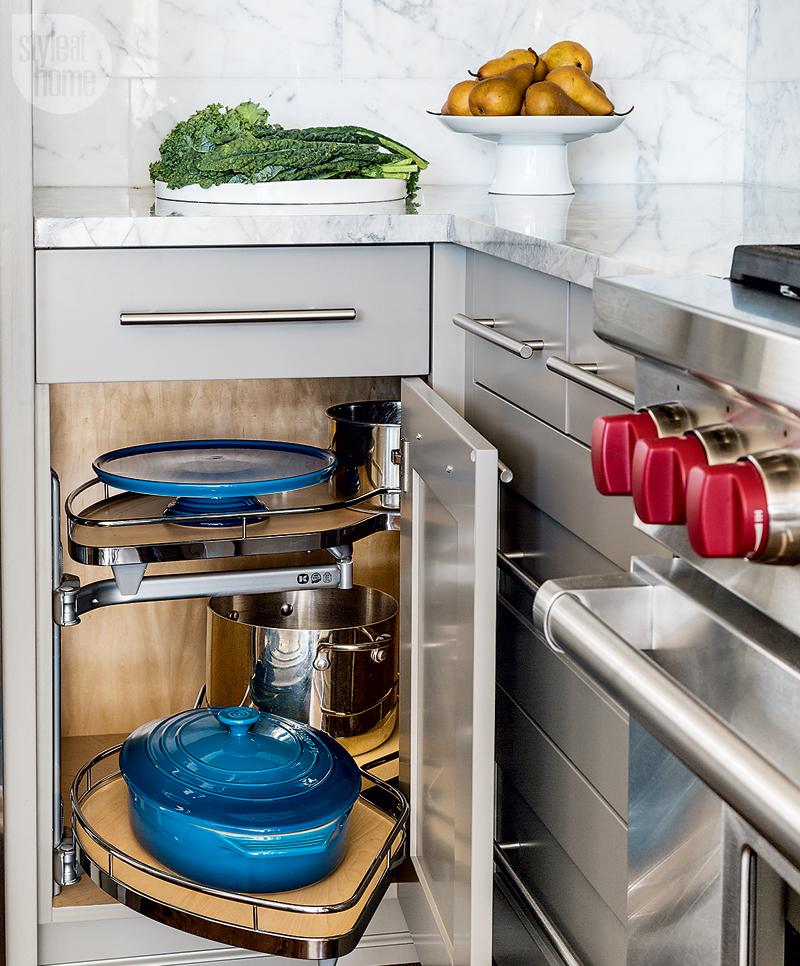 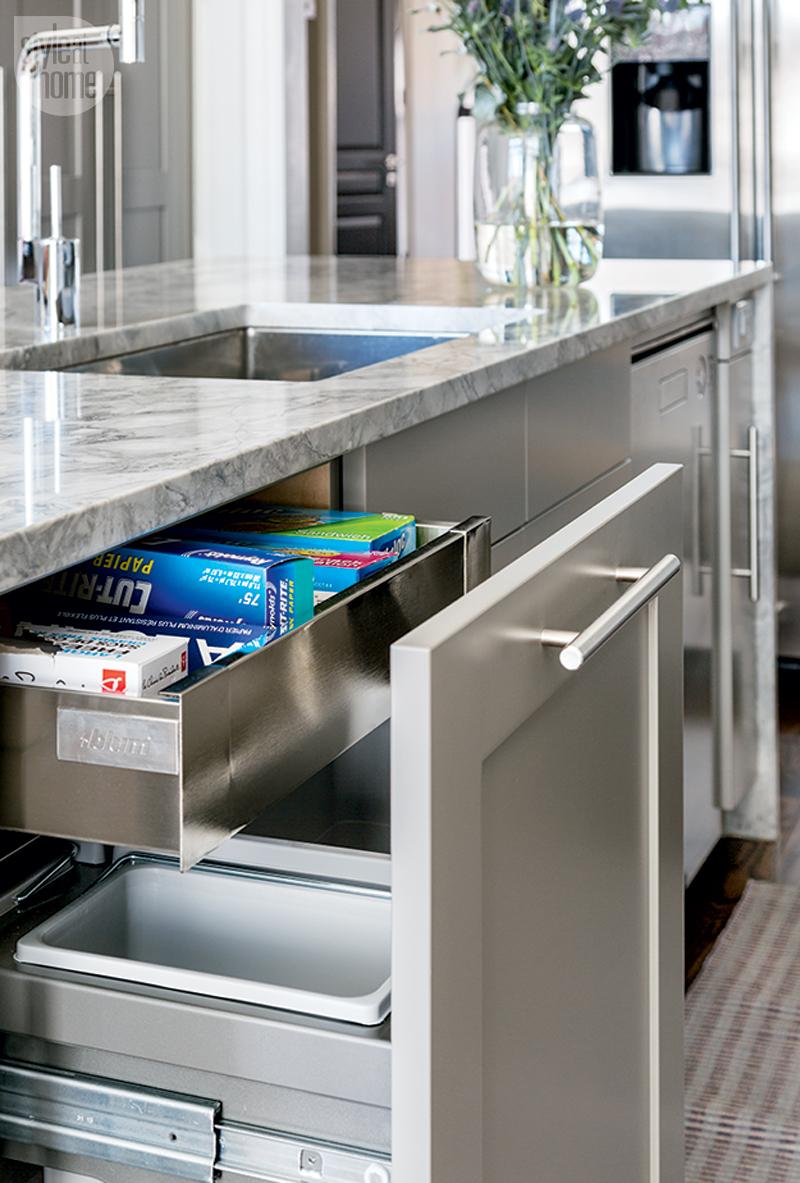 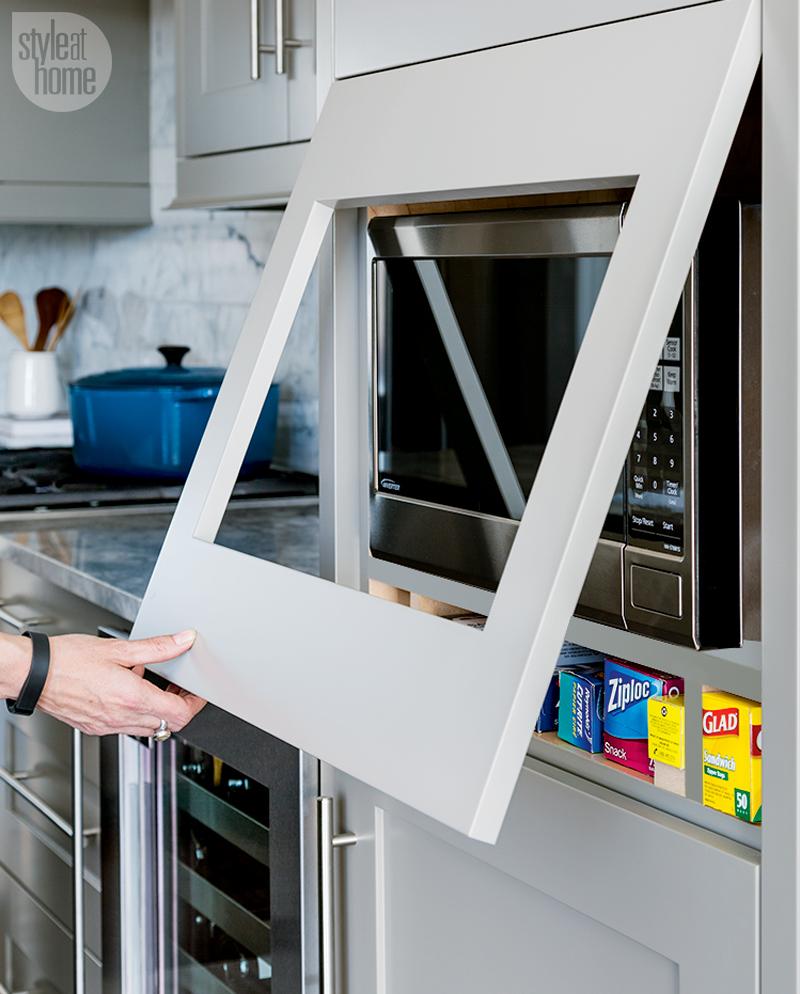 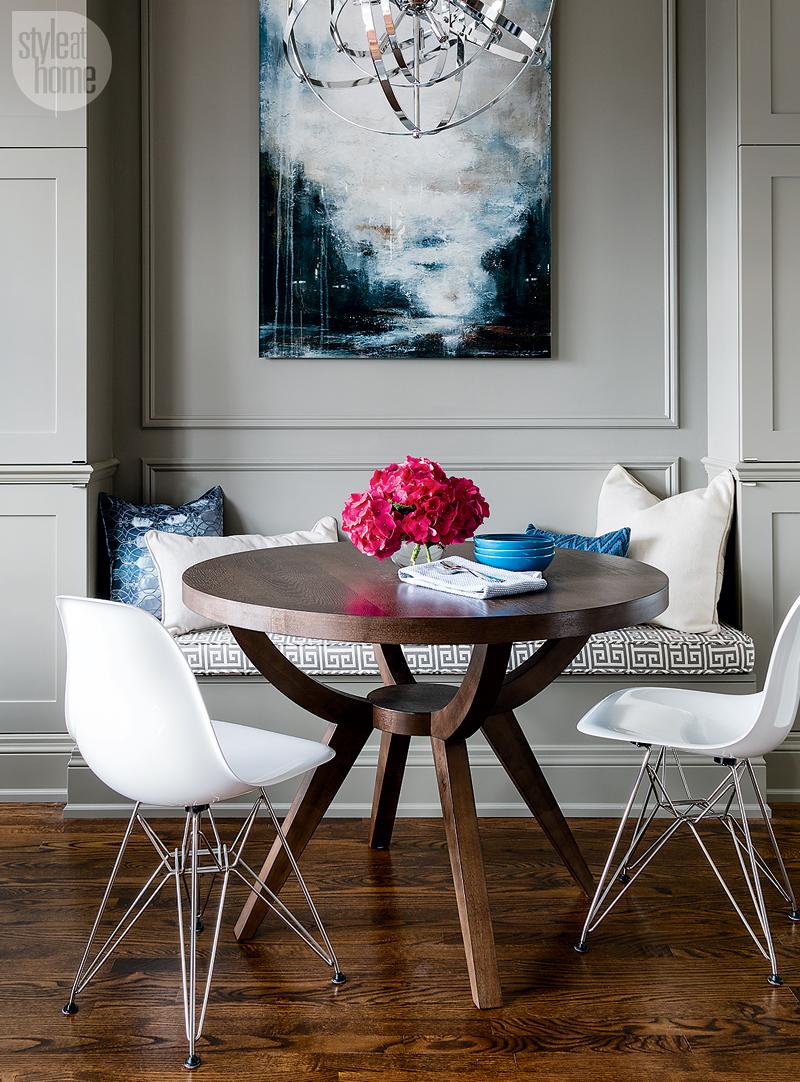 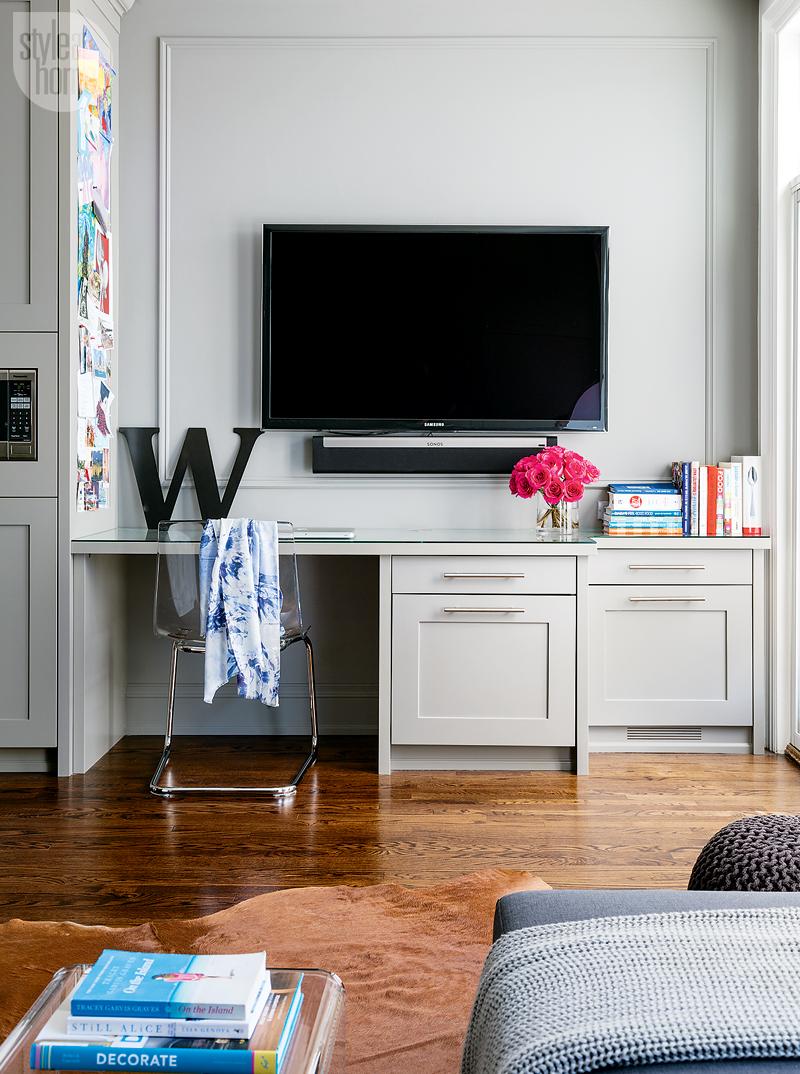 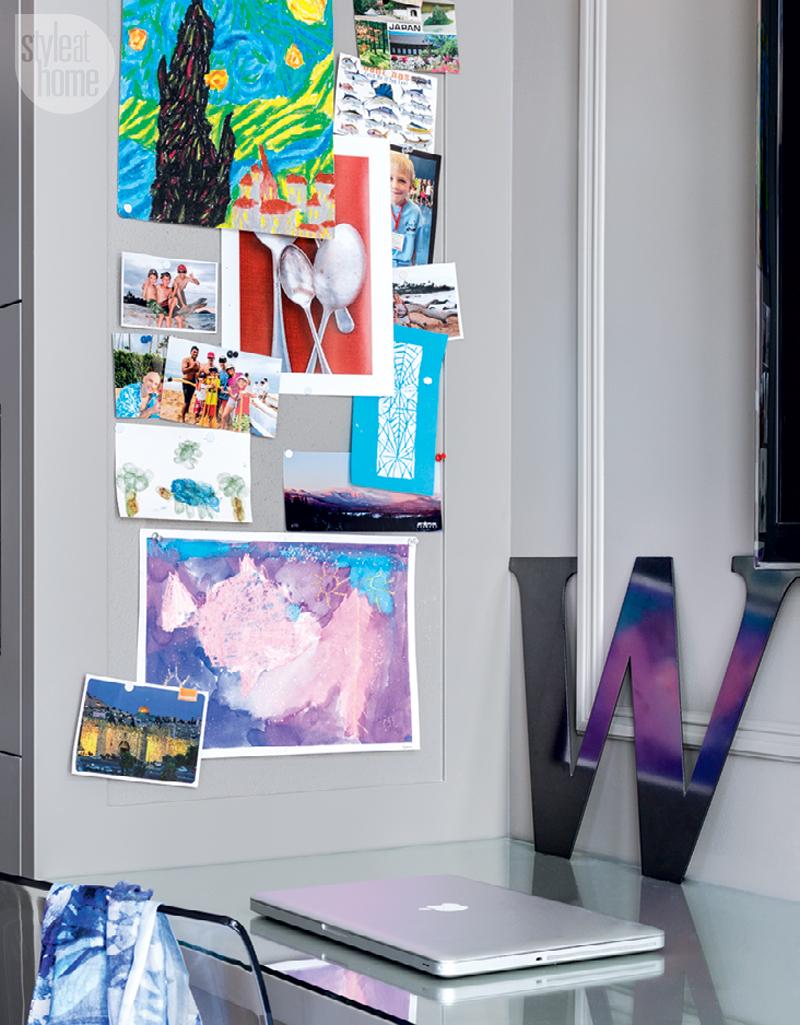 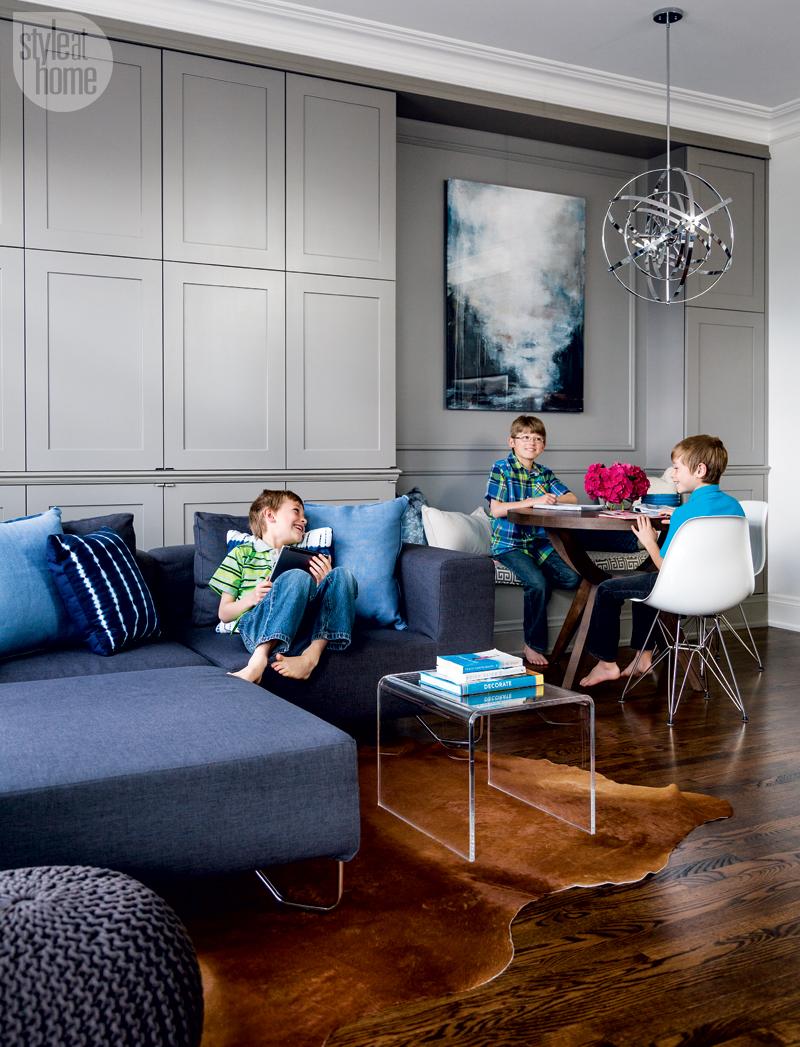 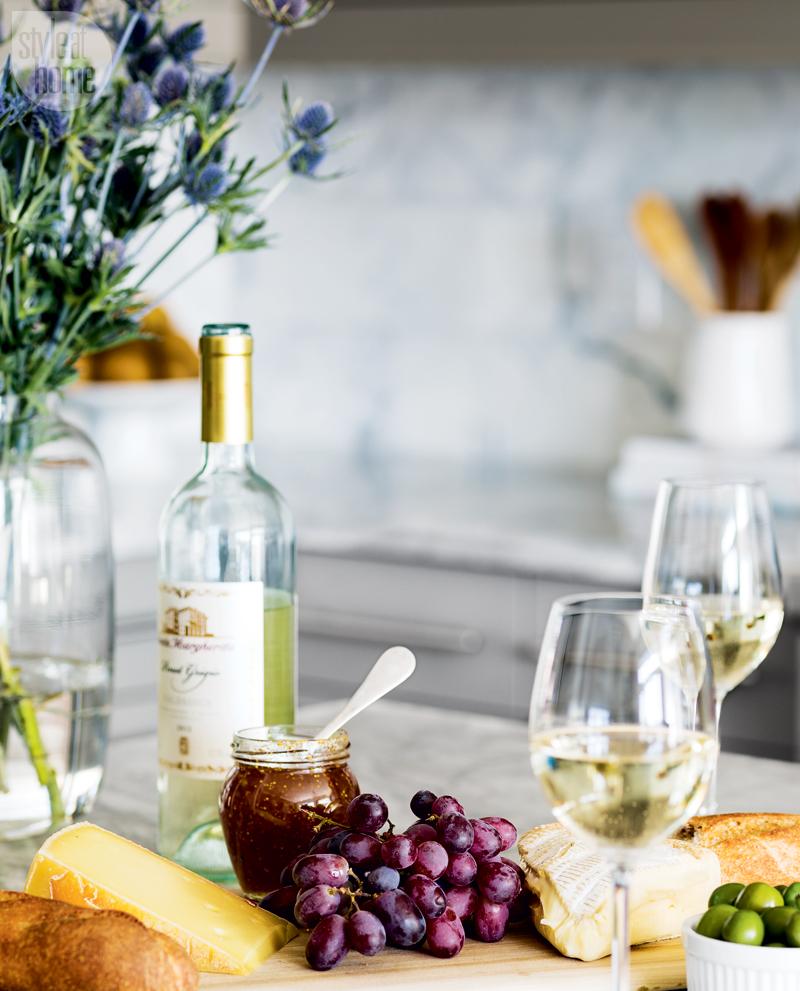 The floor plan of the kitchen makeover by the homeowners with designer Ingrid Oomen.

The dark, dated and awkward layout of the kitchen. "It was a real space planning puzzle," says Ingrid.

The kitchen's on-trend grey and white palette works well in this bright area. "Sometimes grey tends to feel like 'prison grey,' as I call it, if it's in a more dimly lit room," says designer Ingrid Oomen. "But in an open, airy space like this, it's a nice complement and balances out the natural light coming in."

The large nine-by-three-foot kitchen island, featuring a stunning quartzite countertop with a waterfall edge, houses the dishwasher, a garbage drawer, extra storage and huge single sink. "Its one giant, deep sink that everybody comments on when they come over," says homeowner Beth Wilkins. "it's fabulous for doing dishes."

The kitchen's quartzite countertops match the Statuario marble tile backsplash. "The great thing about natural quartzite is that it's stronger than marble but has a similar feel and movement," says Ingrid. "It also doesn't etch and stain as much, and the two stones work so nicely together."

A butterfly pullout which is like a more ergonomic Lazy Susan, maximizes storage in a corner cabinet. "It pulls all the way out so nothing gets lost in the back of the cupboard," says Ingrid.

In the kitchen island, a slide-out cabinet for garbage is composed of four compartments - one for trash, one for recycling, and two for composting - and a drawer for items such as waste bags, sandwich bags and tinfoil.

Instead of using a typical trim kit, Ingrid intergrated the microwave into the kitchen cabinetry for a more seamless look. "It's a flip-up, so if you have to access for service the microwave, you can," she says.

A built-in bench creates a comfortable spot in the eating nook. "The nice thing about the bench is that it lets you scooch the table up closer, so it really minimizes the space that you need for an eat-in area," says Ingrid. "And the roud table makes it easier to get around."

The desk was placed off-centre to allow the work and TV-watching areas to function in unison. "If somebody is sitting at the desk, he or she isn't blocking the view of the person watching TV," says Ingrid.

Tip: Create a spot where you can display children's artwork instead of sticking it to the fridge.

The family's wish list was completed with a large island, an eating nook, a workspace, a relaxed seating area, good flow to the outside and tons of storage. "The kitchen is so much more efficient," says Beth. "I have to say, every little spot in here is being used."