Already suffering from slight reno fatigue, these homeowners wanted a fast kitchen update when they moved into this 5,679-square-foot Edwardian Toronto home two years ago. “It was just a quick facelift with plans to renovate down the road,” says designer Shirley Meisels. She had just finished the owners’ previous house when they ended up having twins. Now, with four children, they needed to find a bigger place. “And they weren’t interested in going through another large-scale project,” she says.

But the kitchen’s original French country feel didn’t suit their more edgy, streamlined style. Luckily, changing a few key details, such as staining the natural knotty pine floors a greyish brown and painting the apple green window frames black, went a long way toward achieving a modern look. “They love the kitchen so much, I don’t think they’re going to be renovating it for a long time now,” says Shirley with a laugh. “I might have designed myself out of a job!” 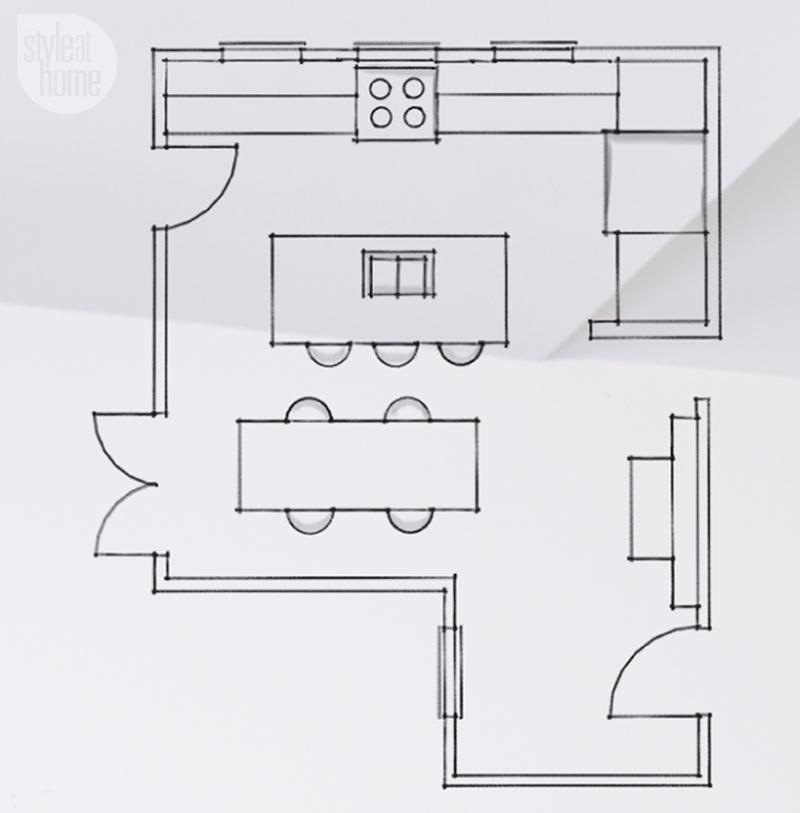 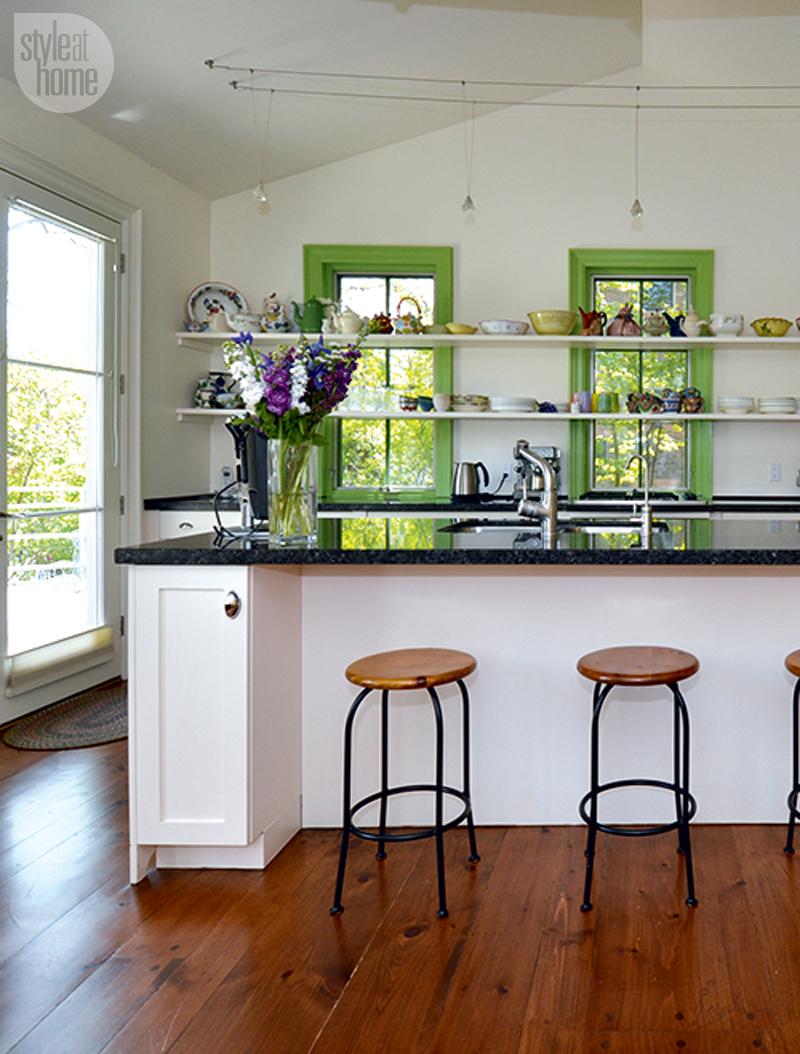 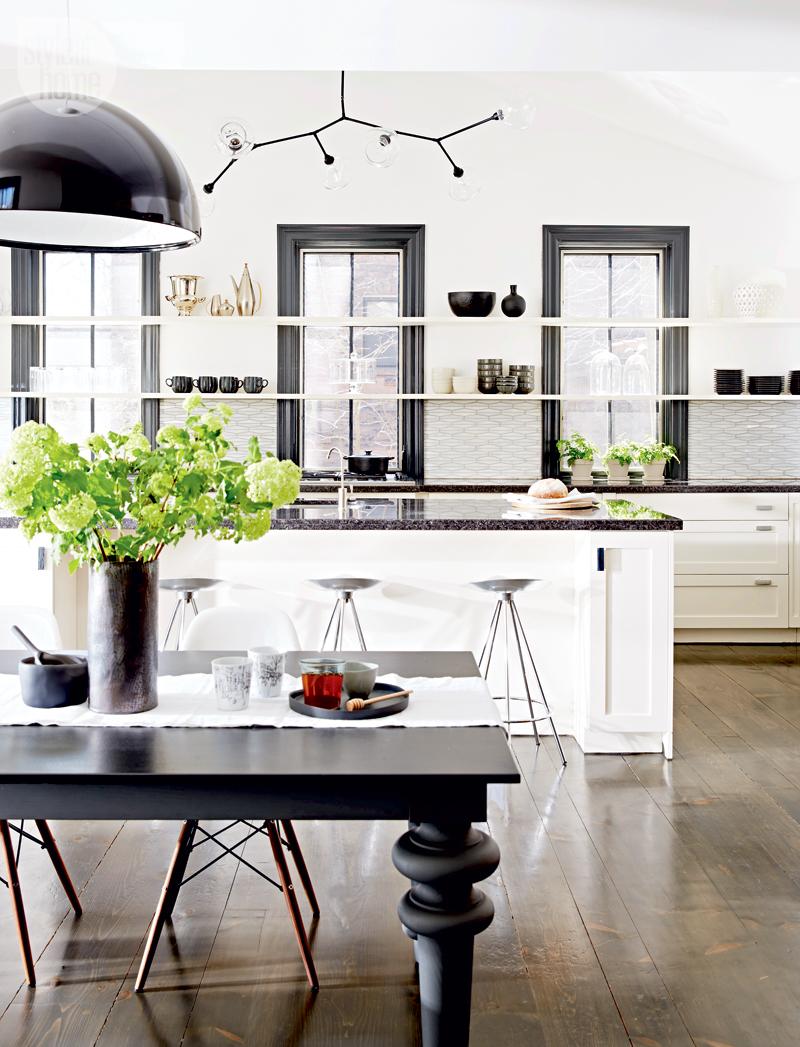 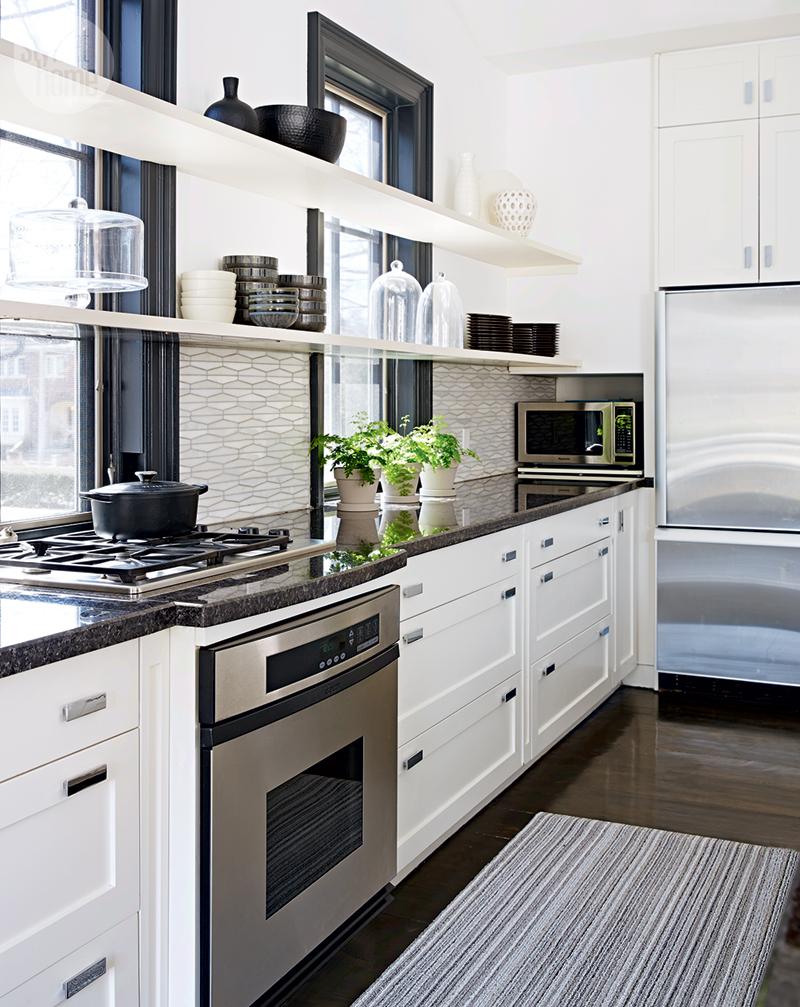 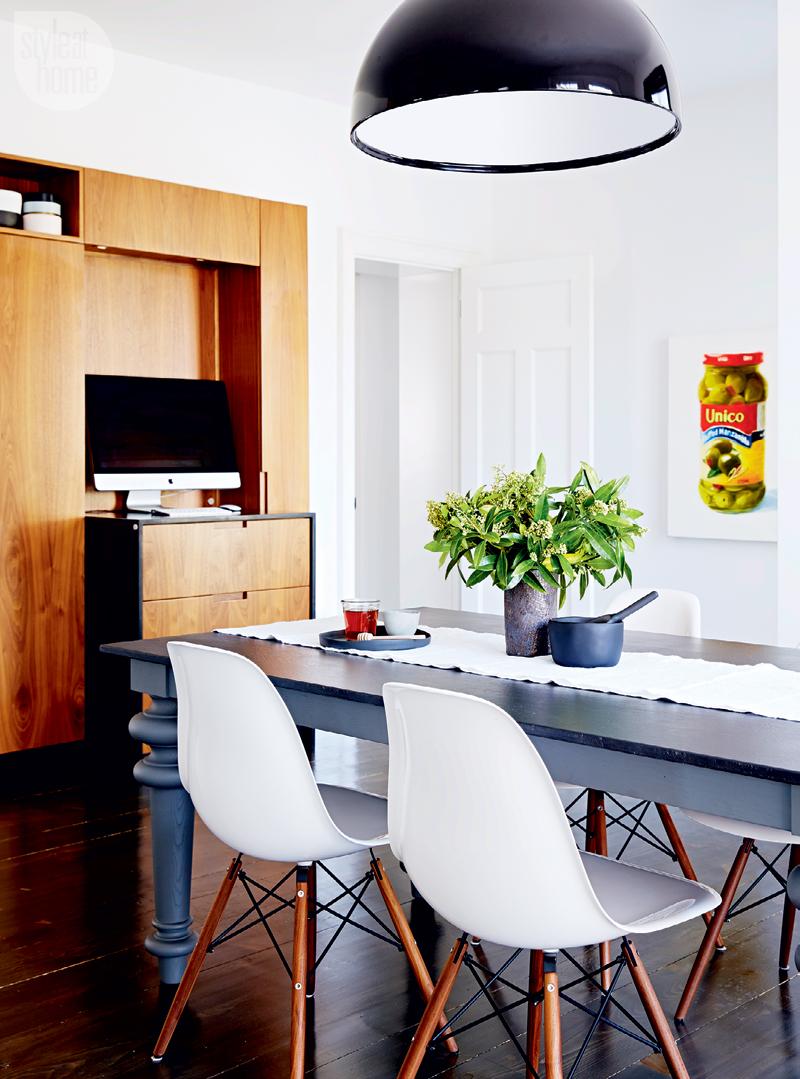 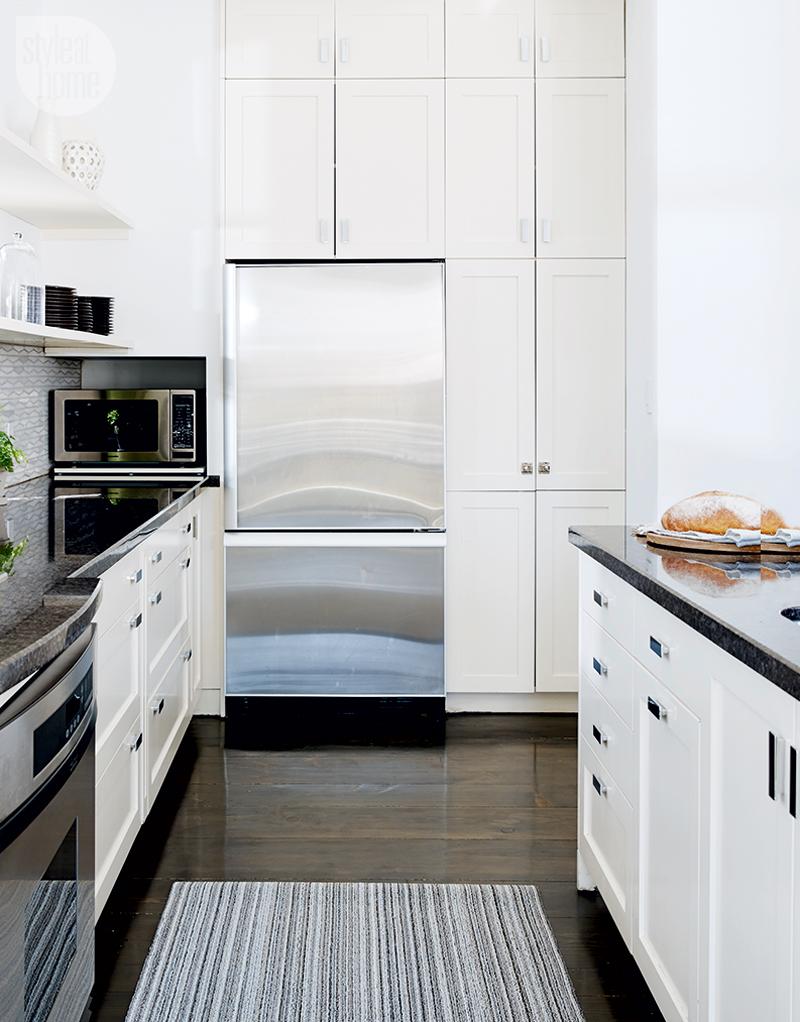 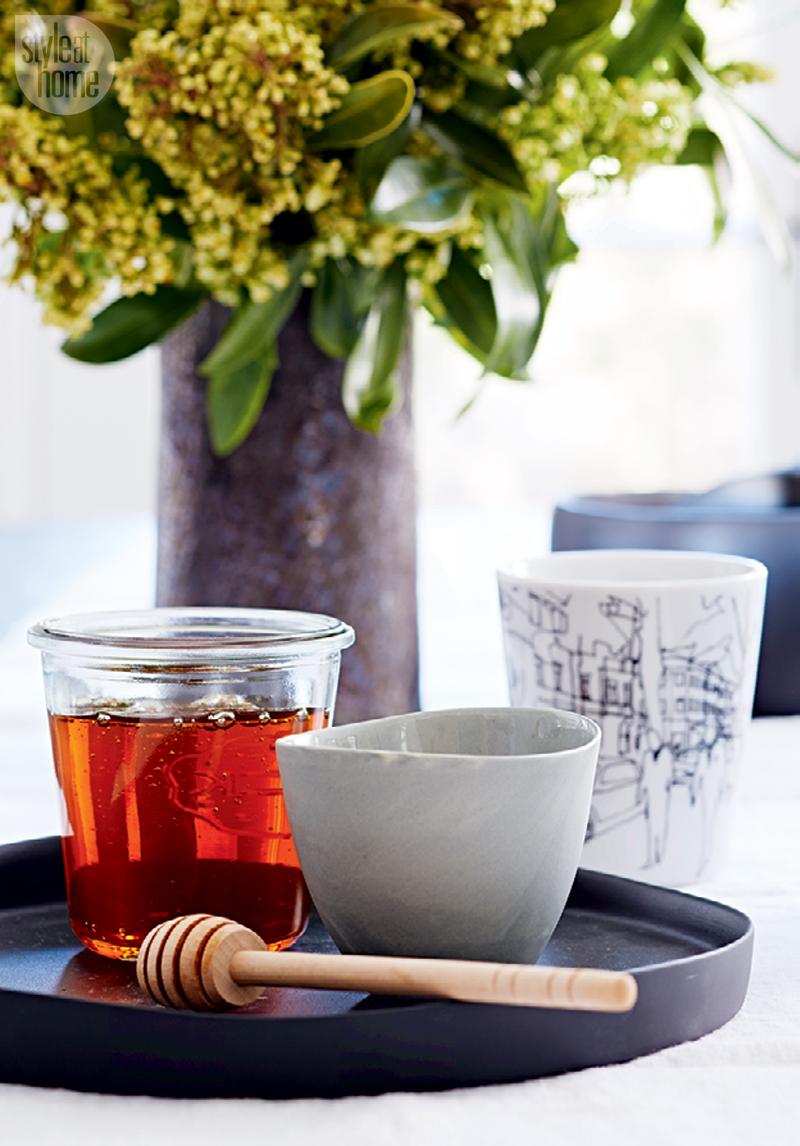 By adding a few key details, deisgner Shirley Meisels was able to give this kitchen decor a simple but much-needed update.

Toronto homeowners wanted to give this kitchen a quick facelift without having to deal with large-scale projects.

In the open kitchen, showstopping light fixtures anchor and define both the working and eating areas. "In kitchens in particular, where everything is so linear, using sculptural lighting can really help to break up the monotony and create focal points," says designer Shirley Miesels.

The kitchen's existing creamy white Shaker-style kitchen cabinetry and black granite countertops were left intact, while the walls and window frames were given a coat of paint, says Shirley (shown at left).

Shirley Meisels's tip: Don't overlook a window wall. Most people think a wall with windows is a dead space but in this kitchen, placing the open shelves in front of the windows provides extra storage and creates a striking design feature.

New to the kitchen is a sleek bank of walnut cabinetry, which houses a workstation, a pantry and a broom closet as well as extra storage. "The computer is at counter height, so you can walk up to it and check out a few things," says Shirley.

The original Shaker-style cabinetry was given a contemporary edge with brushed nickel pulls. Shirley also added a Carrara marble mosaic tile backsplash to provide texture as well as a touch of coolness.

Tip: incorporate durable surfaces. The slate tabletop here can withstand a lot of wear and tear.