A mix of old and new gives this kitchen a timeless yet fresh look. Author: Donna Griffith

Traditional meets contemporary in this renovation of a 1920s kitchen, led by designer Ali Budd.

Homeowners Laira Thomas and Ron Bar Yoseph had a vision when they purchased this character-filled 1920s Toronto home. “We knew it had such potential and we could do some really amazing things,” says Laira. The time to renovate came two years ago when the couple learned they were expecting their third child. They hired designer Ali Budd to carve out a master suite in the attic of the 3,000-square-foot house, freeing up their old room for the new addition.

Laira and Ron also decided to take this opportunity to update the main floor, which suffered from a really choppy layout. “The kitchen was quite small, and the living room was massive,” says Ali. Skinny hallways, a bathroom off the kitchen and a miniscule family room were also part of the disjointed plan. “Nobody could see each other, so that was a big problem for them,” she says.

But most important, it offers a room that suits this family’s main need. “They like being together,” says Ali. “They really do hang out all the time, which is so great.” 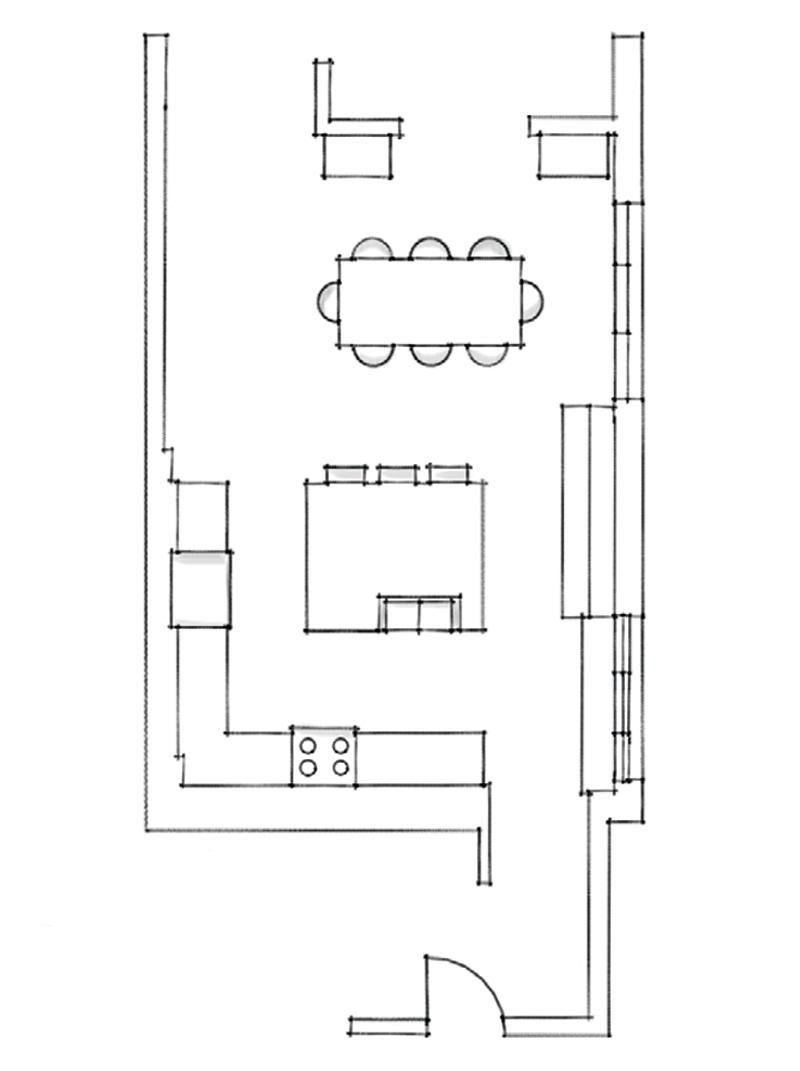 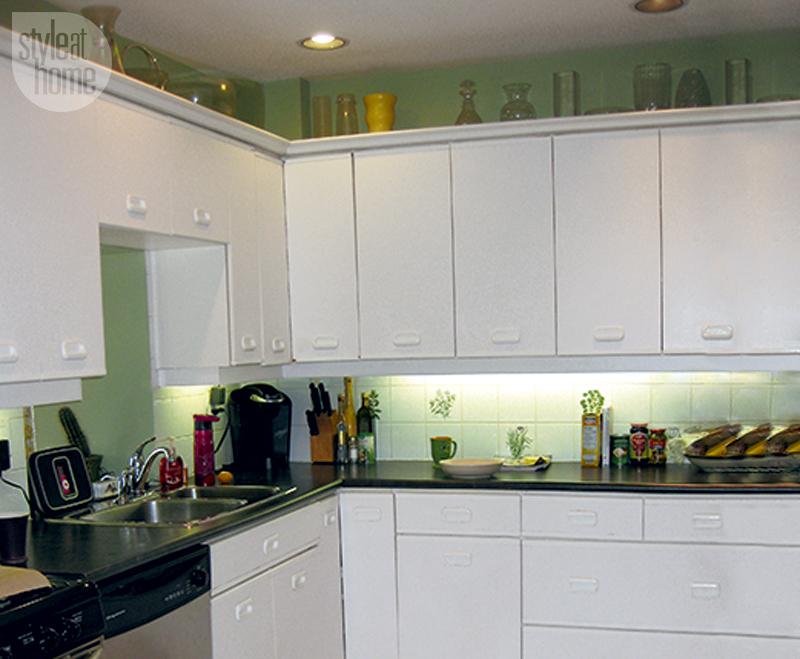 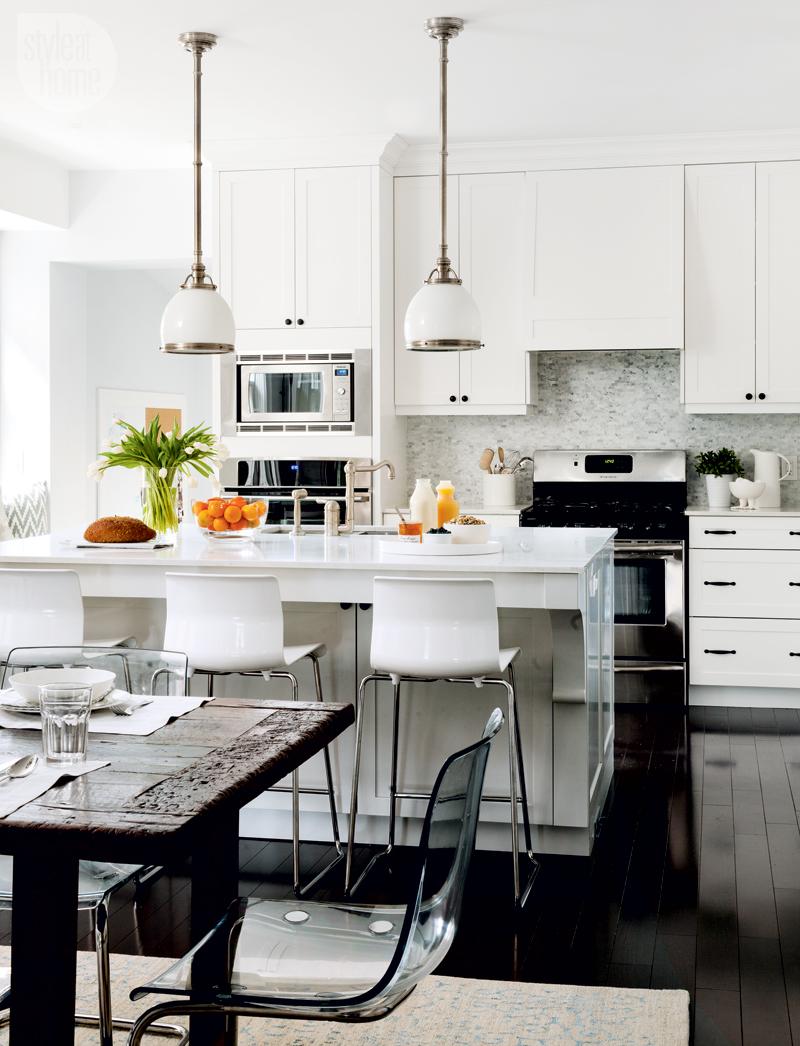 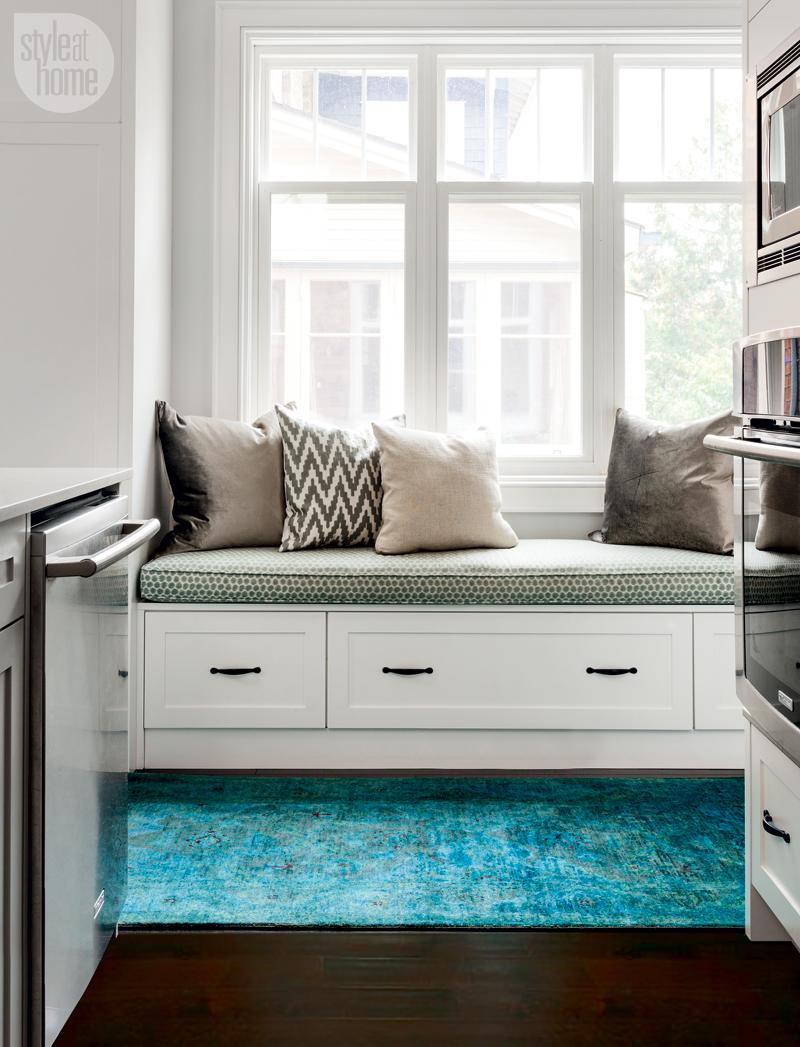 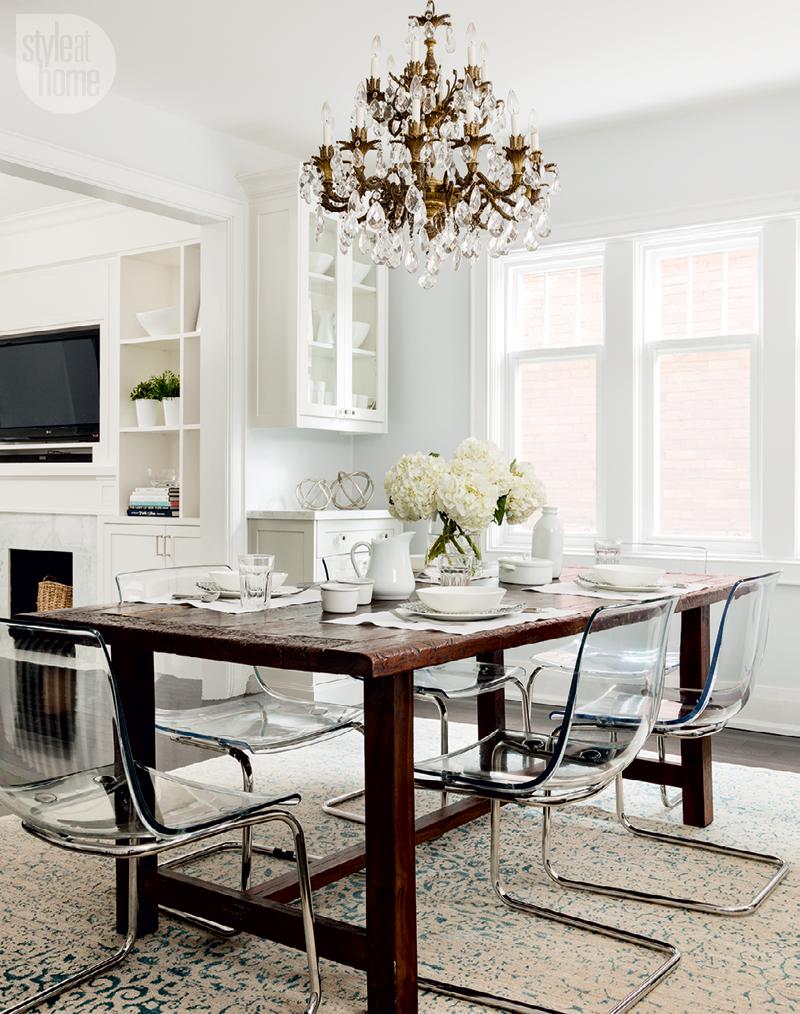 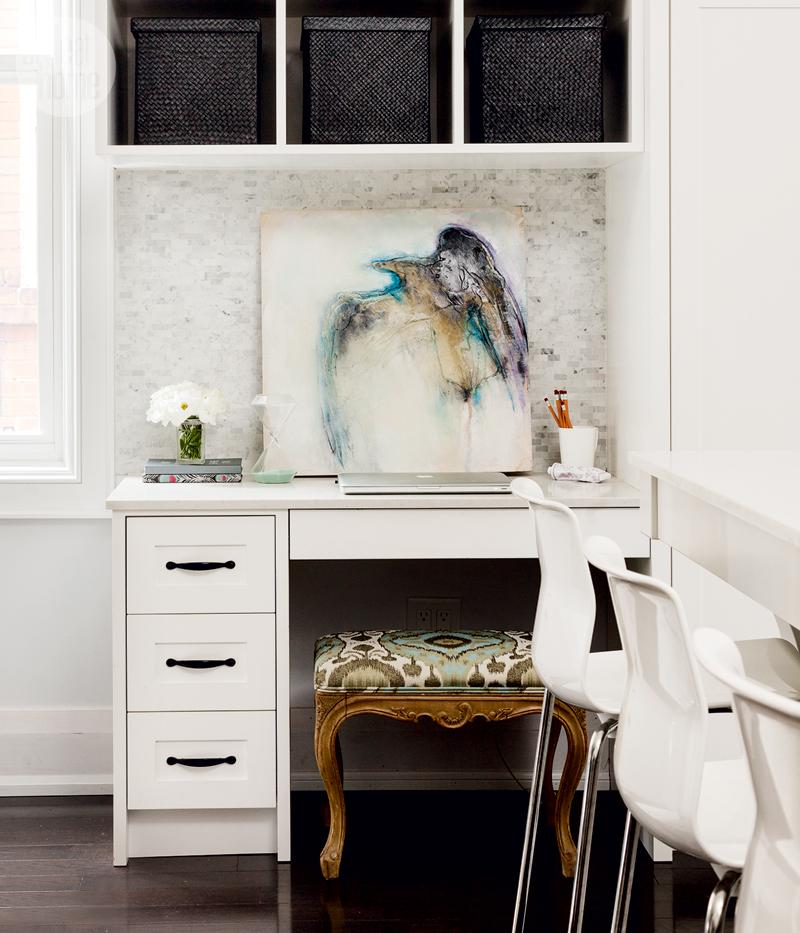 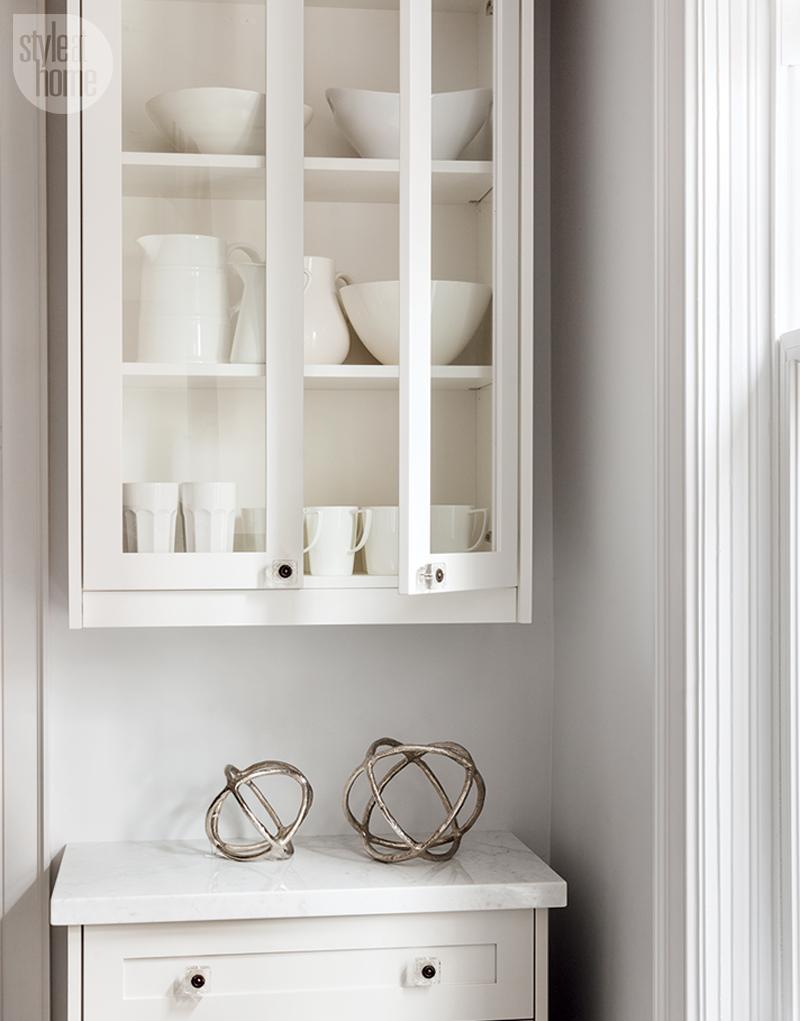 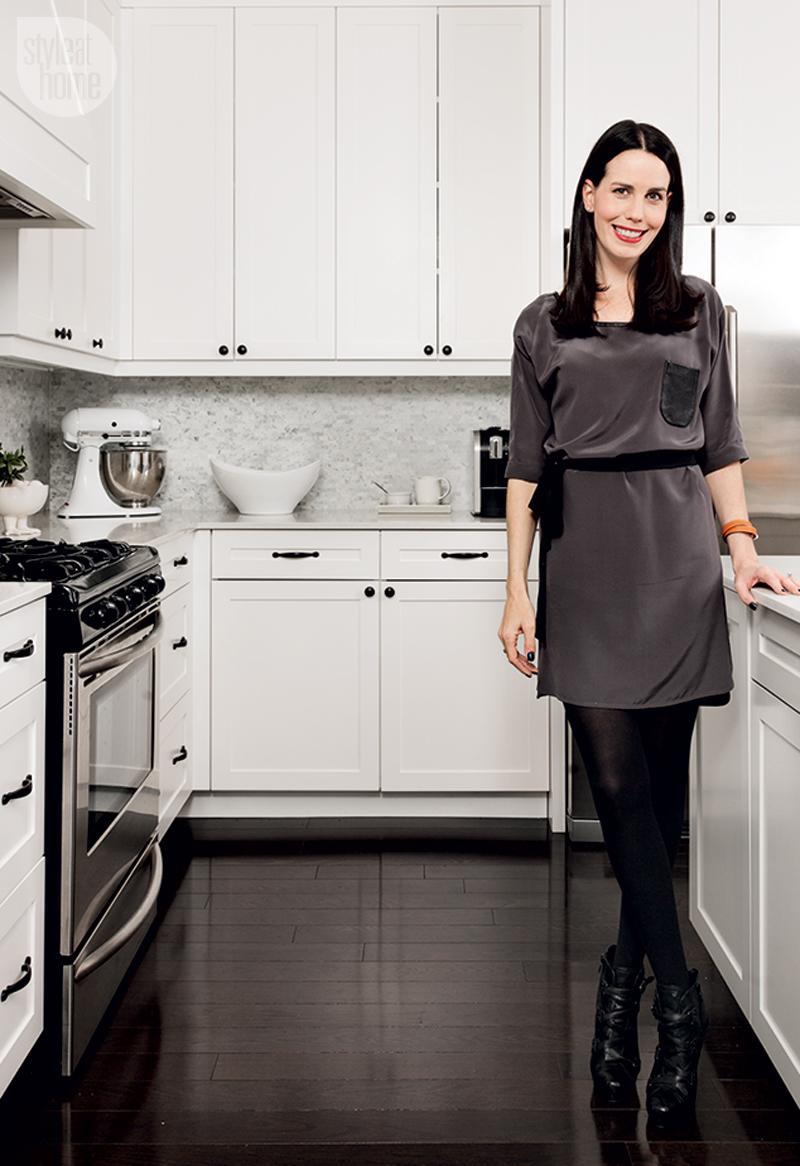 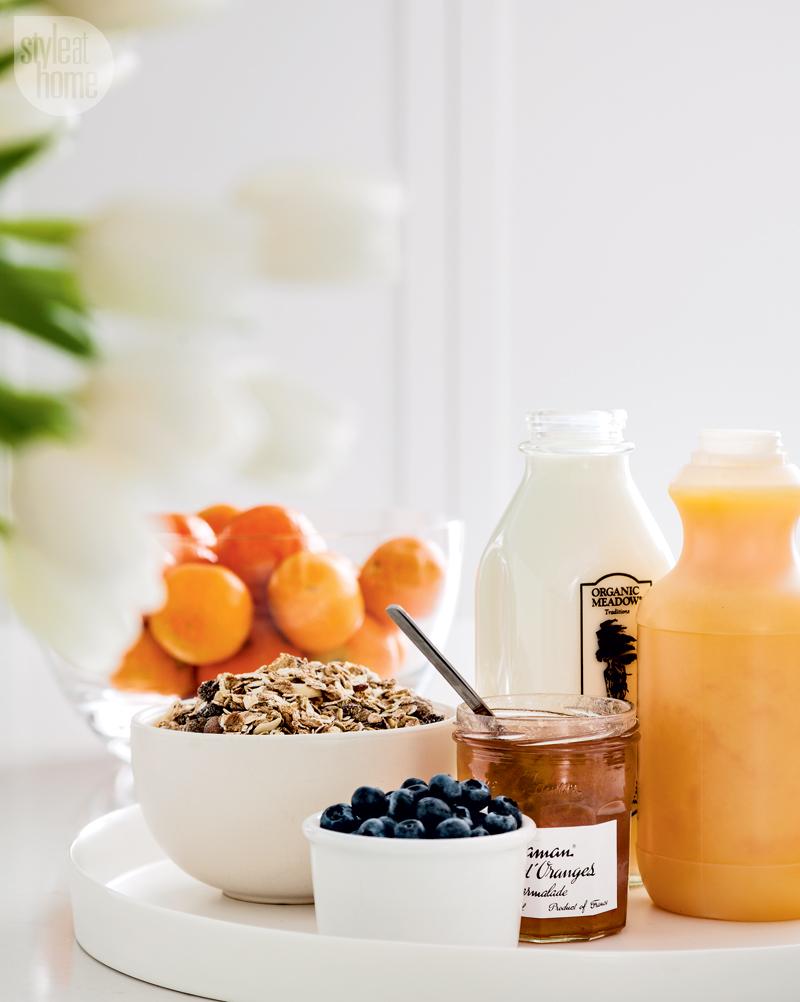 Designer Ali Budd, updated the entire kitchen floorplan in a nine-month overhaul. The plan was to include a dining space, and renovate the surrounding rooms.

After revamping the master suite, homeowners, Laira and Ron, decided to change the small and choppy layout of the kitchen into a larger more open space.

A mix of traditional and contemporary, old and new, and dark and light gives the kitchen a timeless yet fresh look. The island’s pendant lights, which designer Ali Budd found on sale and had to purchase before her clients had a chance to see them, turned out to be homeowner Laira Thomas’s favourite feature.

A built-in bench provides a spot for extra storage and for the couple’s children, Aiden, 10, Logan, 6, and Liv, 2, to hang out while they cook. “Aiden plays the guitar, so he likes to sit there and practice,” says Laira.

Giving their designer carte blanche, the homeowners insisted on only one thing. “We told her we didn’t care about anything except this dining table. So she worked around it,” says Laira. In the dining area, the rustic wood table and sturdy clear plastic chairs are both family friendly and elegant enough for entertaining.

“Laira works from home quite a bit, so giving her a small office in the kitchen was necessary,” says Ali. “She wanted to be able to see the kids, but have a place where she could work.” Dark woven baskets, a wide drawer and a filing cabinet (camouflaged as three small drawers) store office supplies.

Built-in china cabinets (only one shown) store special pieces, and offer extra serving space. Glass knobs that differ from those in the kitchen were used here for a decorative touch.

The kitchen now suits the family's main need of being together in one common space.