This kitchen story has all the makings of a best-selling classic novel: it’s got suspense, it’s got heart, it’s got dreams…and it’s got Paris. When Cybèle Young left her Toronto home last May to spend the next four months in France, she didn’t expect that a brand-new kitchen would also be in the works. An internationally renowned artist known for her enchanting and clever miniature Japanese-paper sculptures, Cybèle was just settling in at Paris’s La Cité Internationale des Arts as a recipient of a Canada Council for the Arts grant when she received a call from Style at Home editor-in-chief Erin McLaughlin. 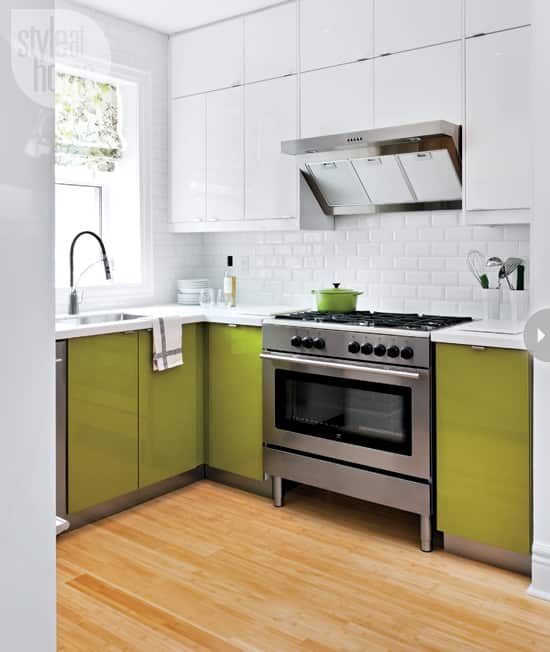 A sleek look
Taking out the wall that “housed” the fridge freed up space to install a commercial-look range. The bevelled subway-tile backsplash, and the window’s Roman shade – “It has a feminine, painterly quality,” says Style at Home design editor Ann Marie Favot – provide texture and pattern, which offset the kitchen cabinetry’s sleek look. 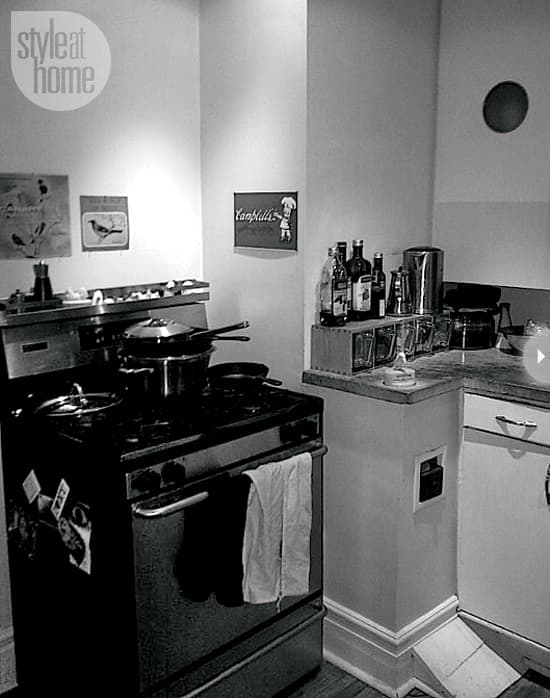 Before
Click on the image to see how this part of the kitchen was renovated. 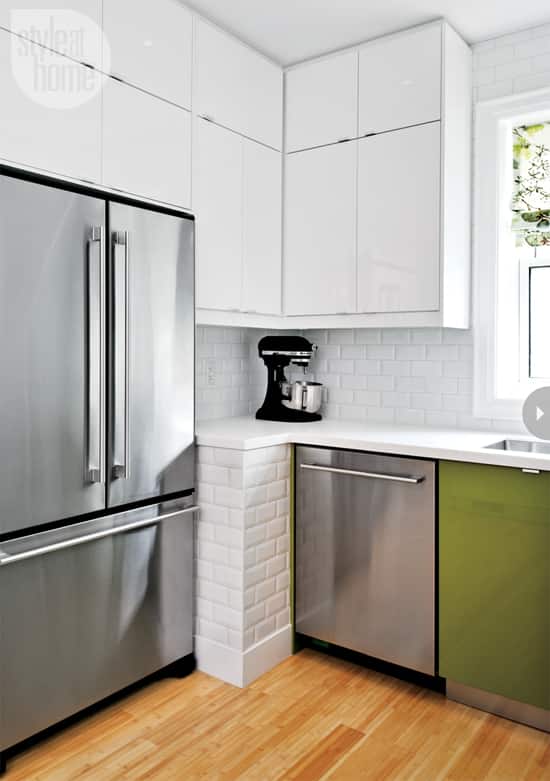 A seamless look
A large bulkhead, which accommodates the staircase going into the basement, was made smaller and covered in the same subway tiles as the backsplash to make it seamless within the space. 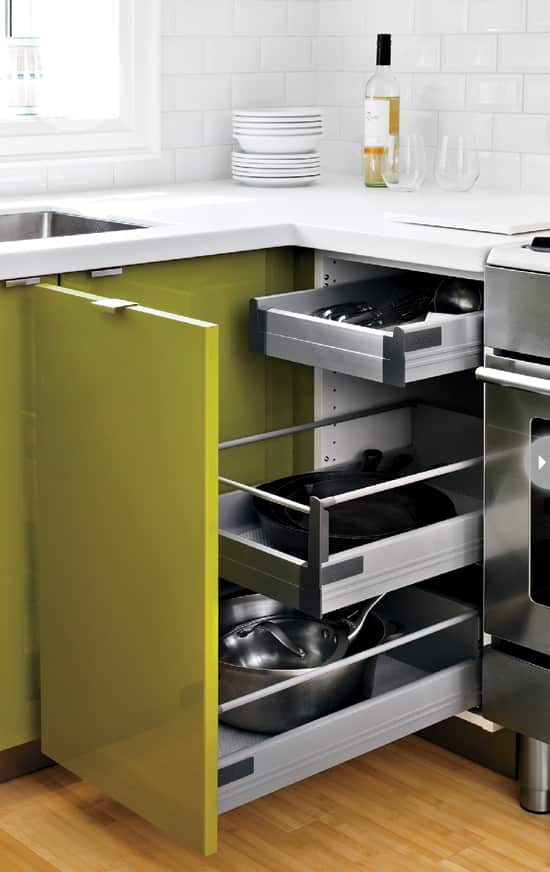 Colourful kitchen cabinets
“The chartreuse accent doors are brand new to IKEA and have never been seen before in Canada,” says Style at Home editor-in-chief Erin McLaughlin. 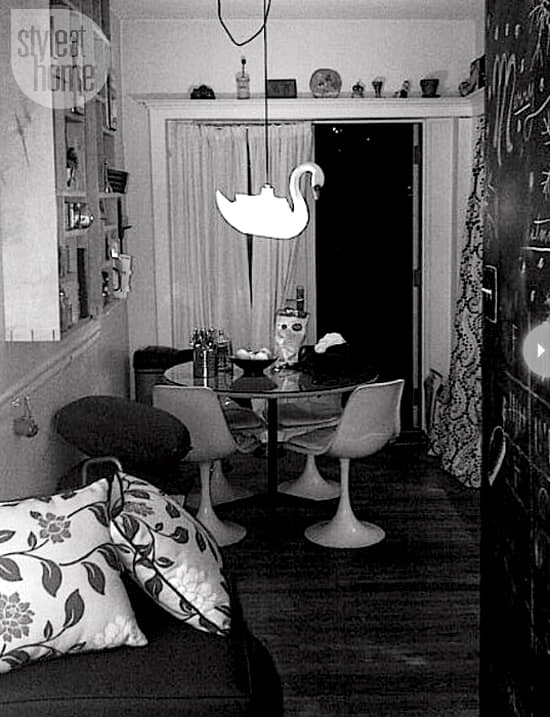 Before: Eating nook
Click on the image to see how this part of the kitchen was renovated. 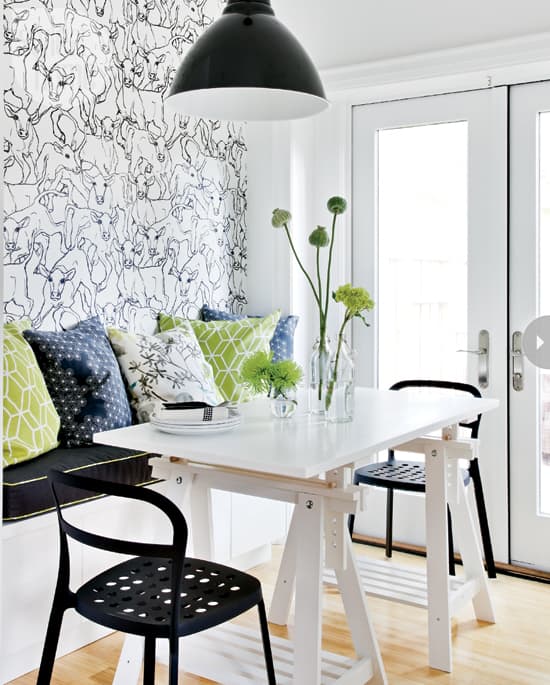 After: Eating nook
A custom table in the eating nook is made from a pair of table bases and a piece of Staron countertop, which was used throughout the kitchen. 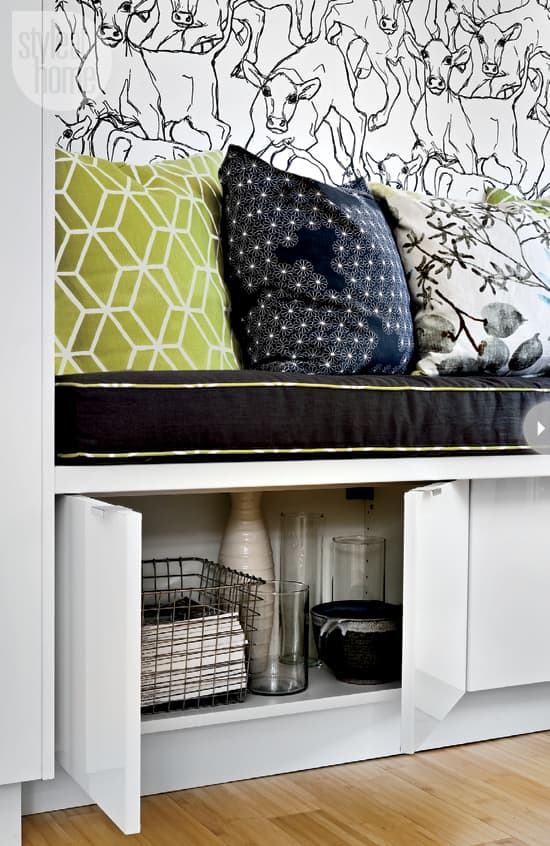 Pattern and flair
Custom toss cushions add pattern and flair to the sleek kitchen, while a cozy banquette is the perfect spot for casual family meals. 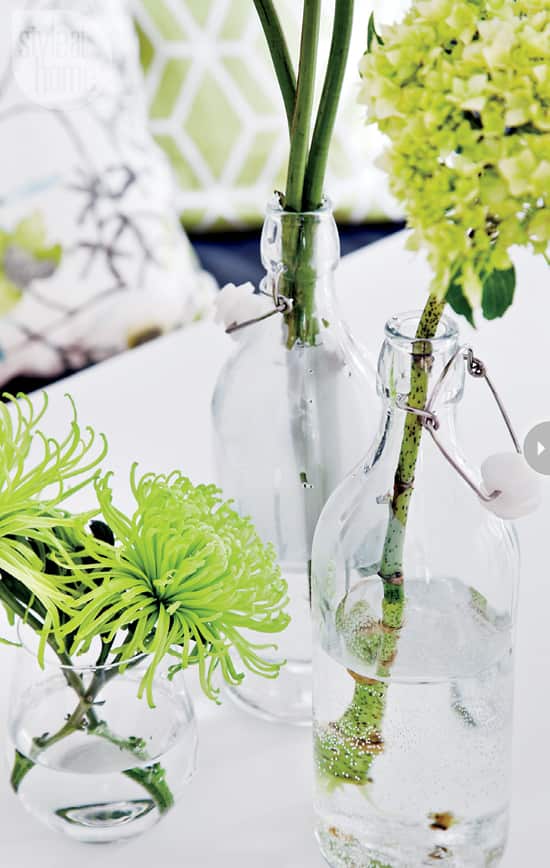 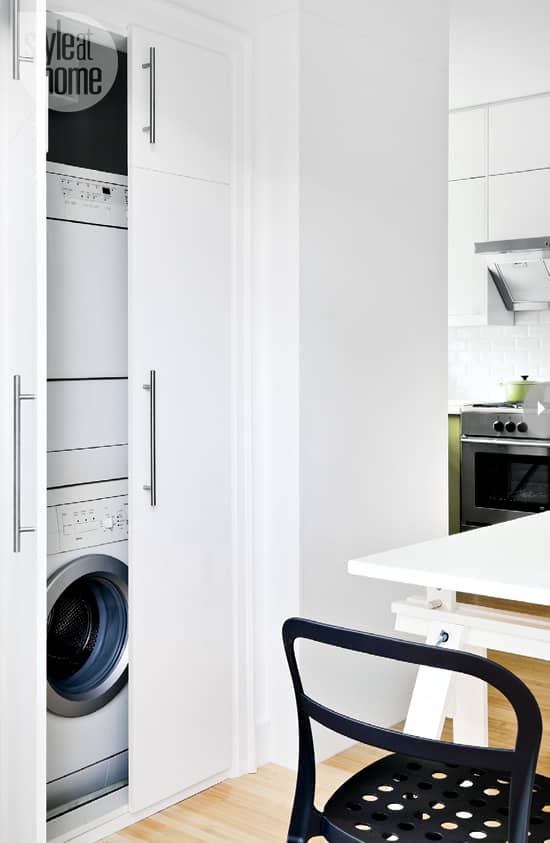 Built-in washer and dryer
Previously hidden behind a curtain, the closet that stores the stackable washing machine and dryer was outfitted with sleek panel doors. Now it looks built-in. 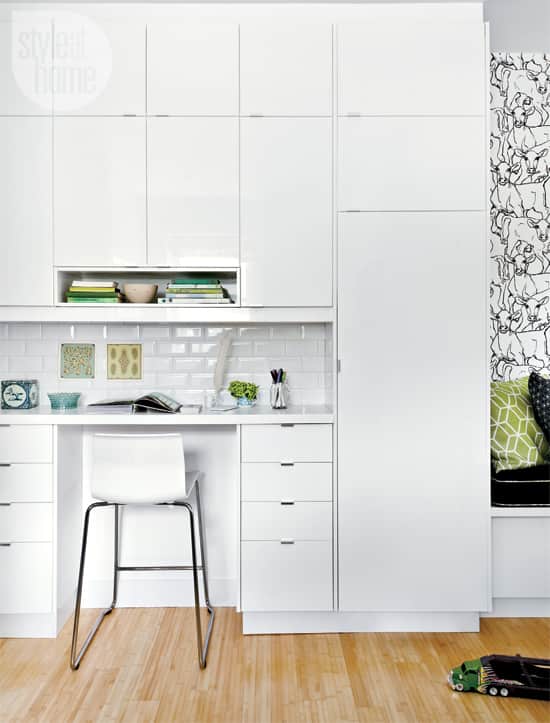 Desk nook
Inspired by the desk nook in contributing design editor Christine Hanlon’s kitchen, Erin created this work area. “Cybèle can be cooking while her daughter does homework at the desk and her son does artwork at the table,” says Erin.