One resourceful designer creates a cozy space for her family.

A resourceful designer with a knack for all things DIY creates a cozy and contemporary space for her family of four.

For the design inclined, recognizing beautiful pieces is easy enough, but the real decorating challenge comes from knowing how to fit all the elements together in a harmonious way. Designer Sarah Walker has this down to a science. Last year, the reno expert transformed her Oakville, Ont., home’s uninspiring family room into a sophisticated space boasting symmetry and style. “I wanted a modern yet classic room that balances the masculine and feminine qualities of our family,” she says, referring to her husband, Graham, and two boys (Noah, 13, and Tate, 2). Having already installed the hardwood flooring and built-in wall unit with her husband five years prior, Sarah’s next order of business was the furniture layout. “I always pictured this space having a pair of sofas facing each other,” says the designer. “I love the conversational quality the set-up brings to a room.”

So she traded in her existing brown sectional for two handsome black velvet sofas and added a geometric-print rug to further delineate the sitting area. This design choice drew her toward a timeless marble herringbone tile treatment for the fireplace, which echoes the graphic quality of the rug but on a smaller scale (with budget top of mind, Sarah and Graham even installed the tile themselves). Other subtle additions to the fireplace like the contrasting white mantel and the curved screen enhance the unit’s bold and beautiful aesthetic. Next up was deciding what to make of an empty alcove set in the wall opposite the fireplace. In an act of creative daring, the deft DIYer transformed the space into a stylish office nook. Sarah began by making an elegant-meets-edgy pin board out of embossed reptile-patterned velvet fabric and then punctuated the look with antiqued brass nails before adding a floating desk and shelf. “The pin board blends in well with the room’s ikat wallpaper but still makes a visual statement that anchors the work area,” she says. After mastering the layout, the designer reinforced the room’s romantic and rustic feel with tasteful details like luxurious sheepskin pieces and natural wooden elements, ensuring each family member feels equally at home. “We spend just as much time here as we did before,” says Sarah, “but now we enjoy it 10 times as much.” That’s all the evidence we need that this master curator has done it again. 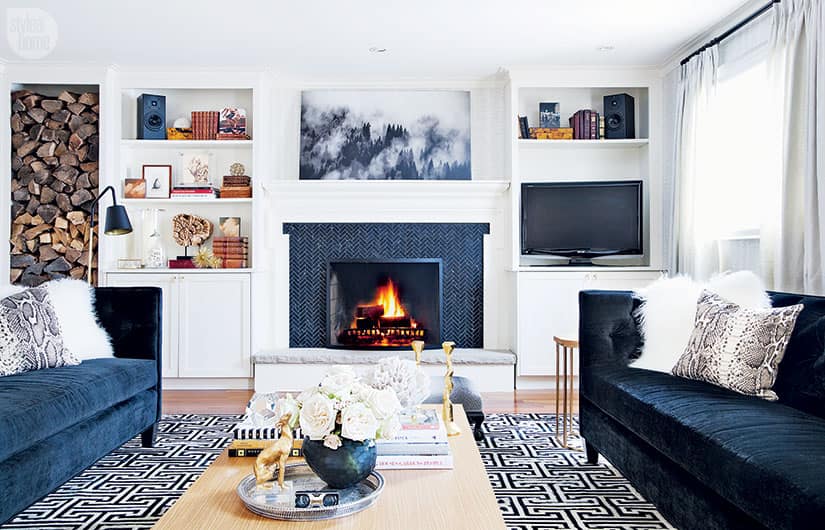 Since this family of four has a penchant for the outdoors, the designer incorporated nature-inspired finds, such as the large print depicting a foggy forest hanging above the fireplace. “The image reminds me of being in the woods and escaping the everyday,” says Sarah. She had the piece stretched onto canvas and then resined to deliver more of an ethereal effect. 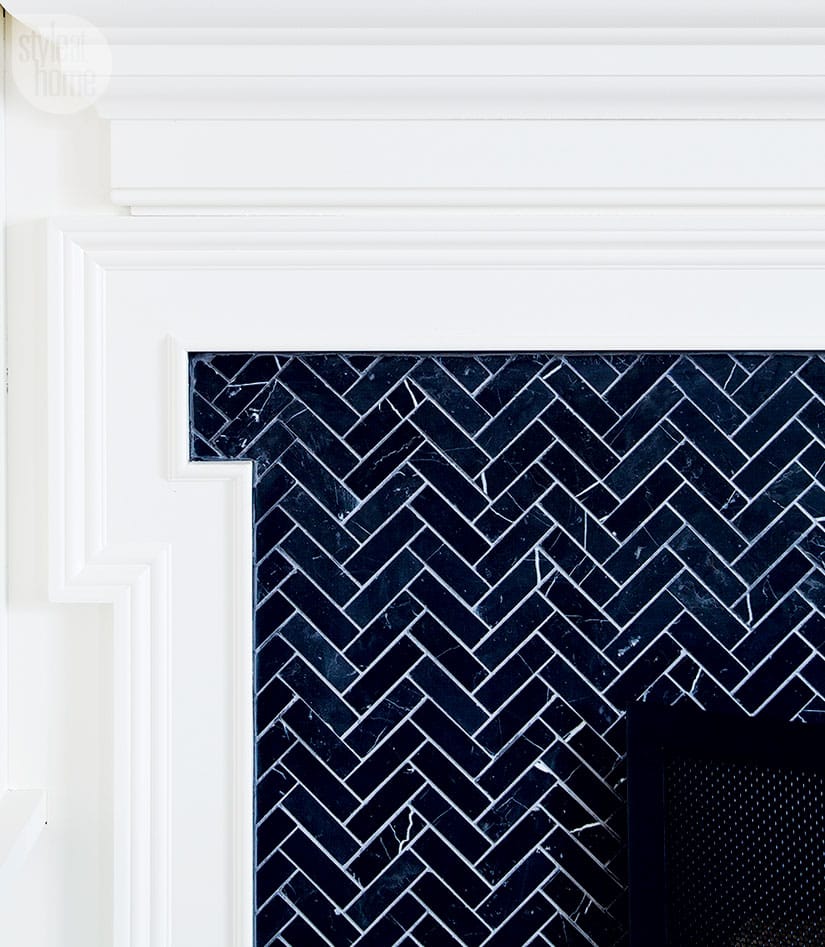 Sarah and her husband upgraded their fireplace with a striking custom herringbone tile treatment. 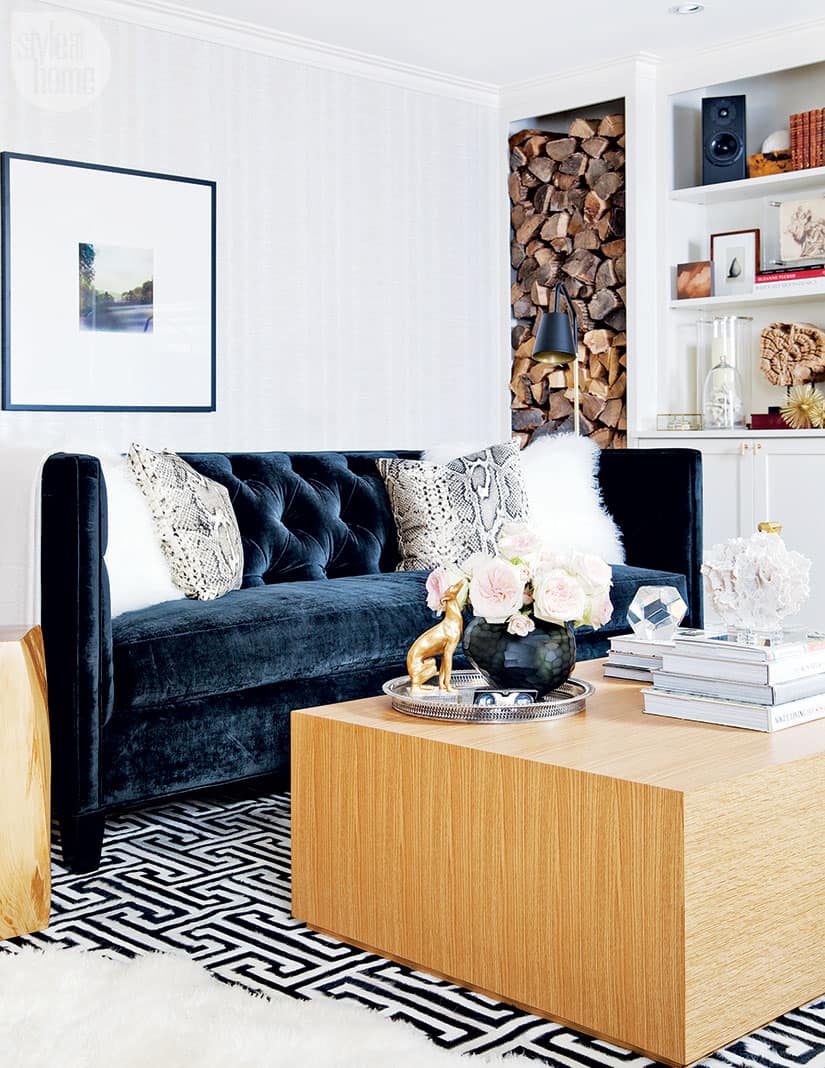 The custom white oak coffee table lends an organic vibe to the family room and calls attention to the tall stack of logs tucked into the wall unit. “With a wood-burning fireplace, you want the logs to be close by so you’re not dragging bark everywhere,” says designer and homeowner Sarah Walker. “The display also has visual impact and adds warmth.” 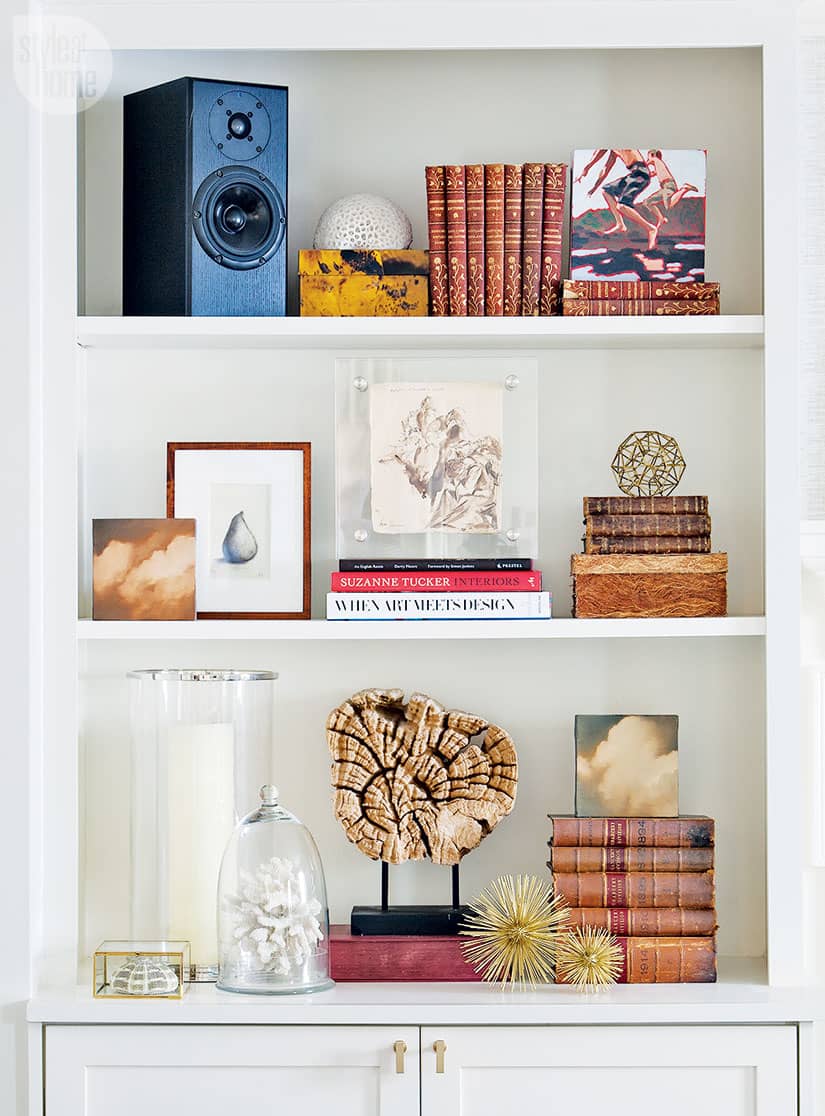 For Sarah, a beautifully styled bookshelf relies on meaning just as much as placement and scale. “It’s important to tell your story through your space,” she says, referring to objects she added that were collected over time, from a sea urchin found in a quirky San Francisco shop to a sepia sketch purchased on the streets of Paris during her first trip there with her husband. 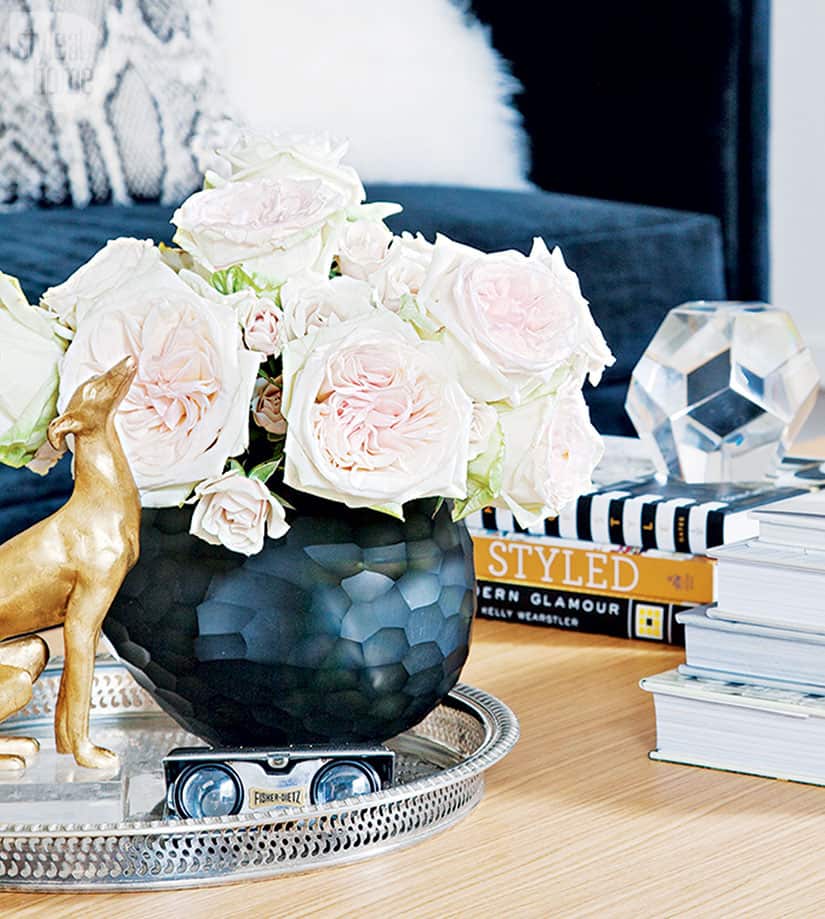 Playing with contrasting shapes, Sarah created a chic coffee table vignette using curved accents, including a vintage silver tray and a faceted black vase, to temper the sharp edges of the surface. “Bringing in round, soft elements is really important when you’re working with a room that has a lot of hard geometry,” says the designer. 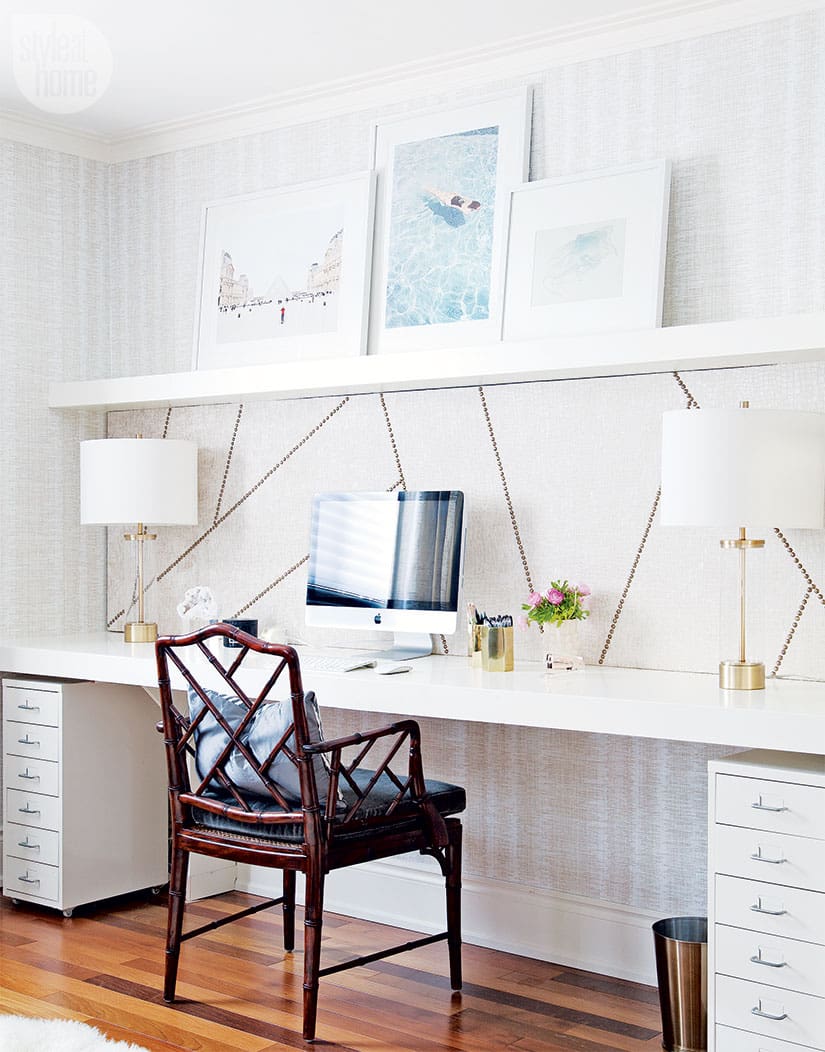 Fashioning an inspiring and orderly work area came easily to Sarah thanks in part to location. “When a communal workspace is integrated into a kitchen, it winds up becoming a clutter collector,” she says. “But in the family room, it’s a bit more removed from that initial drop of mail and keys.”