A plain beige apartment gets a creative makeover that dodges the rental rules, pops with pattern and flaunts the perfect amount of pretty.

During the day, Tim Lam is a chartered accountant. By night, he transforms into the designer and blogger behind Design Maze. His mission? To save people from dull bedrooms and boring living rooms. But long before Tim began this dual career, homeowner Christine Dang knew all about his talent. “We went to high school together,” she says. “In art class, everyone was always crowding around Tim’s work.” So when Christine moved into her yawningly generic rental unit in Markham, Ont., the first thing she did was call on him.

Christine presented Tim with a real challenge: a 650-square-foot studio with zero character. And since it was a rental, the makeover couldn’t include fresh paint, wallpaper or any major renovations. On top of all that, she had a tight decorating budget.

“She wanted a home that would reflect her personality,” says Tim. “To me, that meant pretty, but not too girly.” So Tim selected streamlined furnishings and a chic grey, gold and lavender colour scheme while dodging rental rules and restrictions with real ingenuity. 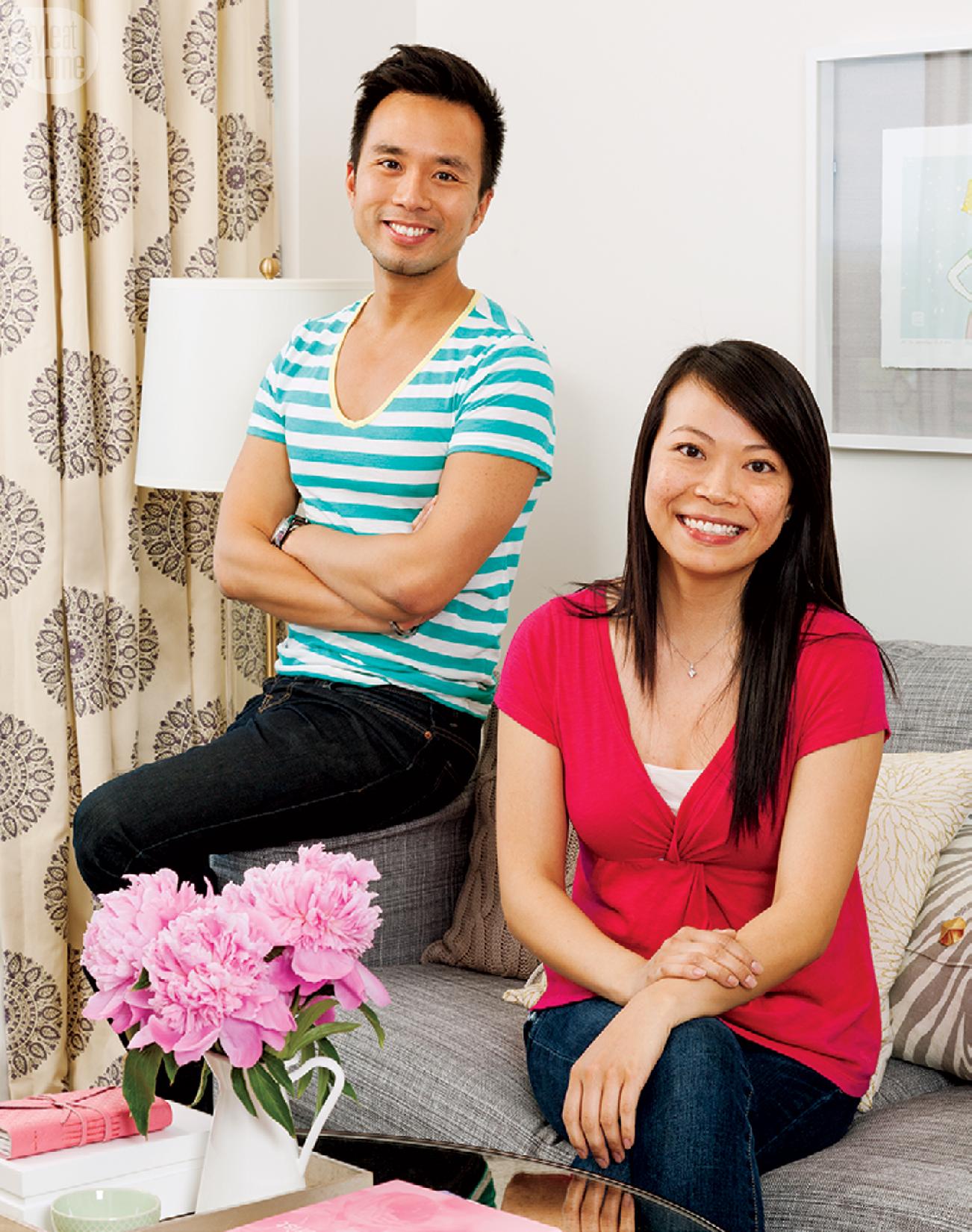 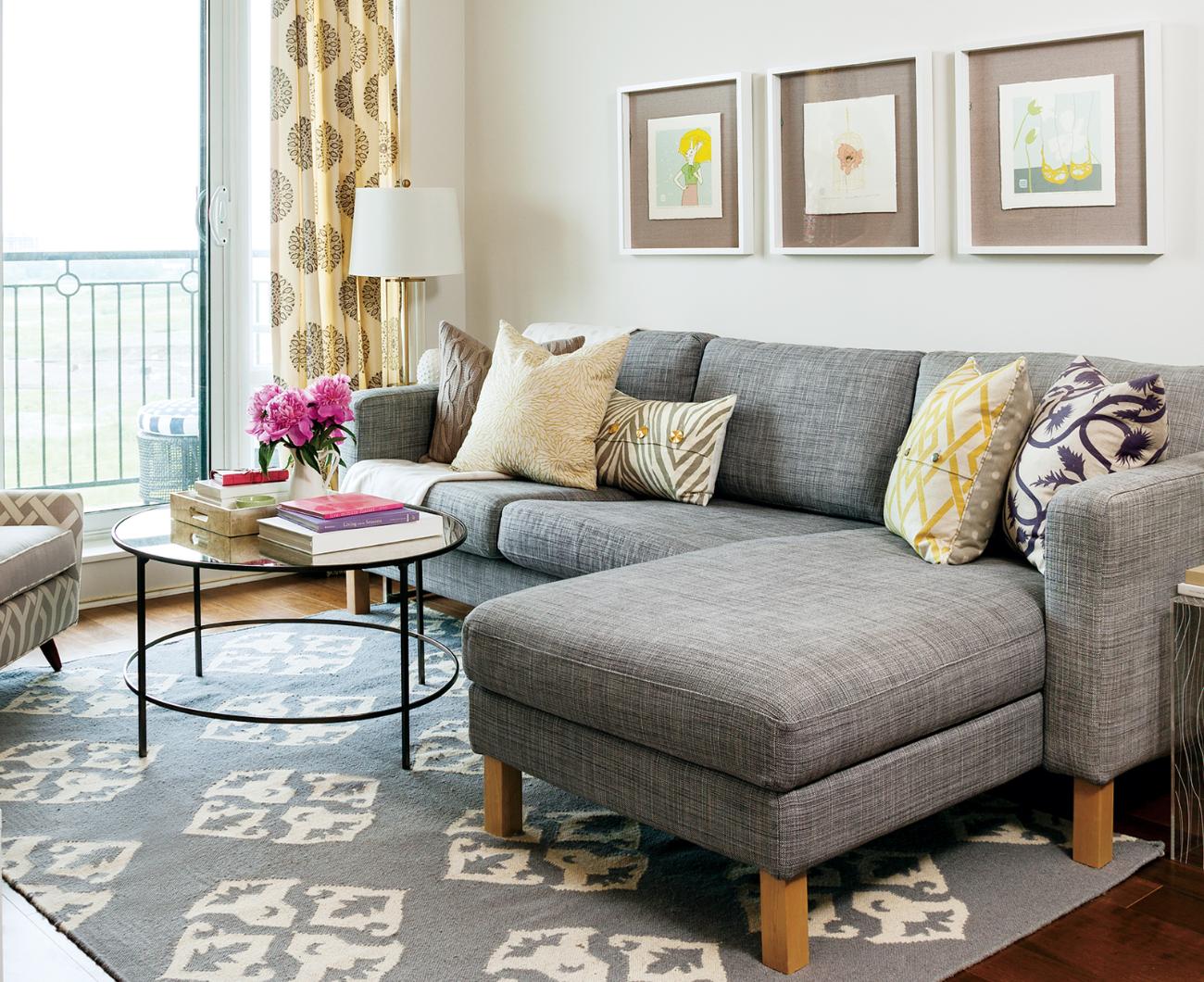 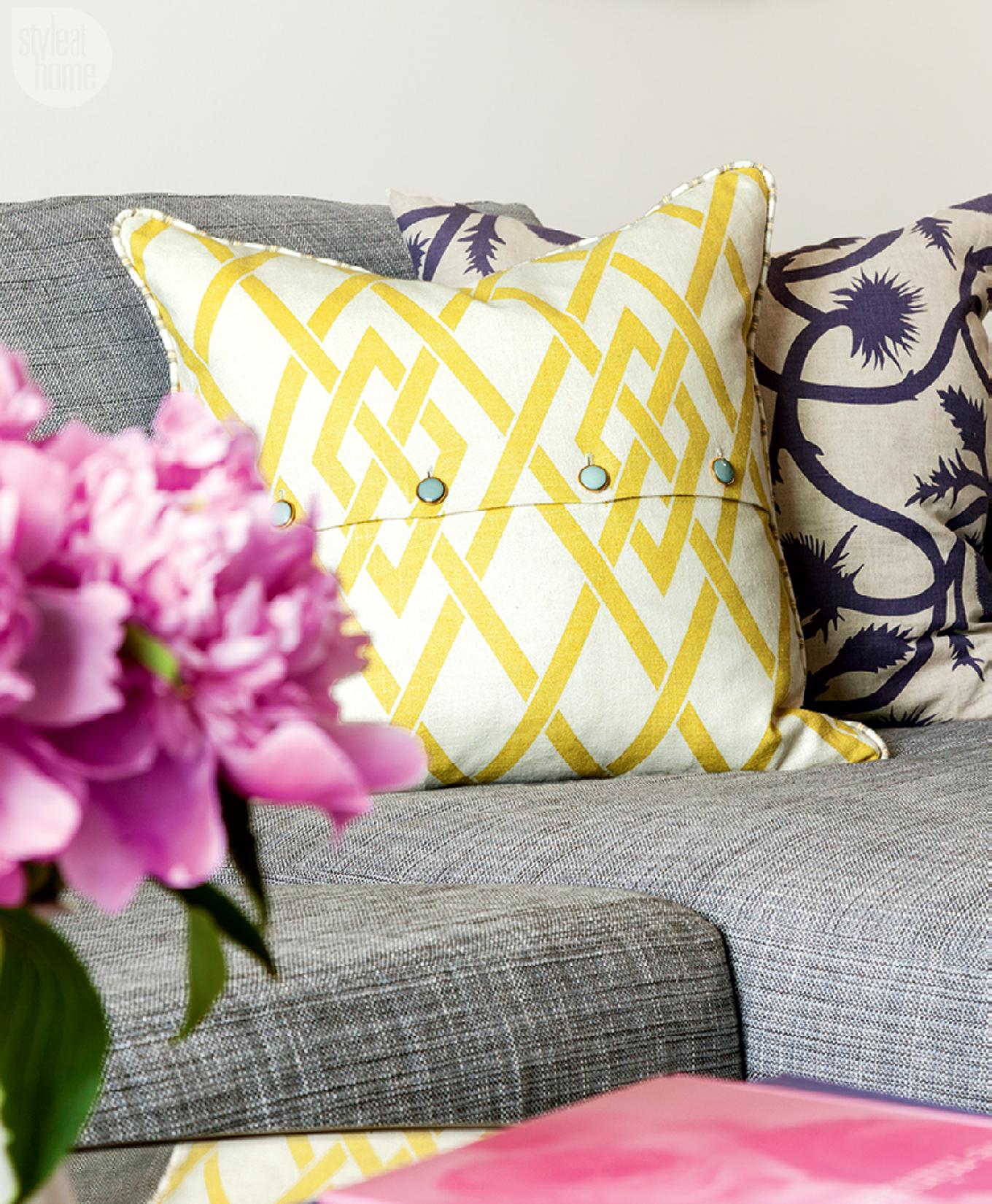 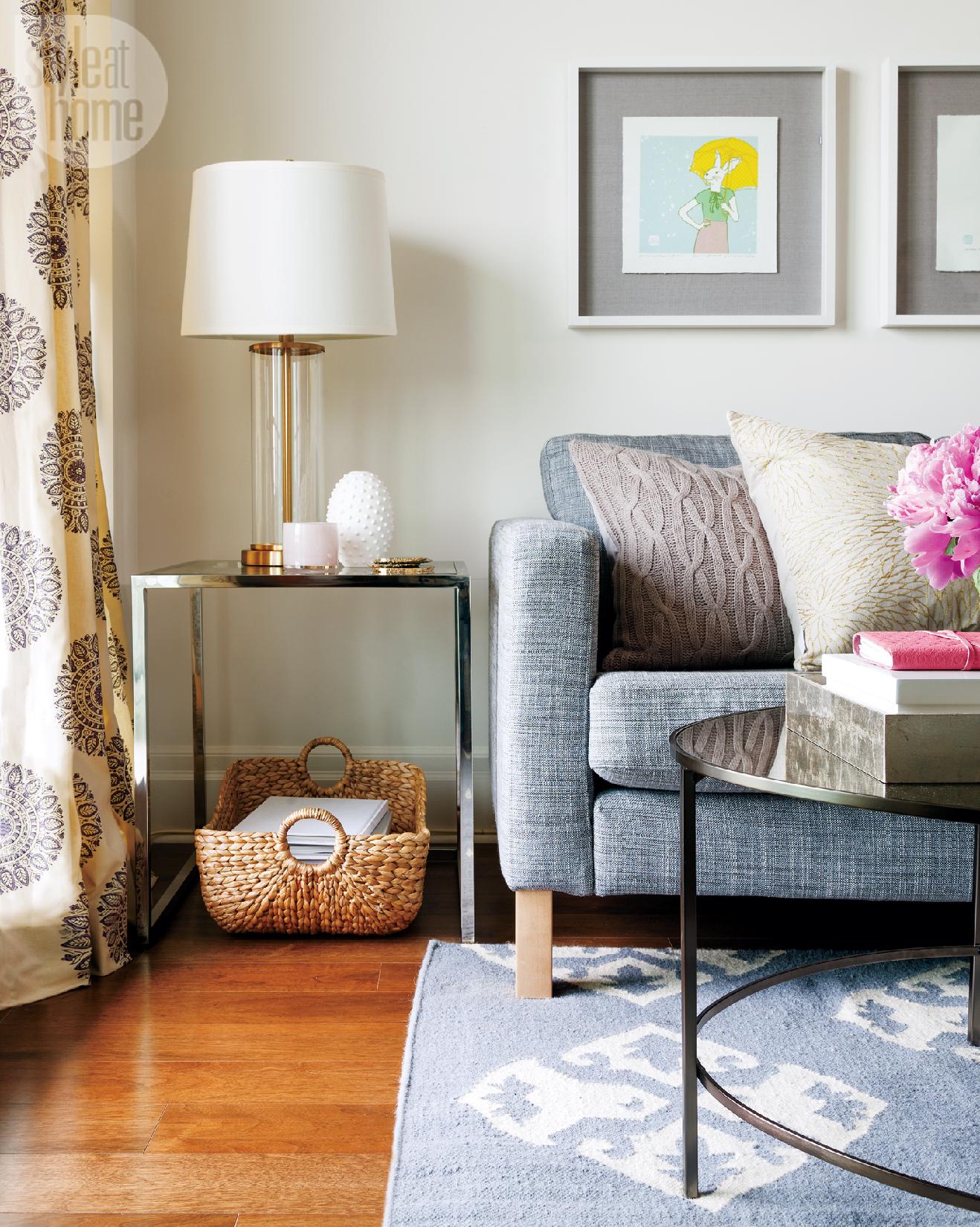 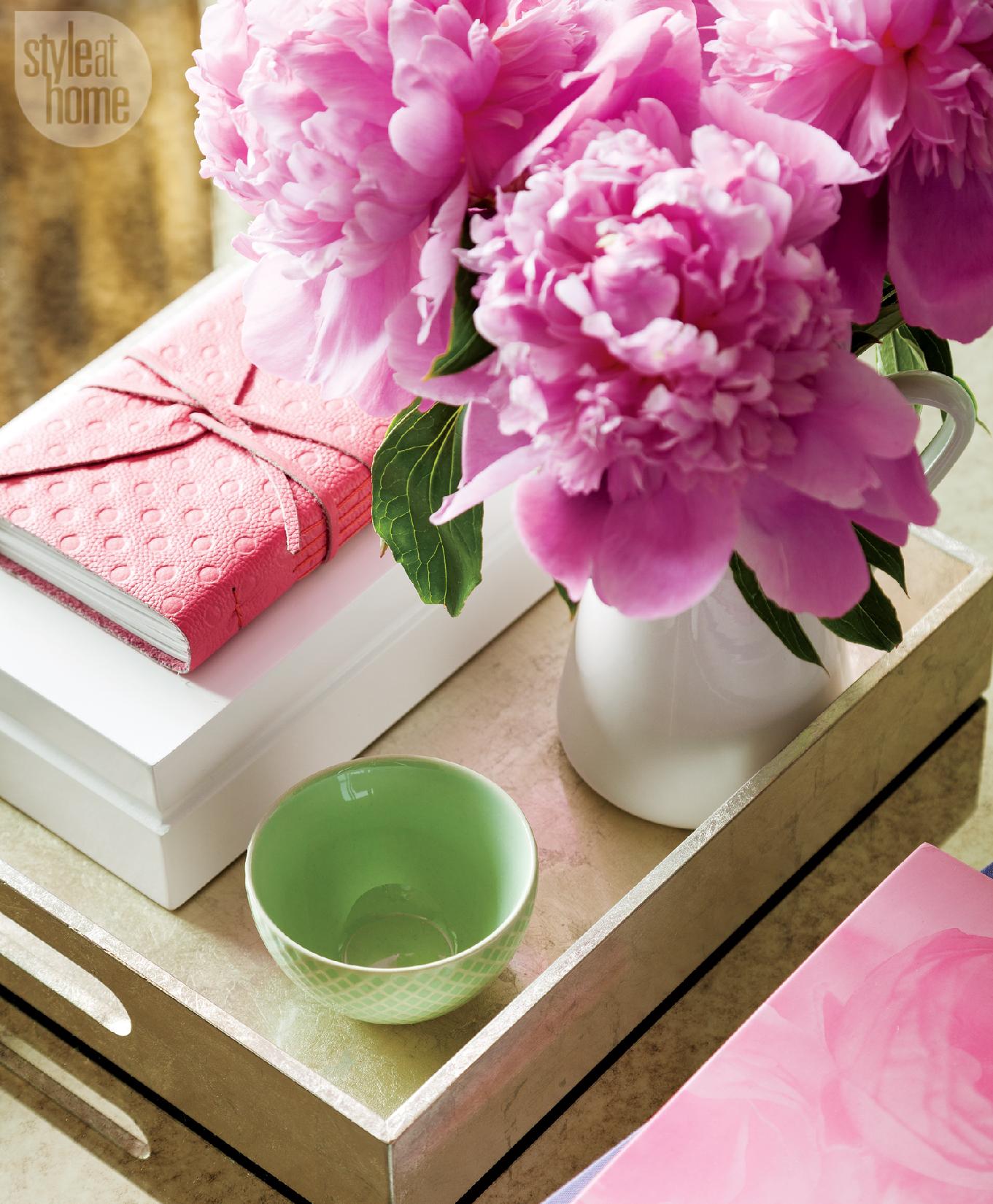 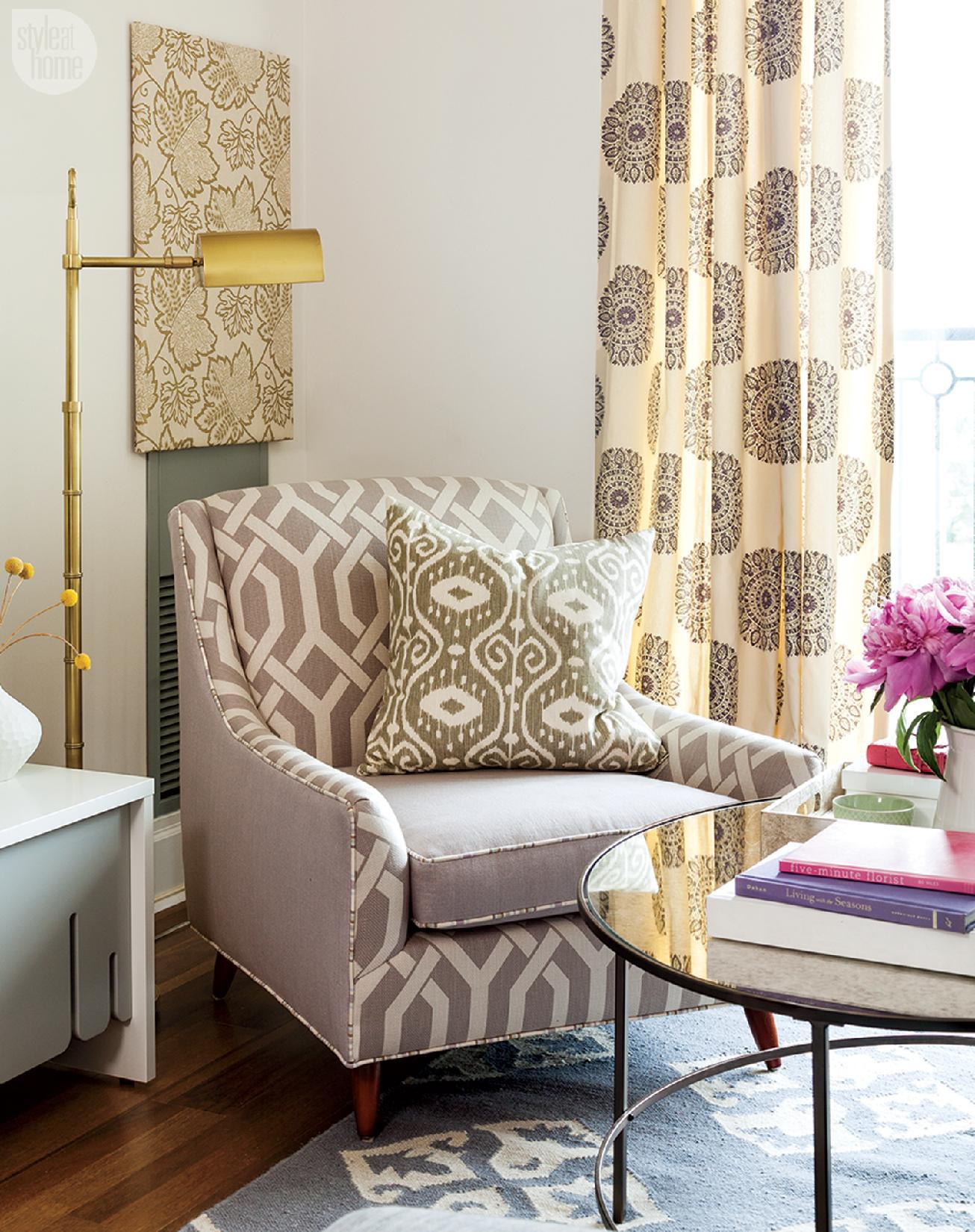 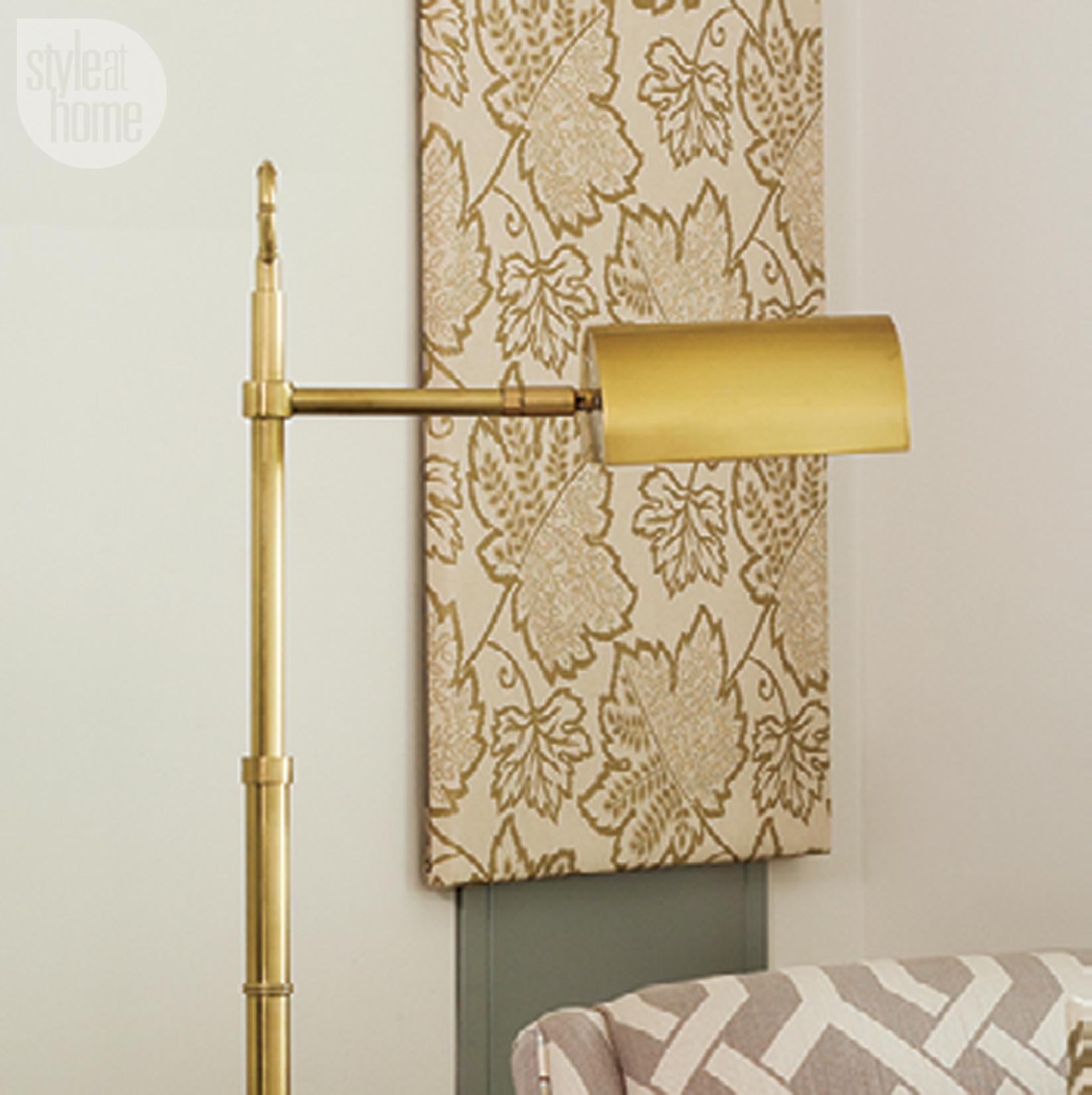 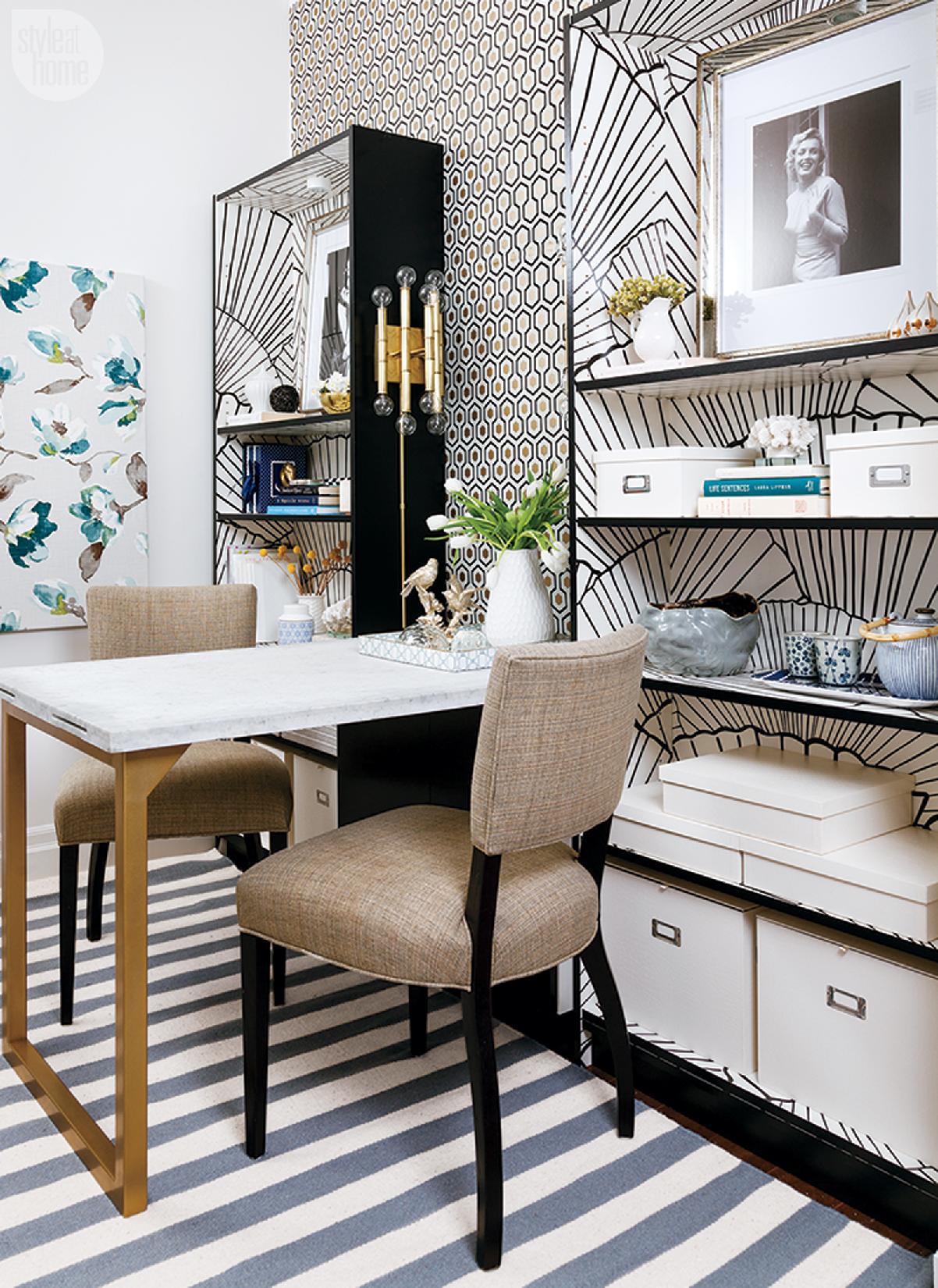 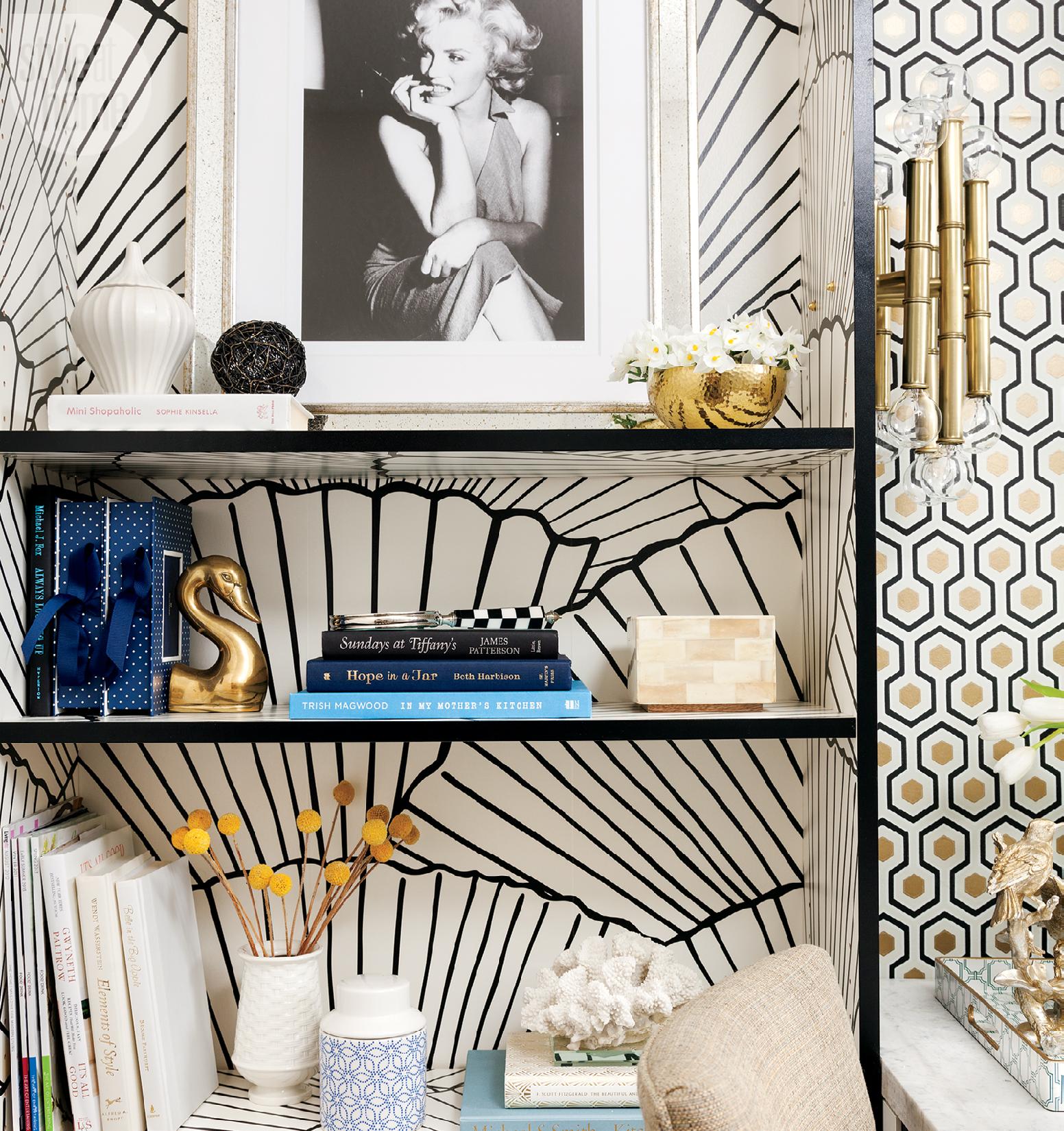 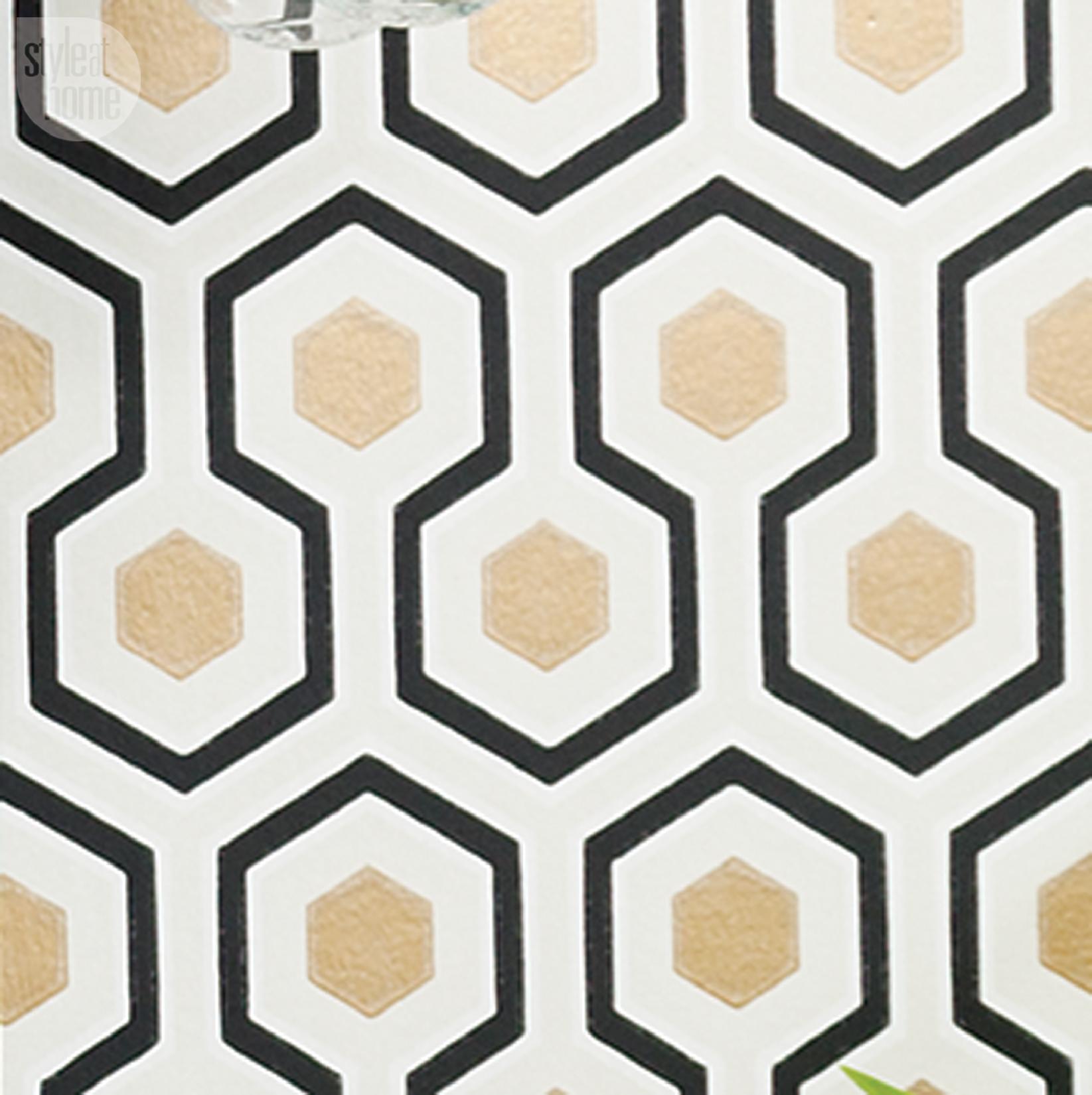 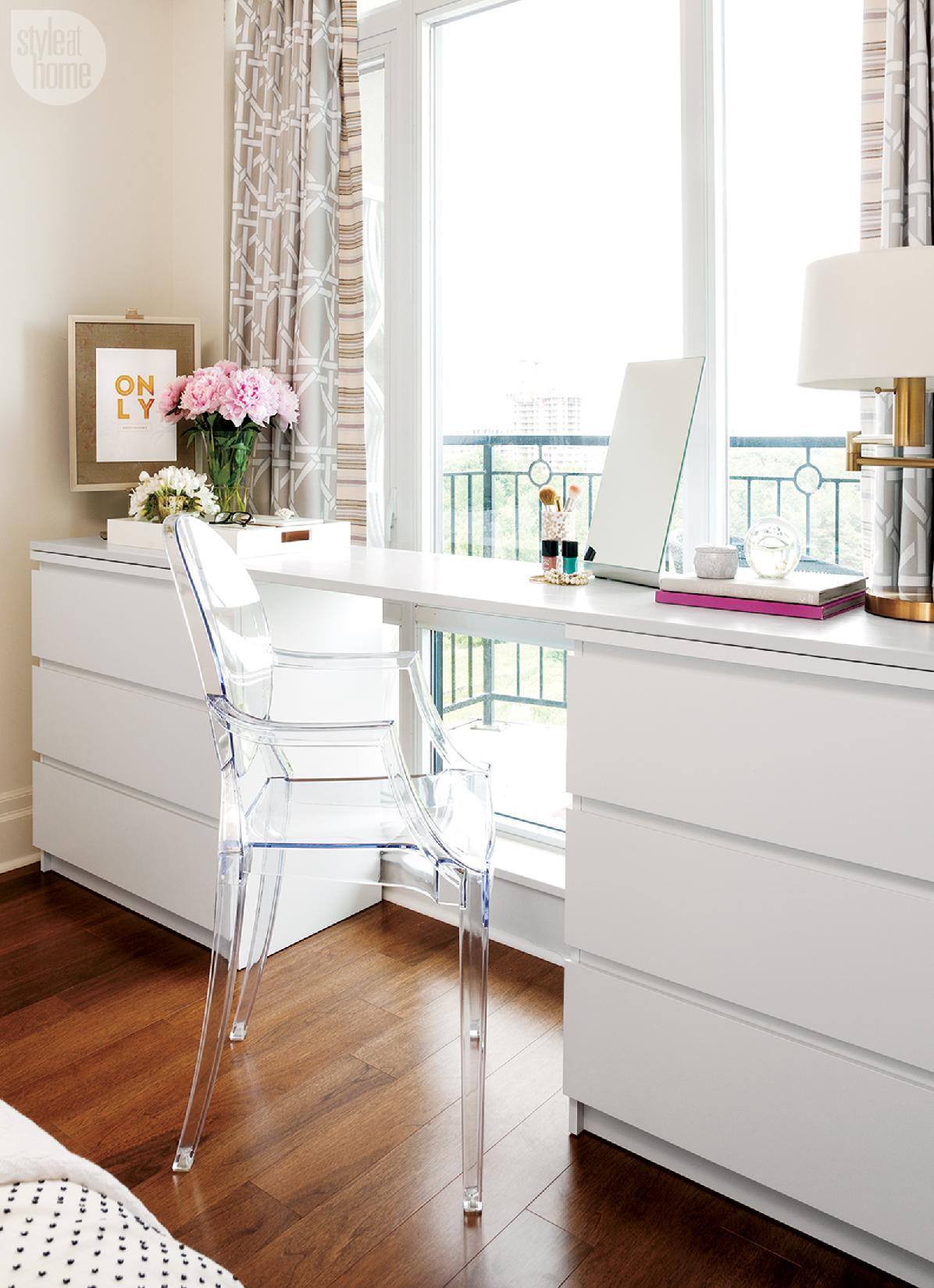 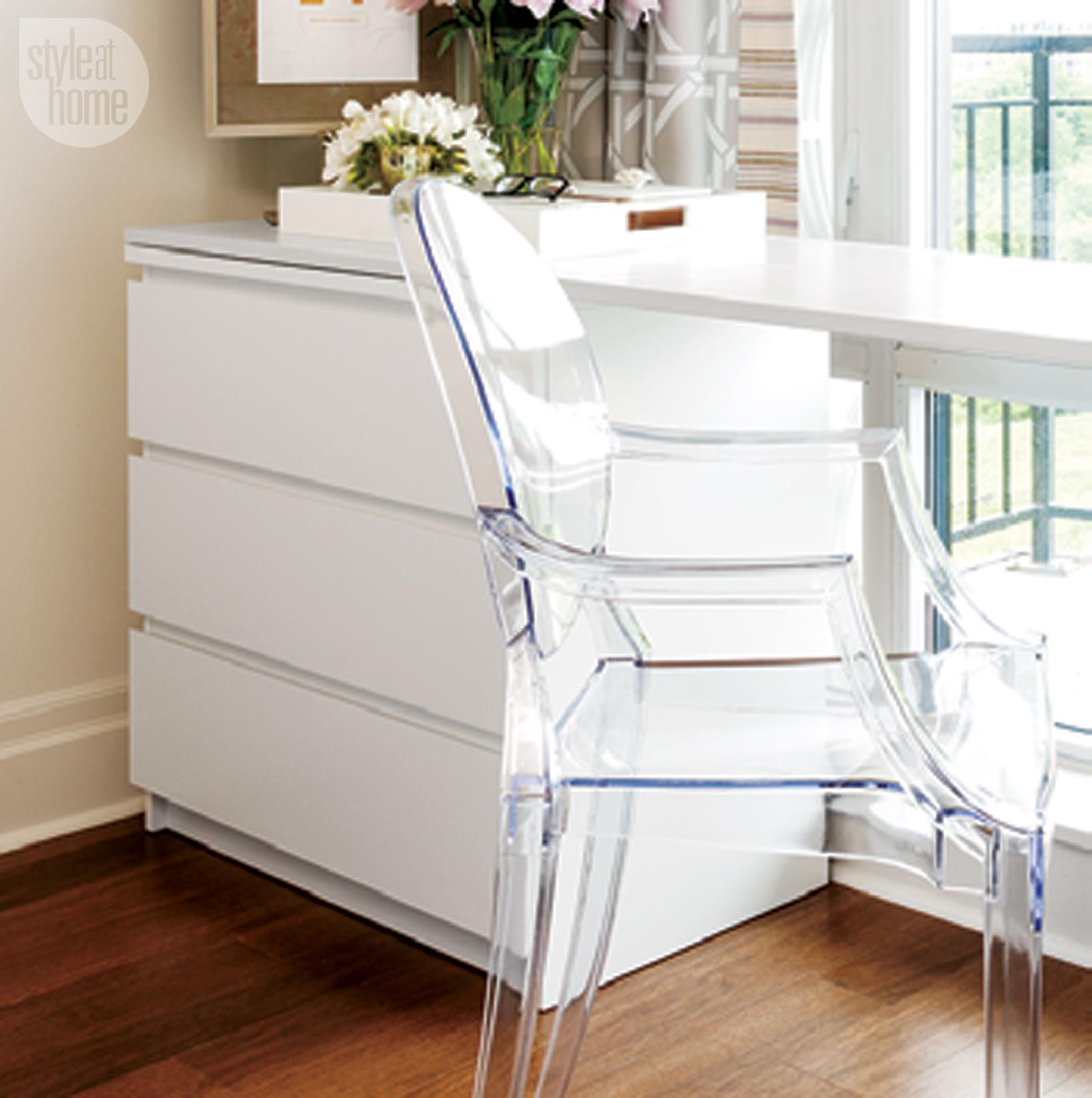 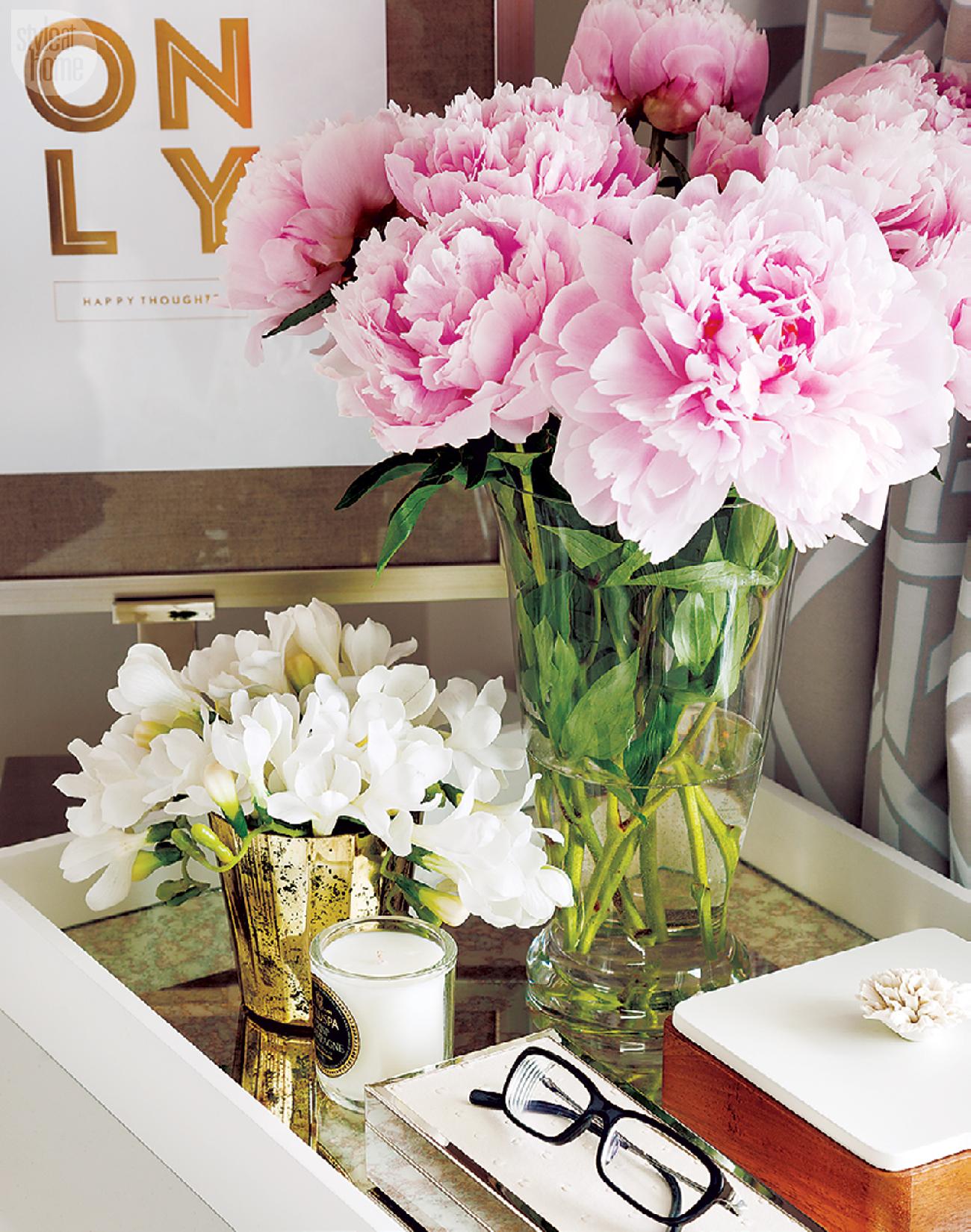 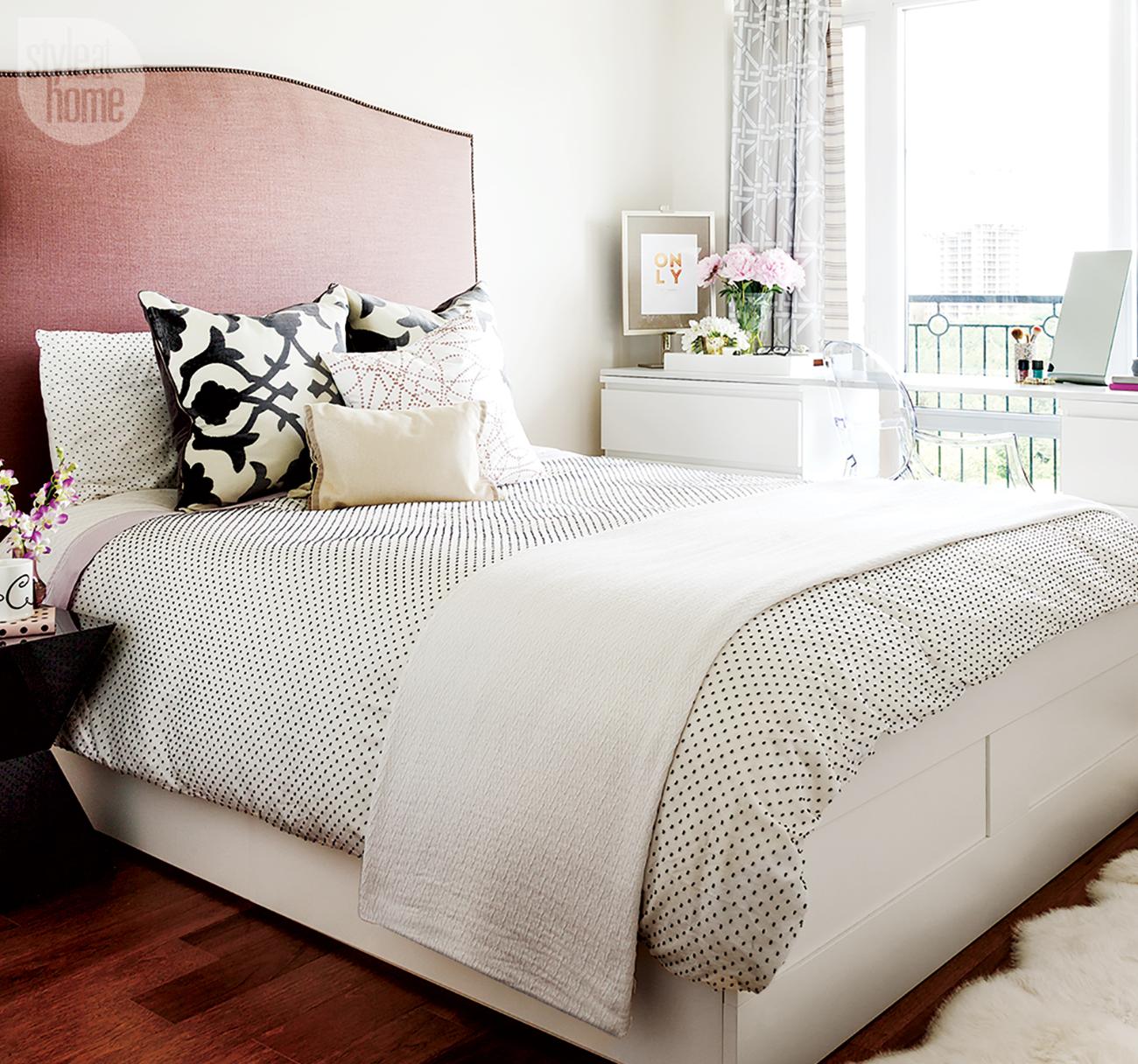 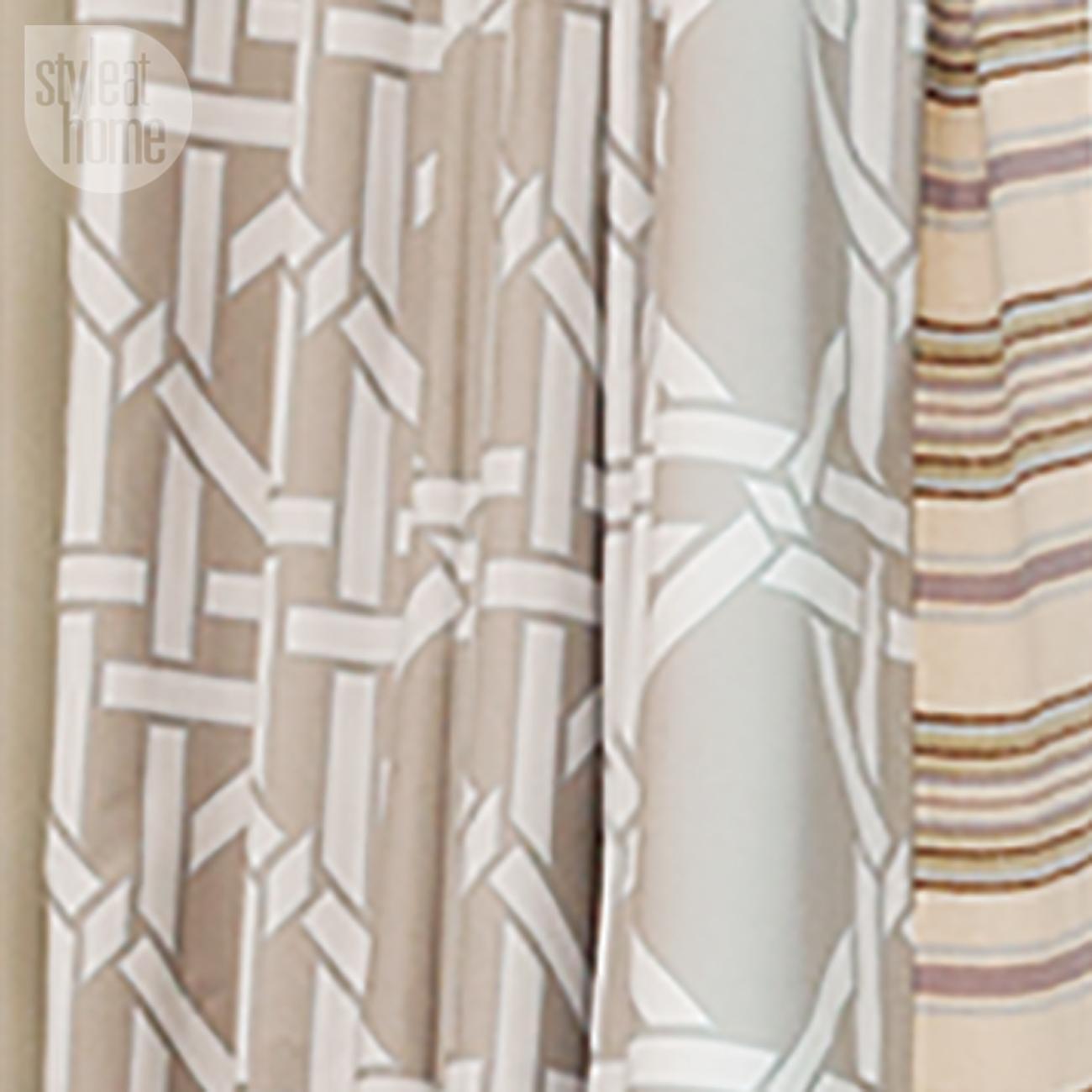 Tim and homeowner Christine Dang met in Grade 9. “I had a hunch that he was a creative genius,” says Christine. “He’s always been so passionate.”

Gold and grey combine beautifully in the airy living room.

Designer Tim Lam purposefully chose bigger decor pieces in solid colours so he could play with pattern in the accessories.

Streamlined furnishings, such as the sleek sectional and round coffee table, don’t crowd the small living room. The rug was selected for its lavender colour, and the artwork decor was matted in grey to bring depth to the walls.

"She wanted a home that would reflect her personality," says Tim. "To me, that meant pretty, but not too girly." So Tim selected a chic grey, gold and lavender colour scheme while dodging rental rules and restrictions with real ingenuity.

The reupholstered armchair in a corner of the living room is Christine’s favourite piece. Tim rescued it from a junk pile and revived it. “Even though it had to be reupholstered, it was still cheaper than buying a brand new chair,” he says. Tim cleverly disguised the mechanical panel behind the armchair with DIY artwork.

“I was hesitant about placing the table at this angle,” says Christine of the den’s arrangement. “Now, I love it.” The striped rug makes the room feel wider than it actually is.

The den’s gold and charcoal accent wall is actually several pieces of foam board covered with wallpaper. “It’s easily removed,” says Tim. The pattern on the inside of the bookcases takes the daring look even further. “I love mixing prints,” he says.

Foam board was covered in designer wallpaper to create a temporary accent wall.

There is beautiful natural lighting in the master bedroom, so Tim made the most of it by placing Christine’s workspace against the large windows. A clear Ghost-style chair provides seating without dominating the room.

A custom-built workspace made from two dressers and a piece of plywood was designed to fit the space.

It was the desk/vanity that most impressed Christine. “He got two as-is dressers from IKEA, then attached a piece of painted plywood to the top,” she says. “I can do my makeup there in the morning and use it for my laptop at night – it’s perfect.” Christine says it’s her favourite piece in the house: “It reflects my taste, but it also attests to Tim’s creativity.”

To save space in the master bedroom, Tim selected a bed with storage space underneath. He created the desk/vanity using two dressers and a piece of painted plywood.

Customized fabric shower curtains are a stylish and affordable alternative to made-to-order drapes.