For Ruth Beninger, an artist based in Waterloo, Ont., white isn't just a preference -- it's a way of life.

Ruth, an artist, lives what she calls "a lifestyle in white." Her bobbed hair is white, as are her clothes (yes, even after Labour Day), with the exception of the occasional taupe or dove grey trousers. "My paintings are also white on white on white," she says. "It can be quite limiting, but it's also very interesting to work within these constraints."

Her obsession with the hue started when she bought her first white sectional shortly after she got married, 40 years ago. "Ever since, I've had different white sofas, but always dreamt of taking it further and living in an all-white environment," she says. "They're more calming, with less visual noise." So she connected with Waterloo-based designer David Boyes, who helped her realize this dream palette.

"Creating an all-white space was new to me," says the designer. "The challenge was making sure it didn't look like an icebox." To create dimension and depth, David layered in texture and varying shades of white. (For example, the bergère-style chairs in the living room feature a nubby bouclé fabric in greyish white.) 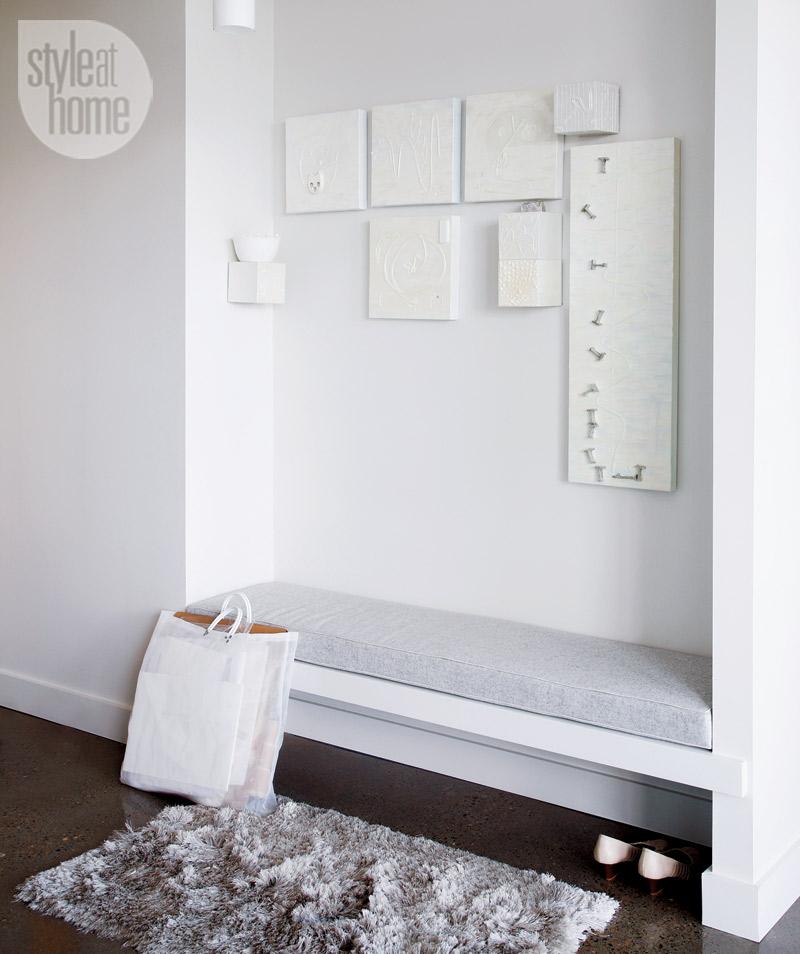 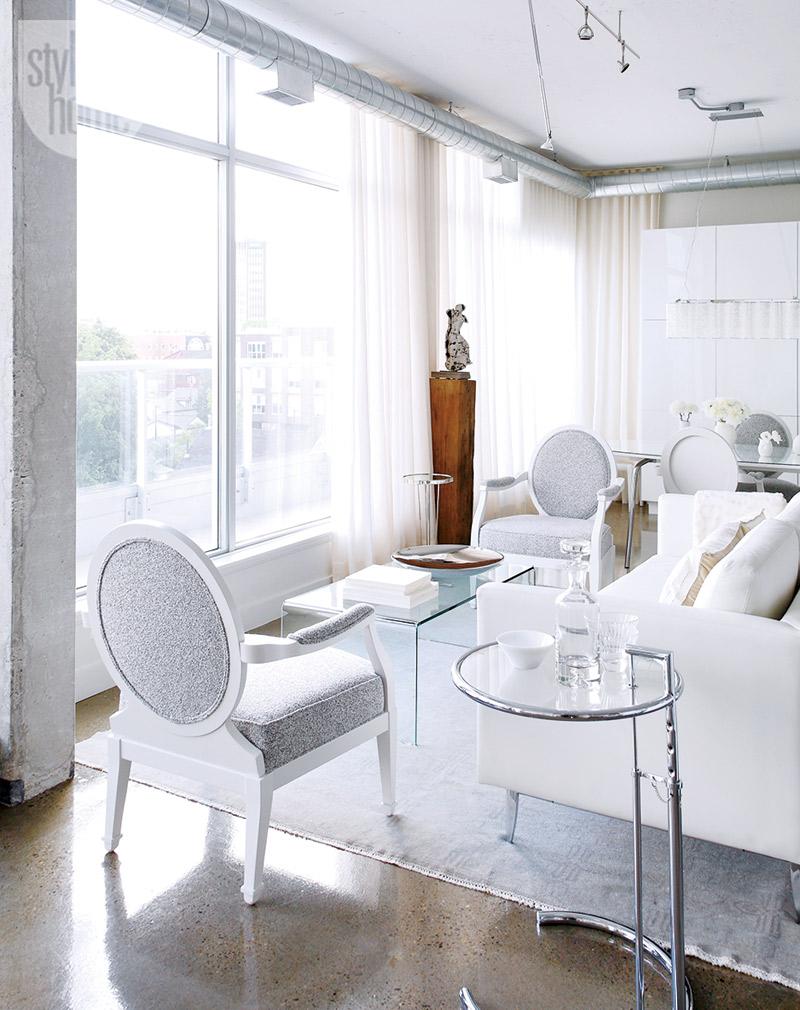 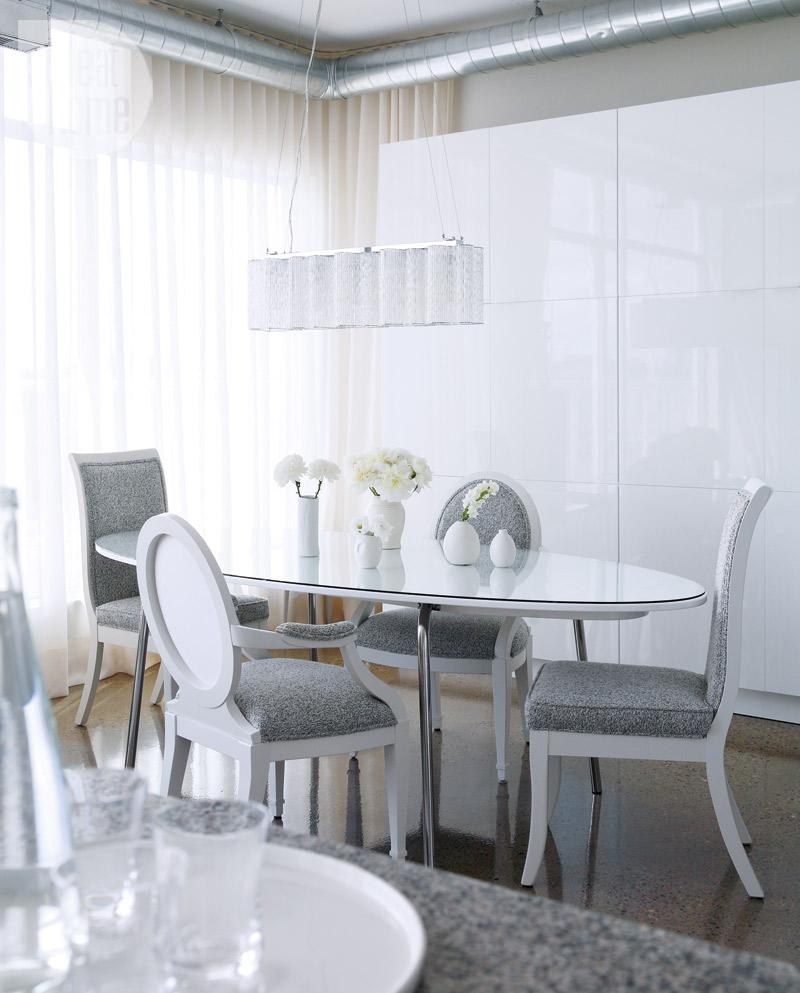 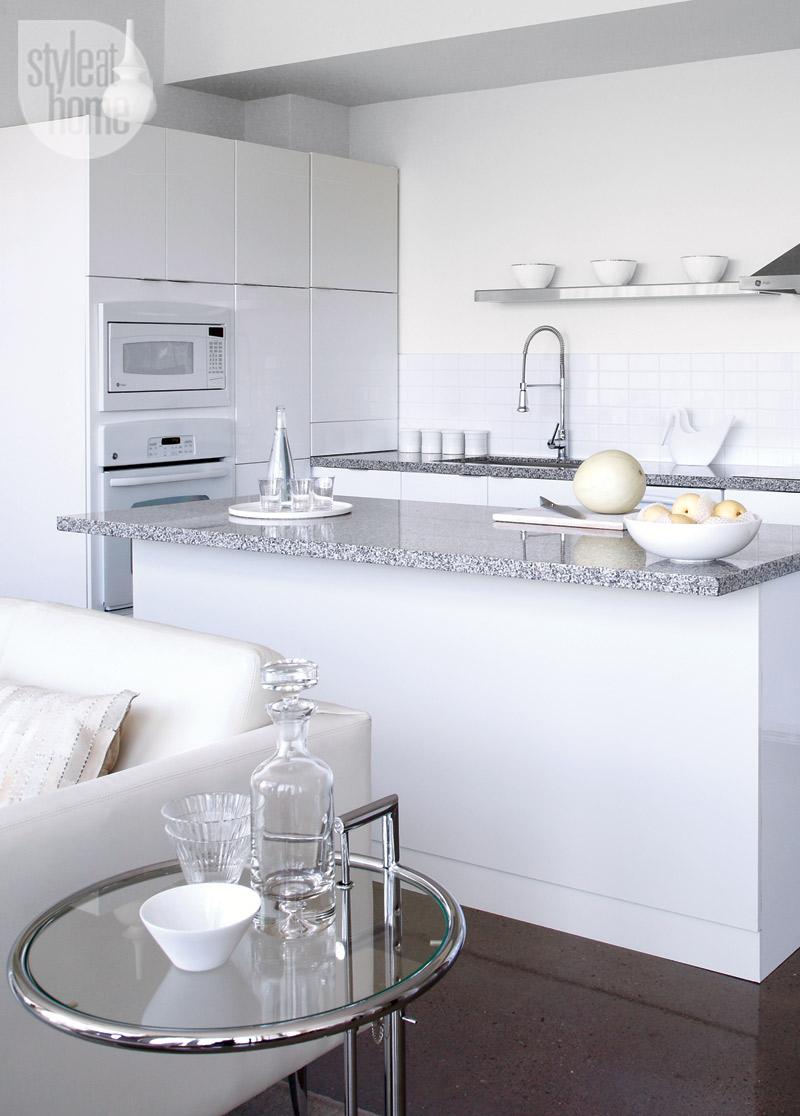 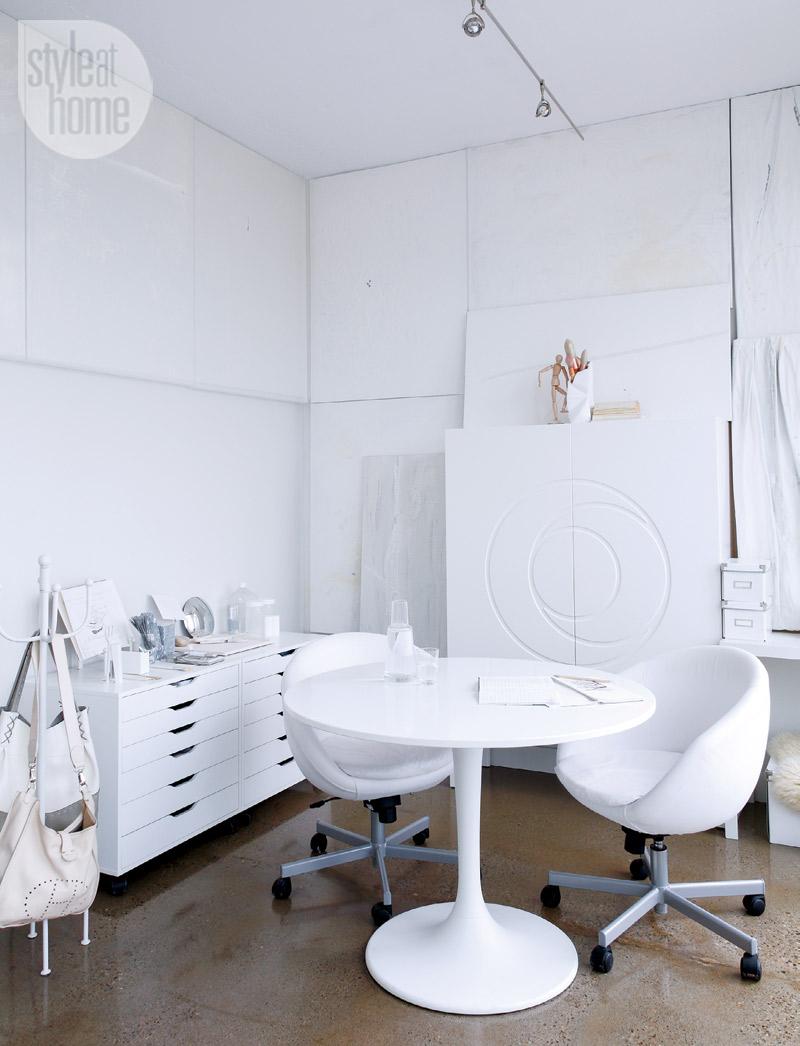 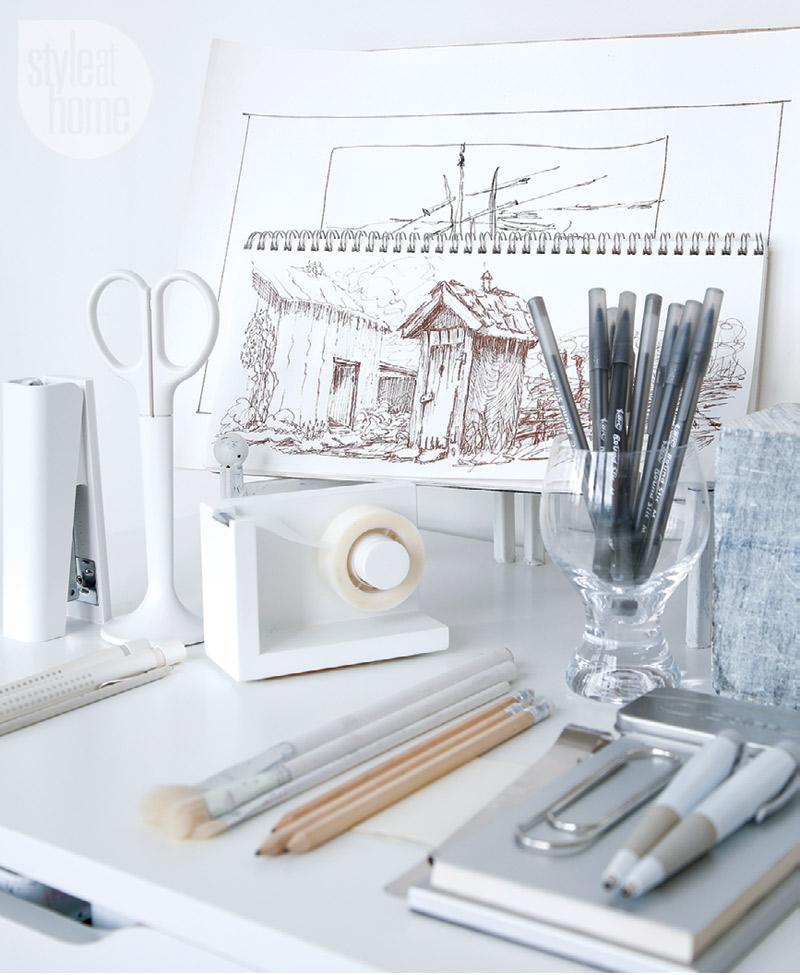 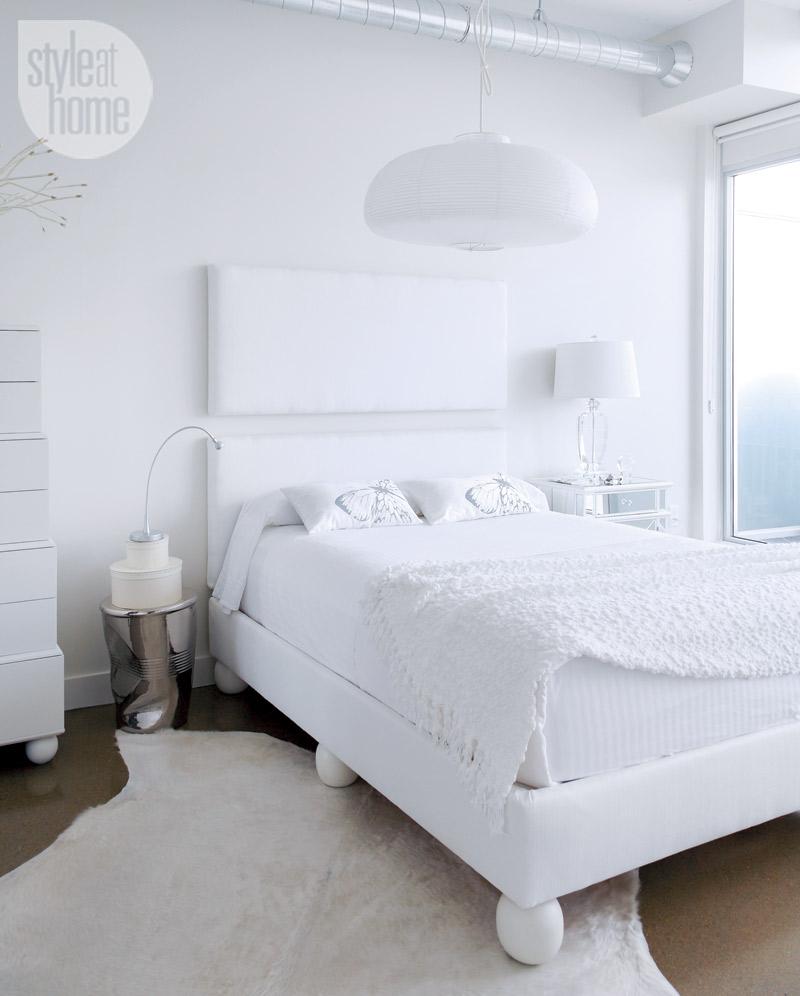 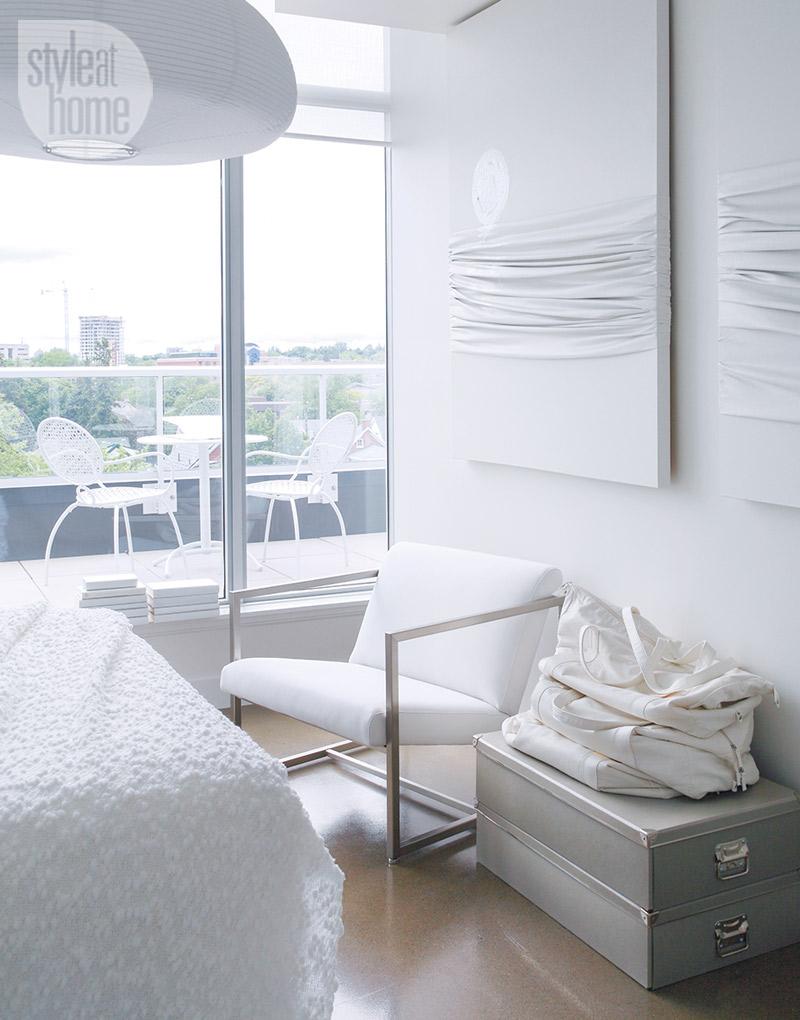 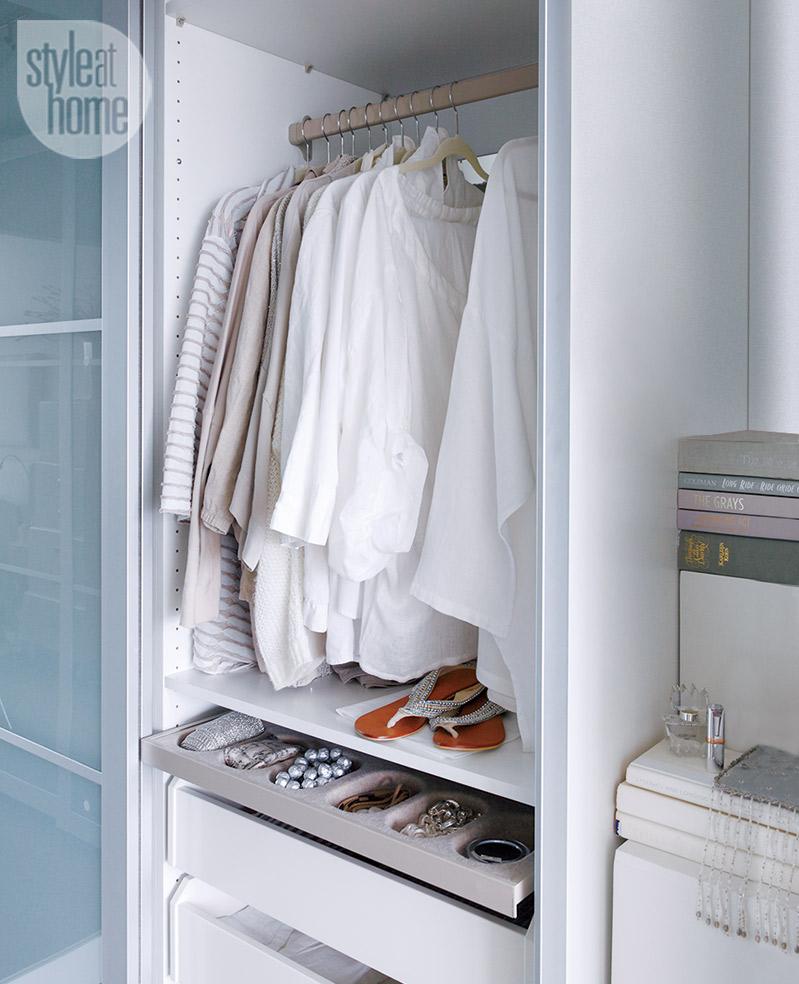 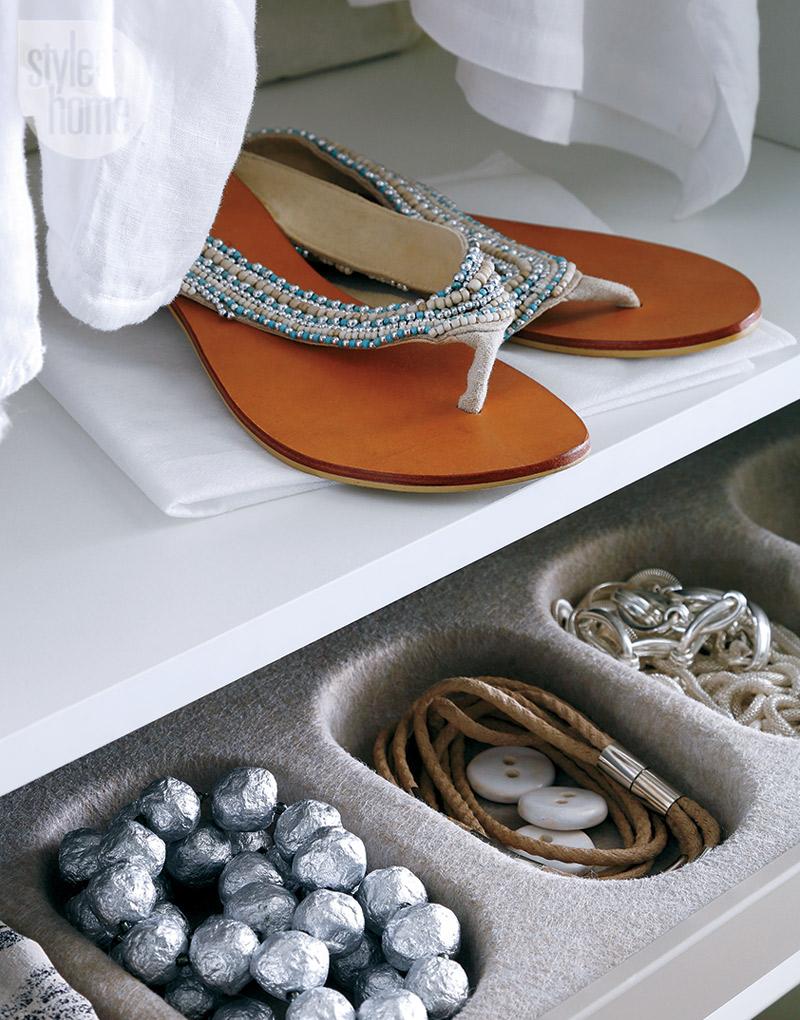 To impart subtle warmth, an entryway seat cushion was upholstered in a menswear-style grey wool fabric with champagne-coloured suede piping. Above it, a series by Ruth called Under Construction is composed of found objects from the condo site to cheekily express her impatience with the length of time it took to finish the building.

A muted palette lends a lulling quality to the living room. Duct-work snakes around the ceiling like a sculpture unto itself. The 200-year-old wooden pedestal featuring a Raku sculpture by Guelph artists strikes a bold contrast in the space.

“On special occasions, lemon gelato and champagne are served at the nine-foot-long Italian-made dining table,” says homeowner Ruth Beninger, who often hosts friends here. Behind, inconspicuous high-gloss cabinetry blends into the space, keeping the area serene alongside the gauzy drapery. Exposed duct-work around the 10-foot-high ceilings and polished concrete floors are elegantly industrial.

The walls of Ruth’s studio are covered with white-painted canvases, but there’s plenty of space to store supplies in the wheeled drawer units, which can be moved into a convenient work position.

Ruth’s workspace is sharply kitted out with modern decor accessories that echo the rest of her studio.

In Ruth’s white bedroom, floating headboards and the bed’s ball feet (which echo those of the chest of drawers) give an ethereal and eclectic feel. The hide rug adds much-needed texture to the space.

The master bedroom wall features two of Ruth’s favourite pieces of her own artwork. The pair was done in the same colour as the wall, but features an acrylic textural detail for subtle interest.

“My clothing is curated and simple with varied textures,” says Ruth. “I love linen for the wrinkles, and, yes, I wear white every day.”

In the closet, a pull-out drawer neatly organizes all of Ruth's accessories for easy access.