From New York to Atlanta to (hopefully) Paris this year, Peridot Decorative Homewear co-owner Leah Balderson spends tons of time searching out unique pieces for her store. And when she’s not scouting? She’s designing one-of-a-kind furniture for her clients. Because if there’s one thing Leah avoids at all costs, it’s having the same decor as everyone around her. After all, who likes showing up at a party in the same dress as someone else?

So when Leah moved to her 800-square-foot one-bedroom condo in Vancouver’s Fairview neighbourhood three years ago, she first set about customizing the bones. Though she loved its muted neutral palette and simple modern architecture, the condo was a typical new build. “To make it feel more special, I took off all the door casings, plastered the back wall of the kitchen for extra texture and tiled a feature wall in the living room, recessing the TV right in,” she says.

It was also a space-saving technique. Since the condo was longer and narrower than she anticipated, recessing the TV meant she didn’t lose a lot of real estate, which was important for Leah, who envisioned entertaining lots of friends and family here. "Because I'm very social, I wanted a comfortable space with a lounge feel at the centre of my home," she says. Built-in pieces like the concrete sofa base, display ledge and bed frame also optimize the limiting layout while asserting the cutting-edge style Leah sought.

With the envelope in place, Leah appointed her customized condo with equally unexpected, organic and super-modern accents in a palette that’s soft in colour and texture for a well-curated minimalist look. “In such a small space, it’s essential that each item is thoughtful and well designed,” she says.

Luckily, Leah sold her previous place fully furnished, so she was able to start here with a blank slate – which is how she likes to do it. “I love taking a standard space and making it special,” says Leah, who is constantly inspired on her scouting missions. “That’s probably why I end up moving so often!” 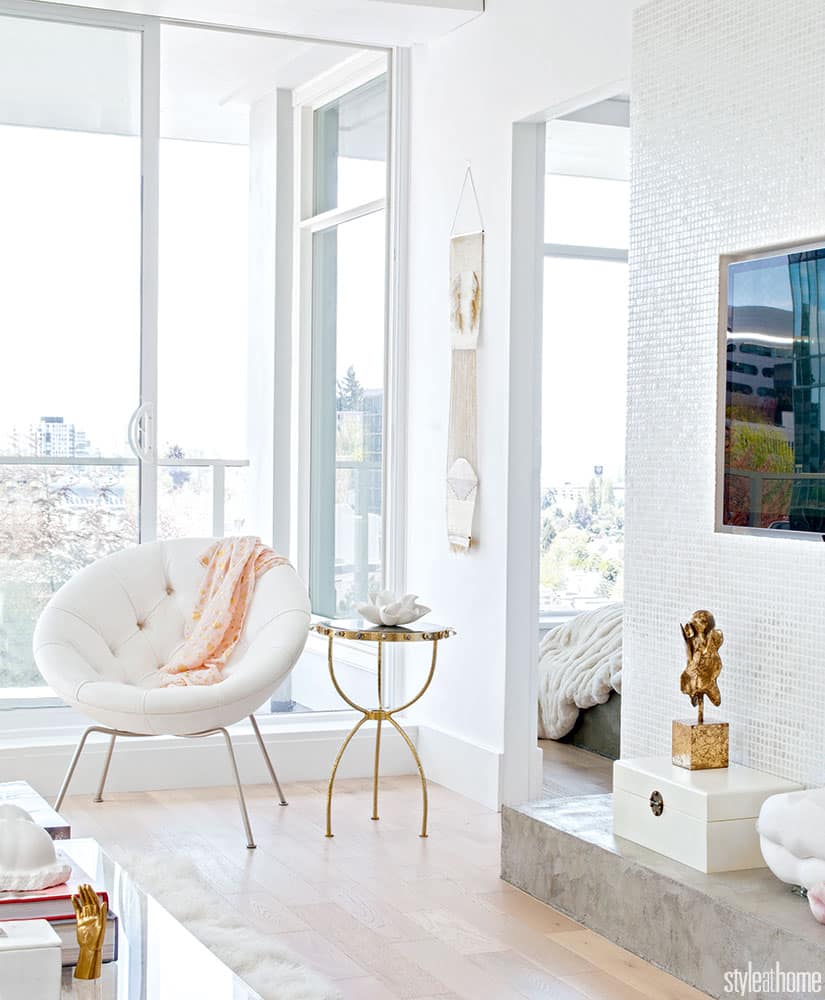 In the living room, the TV was recessed into a feature wall adorned with glass tiles that designer and homeowner Leah Balderson loves for their iridescent lustre. In lieu of a media unit, Leah had a display ledge installed to mimic a fireplace hearth. 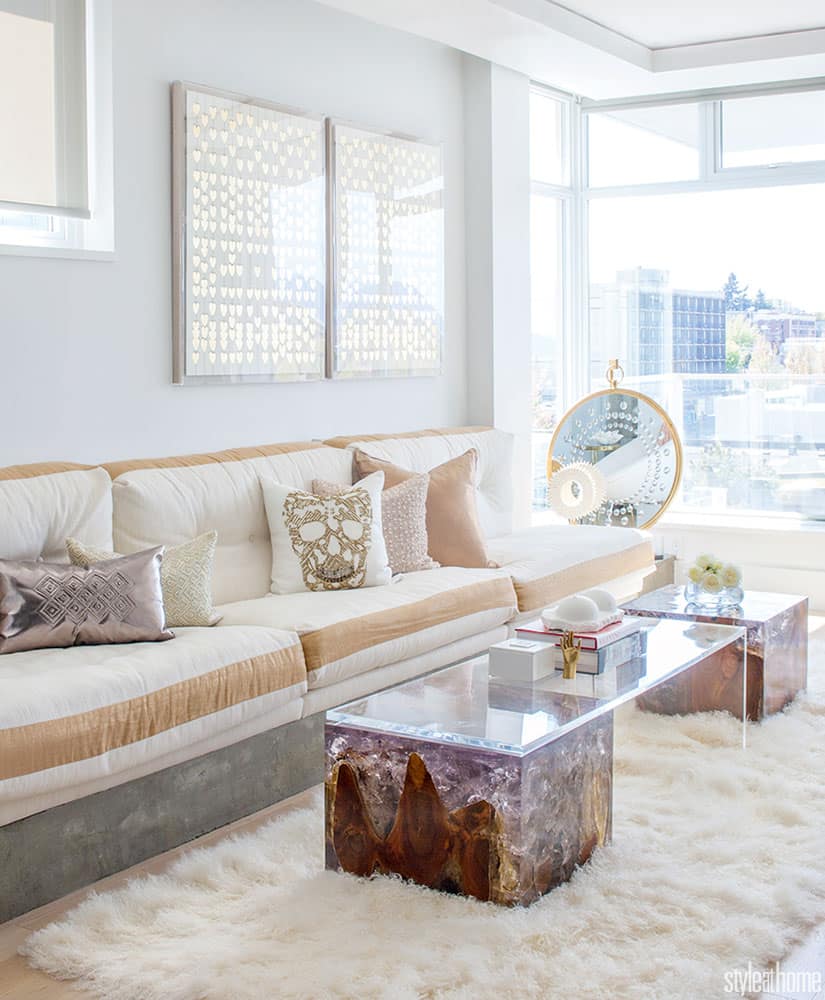 For the living room coffee table, Leah found the teak and crackled resin blocks in New York City (“they weigh like a million pounds,” she says) and had the Lucite tabletop custom made to offer surface space sans visual clutter. “It slides back and forth so people can slip through.” 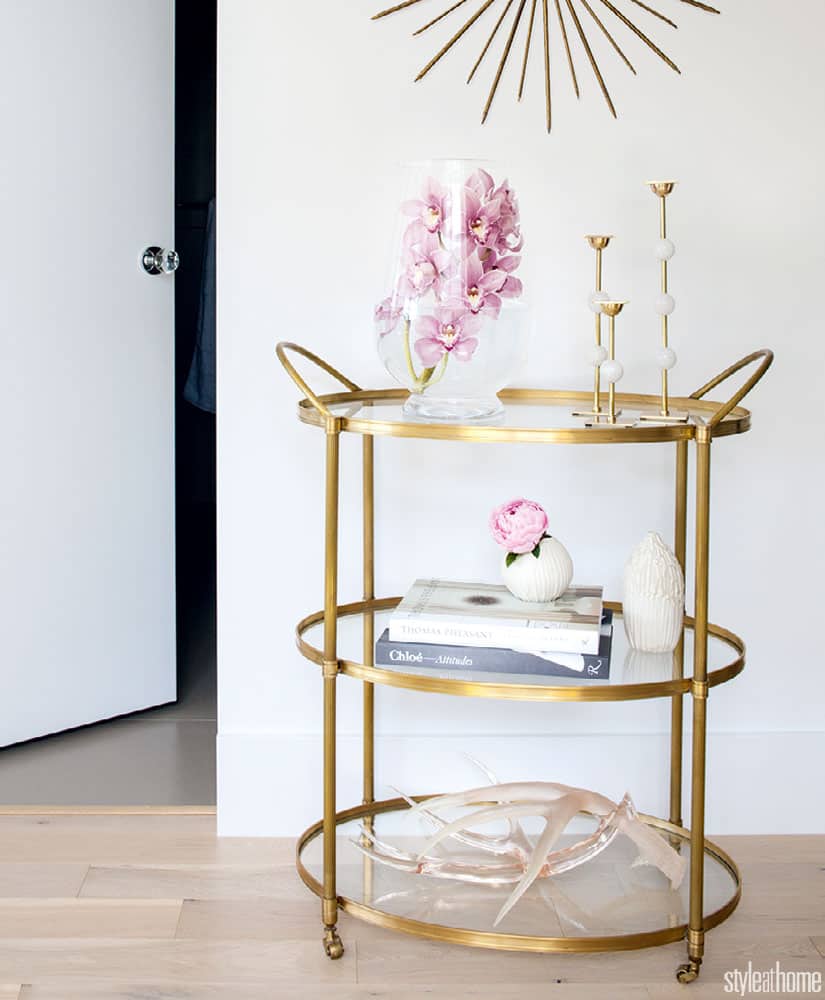 “Bar carts are a great way to display beautiful things in a small place where you don’t have many surfaces,” says Leah. 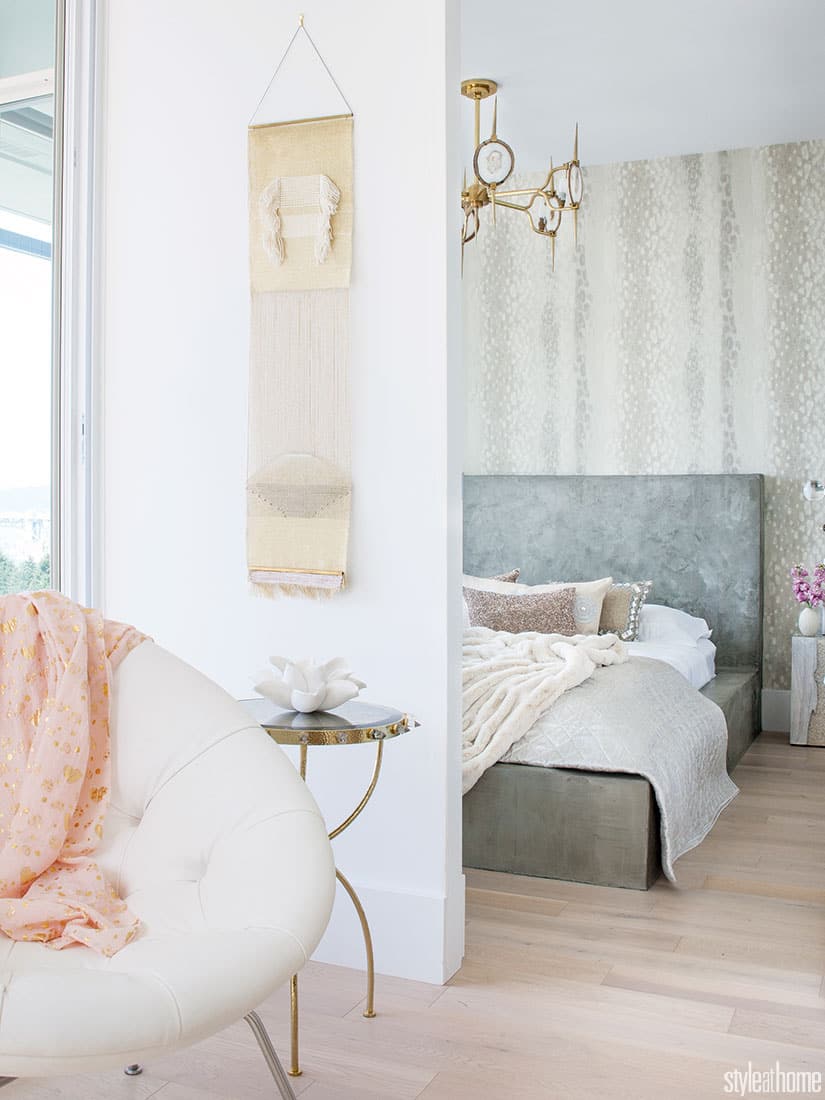 “The woman who designed the living room’s quartz-spiked side table is also a jewellery designer,” says Leah. “I love her flair for bling and luxury.” 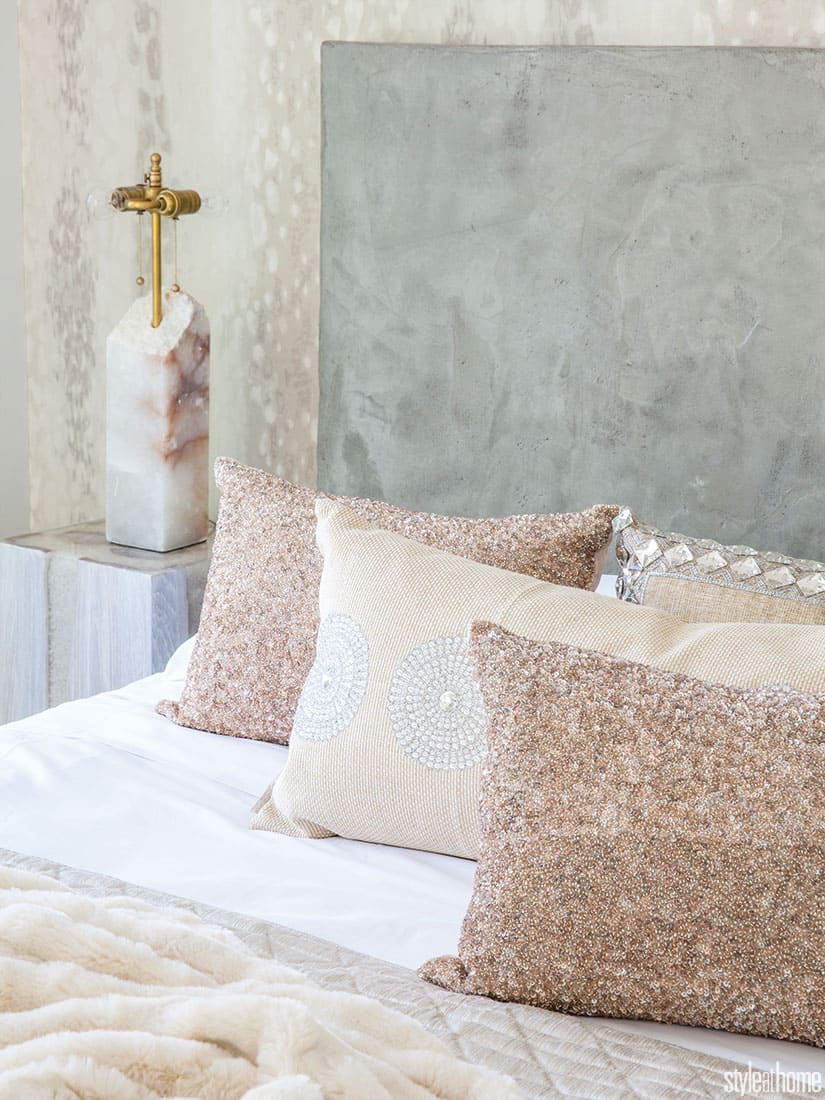 Leah chose the spiky brass chandelier (by the same designer) for her bedroom to play off the piece while matching the raw feel of the concrete bed frame. 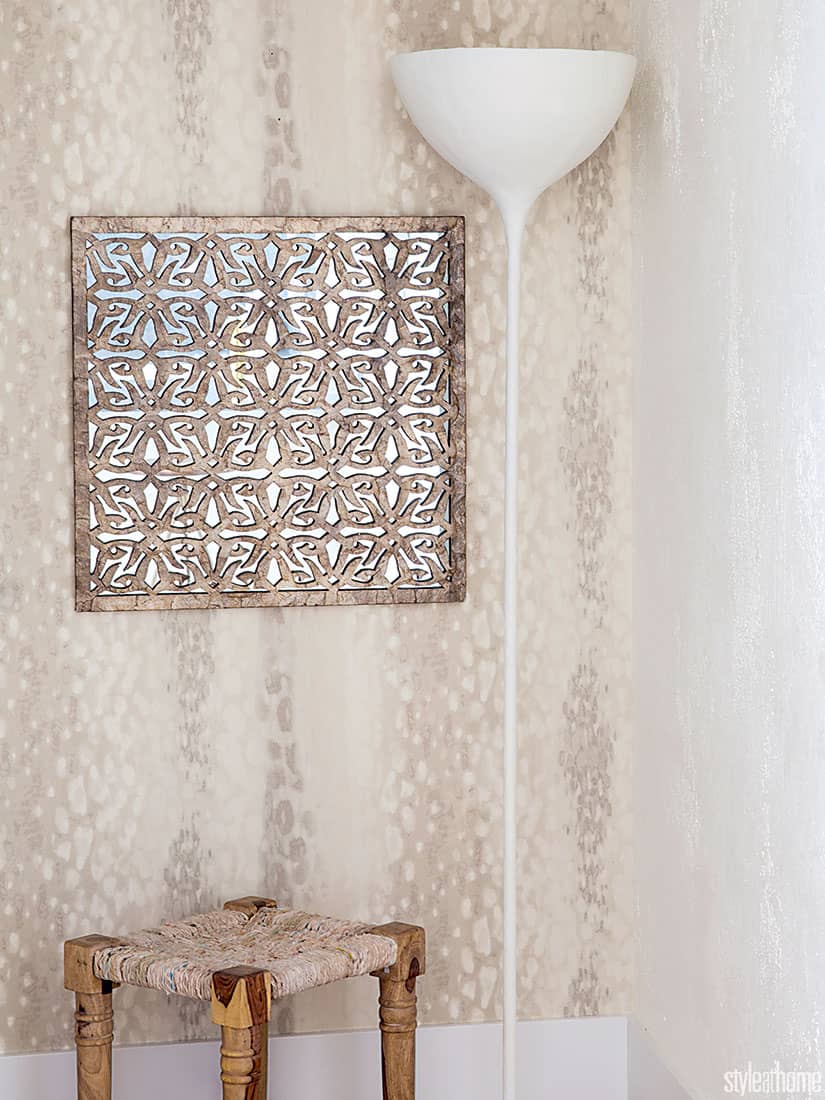 In the teeny entryway, a sleek white floor lamp, an elegant wall hanging and a rustic woven stool establish the raw-luxe look carried throughout the space.