As twilight casts its gentle glow across the wet Maritime snow, amber candlelight flickers in the windows, making this former caretaker’s cottage in Halifax look much as it did back in 1896, when Sir Charles Tupper was prime minister. But the year is now 2012 and the just-under-1,000-square-foot abode is a beacon to the many guests who will gather here during the holidays to swap stories, exchange gifts and indulge in homeowner Jonathan Legate’s simmering cauldrons of seafood chowder and hot-from-the-oven tourtière. Sure, the house is small. And, yes, there are cracks in the wall plaster and uneven boards in the floors. But that’s what gives this antique dwelling its charm. “Its flaws are its character,” says Jonathan, who’s an interior design consultant. “Overfixing a historic house makes it look like a person who’s had too much plastic surgery. An old house should be allowed to age gracefully.” And that it has. Whether it’s a sit-down dinner for 16 guests or a stand-and-mingle party for more, the little house never feels small. So, how does he do it? “I have a storage locker filled with chairs,” he confesses, laughing. “They come out for entertaining and go back when the parties are done.”

“But seriously,” Jonathan adds, “the real reason my small house looks great during large parties is that I do then what I do all year-round.” Whether it’s the holidays or not, he sets out a combination of flea-market finds and expensive splurges. “Decorating from both ends of the spectrum basically guarantees that you’ll have a look nobody else has,” he says. So, at Christmas, Jonathan mixes inexpensive decorations and berries and foliage from the yard with a few special one-of-a-kind Christmas ornaments. “Have fun with decorating,” says Jonathan. “Be yourself!” And with that, he points to a wall where a picture hangs, nearly as low as the baseboard. “It’s art for my dog, who incidentally is named Kitty,” he says impishly. “The way to make a house really feel comfortable – for you and your guests – is to take a lighthearted approach.” 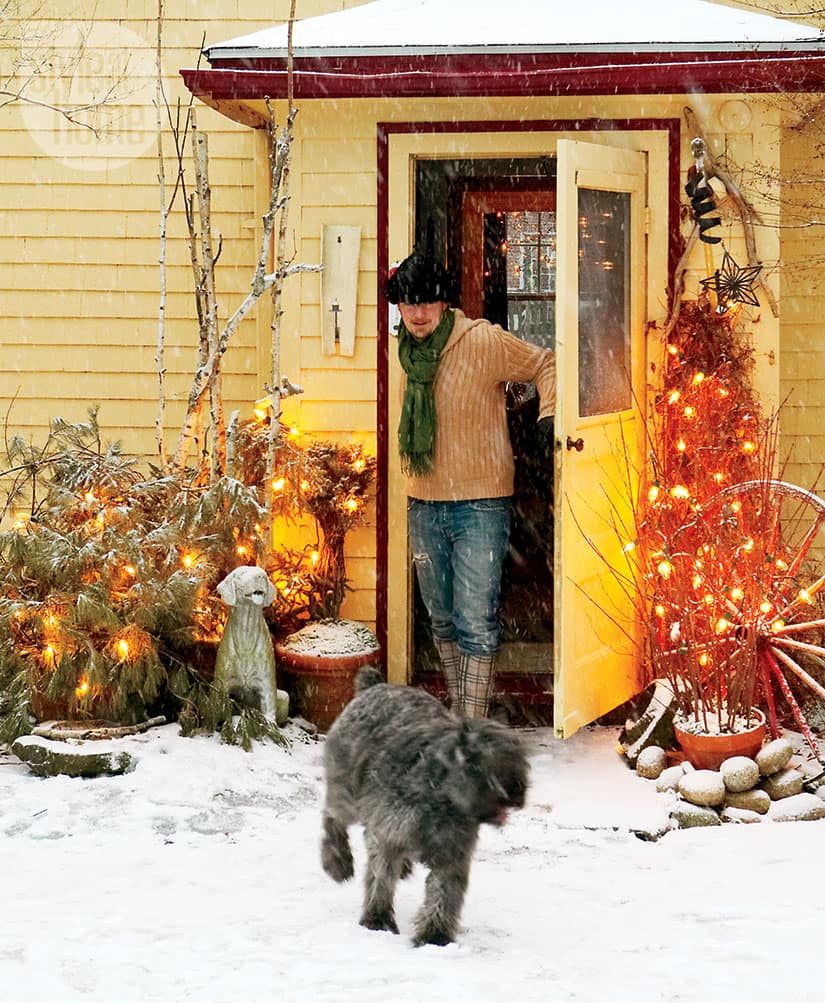 Flanking the entrance, vintage-style string lights with large bulbs set the stage for the interior of this antique abode. 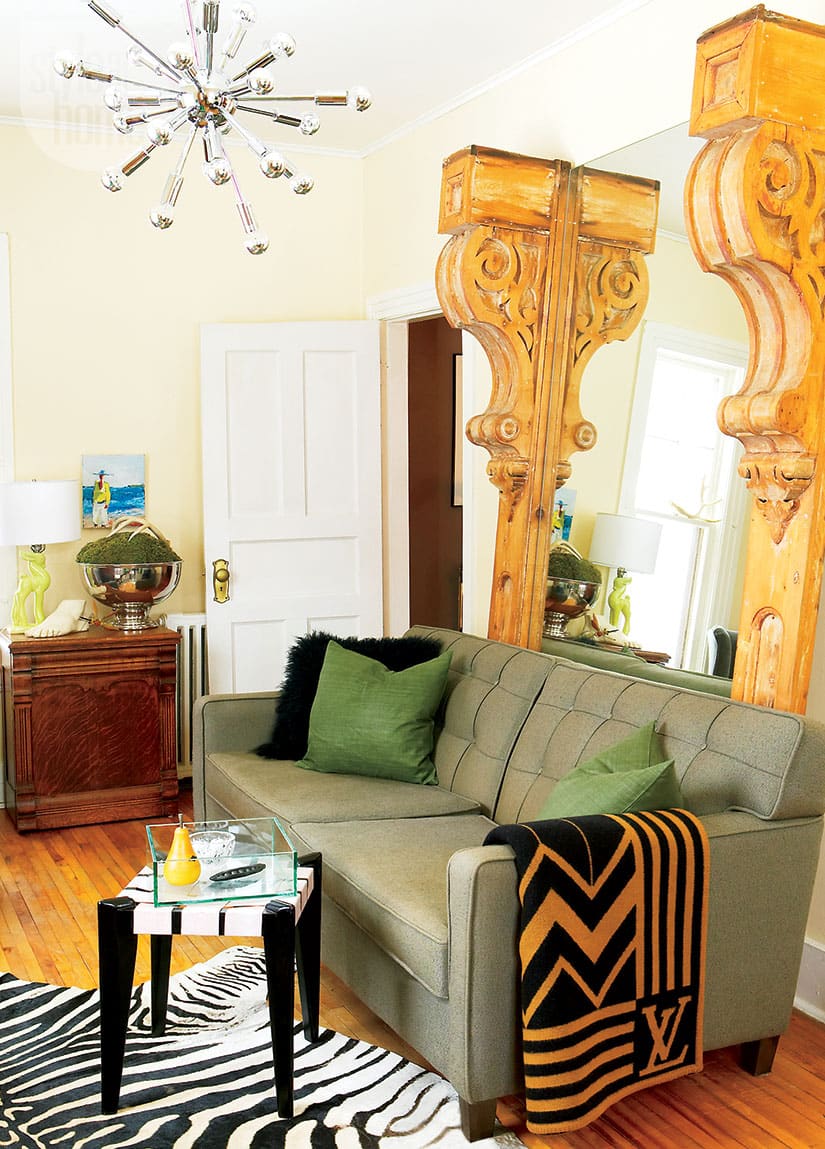 Architectural stiles that Jonathan salvaged from an old house in his hometown now frame a massive mirror, the living room’s focal point. A vintage stool and satellite light fixture blend well here thanks to their simple lines. 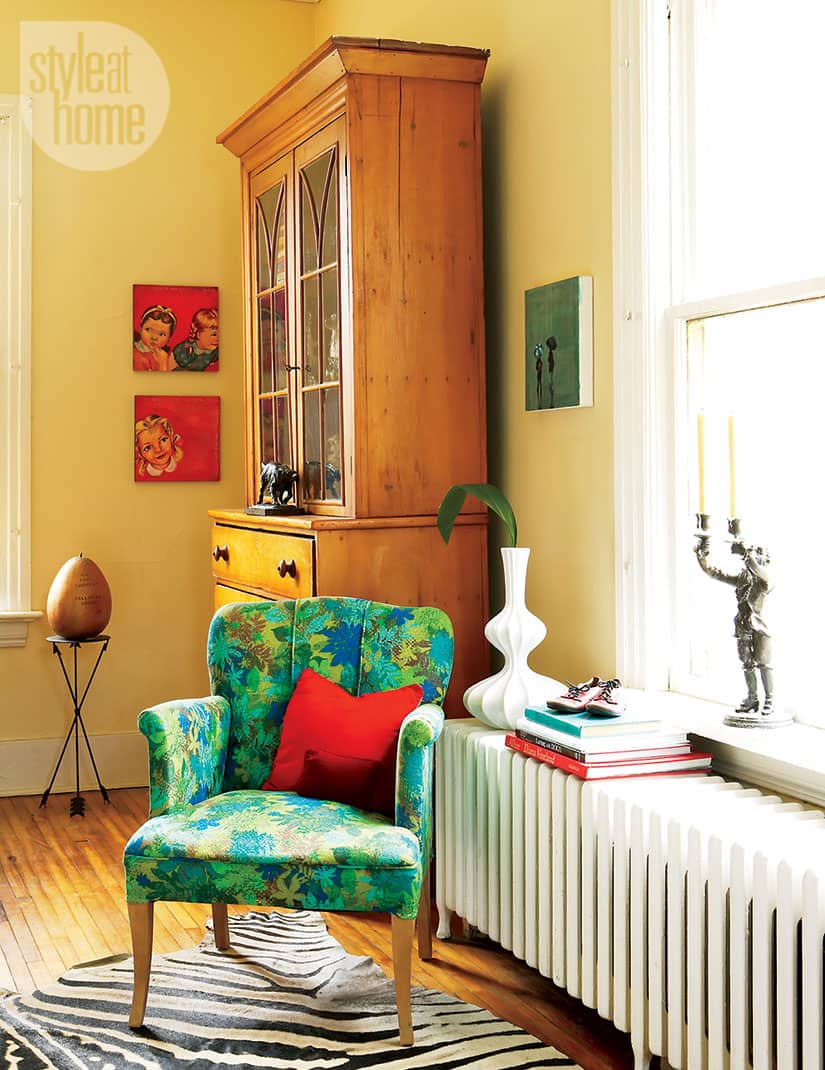 Jonathan loved the vintage fabric on this armchair and simplified its silhouette by removing the bottom ruffle. 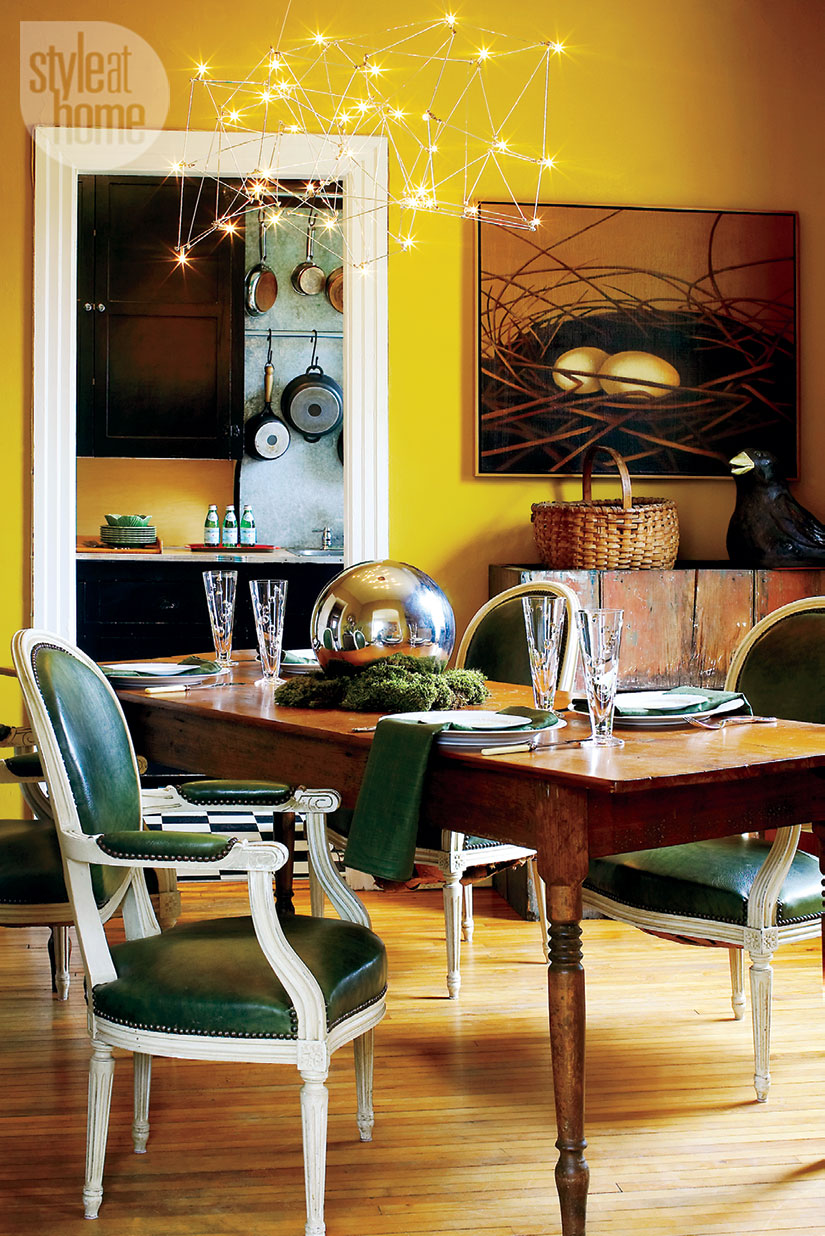 Jonathan bought his dining table at an auction when he was only 19 years old. “It’s just two boards nailed to a frame,” he says. Its simple winter style echoes the humble beginnings of his cottage. Combined with a 1700s cabinet and chairs from France, the dining room is at once simple and sophisticated.