One of the most noticeable traits of couple Shannon Hunter and Noah Walman – she’s an interior design firm owner/real estate agent/home stager/renovation project manager; he’s a family doctor – is that they’re masters of organization. They would have to be, given that they transformed a 1,600-square-foot apartment in Toronto’s Cabbagetown neighbourhood into an exuberant family home in less than three months. And their respective responsibilities weren’t the only things they were juggling at the time.

“When we moved into the space, I was six months pregnant with our daughter, Elle [now two years old], so everything needed to be done quick, quick, quick before she arrived,” says Shannon.

And the fact that the apartment is a rental created additional challenges for the couple. “The question was, how do we make a place we don’t own feel like ours without spending a fortune?” says Shannon. The answer was with paint and furnishings. They whipped the lacklustre beige walls into shape with crisp white and soft grey shades. 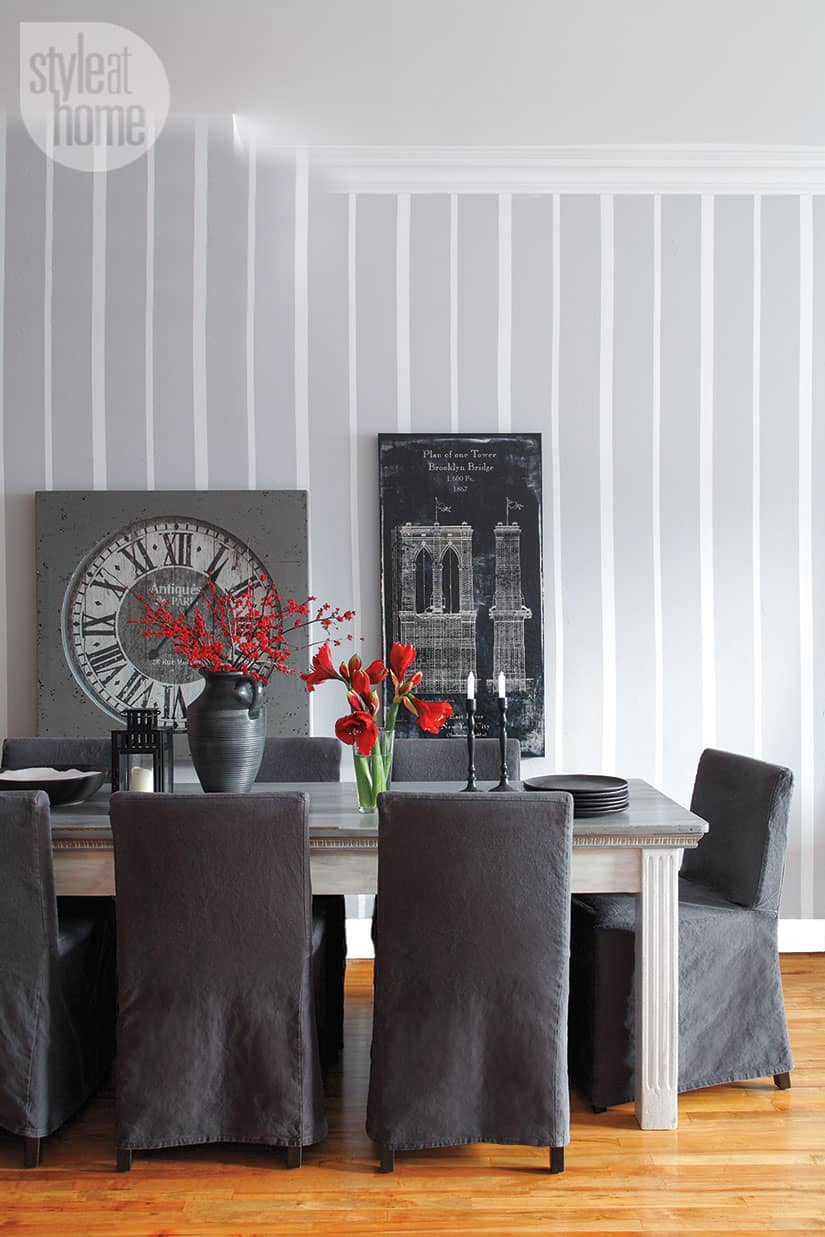 “In a fit of inspiration one night at around 11 p.m., I used grey paint leftover from another project to add these stripes to the wall,” says homeowner Shannon Hunter. The varied widths create a dynamic modern look.

Linen-slipcovered dining chairs are casual companions to the stately dining table, which was formerly a seamstress table. 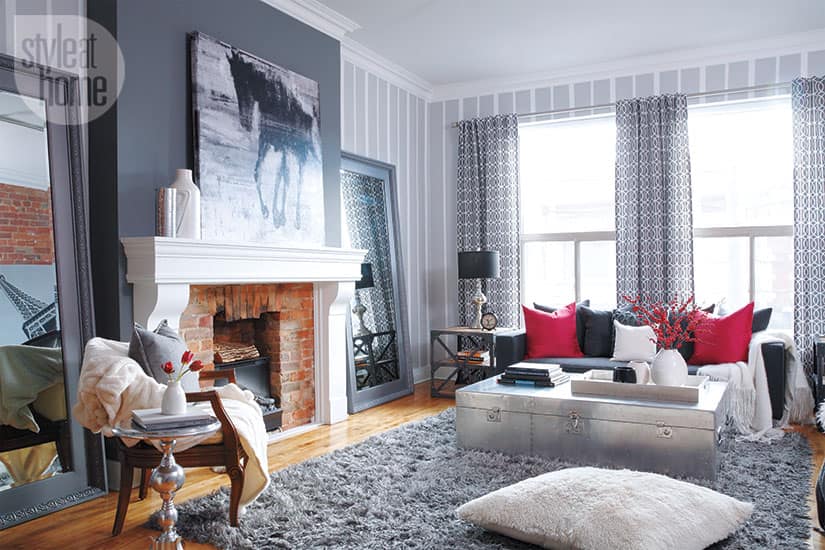 “We decided to paint the wall behind the fireplace in a deep charcoal shade so it would stand out against the lighter grey tones in the room,” says Shannon.

You could say this kind of coziness is a mandate for Shannon and Noah, evident not only in the way they decorate but also in the way they live, whether they’re home alone or entertaining a crowd.

To wit: When the couple hosts dinner parties, friends and family inevitably end up around the fireplace, where, Shannon says, “everyone always wants to relax on the floor cushions – kids and grown-ups alike!” 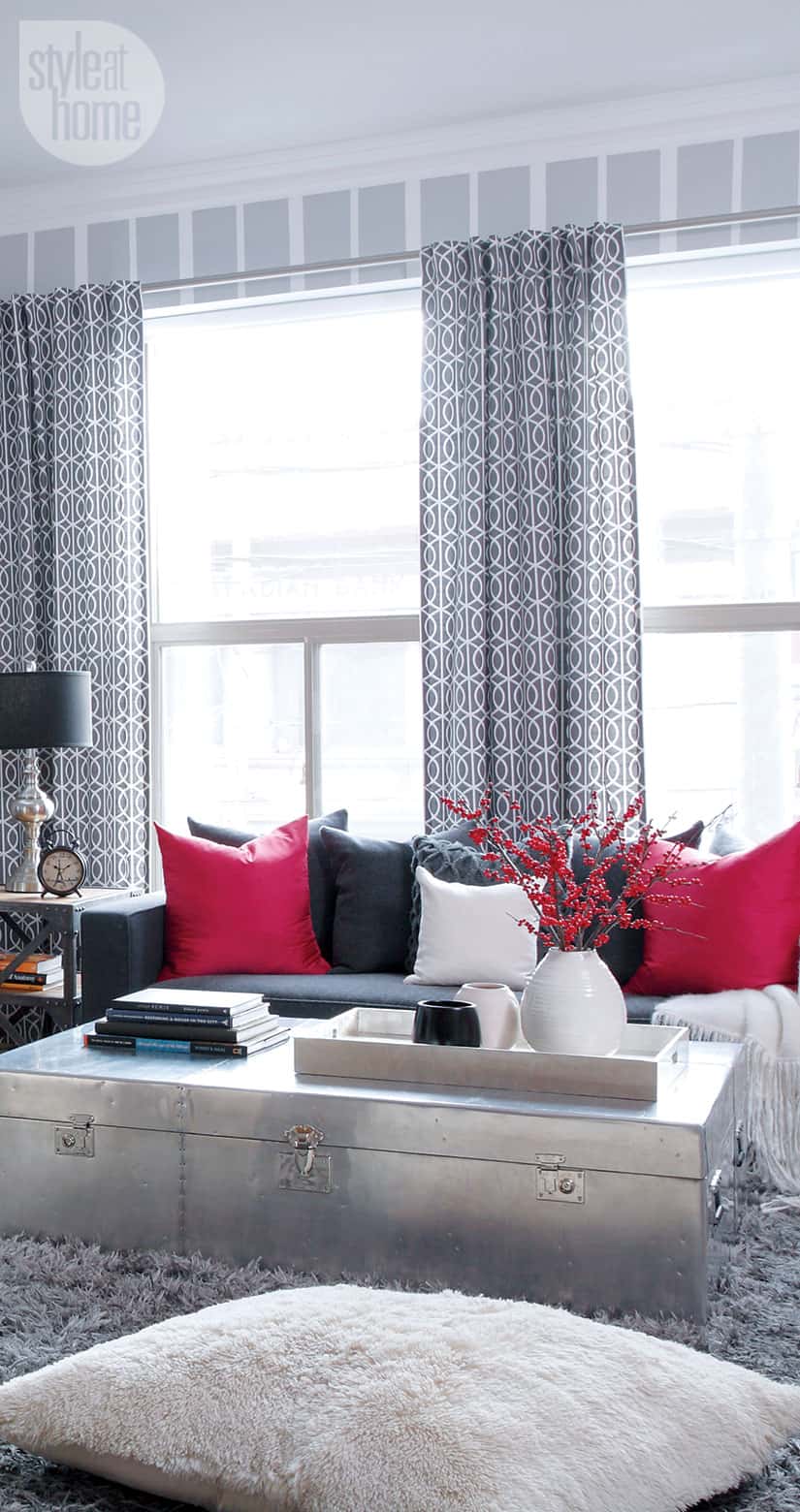 The custom drapery features a geometric print that adds another layer of interest to the space.

“We chose these colours because we wanted the space to feel light and airy but still have a cozy vibe.” Comfy furnishings and accessories, such as rugs, toss cushions and plenty of throws, enhance the warm, inviting look. 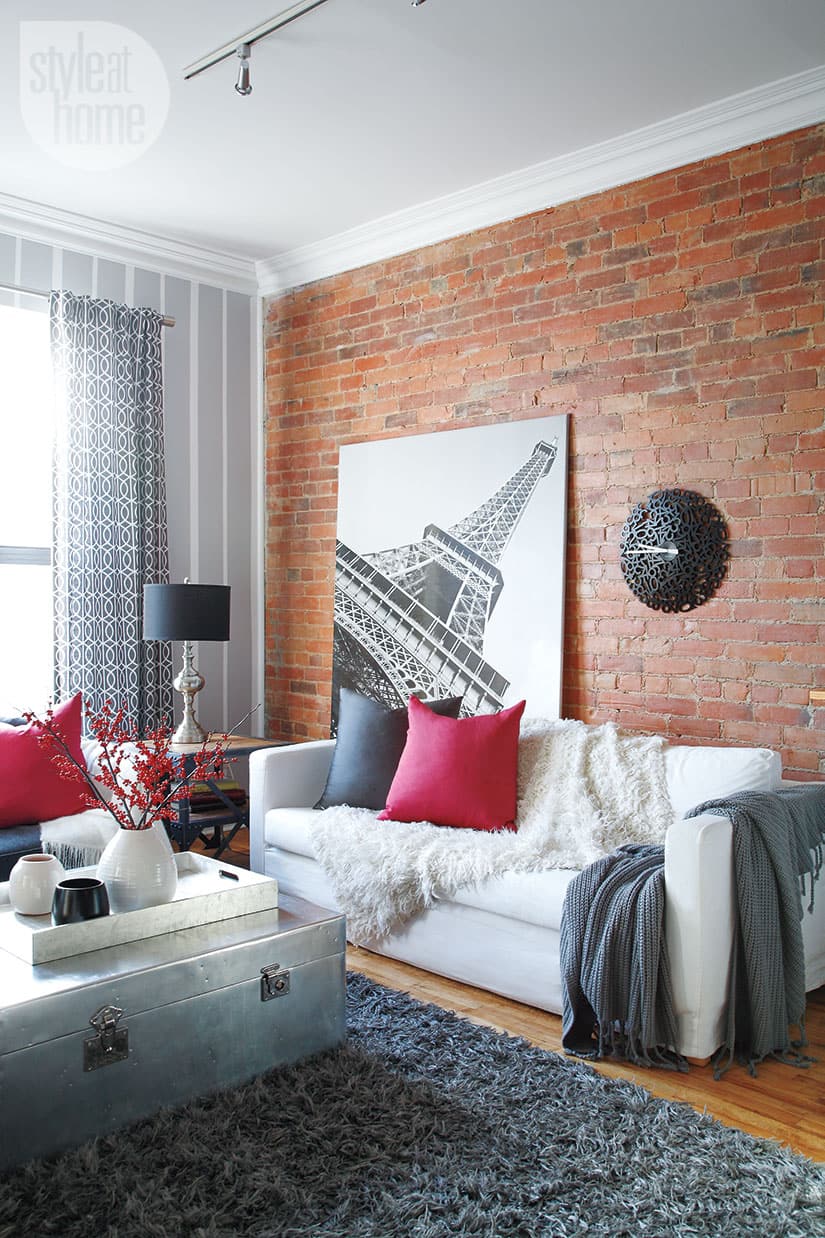 A substantial recycled aluminum chest anchors the large living space and does double duty as a coffee table and a spot to stash daughter Elle’s toys. Comfy throws and toss cushions, as well as a textured rug, keep the contemporary look feeling soft.