You definitely know Debbie Travis, but did you know she does much more than decorate? Debbie also does product design, television (not only starring in but producing, too) and public speaking, as well as wine- and olive oil making, plus plays host at her Tuscan retreat. It raises the question: Is there anything Debbie doesn’t do? We sat down with her to find out. 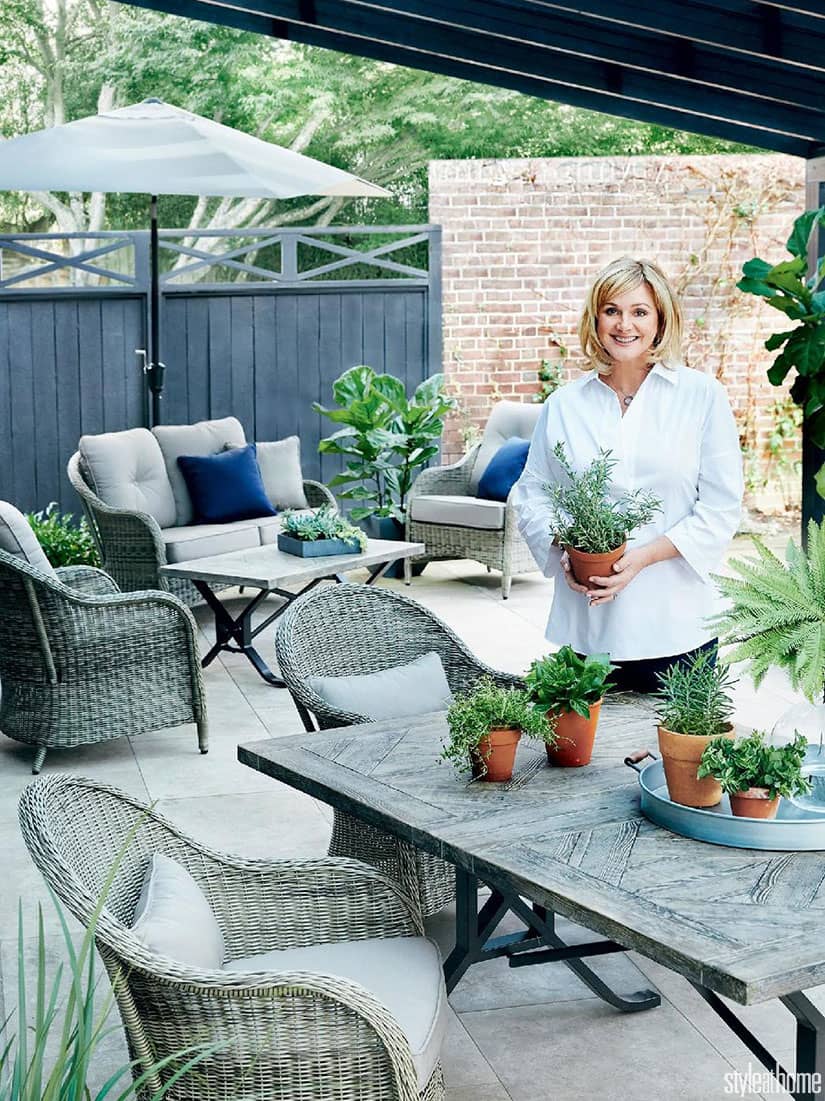 Okay, she’s technically a British-Canadian idol, but England-born Debbie Travis, who moved to Montreal at age 30, is without a doubt an icon on the stage of international decor. With five hit television shows (from Debbie Travis’ Painted House, one of North America’s first decorating shows, to La Dolce Debbie, airing now on the Oprah Winfrey Network), a regular home style advice column syndicated across the continent and numerous best-selling books, this former model is now a doyenne of the design world. And as if that weren’t enough, she also runs a successful production company with her husband (hosting some of its shows and laying claim to four Gemini awards) and has designed several product lines. As far as we’re concerned, all of that – coupled with the fact that she’s notoriously nice – makes us want to claim her as entirely Canadian. 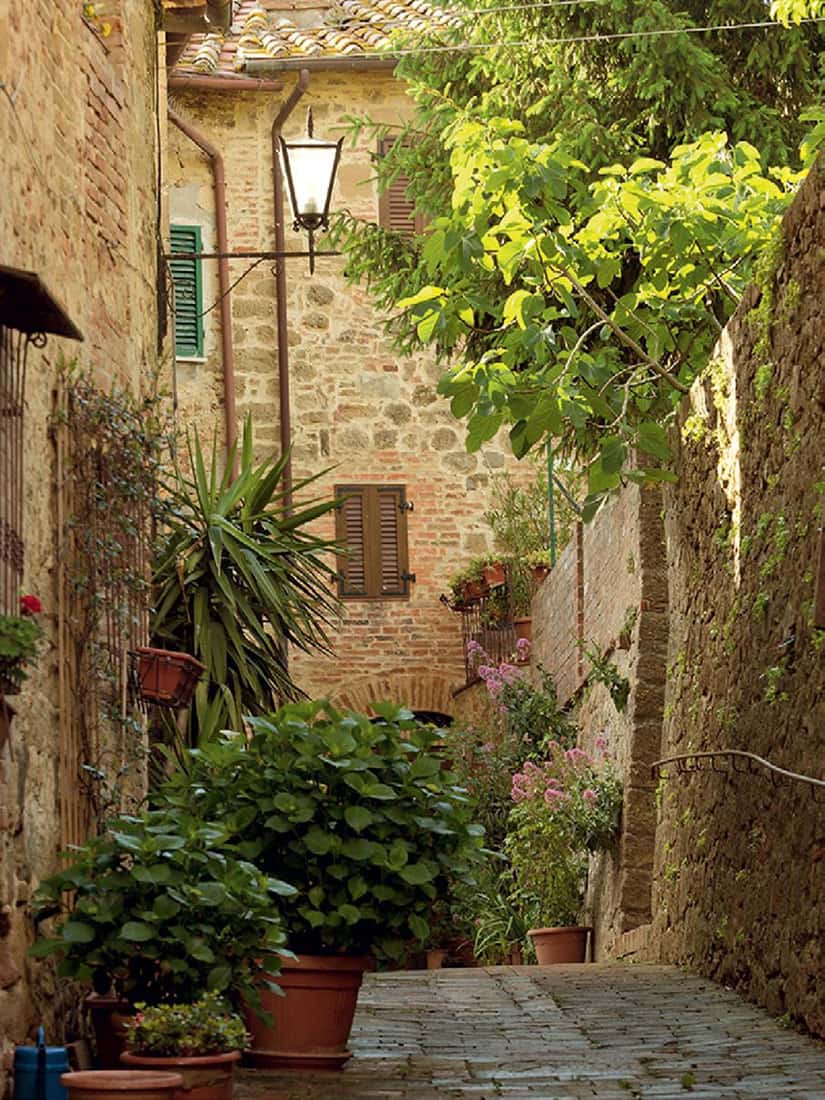 It’s easy to see the influence of scenery like this idyllic old street in a Medieval Italian town near Debbie Travis’s Tuscan villa on her rustic-chic Rousseau furniture sets. 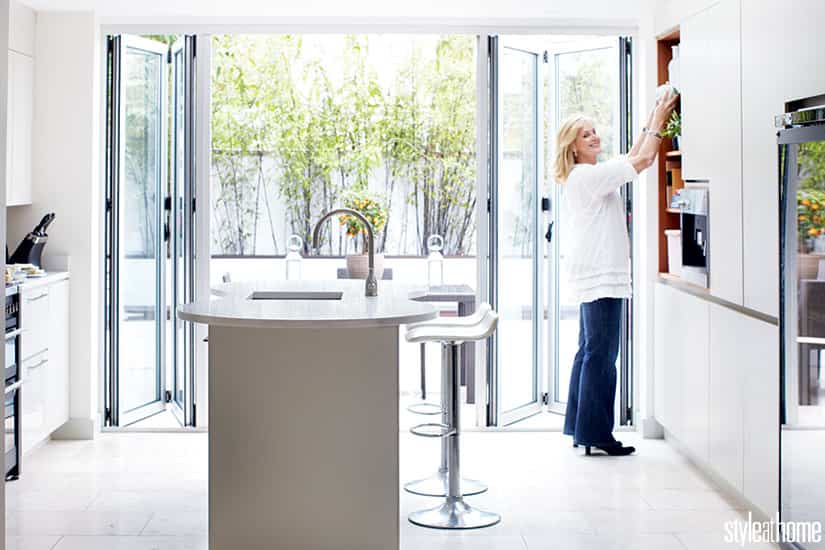 Take one look at the sleek kitchen in Debbie’s London home (featured in our April 2012 issue) and you’ll see modern hits that match the contemporary Chelsea conversation set. 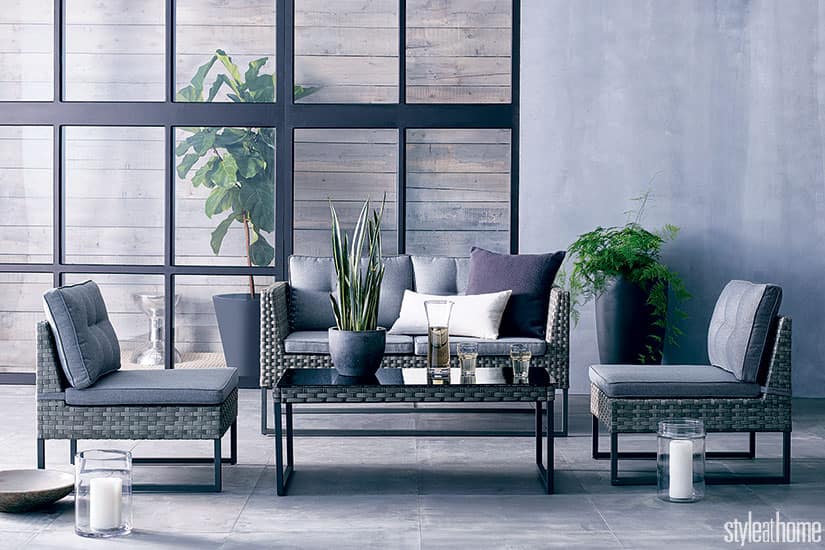 A spiky snake plant offers an easy-care sculptural element for your outdoor sitting area that can also thrive inside once summer’s over. 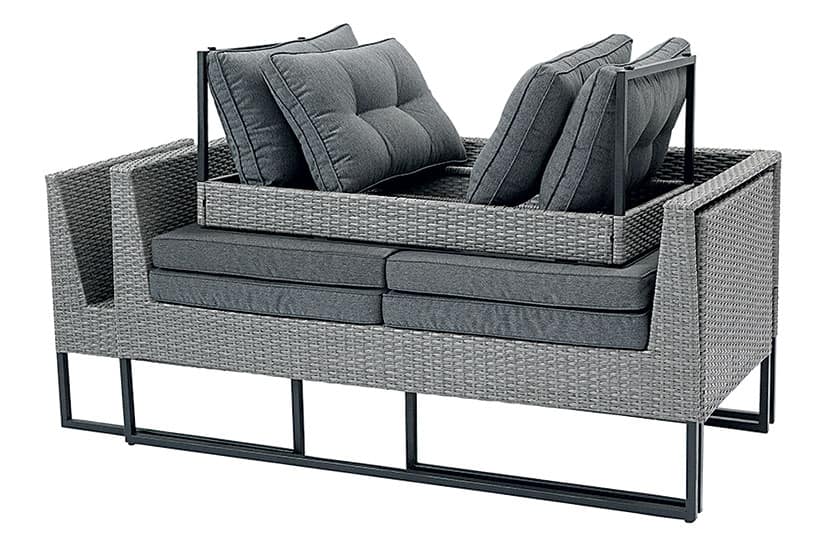 You might call it a hazard of the job, but working on multiple makeover shows and doling out decorating advice to a wide variety of clients means Debbie has a multi-faceted sense of style that can make anyone feel at home. Take her new line of outdoor furniture and accessories for Sears Canada, which ranges from rustic to modern. Though they seem completely different, they’re both emblematic of Debbie’s chic signature look: muted base pieces that can be punched up with bold, bright colours. And if you’re decoratively daring like Debbie, you could try mixing the two styles. 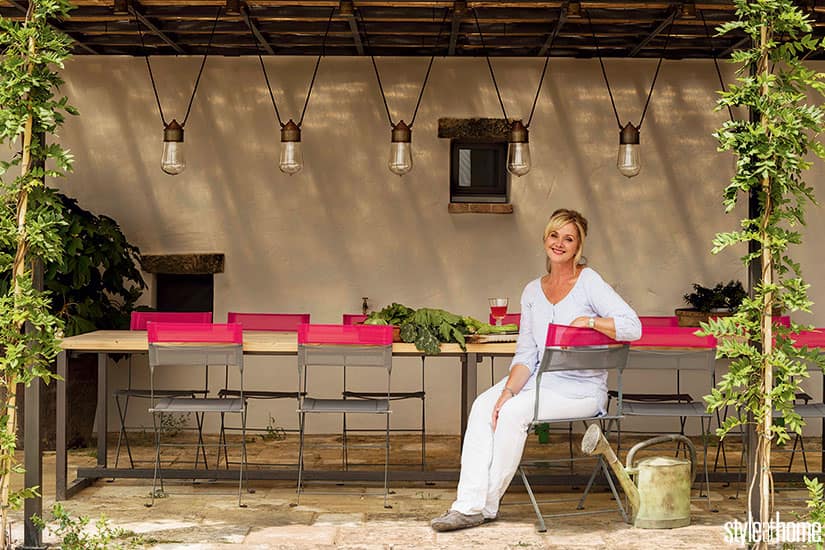 Though Debbie has homes in Montreal (see our November 2012 issue) and London (featured in April 2012) as well as a downtown Toronto condo (where she graciously hosted us for tea while conducting this interview), she now spends most of her time in her newest slice of heaven: a 100-acre estate in a UNESCO World Heritage site in Tuscany, where she grows grapes for wine, olives for olive oil and lavender for bath products, in addition to hosting empowering retreats for women. The four-year process of converting the 400-year-old farm into the house of her dreams is covered in her new documentary series, La Dolce Debbie. Spoiler alert: To honour the villa’s history while bringing it into the present day, she juxtaposed quintessential Tuscan rusticity with the latest modern pieces. The result? Perfect harmony. 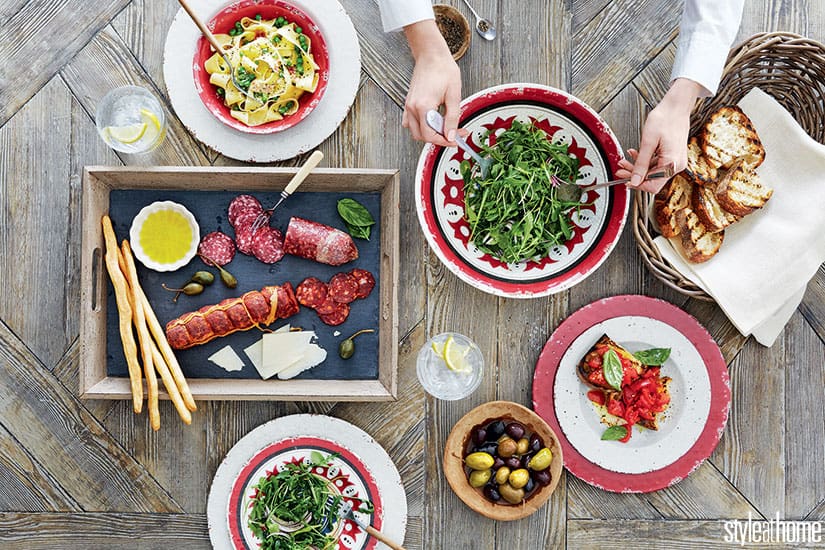 How to create a comfortable living area outdoors that you can enjoy from spring to fall:

1 Stylish furniture to create an outdoor room.
2 Shade for respite from the sun.
3 Great lighting for after the sun sets.
4 Toss cushions and throws to enjoy chilly evenings.
5 Fire pit or heater to extend the season. 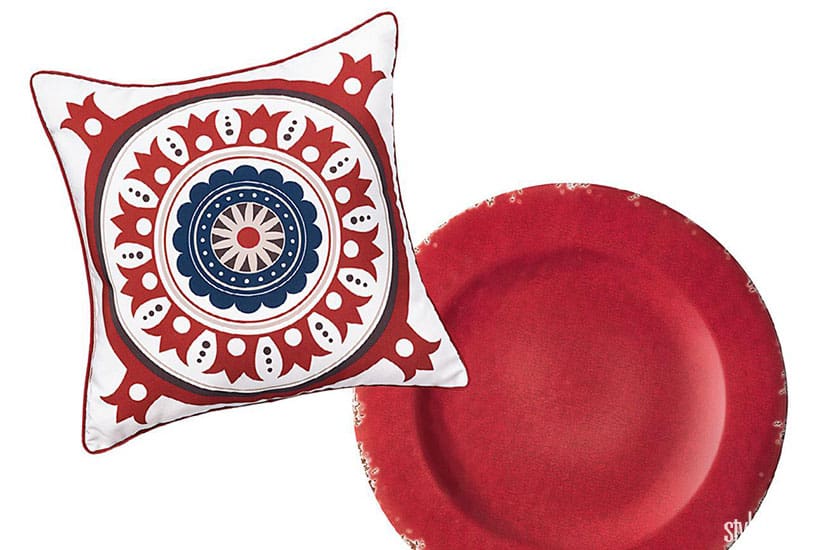 When shopping for her Tuscan estate, Debbie noticed that all mid-range outdoor furniture looked the same, so she turned to big European trade shows to find unique (yet pricier) options. Around the same time, Sears approached her to design a collection. “I had already been thinking about how to make mid-range outdoor furniture exciting,” she says. We can see the inspiration, from the dinner plate in the same deep red as a door Debbie spotted in the village to the toss cushion that’s on trend with the Italian floor tiles in her villa’s master bath.