We sat down with the inimitable Tom Dixon to chat about his beginnings, inspirations and latest collaboration – and walked away both impressed and intimidated.

Though iconic U.K.-based designer Tom Dixon is perhaps best known as a master of metal (he was once quoted as saying, “I could turn a pile of scrap metal into gold”), this year, he’s showing his genius through another material – quartz. In a year-long collaboration with Caesarstone, Dixon is designing four swoon-worthy semi-professional kitchens that will be shown in four trend- forward cities across the globe. “I’m basing each kitchen on one of the elements – water (ice), fire, earth and air – that have a lot of relevance in cooking,” says Dixon, who debuted the first installment at Toronto’s Interior Design Show (IDS) this January, pairing the most fitting element with Canadian winter: ice. “I was inspired by the fantasy of the Canadian hinterland in the Far North, with ice breaking up along a river, and translated that into something that looks more like a minimalistic art installation than a kitchen, but it is actually fully functional. 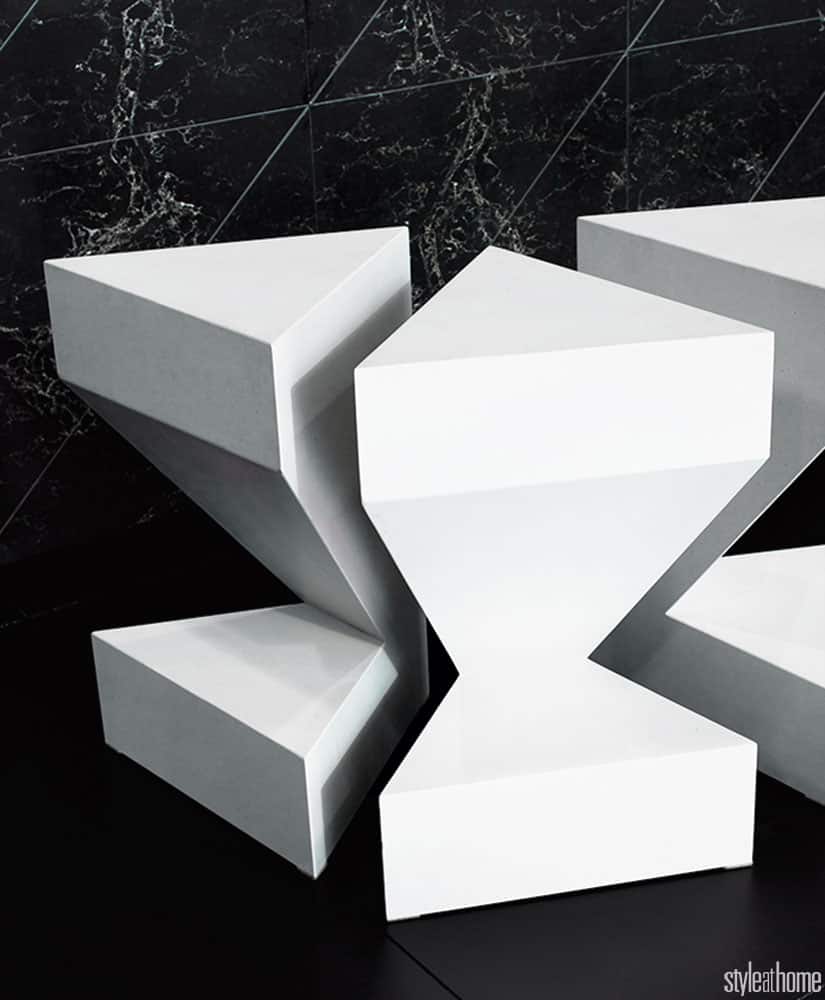 By playing with quartz in fresh new forms, such as stools and storage units, Dixon proves Caesarstone is much more than a surface material. 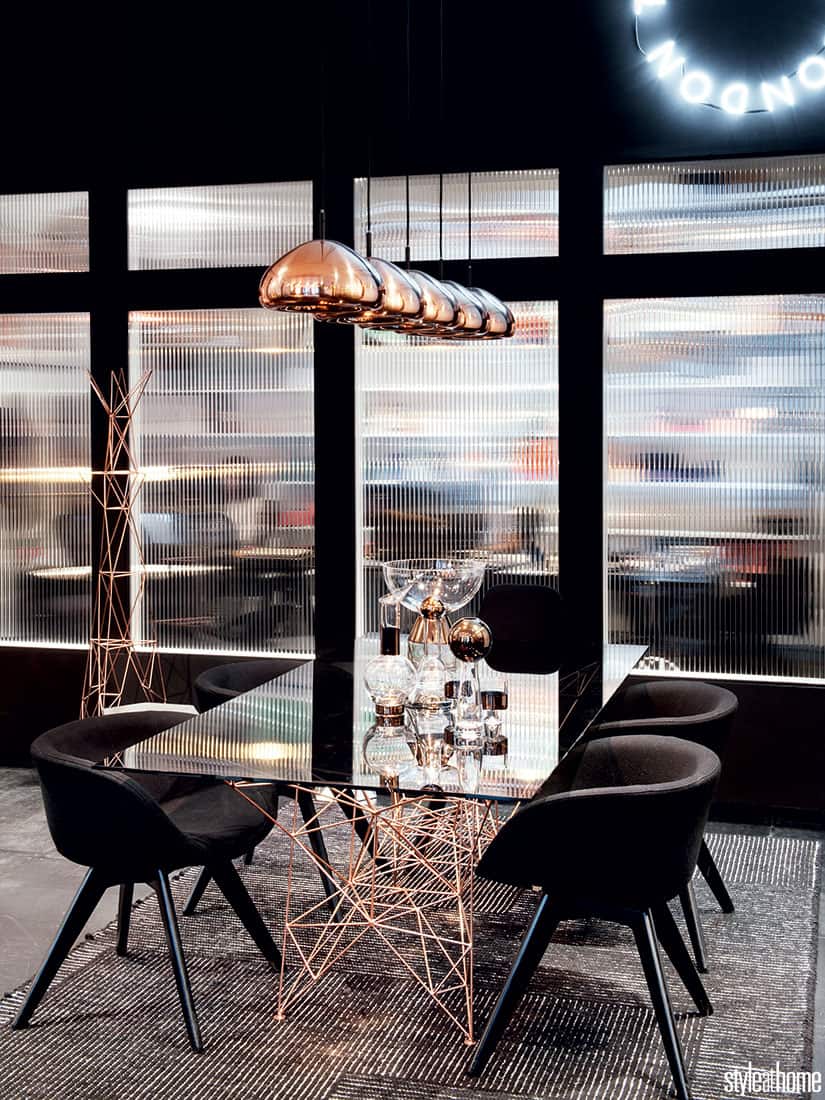 Though Dixon attended a prestigious arts high school, where he dabbled in pottery, he soon abandoned the material arts for music, playing bass in the band Funkapolitan. It wasn’t until much later, after Dixon taught himself to weld, that he returned to material design and began manipulating scrap metal into fresh forms. (“My first project was a mess,” says the designer, “but I quite liked the messiness of it.”) Undeterred, Dixon continued tweaking his techniques in a small studio and shop he set up for himself and other up-and-coming designers. Soon hired by the beloved furniture company Cappellini, he entered the world stage as a formidable force with the creation of the iconic “S” chair, and the rest is history. “I think practice is often underestimated as a means of getting good at anything,” Dixon advises those who want to follow in his footsteps. “I didn’t get anywhere without lots of practice.” 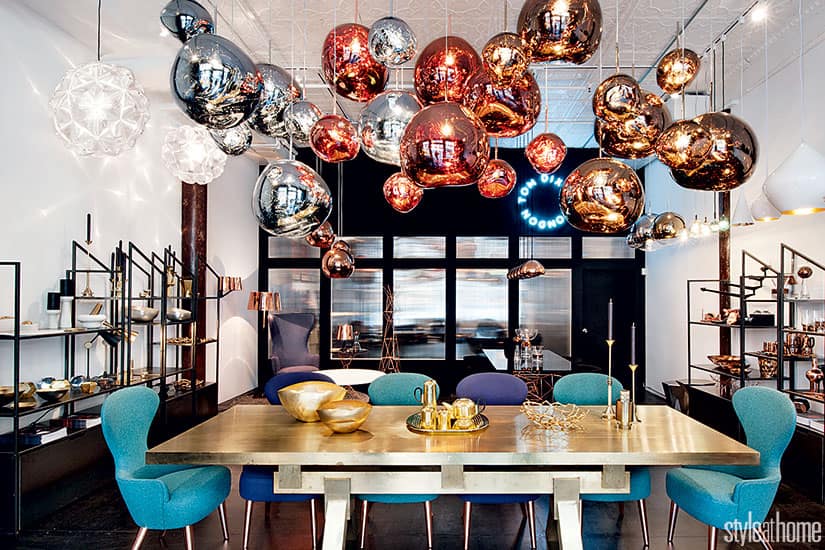 Post Cappellini, Dixon worked in several more esteemed positions before starting his eponymous company in 2002. Now among the most respected talents in the field, Dixon’s designs can be found anywhere from residential homes (his products are coveted by decor enthusiasts) and hotels (his design of London’s Mondrian Hotel is absolutely decadent) to commercial buildings (like McCann Erickson’s headquarters), retail brands (check out his 2013 capsule collection for Adidas) and museums (his exhibit at the Victoria and Albert Museum in London sits alongside those of Frank Lloyd Wright and the Eameses ). To say he’s reached icon status is an understatement, but surprisingly Dixon doesn’t agree: “I’m in a perpetual state of dissatisfaction with everything I’ve done – but luckily I’m looking forward to what’s next,” he says. “I can’t look at anything I’ve designed without thinking, ‘I should have done that differently.’” 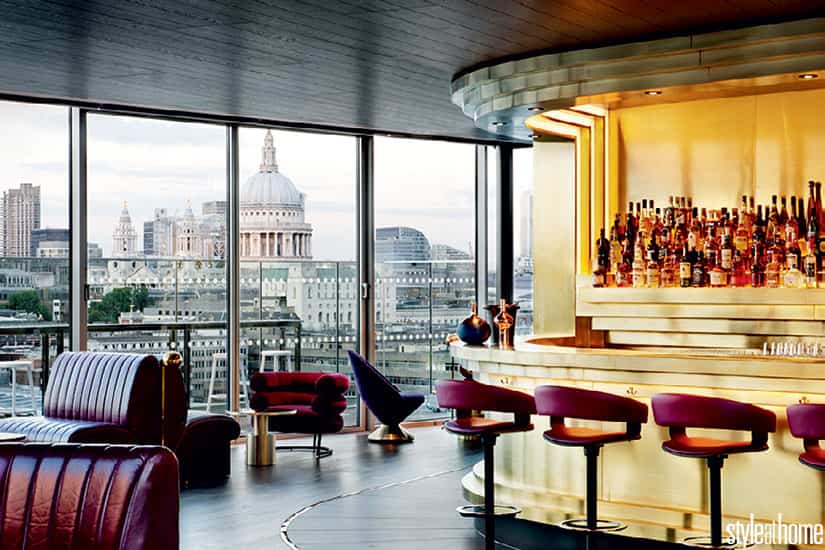 Another arm of Dixon’s company, Design Research Studio, takes on stunning commercial interior work like the luxurious Mondrian Hotel in London, which opened in 2014. 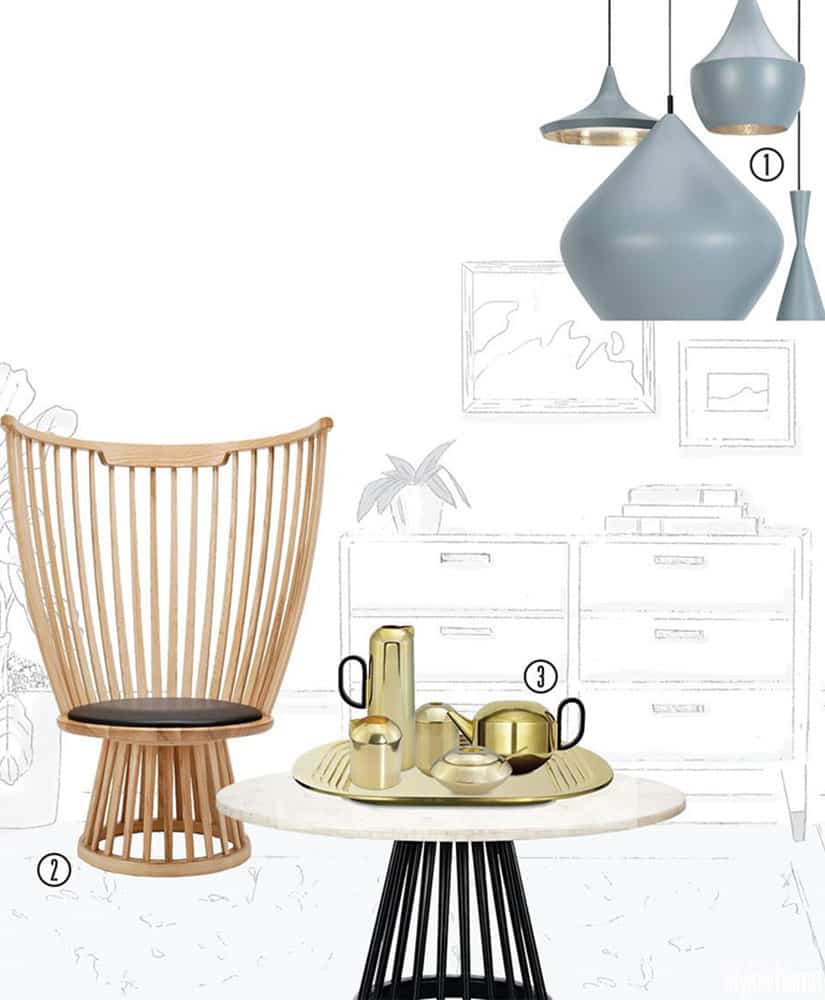 1. Beat Pendants
A smooth metal exterior meets a hand-hammered metal interior, showing two applications of Dixon’s beloved material in one piece. Inspired by traditional Indian water vessels and made in the same country, the Beat pendant light makes a statement whether on its own or hung in a group.

2. Fan Chair
With its tall, stately spindled back, the bentwood Fan chair plays on a British icon: the Windsor chair. With a leather seat and cage-like base, the fabulous Fan is more than just a piece of furniture – it’s a work of art (especially when paired with the Fan coffee table).