A soothing palette gives this master bathroom its spa-like feel.

"Balance" was the operative word when Sophie Burke and Jennifer Millar created the master bathroom in this new-build Vancouver house. The homeowners wanted the space to emulate an airy retreat – something spa-like but not too fussy. So the designers injected the room with traditional character and contemporary clean lines – a timeless combination showcased throughout the home, which the duo designed as well. They also incorporated equal amounts of sleek and textural elements and functional and decorative features for an interesting yet well-balanced result. 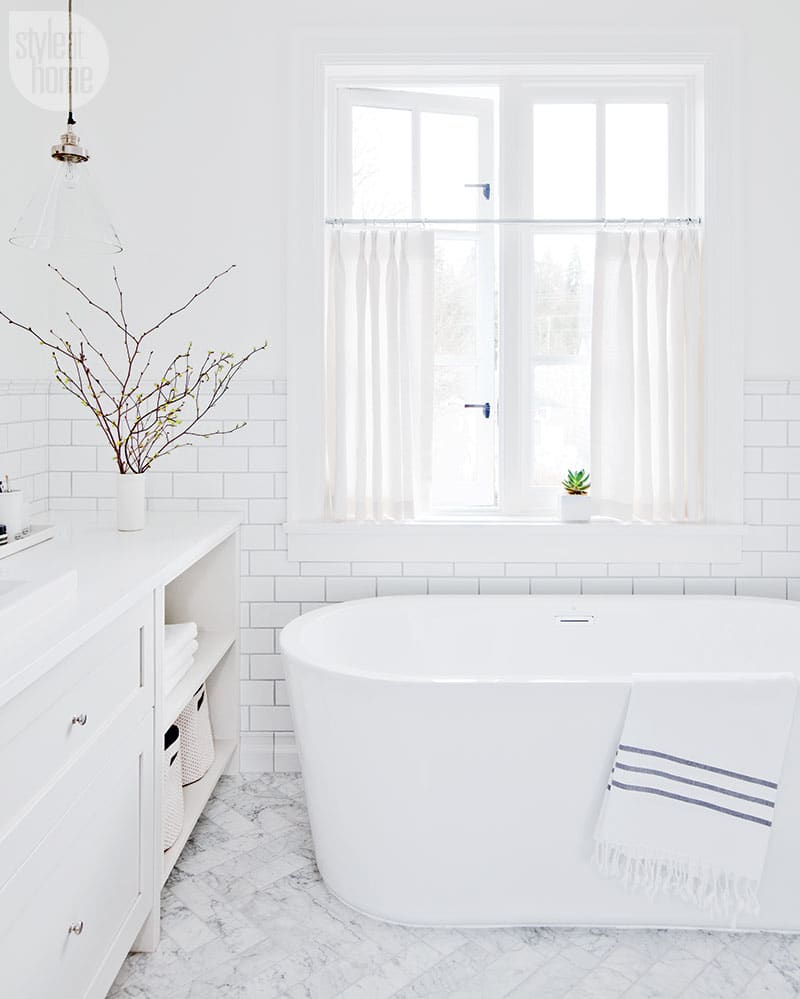 The free-standing bathtub is a sculptural, contemporary element. “It’s large enough to relax and bathe in, but it’s not so big that it overwhelms the space,” says one of the homeowners. The simple linen café curtains offer privacy while keeping the tops of the windows uncovered, allowing for pretty treetop views. 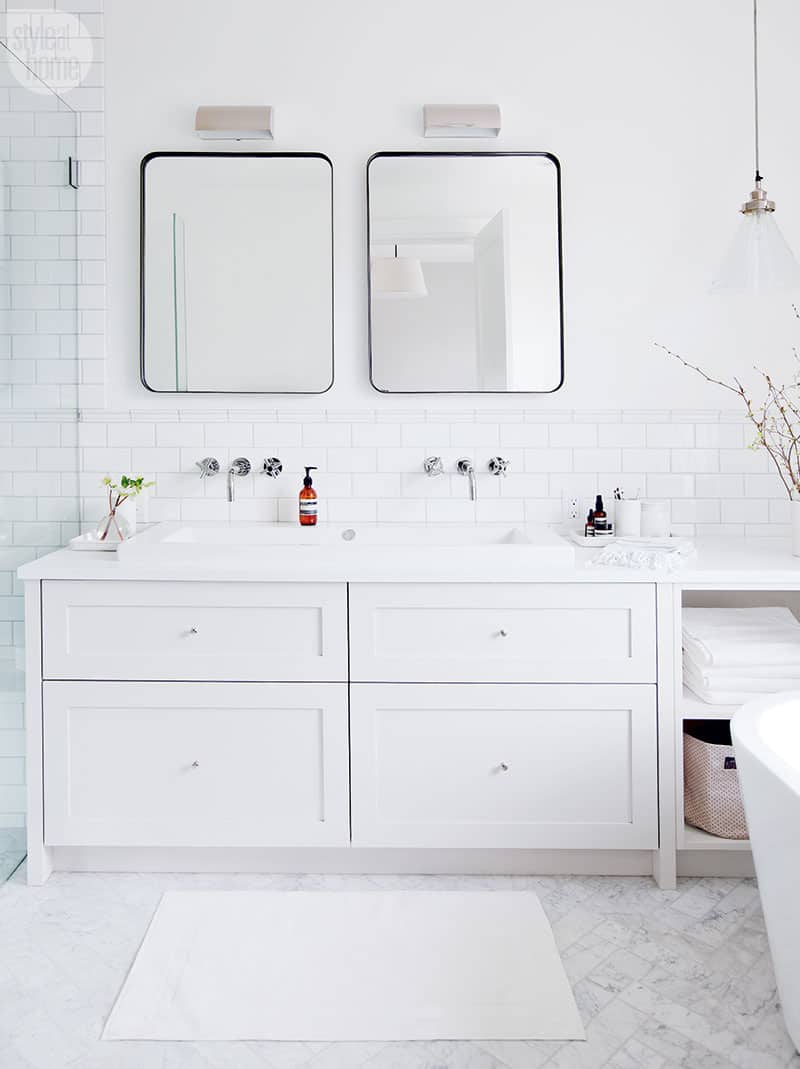 In lieu of the usual two sinks, designers Sophie Burke and Jennifer Millar used one oversized basin with two wall-mounted faucets. “The sink is shallow enough so that the top drawers of the vanity actually open,” says one of the homeowners. Wainscotting, created out of ceramic subway tiles that continue from the shower, offers texture and character. “We used dark grout and added a chair rail detail throughout, which contribute to the space’s vintage look.” 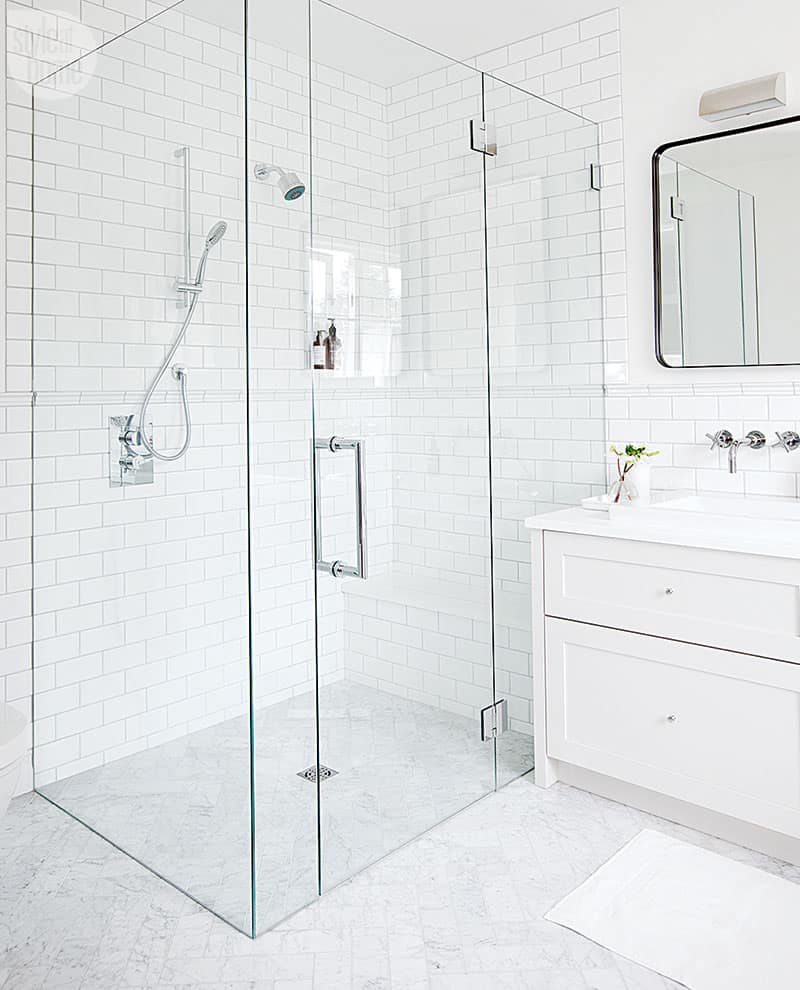 Forgoing a curb in the glass-enclosed shower, made possible by sloping the floor toward the drain, creates a streamlined feel. “We were able to do that because the house is a new construction,” says Sophie. This application also lets the herringbone marble-tiled floor run right through without being interrupted. “It’s a really nice detail,” she adds.