How a Montreal-based couple slowly turned an old house in the country into a calming retreat for their family of four.

In the midst of a busy career as a photographer of people and places, Montreal-based Monic Richard realized she and her family (her partner, Gilles DuSablon, and their kids, Charlotte, 21, and William, 17) needed a getaway, a place where they could soak up the restorative atmosphere of the countryside. They found the perfect spot just an hour’s drive from the city, in the town of Sutton, Que., surrounded by the verdant landscape of the Eastern Townships.

The couple quickly fell in love with the cottage (one of the oldest in Sutton) set on nine acres of land. Erected in 1828 of square-cut hemlock logs with a clapboard addition built in 1852, it had been carefully renovated in the ’70s using quality materials but remained a warren of small rooms. Monic and Gilles purchased the house in 1994, and have been slowly updating it, and the property, to suit the needs of their family ever since.

On the main floor, they expanded the kitchen into a room that had previously been a bedroom and removed the wall between the living and dining rooms. “We wanted to open up space and create a bigger kitchen,” Monic says. “Now it looks like a loft.”

Upstairs, keeping the size of the bedrooms intact, they remodelled the bathroom. In the master bedroom, they added a clawfoot tub, which was a source of great delight for the kids when they were small. Nevertheless, except for a window expansion in Charlotte’s bedroom and the addition of a sweeping cedar-framed screened-in porch, the house remains mostly the same as when it was purchased.

It is a place of play and relaxation and offers a chance to do rewarding physical work on the land. The minor changes have come slowly, with much thought and planning. “We have a pool and a pool house now, and we added a kitchen garden,” says Monic. They also built a guest house, using wood from an old barn that was demolished nearby.

The family is by the water all summer and on the ski hills in the winter. But Monic loves the property best in the fall, when her brood harvests pumpkins and squash enveloped by the fiery tones of the surrounding trees. “We celebrate Thanksgiving here. In fact, we celebrate most holidays at our country house,” says Monic. “We’re here more than we are in Montreal.” 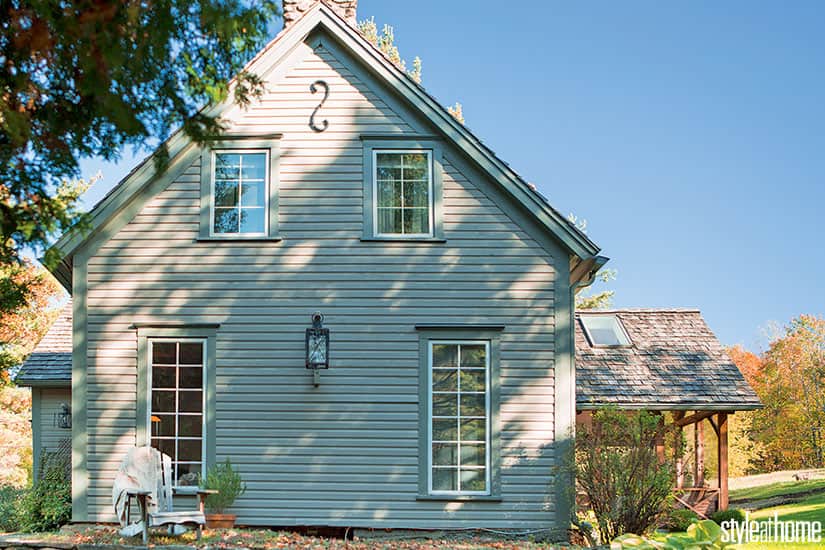 The clapboard exterior of the home’s 1852 addition was painted greyish khaki with darker trim. 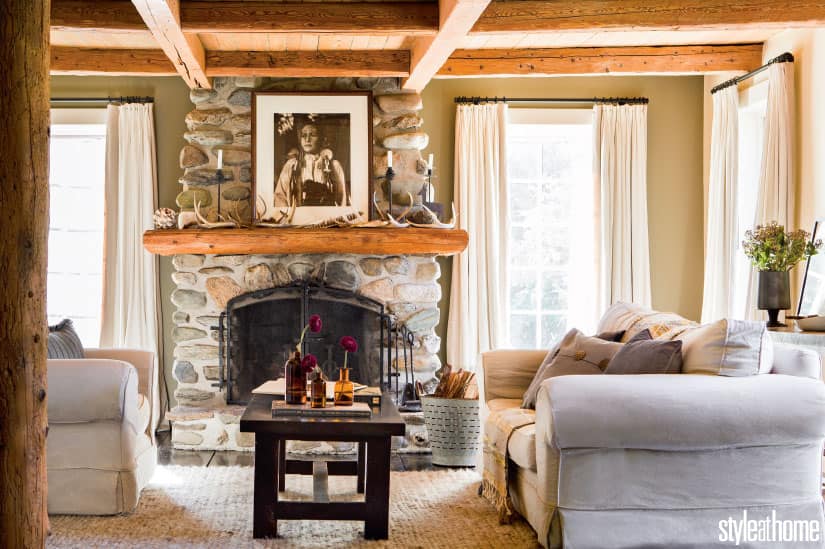 The original wooden ceiling features hemlock beams, which also make up the mantel on the fieldstone fireplace. Monic purchased the large black and white portrait photograph while working in New Mexico. 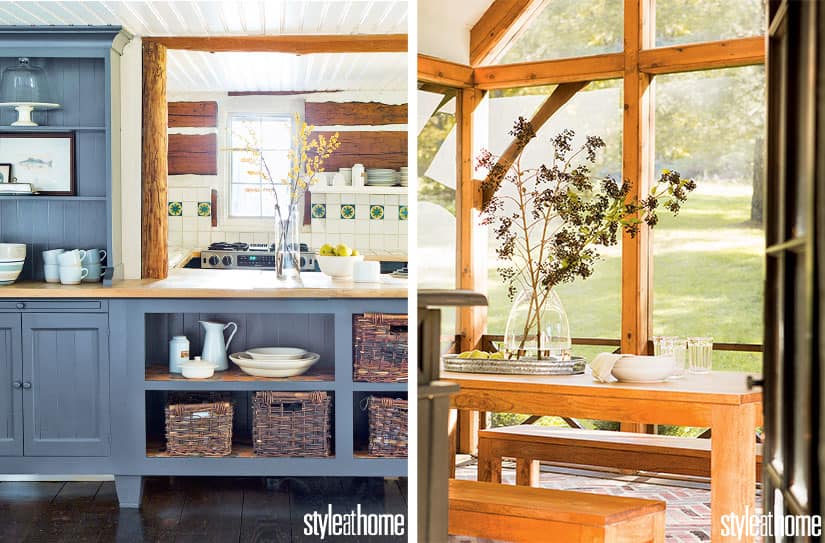 Sun streams into the post-and-beam screened-in porch, which Monic uses as a kitchen in the summer. Natural tabletop adornments suit the home’s casual country aesthetic. 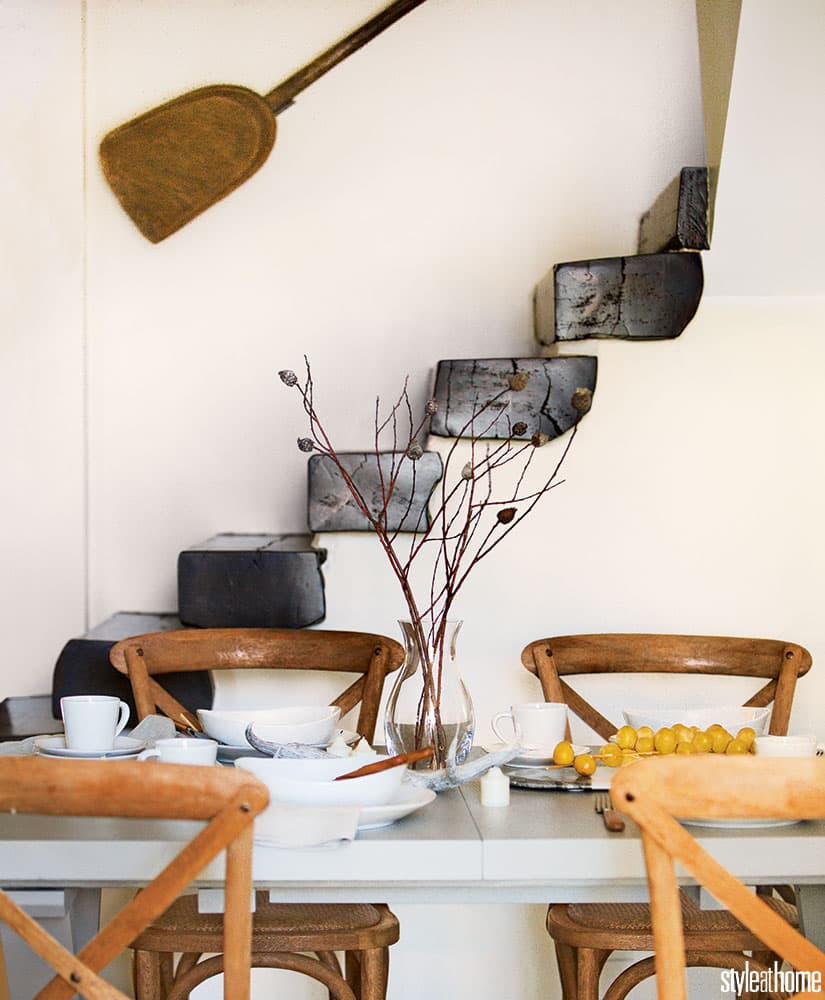 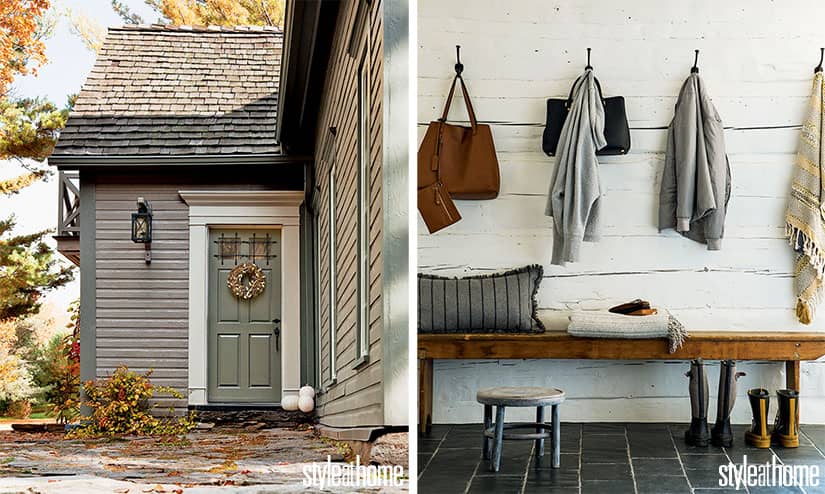 In the entryway, durable handmade slate tiles provide the backdrop to an antique pine bench and an old milking stool found at the house. 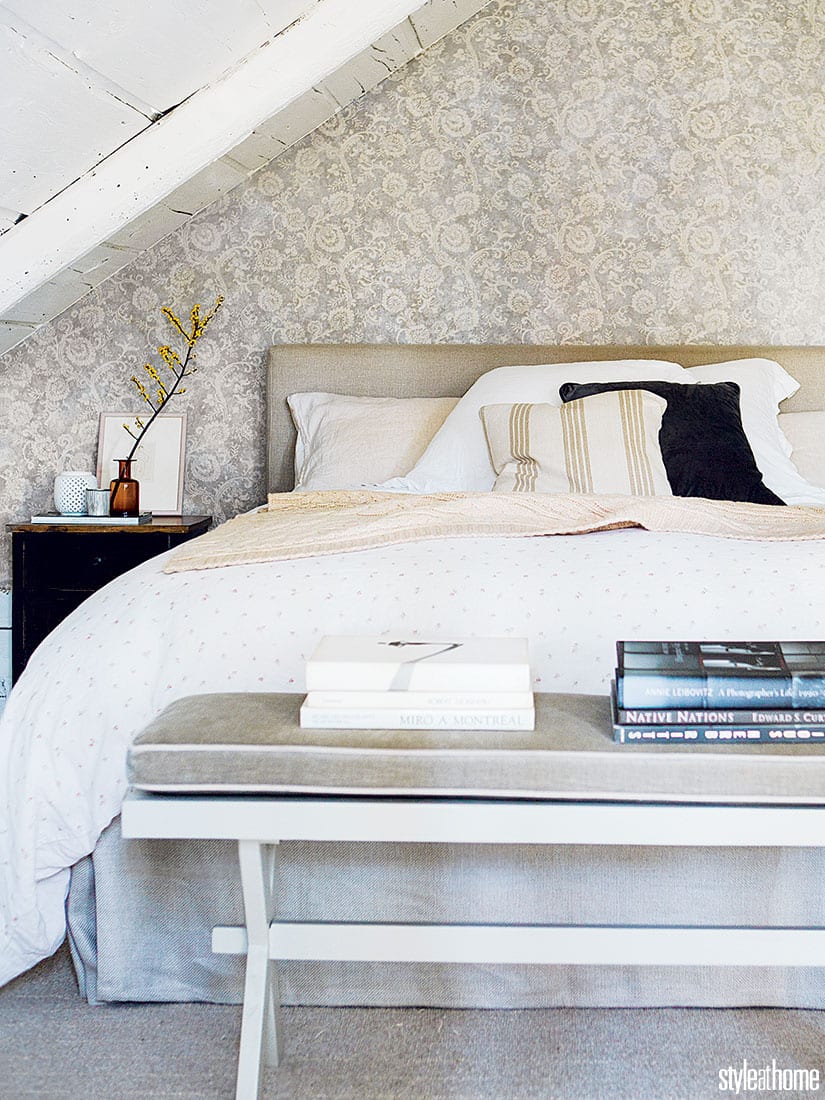 The wallpaper in the master bedroom has a subtle grey and white pattern over-painted in white. 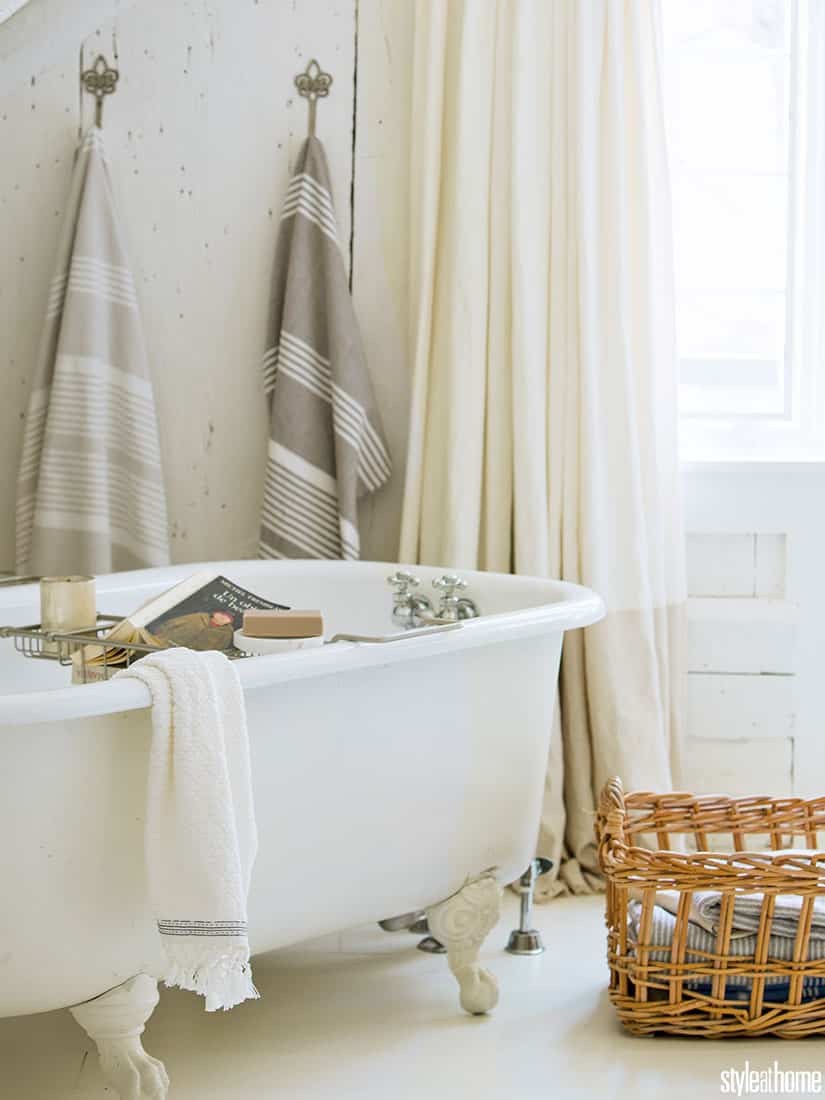 A refurbished clawfoot tub sits in a light-filled corner of the master bedroom.

A woodsy country home with pops of organic green hues

An equestrian homeowner lets a trusted designer take the reins in appointing her weekend home, and the result is a blue ribbon-worthy best in show.

A cozy family getaway nestled in the Quebec countryside