Fresh, modern and fun, a revamped heritage home is the perfect place for one Montreal family.

A house goes for sale next to your parents’ place, and you’re in the market. Do you strike it from your list or go for it? For one Montreal homeowner, the occasion presented a wonderful opportunity. Buying this Outremont-neighbourhood 1920s semi meant that her two teenaged daughters, who were already super close to their grandparents, could enjoy extra bonding time. Plus, she knew the renovation potential from her parents’ replica next door.

The 2,500-square-foot four-bedroom house had belonged to the seller for 35 years, so it had all the trappings of time: The main floor was a drab maze of mini-rooms with dated drapery and wallpaper that looked exhumed from Miss Havisham’s parlour. Such stuffy spaces wouldn’t do for this cool, cultured homeowner, who works in entertainment and likes to host swanky parties at home.

So Zig & Zag Design’s Sylvie Masse, who has a penchant for designing high-functioning, streamlined spaces, was enlisted to update the house. “I like a clean palette of whites and greys and use natural materials like wood and marble,” says Sylvie. “Neutral shades translate to less visual fatigue. I prefer to punch things up with artwork and accessories.” But before decorating, Sylvie worked with an architect to address the main floor’s choppy layout. Walls were removed to make way for an open-concept design positioned around one central cube that houses previously missing essentials like a main-floor powder room and entryway closet. 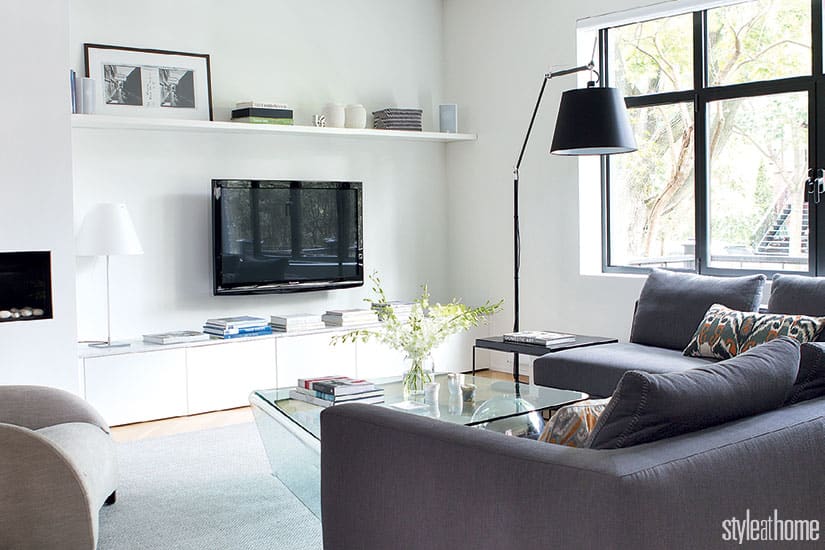 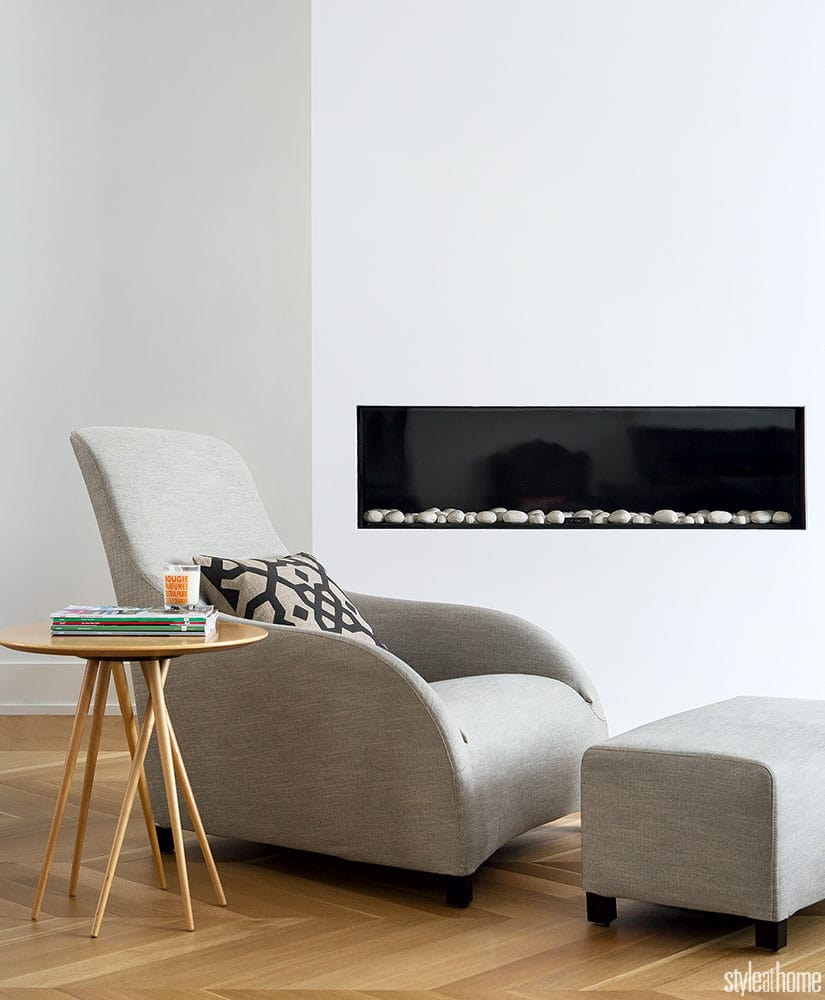 Like the rest of the living room, the fireplace is striking in its lack of embellishment. “I wanted the whole space to be sleek,” says designer Sylvie Masse. 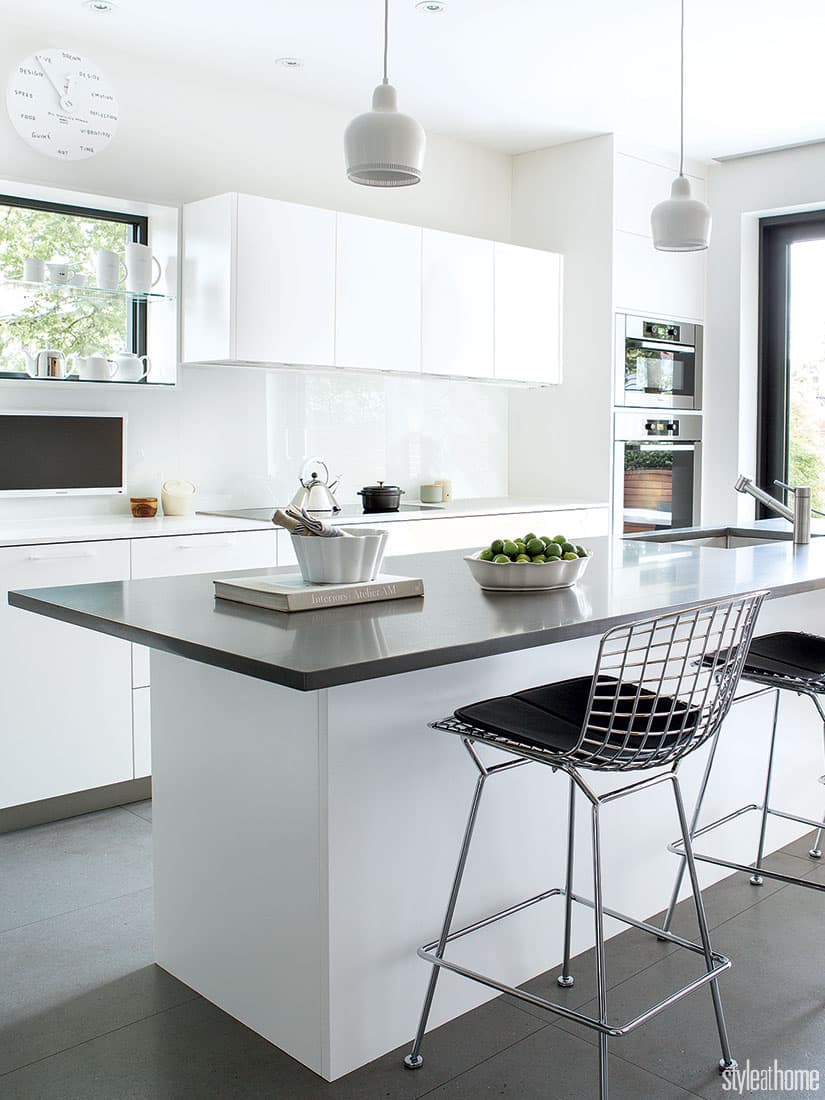 Sleek and modern as it may look, the kitchen is hard-working. Ample surface space makes prepping and cooking a cinch, and corralling clutter is easy thanks to the extra storage from the overhead and under-counter cabinetry. A TV integrated into the glass backsplash offers entertainment for cooks or those eating at the island. Visual interest is added through simple details like the pottery that appears to float on the ethereal glass shelving in front of the window in lieu of a blind. 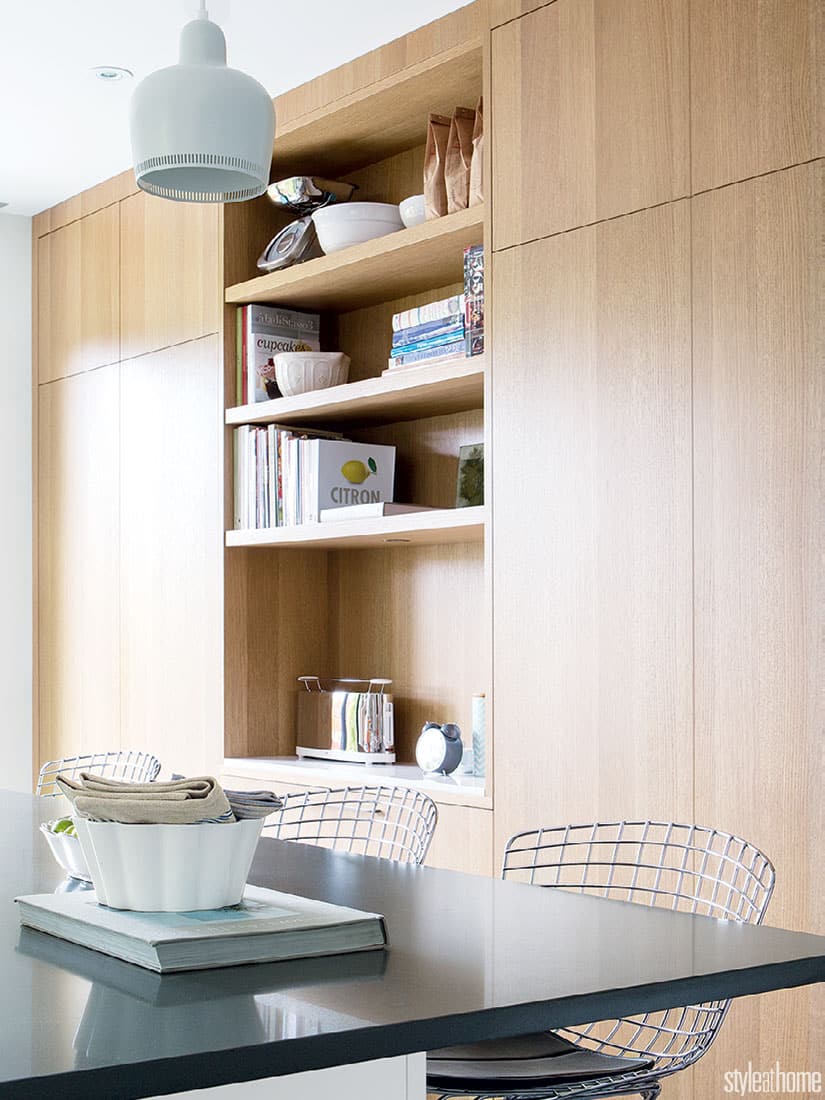 A catch-all for cookbooks and culinary miscellany, the built-in oak unit along the kitchen’s back wall offers lots of extra storage and adds warm texture to the otherwise stark and minimalistic room. 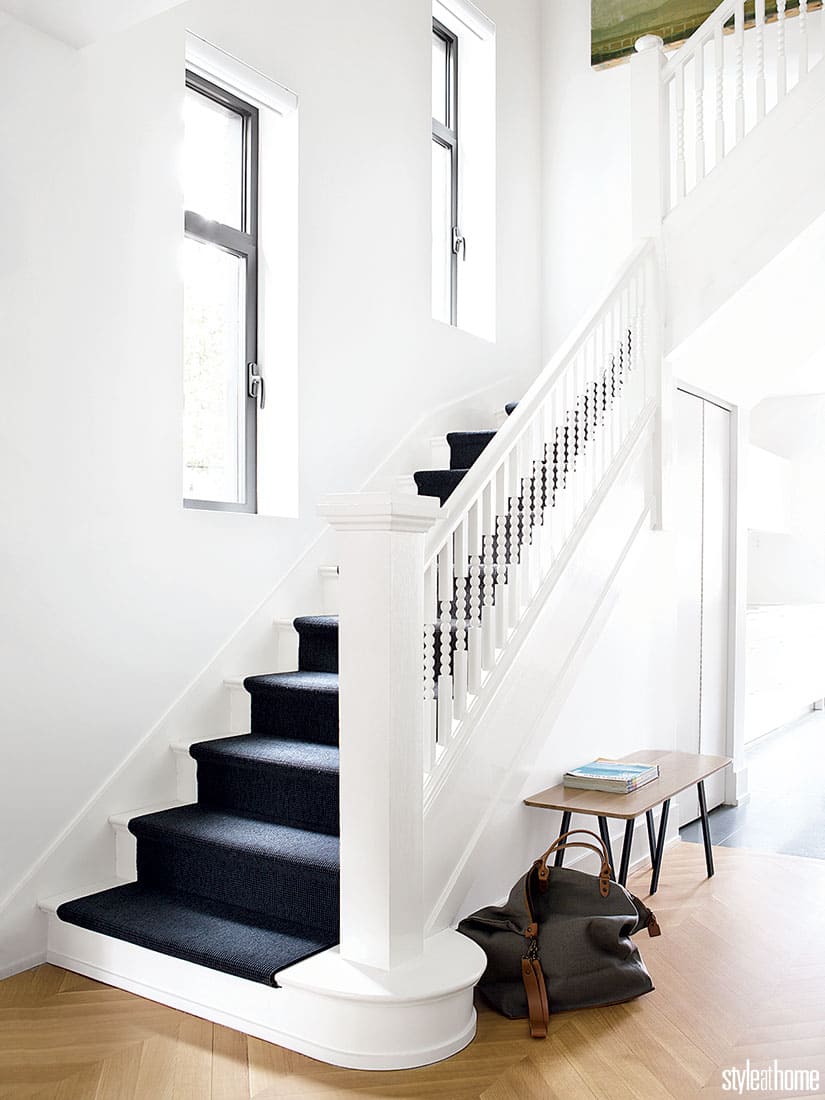 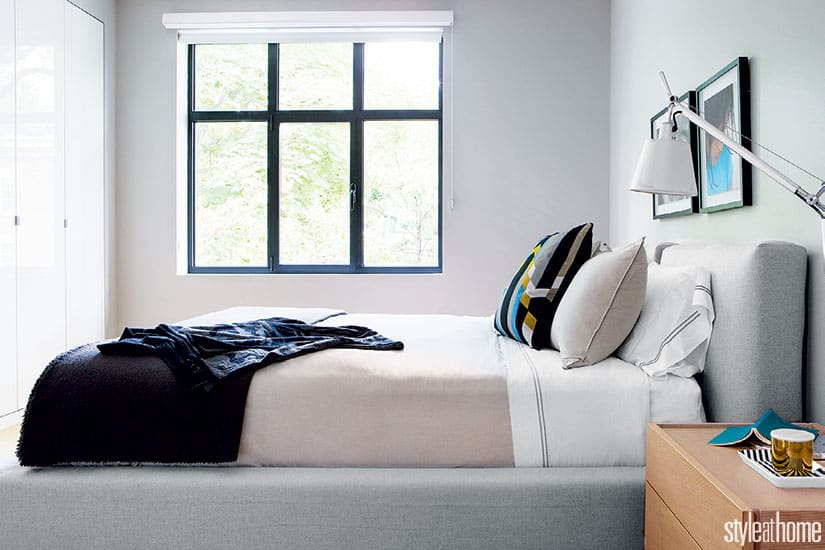 Modern classics reign in the master bedroom, from the Eames rocker to the plush low-profile bed frame. The clean-lined everything-in-its-place aesthetic took careful planning. By setting the wardrobe system within the wall and adding a lacquered MDF strip along the bottom, the contractor made the individual units appear built-in for a more refined look.

An outdated heritage home gets a sleek modern revamp