A Victorian home is lovingly renovated with a modern touch to bring back some of its old-world charm.

“I always measure the success of a room’s design by how the space feels when you’re in it,” says designer Viki Mansell. Take, for example, the kitchen design in this downtown Toronto home. Open, airy and overlooking a courtyard brimming with charm, the kitchen is the type of space you never want to leave.

That couldn’t necessarily be said for the 2,500-square-foot semi-detached Victorian when the designer, who also owns the antiques and furnishings stores Absolutely and Absolutely North in the city, was enlisted to renovate it a year-and-a-half ago. Stuck in the ’70s and stripped of all its original character, the house needed to be updated and reinjected with a turn-of-the-century sensibility. “This was not a restoration project. The idea was to reinstate something authentic to the period of the house,” says Viki.

An extensive six-month gut job included reconfiguring rooms, taking down walls and ripping out dated elements (like the dropped ceiling in the kitchen) to create more open-concept spaces and better flow. Installing architectural details, such as crown moulding, panelling, built-ins, windows, shutters and a fireplace mantel, resulted in a wonderfully traditional backdrop for Viki – unquestionably a master of the mix – to incorporate a chic, well-considered combination of new and old. “The aesthetic is traditional with a modern sensibility,” she says. “It’s elegant and bold with a certain feminine overlay.”

To create calming cohesion, Viki painted the envelope entirely in a classic warm white. Contrasting charcoal black elements, such as the kitchen’s double doors and bookshelves in the den, “keep it from floating away.” Other hits of colour, via items like the lime green chairs (upholstered in “indestructible” Sensuede) and the antique rug in the kitchen, lend more depth and interest. The outcome is a home that, using Viki’s formula, can be judged a resounding success. “It’s a simple, contemporary look, but still comfortable,” she says. 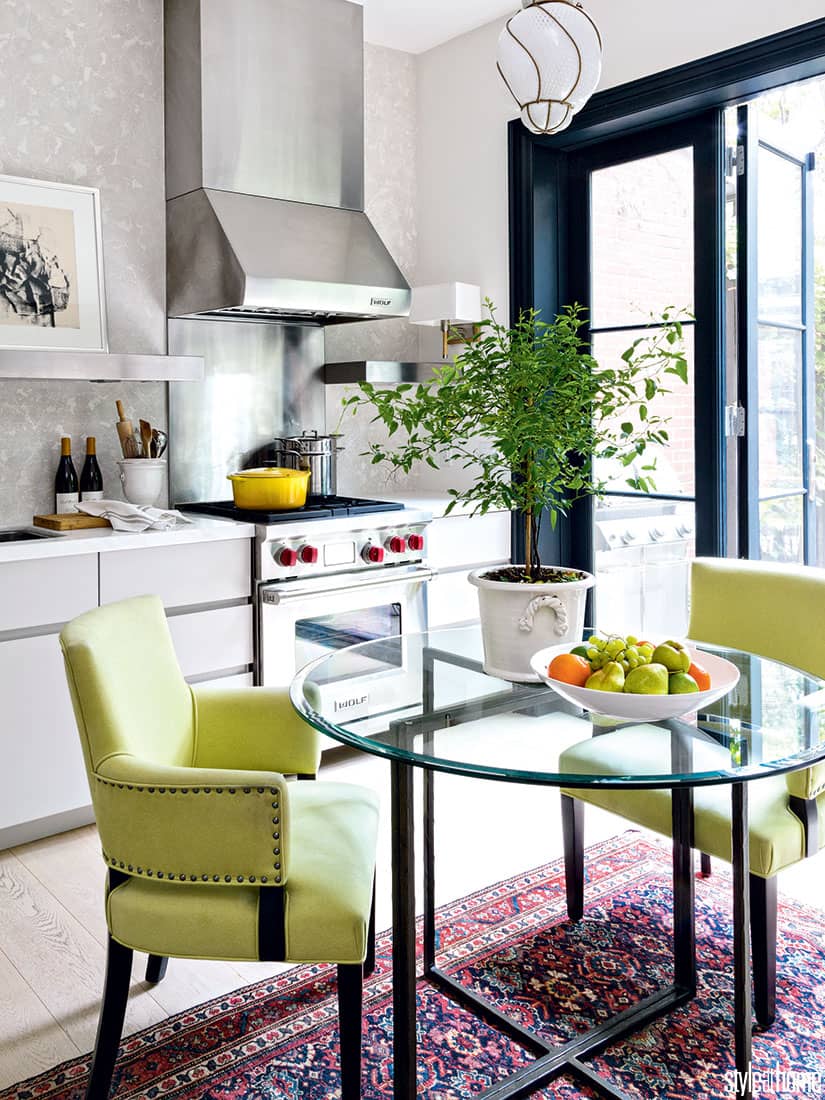 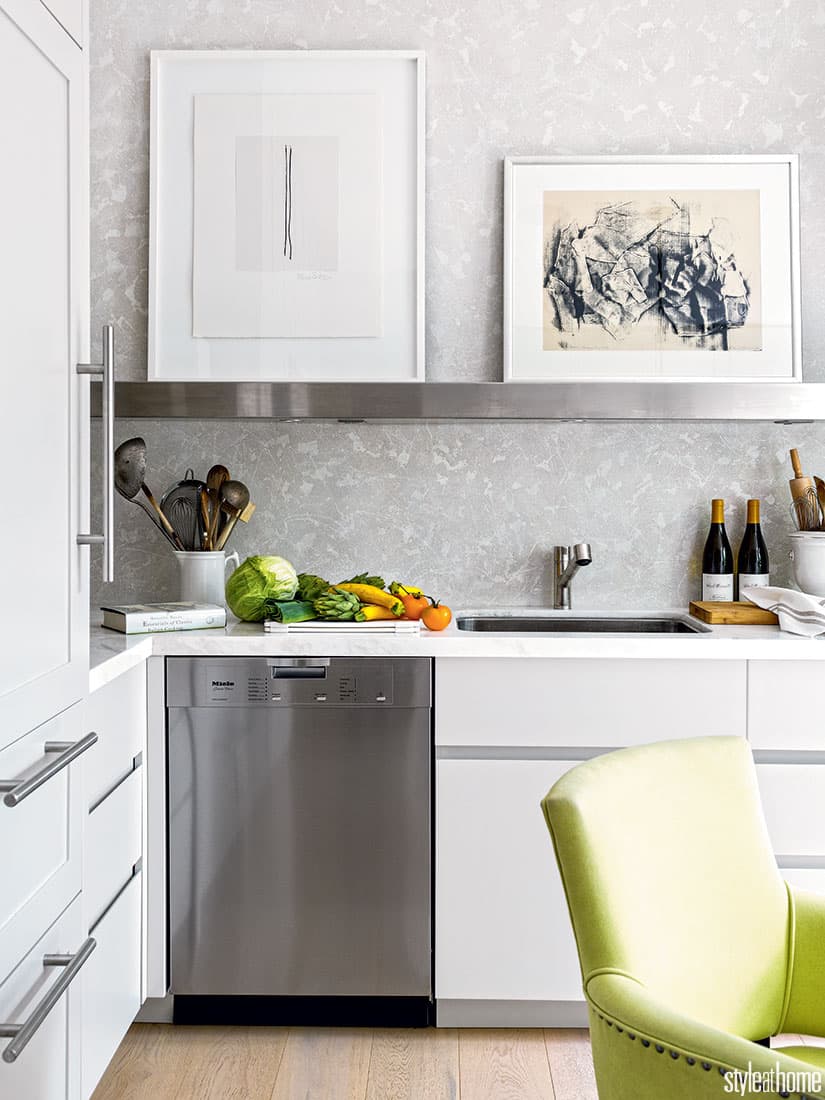 The kitchen's scratch-coat plaster wall — inspired by the finish of a distressed piece of metal — provides texture. The open stainless steel shelves are an unexpected spot to display art. "The concept for this was to create an art gallery feel," says designer Viki Mansell. 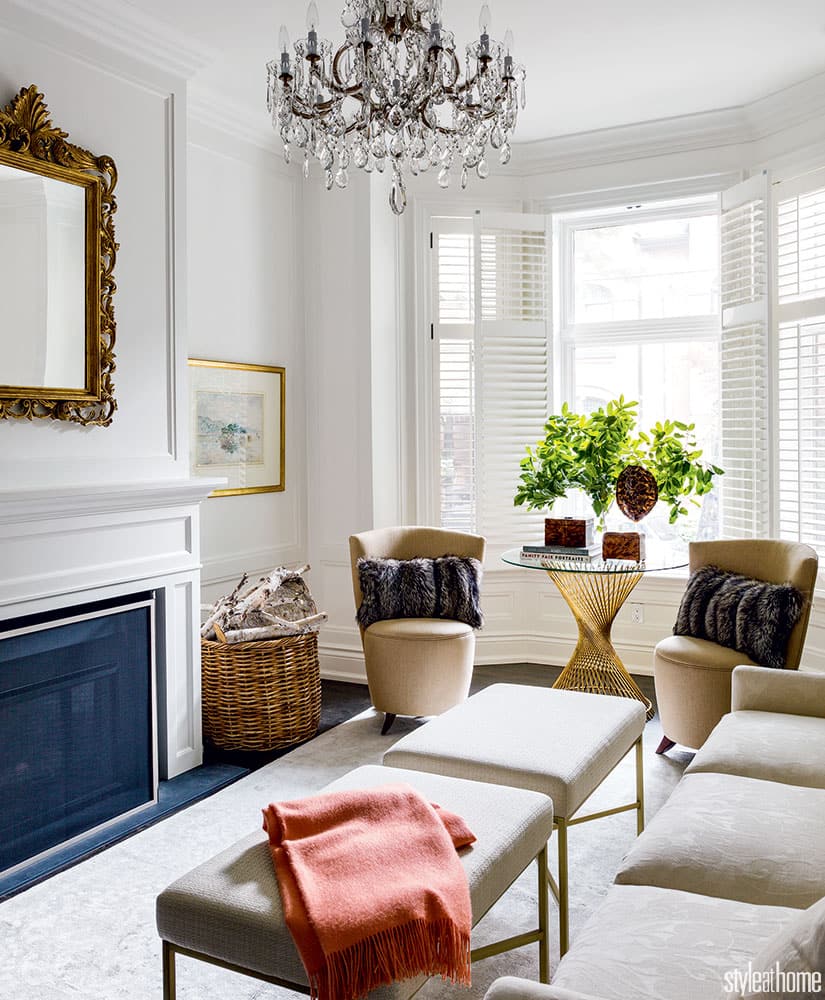 A light, neutral palette creates a serene look in the living room. Touches of gold enhance the space's sophisticated aesthetic. The fireplace was updated with a traditional-style mantel and a gas insert. 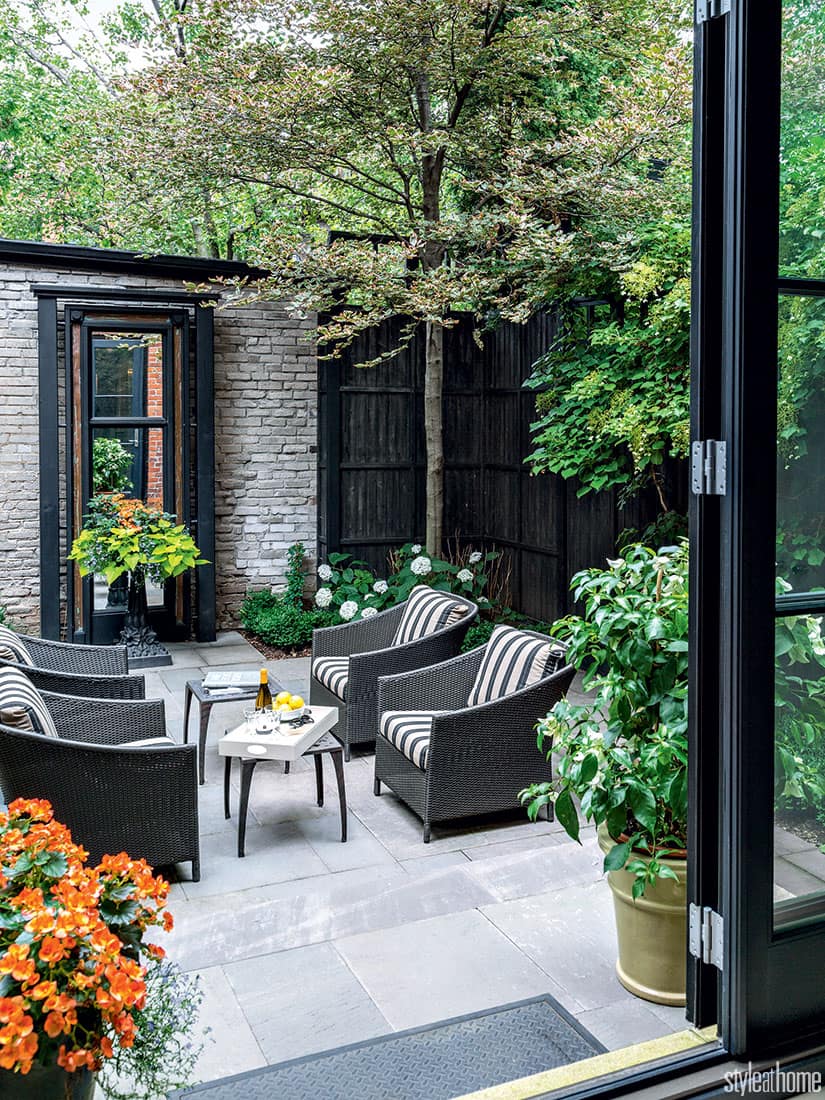 A wall of windows with double doors leads to the elegantly appointed courtyard, conceived by landscape designer Neil Attenborough. The line between indoors and out is further blurred by the garden's cozy furniture and mirror accent.