A lover of all things vintage creates a roomy kitchen with farmhouse flair.

Collecting vintage pieces is a passion for homeowner Christine Murphy. That’s why it’s no surprise that the Mississauga, Ont., abode she purchased 20 years ago is a designated heritage home. Built circa 1860, it had a feature commonly found in older houses: a disjointed layout reined in most of the house, including the kitchen. Seeking a functional spacious cooking and eating area for themselves and their two children, Christine and her husband, Steve, decided to relocate the kitchen to an area at the rear of the home.

Originally built as stables, the unheated zone needed some serious work, but also offered a blank slate for Christine to showcase her style. Keeping the home’s 19th-century provenance in mind, she used reclaimed wood flooring, added retro-look appliances and displayed cherished vintage and global finds. “We love the extra space this renovation has provided us,” says Christine. “And I’m so happy to have my collectibles in view.” Comfortable and casual, character-filled yet calm, the new kitchen proves that chic doesn’t have to be sleek. Here’s how she did it. 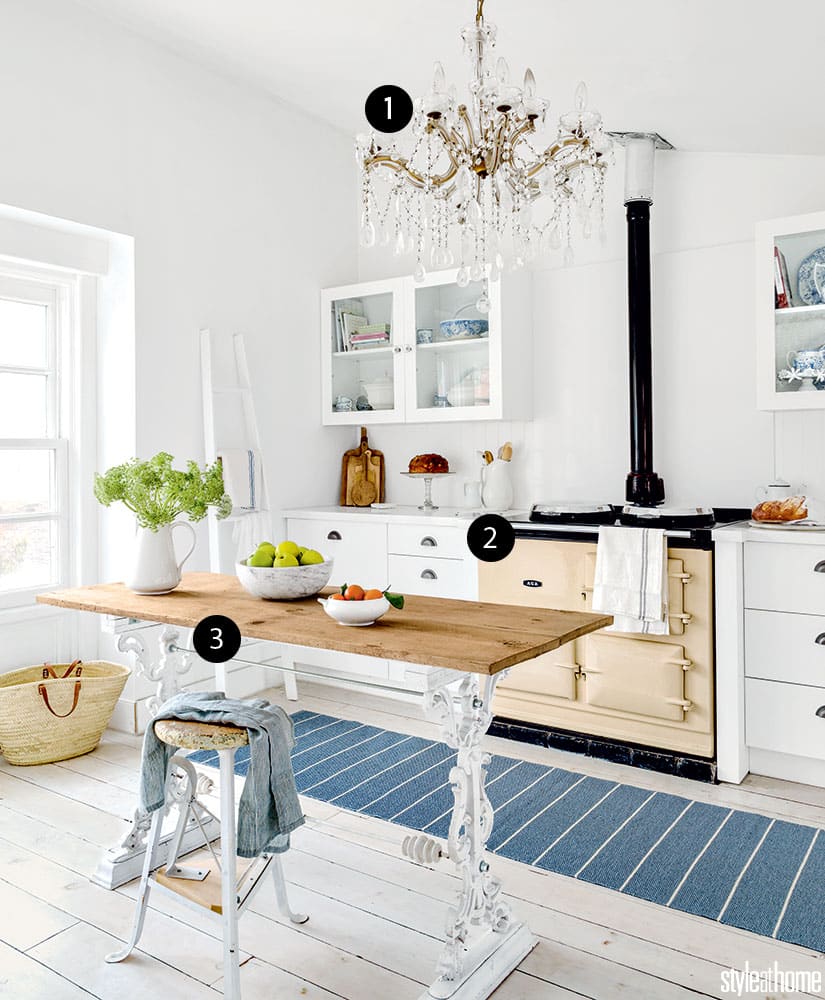 1 Big Believer
Christine thought the antique chandelier she found in Huntsville, Ont., would be too large for the space, but her love for the dazzling light fixture encouraged her to try it on for size. In the end, it was a fitting choice, and it now lends the room old-world elegance.

2 Toast Tradition
Christine, who is originally from England, has owned her AGA cast iron range for more than 19 years. She chose the classic Swedish cooker, a staple in many English houses, to heat the kitchen, to remind her of back home and because she insists it makes the best toast!

3 Perfect Pairing
The island’s cast iron base was an antiques market find, while its countertop is made of old barnboard that Steve refinished. 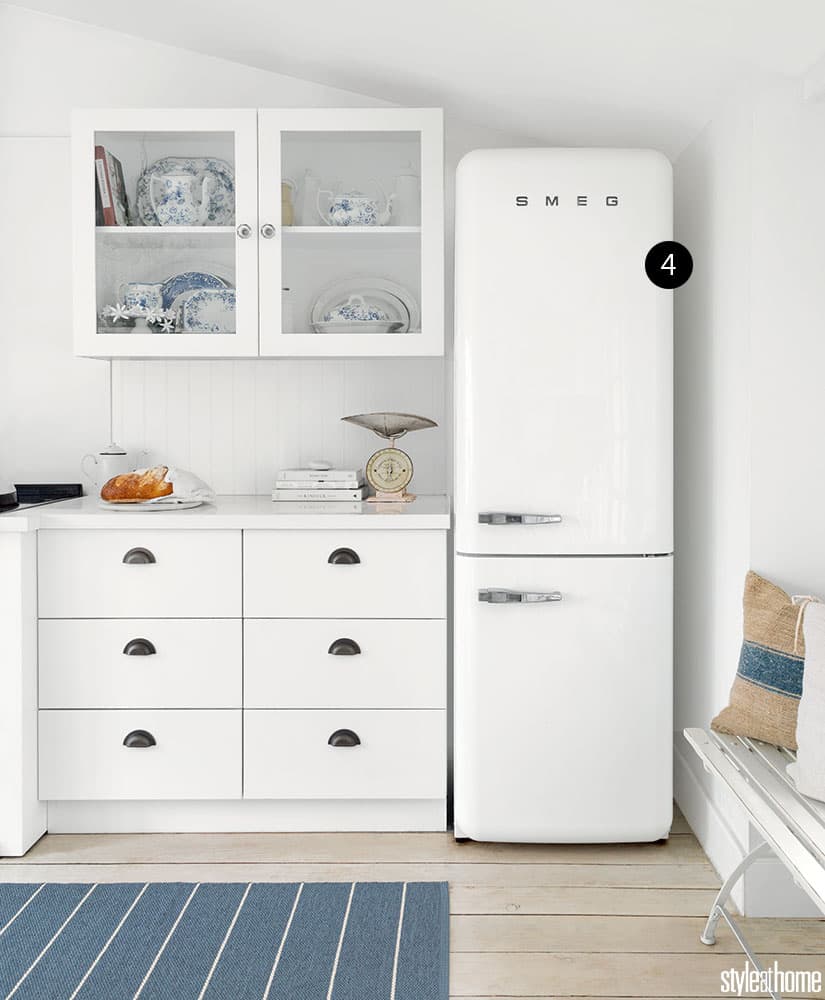 4 Retro Reminder
Christine wanted the appliances to be a part of the kitchen’s aesthetic, so instead of going for something sleek or modern, she bought this vintage-look European refrigerator. It’s more compact than the North American standard size and calls to mind the 1950s and ’60s. 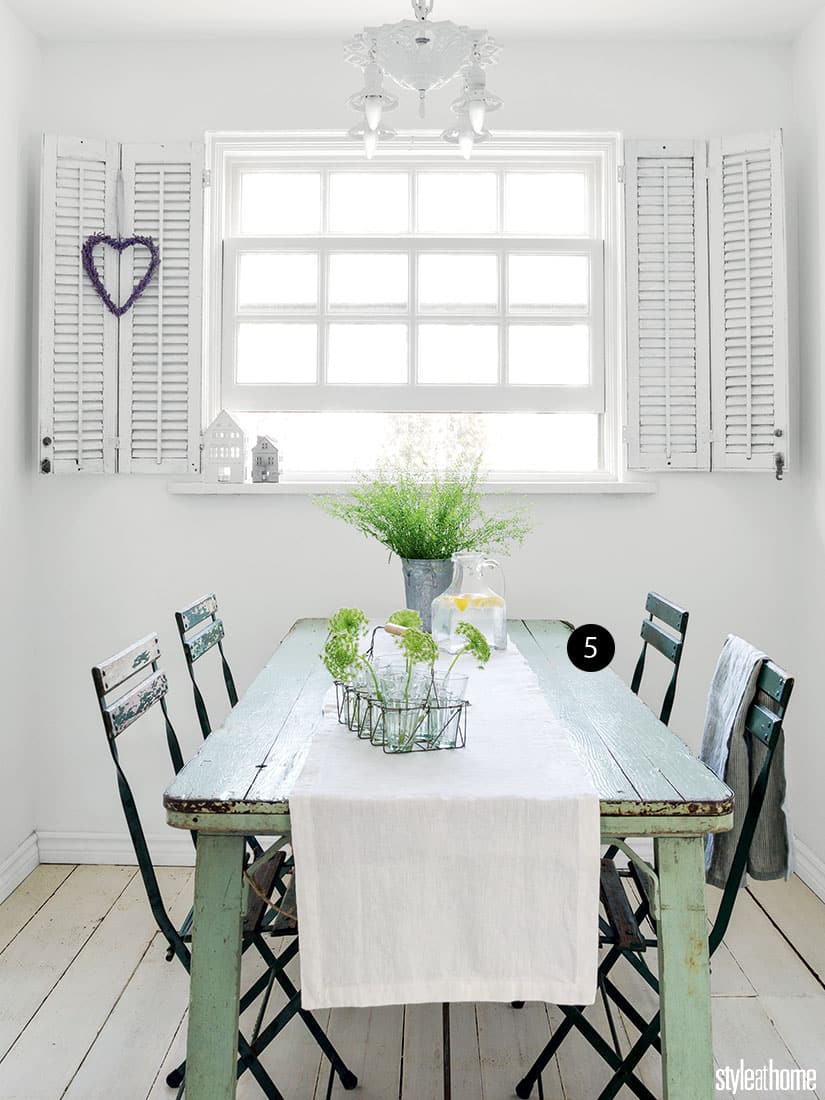 5 Wonderfully Weathered
In the 100-square-foot eat-in area, a mint green wooden table and a set of French bistro chairs have distressed finishes that add to the room’s rustic charm. 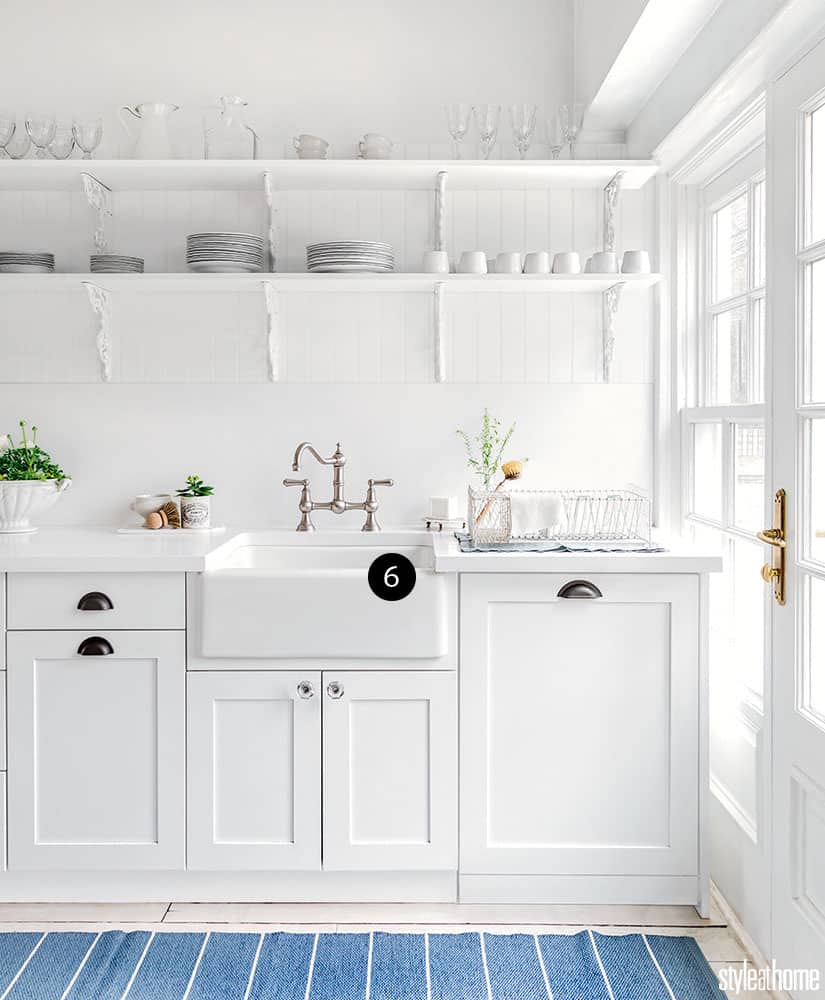 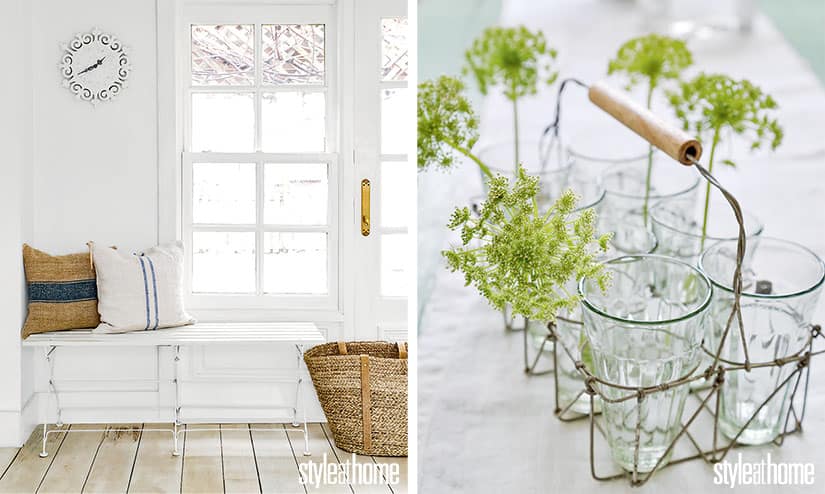 6 Farmhouse Fancy
An apron-front sink gives the kitchen the classic feel of a country home, while the faucet imbues the area with a slice of traditional British flair. The open shelving above, added for functionality, is used to store everyday dishes.

A New York heritage home gets a contemporary update

A 19th-century home on the Atlantic coast gets a modern update that honours its history.

A kitchen with old-world elegance in an 1860s heritage home