A confined and outdated kitchen is converted into a character-filled cooking space fit for a family of five.

Live in a house for more than a decade and you’ll grow close to all of its  idiosyncrasies – every cramped corner, every tarnished knob and every cleverly disguised wine stain. What’s harder to detect is its potential. For Christine and John Stergiu, who live in Whitby, Ont., with their three children (ages 14 to 20), it was designer and friend Orsi Panos who saw the promise in their 37-year-old home. “They were contemplating moving,” says Orsi. “So I went over there for a consultation and said, ‘You know what? I can make this the house of your dreams.’” Then in 2014 came the five-month two-level renovation, which involved gutting the narrow and outdated kitchen to make way for a functional open-concept cooking space. Here’s how they made it happen. 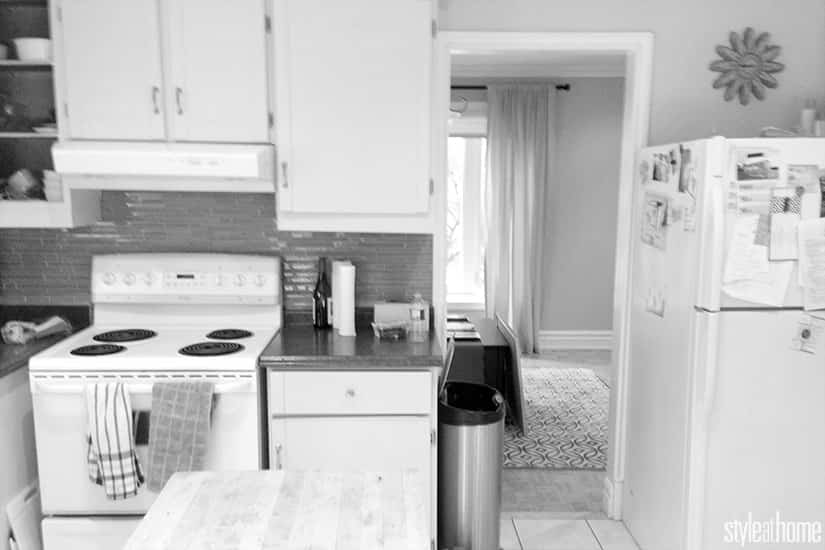 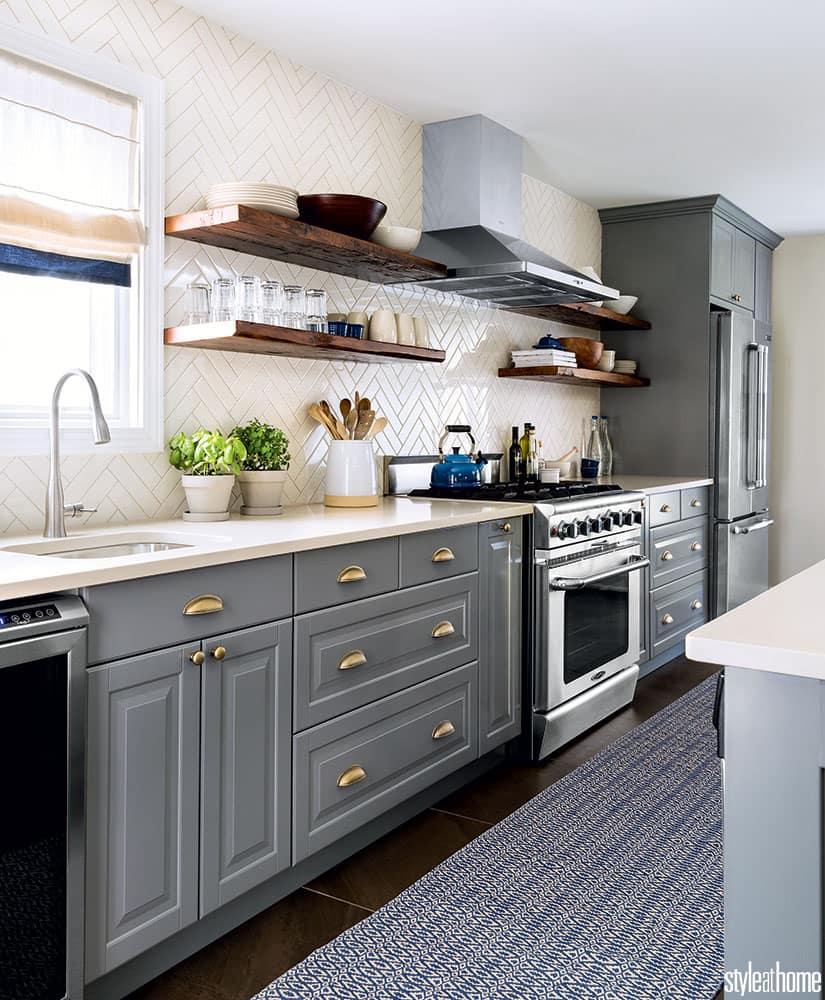 Then: The L-shaped kitchen lacked proper prep space and suffered from a drab palette.

Now: The kitchen’s linear layout boasts the classic work triangle thanks to the strategic placement of the sink, range and fridge, which helps maximize functionality. The main sink in the island is used for everything from rinsing vegetables to washing dishes, while the bar sink in the perimeter countertop comes in handy when there are multiple cooks. “It was important to create zones for them,” says Orsi. “Now everyone can make meals together in harmony.” The porcelain herringbone backsplash is another welcome addition that lends texture and youthful flair. 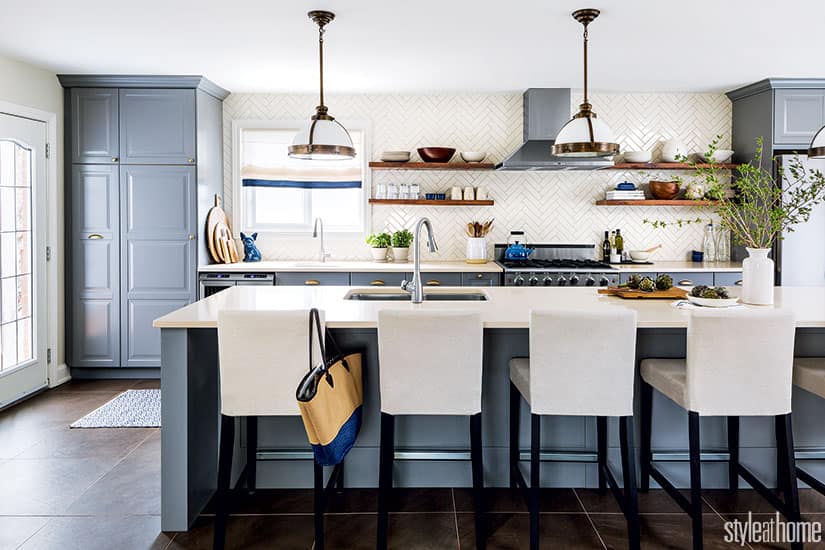 Then: The family prepared meals at a tiny butcher-block island.

Now: The hard-working quartz- topped island, which doubles as a dining space, has a microwave and bank of drawers tucked under- neath to enhance its ease of use. “We used to run downstairs to the storage room for extra pots and pans,” says homeowner Christine Stergiu. “Now we have everything at our fingertips.” The industrial- style pendant lights add old-world charm and keep sightlines clear. “I wanted the herringbone back- splash and rustic floating shelves to be the focal point of the kitchen,” says designer Orsi Panos. 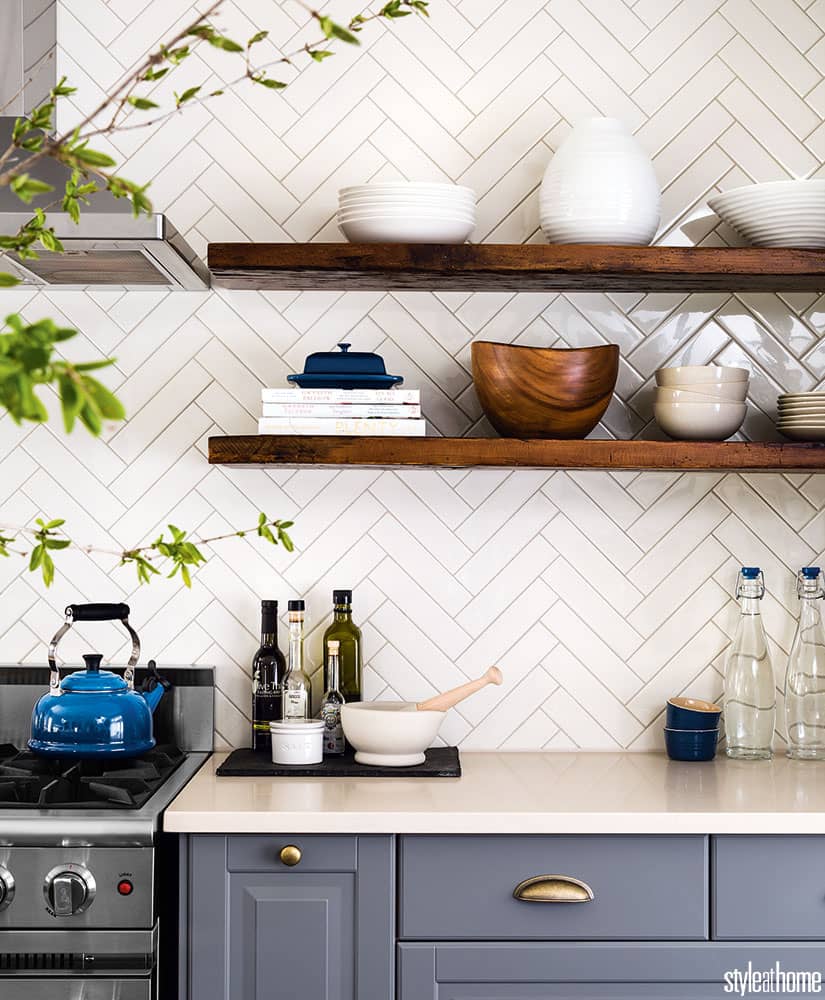 Then: The space was equipped with dated white appliances.

Now: In order for the kitchen to meet the family’s needs, high-end appliances were a necessity – especially for homeowner John Stergiu, who is considered the chef of the household. “We cook together five days a week and entertain at least twice a month,” says Christine. In addition to the space’s sleek stain- less steel refrigerator and six-burner gas range, the self-proclaimed foodies opted for a wine fridge, which stores everything from vintages to water bottles. “We’re constantly in the kitchen,” she says. “The room completely represents our lifestyle.” 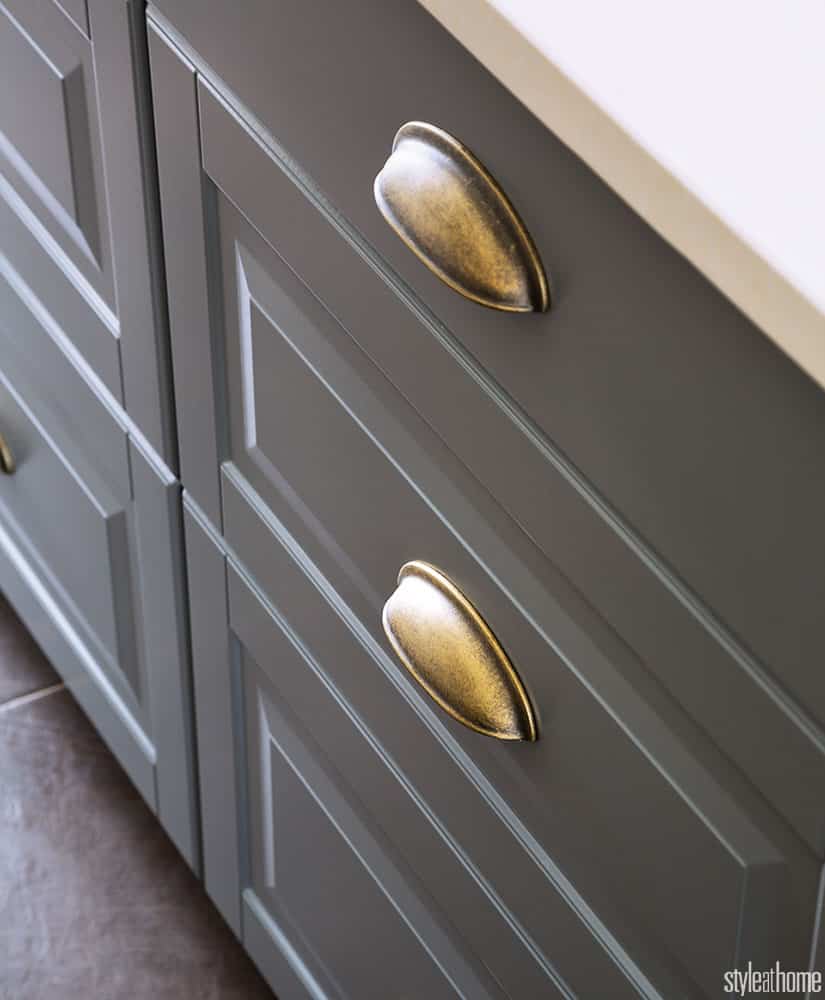 Now: A wall of cabinetry, including two pullout pantry units, offers ample storage. The recess-panelled cabinets, which were updated with brass hardware and crown moulding, masterfully mingle with the cream-toned quartz countertops and vintage-inspired accents throughout. “I wanted to create a space that looks like it’s been here forever,” says Orsi. It’s the reason she dismissed white cabinets in favour of grey and added country-style open shelves – a design choice inspired by the couple’s affection for Sonoma County in California. “The shelves represent that rustic winery feel,” she says. 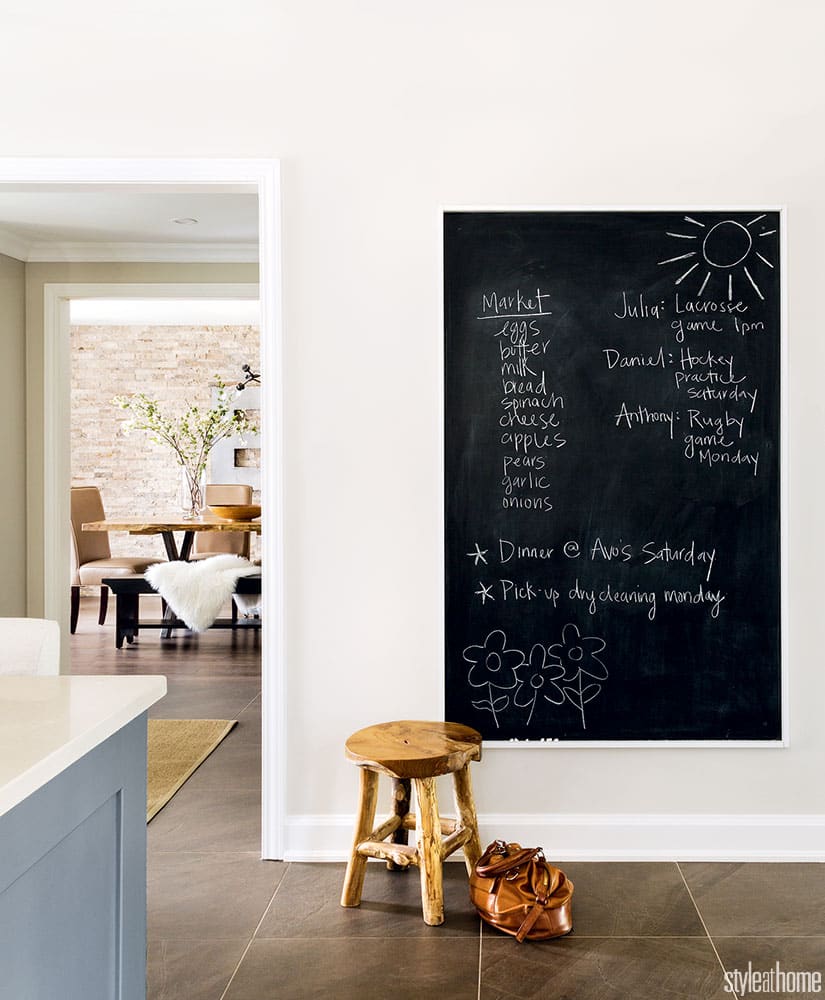 Then: The chopped-up kitchen floor plan had a small adjoining dining room.

Now: With its awkward angles and hard-to-reach cabinets, the original kitchen made meal prep a constant challenge. To remedy the flawed set-up, Orsi had the wall between the kitchen and adjacent dining room knocked down so the two areas could become one. “We ended up with a beautiful open space filled with natural light,” says Orsi, referring to the west-facing window that was once part of the dining room. After one kitchen entrance was closed off, the remaining doorway was expanded to create a more spacious feel and offer a view of the dreamy new dining room down the hall.

Narrow and outdated kitchen gets a sleek and spacious renovation