The result of this Vancouver condo renovation is a chic youthful calling card for a pair of designers.

When personal and professional worlds collide, the results are often special. Just as a top-notch doctor is often the picture of health or a devoted auto engineer is likely to drive a great car, a talented interior design insider should have an inspirational home. And in their striking 1,100-square-foot Vancouver condo, Vanessa Stark and Misha Olynyk – an interior designer and a furniture maker/mill worker, respectively – have indeed achieved a sort of design nirvana, creating a space that is unwaveringly them: effortlessly chic, contemporary and forward-thinking.

“We went to Emily Carr [University of Art + Design] together, so we’re both artists as well,” explains Vanessa, who later studied interior design at the British Columbia Institute of Technology and is now one half of North Vancouver-based Chambers & Stark Design Studio. “We tried to make the styling of this condo unique to us,” says Vanessa. “We travel a lot and wanted to show off the artwork, trinkets and furniture we’ve collected. So we went for a gallery-like space, with white walls and white floors.”

Entertaining was also a key consideration in purchasing and renovating this condo in 2014. “It’s slightly larger than most apartments, and we had the ability to make this big living-dining room by taking out one bedroom,” says Vanessa. “We’re not homebodies, but we love being at home and having people over.”

The pair undertook much of the year-long renovation themselves, slowly transforming the seven-year-old condo by opening up that tiny third bedroom and turning it into the dining room, replacing the kitchen, pulling updated carpeting, covering the walls and floors in pristine white, and installing several low-key built-ins. “We brought in a few trades, but Misha did the majority of the work,” Vanessa says. It was much like what he does through his company, Olynyk Design Fabrication.

Living through a renovation is notoriously challenging, so also designing and building it yourself takes next-level commitment. “It was an adventure!” Vanessa says with a laugh. “At one point, we were sleeping in the dining room, and then in the office. There were moments when it was a bit tense, but there were also hysterical moments. And because we both know the process, we knew we would eventually get there.”

The finished space is filled with family heirlooms and artwork. “A home isn’t going to feel like yours until you bring things you absolutely love into it – the sentimental pieces that tell stories,” says Vanessa. “When we were renovating, my grandparents gifted us items from their homes, which are really nice to have because they’ve since passed away.”

Four years later, the project still hums with passion, at least when you hear Vanessa speak of it. “It was a cool process; we were the client, the designer, the furniture maker – all those things together. Because we did it ourselves, the home really feels like us. Everything is personal, and we’re both so proud of the space.” There’s a passion, it seems, in defining one’s own style. 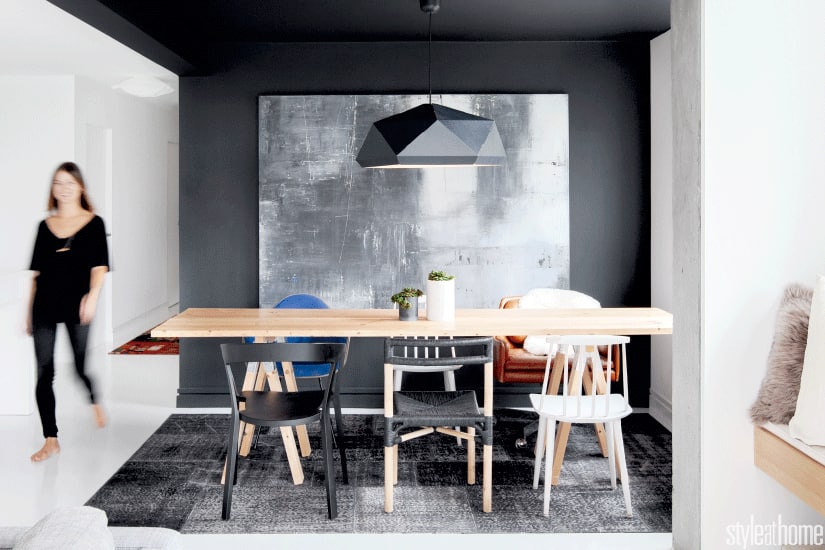 The dining area is tucked into a corner that used to be a third bedroom. Vanessa bumped up the intimacy by painting the ceiling and rear wall deep grey and adding a rug to mirror the ceiling. Her father-in-law, a glass artist and painter, created the large-scale artwork. 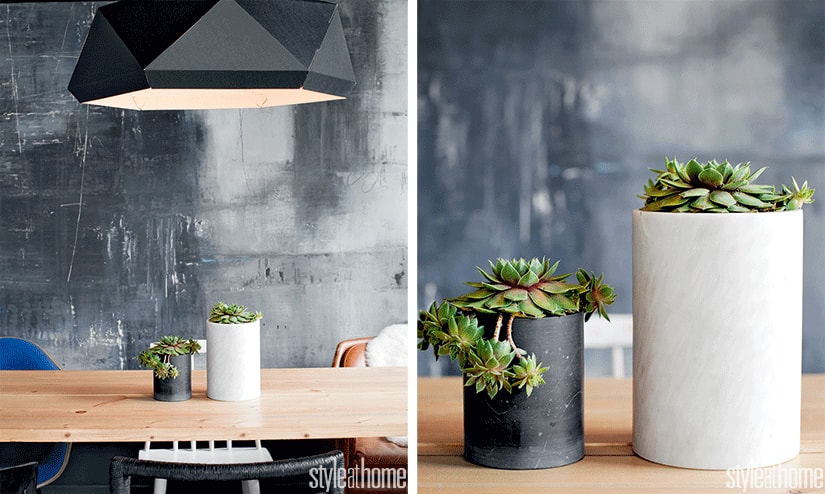 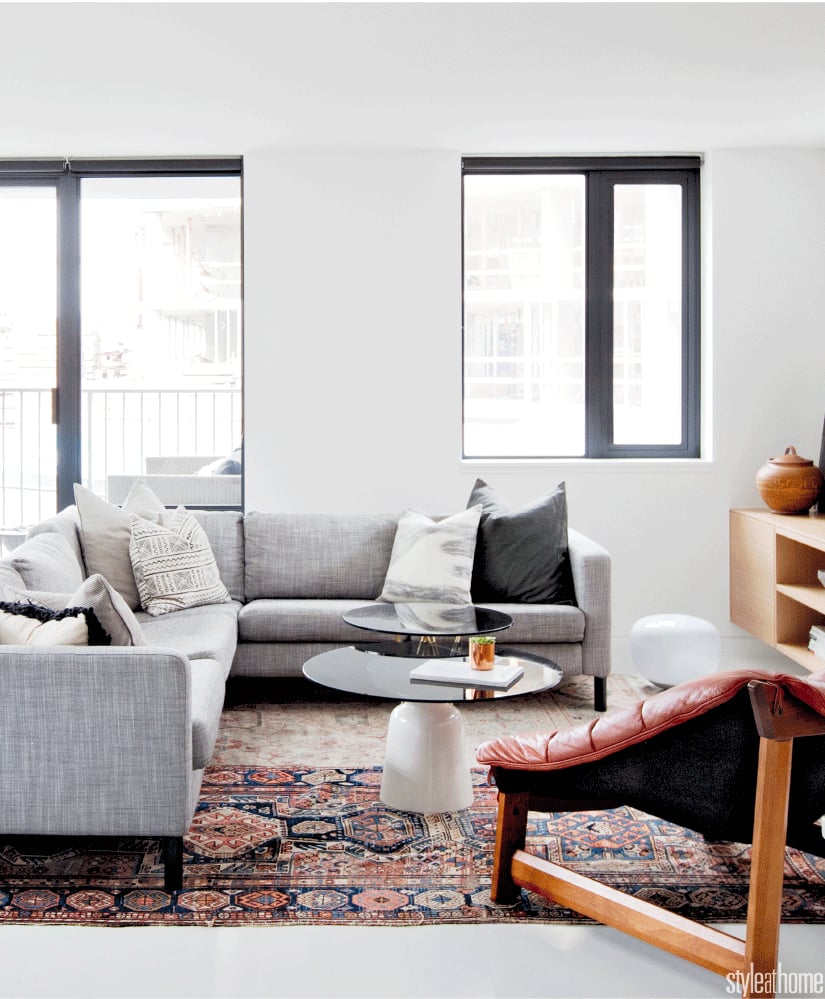 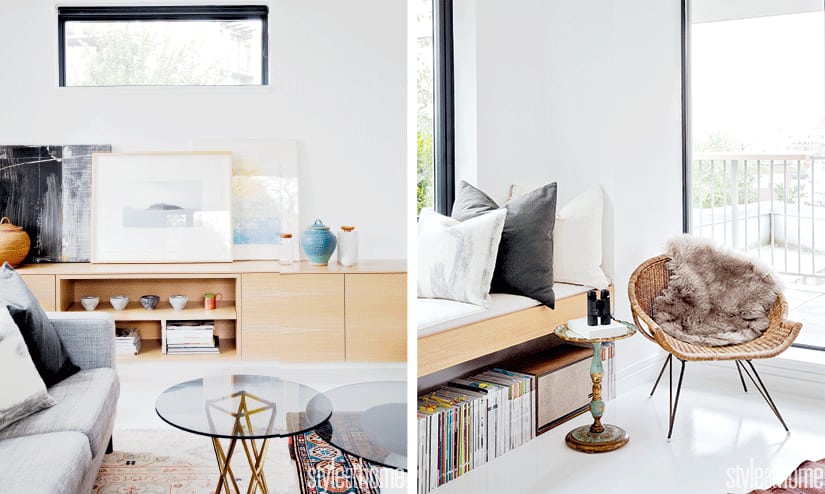 The long credenza provides essential storage in the living area, allowing the couple to keep the rest of the condo clutter-free. A single section of open shelving breaks up the expanse and offers more display space for their favourite pieces. Vanessa and her husband, Misha Olynyk, collaborated on the design for the built-in console and bench, which Misha crafted from white oak. 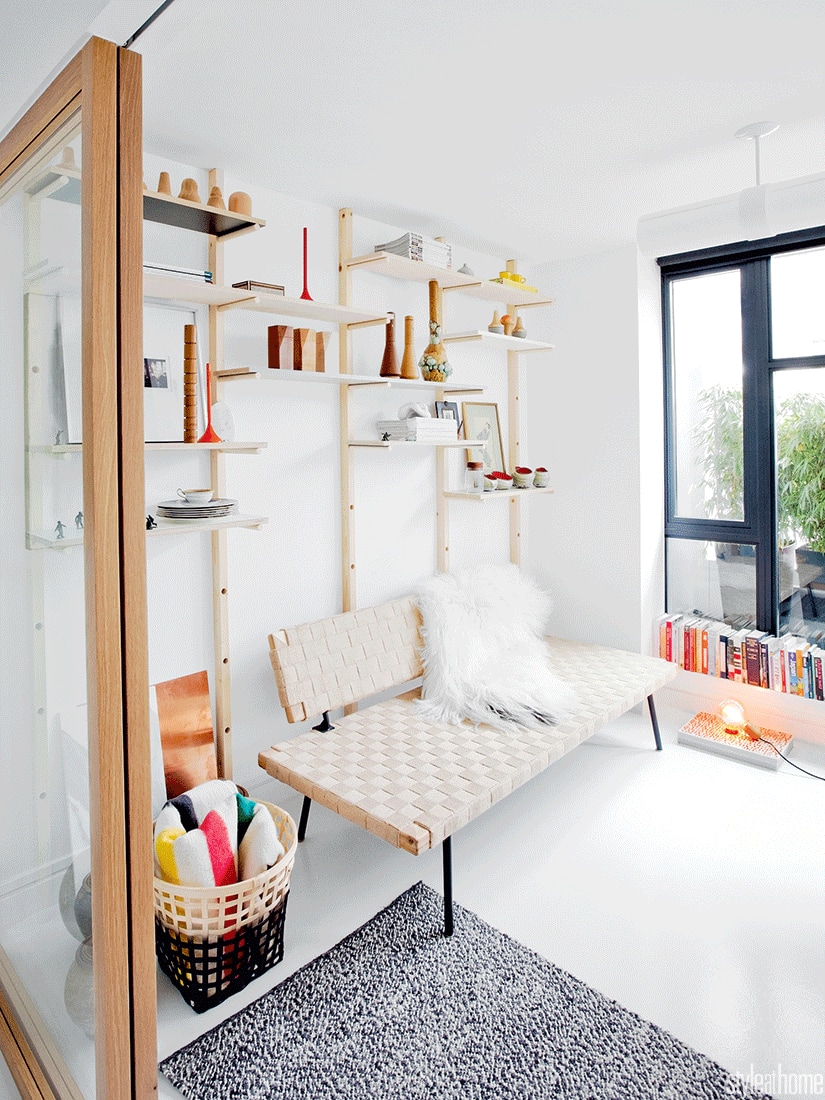 A minimalist wall unit the pair designed displays “family pictures, little trinkets and inspiring things we collect when we travel,” says Vanessa. Shelves mounted on pegs can be adjusted for multiple configurations. 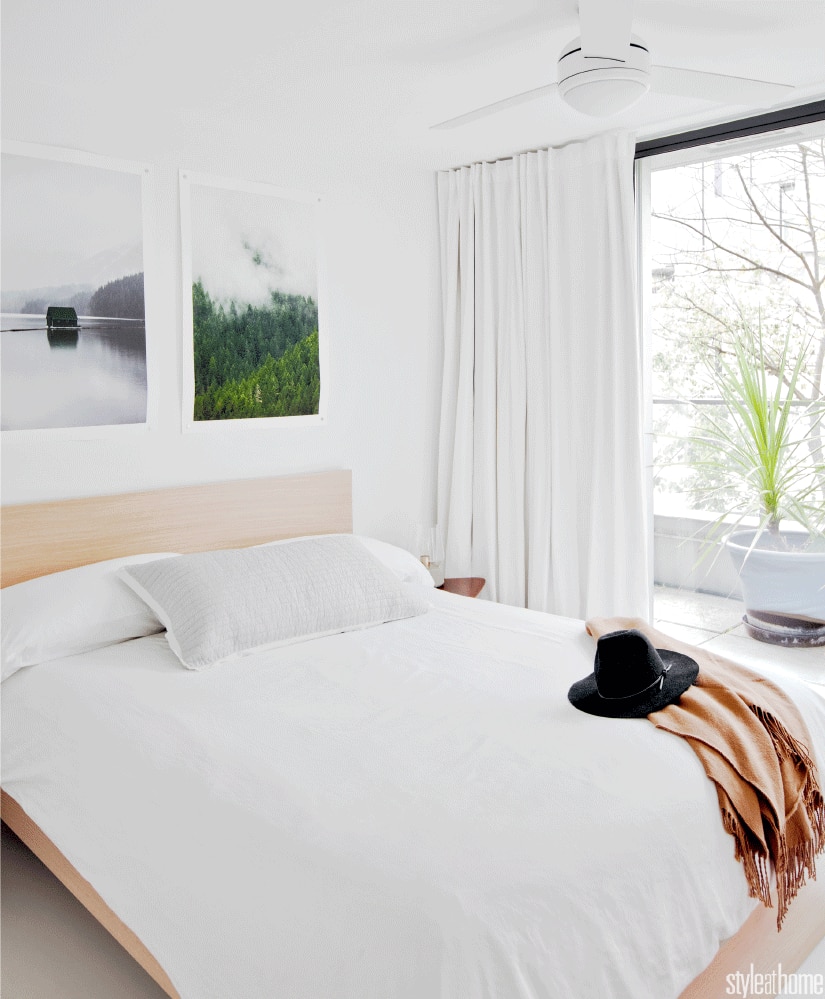 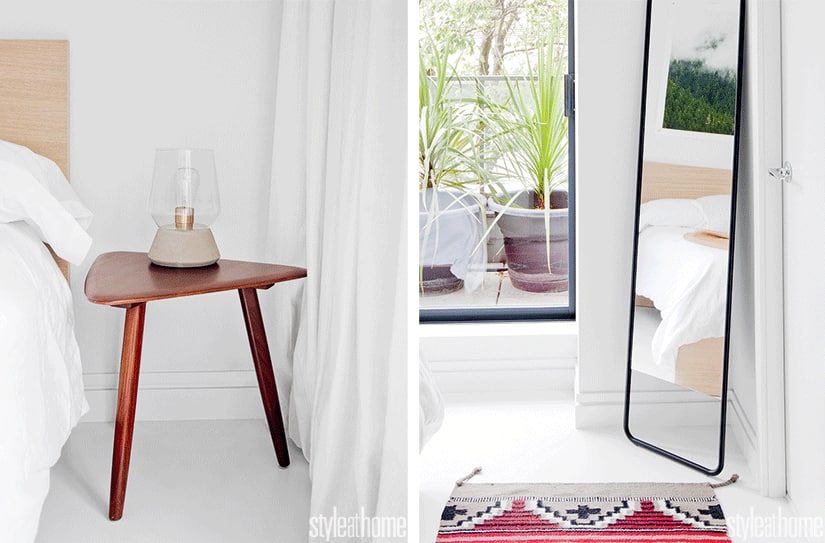 The all-white backdrop and minimalist aesthetic let the pieces the couple does include to stand out more, like the master bedroom’s corner-hugging mirror and the vintage rug they found at L.A.’s famed Rose Bowl Flea market.

Can a one-story house in suburbia resemble a New York City loft? This Etobicoke, Ont., abode does one better.