Though small in size, this elegant and eclectic basement bathroom is big on style.

At only four feet by six feet, designer Sarah Marie Lackey’s main bathroom was a smidge bigger than a closet – and upsizing it was impossible thanks to the arrangement of certain pipes.

Sarah and her husband, Brady Horvath (an electrical contractor), had purchased this 2,200-square-foot split-level home in Squamish, B.C., in the fall of 2015. Nestled beside a river and boasting views of the sublime Stawamus Chief mountain, the house’s location had everything the couple could want; after buying, they decided to live in the home’s 640-square-foot basement and rent out the rest to save money.

After overhauling the main floors, Sarah turned her attention to the “raw, nasty cavernous basement” and started transforming it into a cute couple’s pad.

When the time came to focus on the bathroom, Sarah set about stylishly maxing out a space that had zero charm. “There were 1970s laminate floors and an awkward corner shower that jutted out six inches into the room,” says Sarah. Plus, the space’s only sink was insufferably tiny. “Brady’s one request for the reno was that he get his own sink,” she says with a laugh. 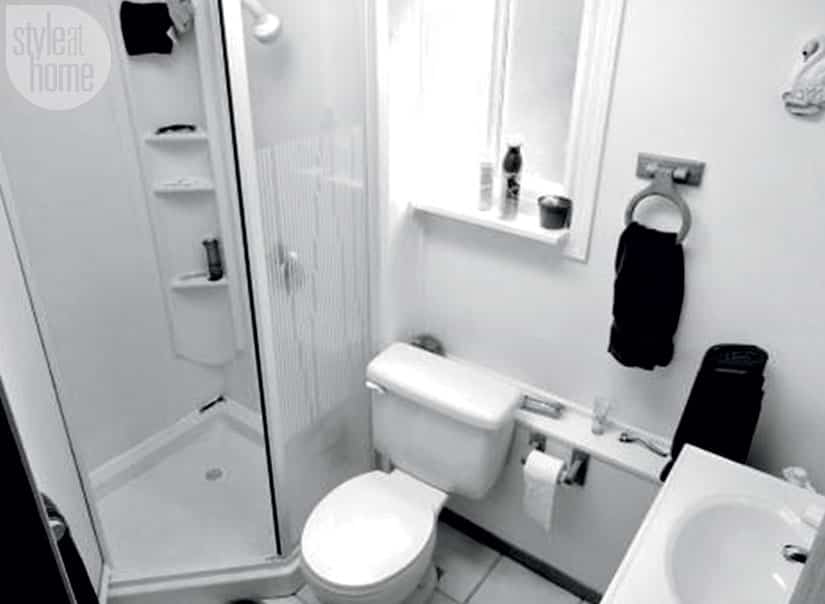 “I wanted to keep it simple but interesting,” says the designer of the week-long gut job that included adding a fresh floating vanity with two sinks and replacing the strange shower unit with a tiny four-foot-long bathtub (“a stubby tub,” as the couple call it) with a subway tile shower. Grey grout picks up on the dynamic vintage-look grey and black encaustic floor tiles, which catch the eye as soon as you enter, and match the rest of the ’70s house. “I wanted to establish a retro feel while keeping the space contemporary, clean and crisp,” says Sarah. Mission accomplished. For such a small place, it’s certainly big on style. 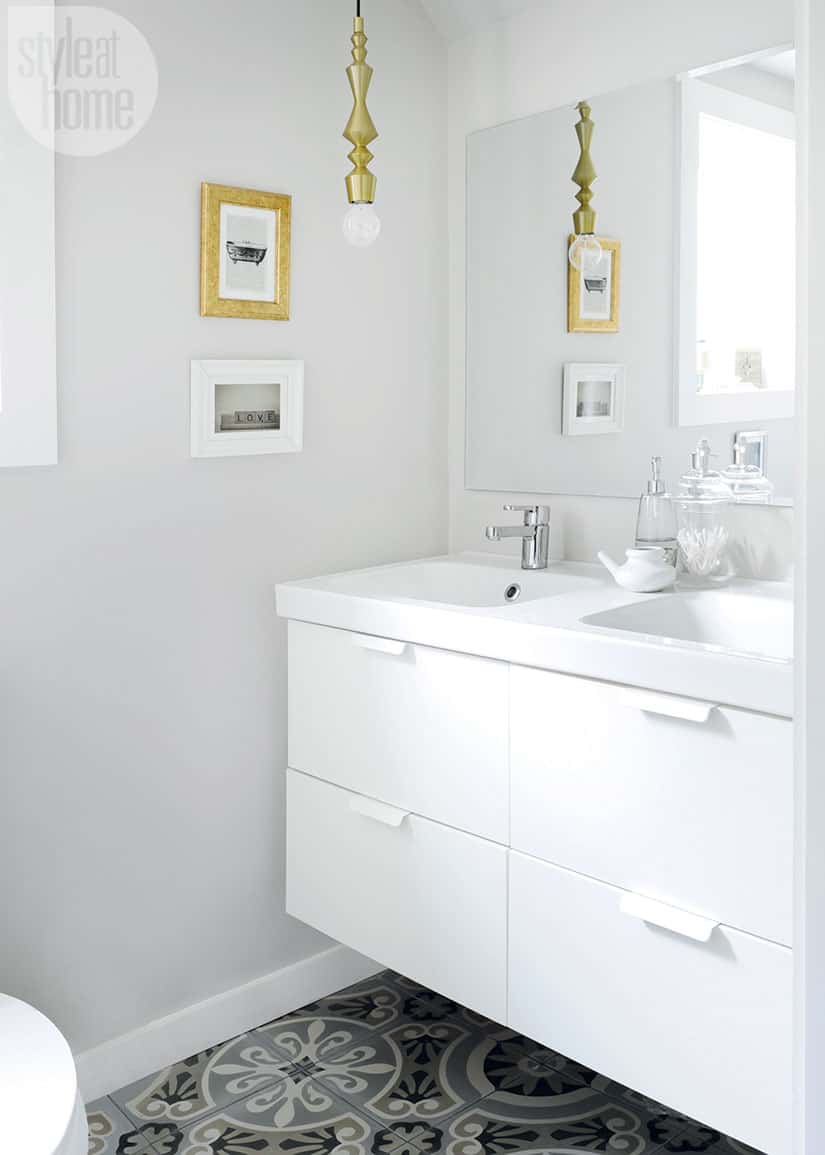 In her tiny bathroom, designer and homeowner Sarah Marie Lackey used every inch of space. The floating wall-mounted vanity adds airiness, while the frameless mirror bounces light around and expands the room. 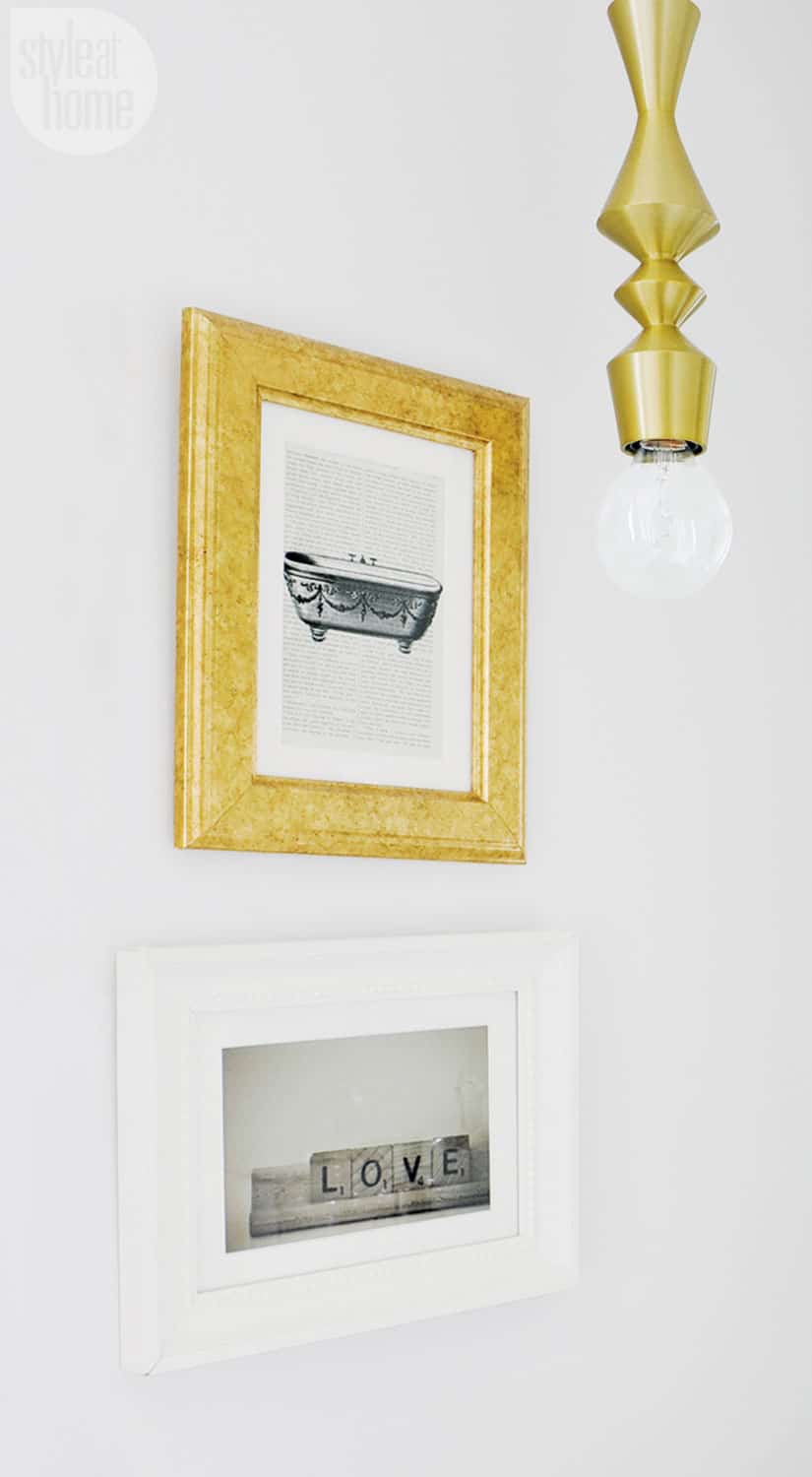 Since she was on a budget, Sarah used inexpensive accents and meaningful objets as accessories: The artwork is actually framed magazine clippings, the time-worn teal and gold tin once held cookies Sarah’s grandmother baked for her as a child (today, it holds nail polish) and old Scrabble pieces labelling the room continue a theme found throughout the whole house. 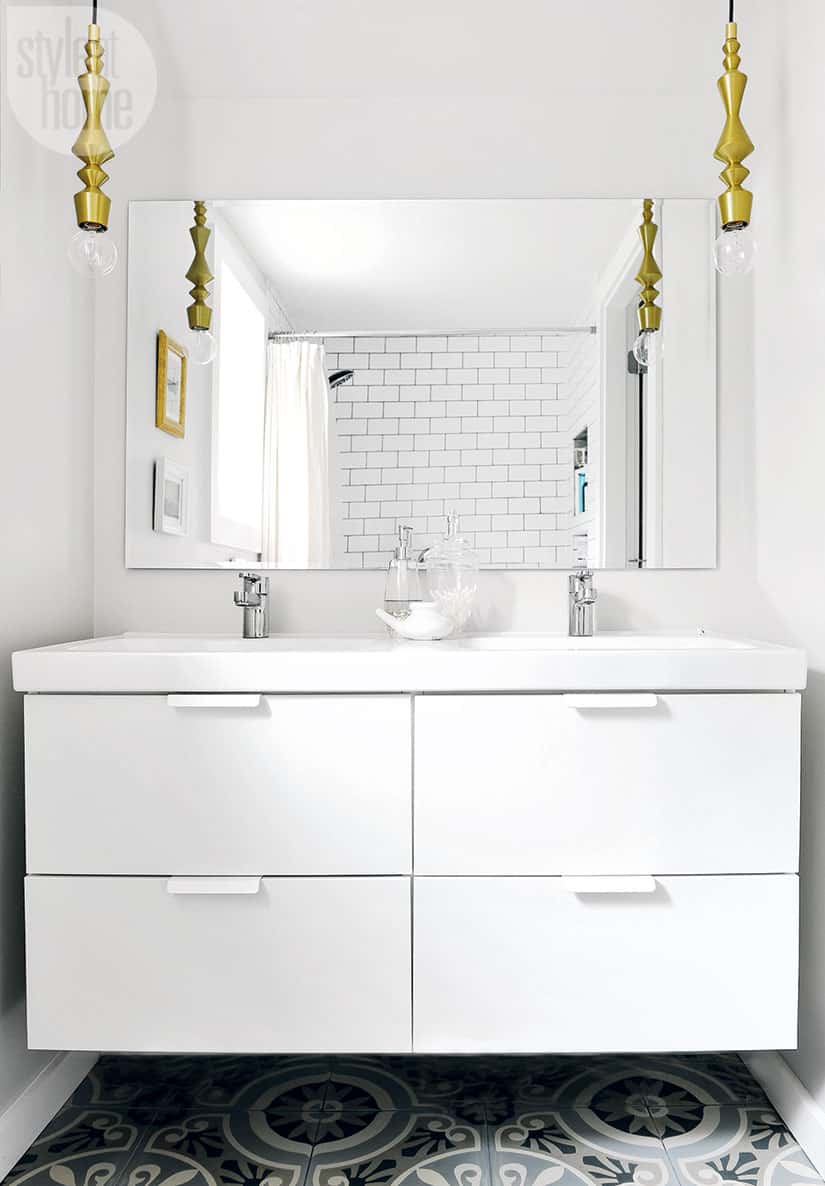 Vintage-looking yet totally trendy encaustic floor tiles suit the home’s retro vibe, as do the pendant lights, which boast a Mid-Century Modern appeal.

An unsightly corner shower unit was swapped for a subway-tiled shower with a small four-foot-long tub (as opposed to the standard five feet). “[My husband] Brady drove to Bellingham, Wash., to buy it because we couldn’t find anything that size locally,” says Sarah. A fringed cotton shower curtain offers boho appeal. 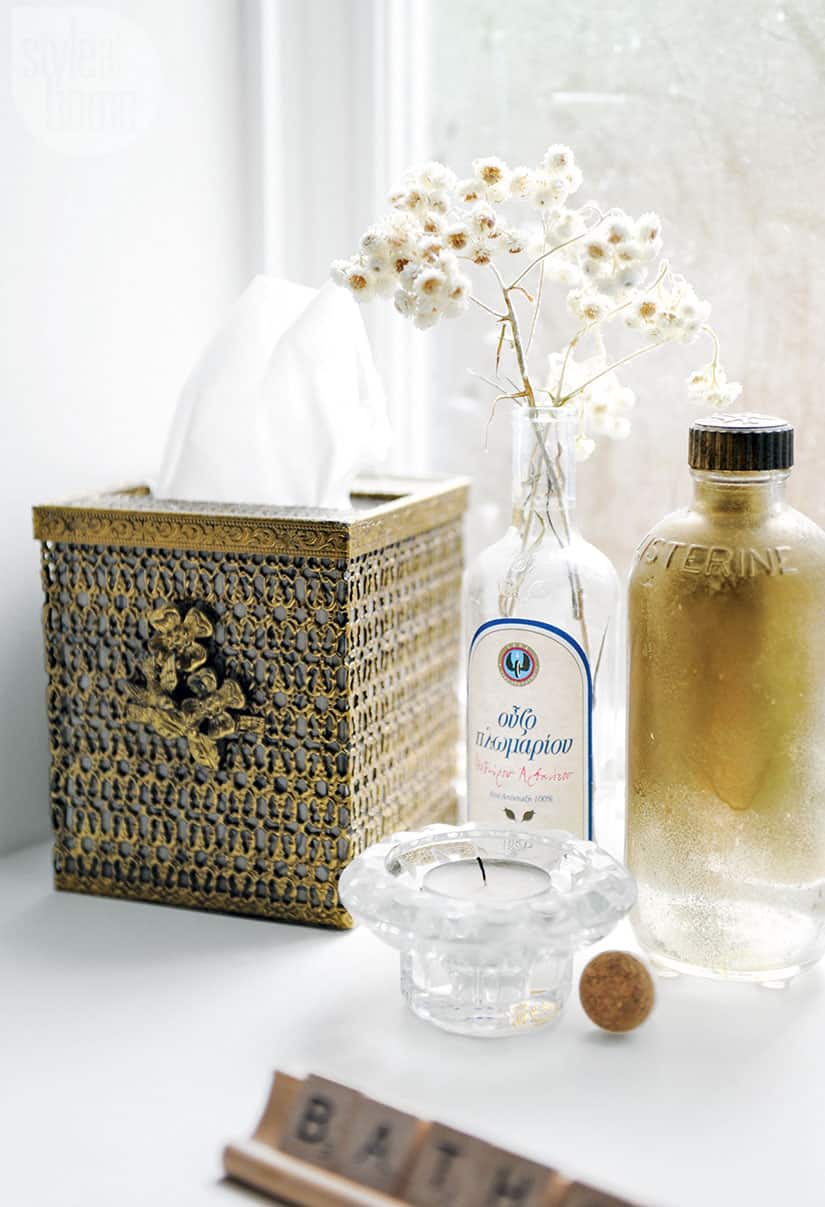 Mementoes adorn the window ledge: the Listerine relic was found at an antiques shop, the tissue box cover was Sarah’s grandmother’s and the ouzo bottle was scooped up in Greece on a special European backpacking trip the couple took before they were married.