Thinking beyond the parameters of pink, Toronto designer Tara Fingold parlays plenty of pattern and grown-up colour into a little girl’s stunning bedroom.

Straying from tradition is something any designer savours. So when Tara Fingold’s clients bought this house and entrusted her with decorating their young daughter’s bedroom, she assessed the space with gusto. “I wanted something really fun and playful, and my clients were open to skipping run-of-the-mill pink.”

With a brief that upended colour expectations for a girl’s room, Tara devised a fierce palette. “A patterned pomegranate fabric I chose for the drapery became the starting point,” she says. It fuelled everything from the teal walls and eggplant-hued sofa to the pretty fabric on the custom bed frame. “Lots of colours in both vivid and pale tones, and plenty of mixed-scale prints create energy here,” says Tara. “Mixing and matching is always better than just plain matching.”

It’s an ethos evident in the room’s furniture choices as well. Tara mixed in existing items like the sofa and ottoman, which she usurped from the living room. “I had them reupholstered, which was more cost-friendly than buying new furniture.” These pieces also underscore Tara’s belief that kids’ spaces don’t have to be kid-centric. “You don’t need to furnish a little one’s room with baby-specific designs,” she says. “In fact, I think children prefer proper furniture.”

In this case, that’s definitely true. Because the clients were living elsewhere during the project, the room redesign became an unintentional surprise. “When we finally revealed it, the daughter was ecstatic. There may be grown-up elements here, but this is definitely a little girl’s room.” With not a pink wall in sight. 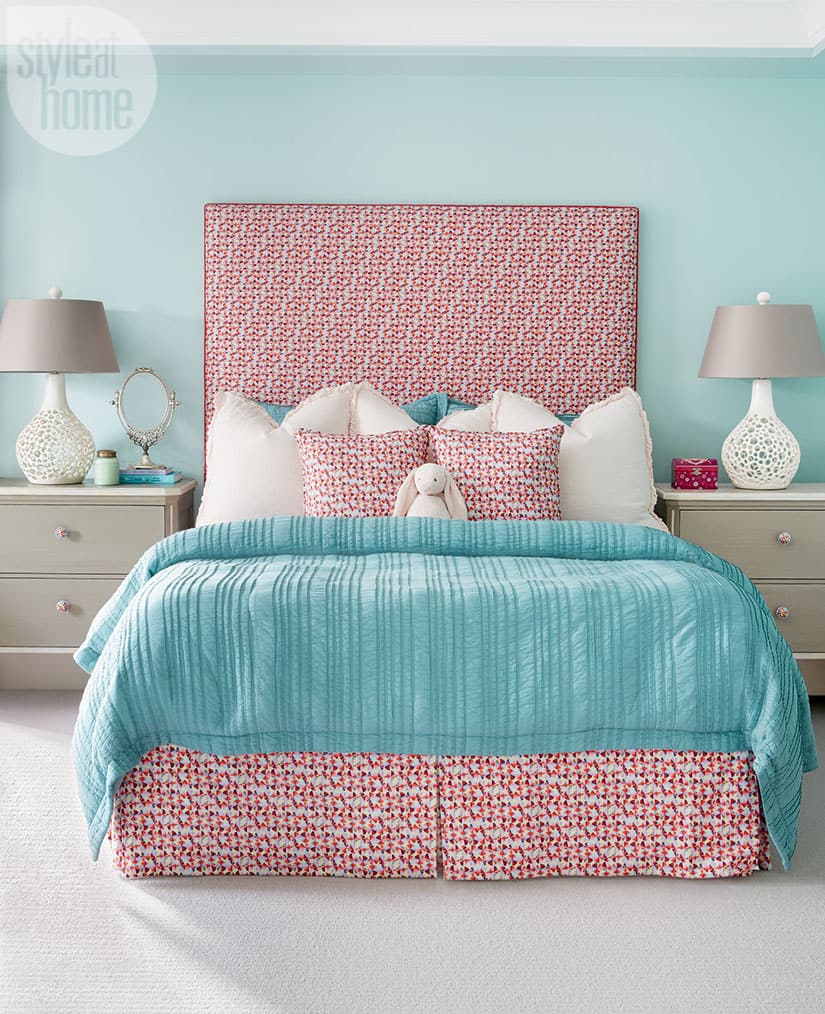 Designer Tara Fingold custom-designed the bed to feel both dramatic and girly. “The fabric is kind of dainty, so it appeals to a little girl, while the oversized scale of the headboard fends off a cutesy look.” The perforated ceramic table lamps riff on the material’s tiny geometric pattern. 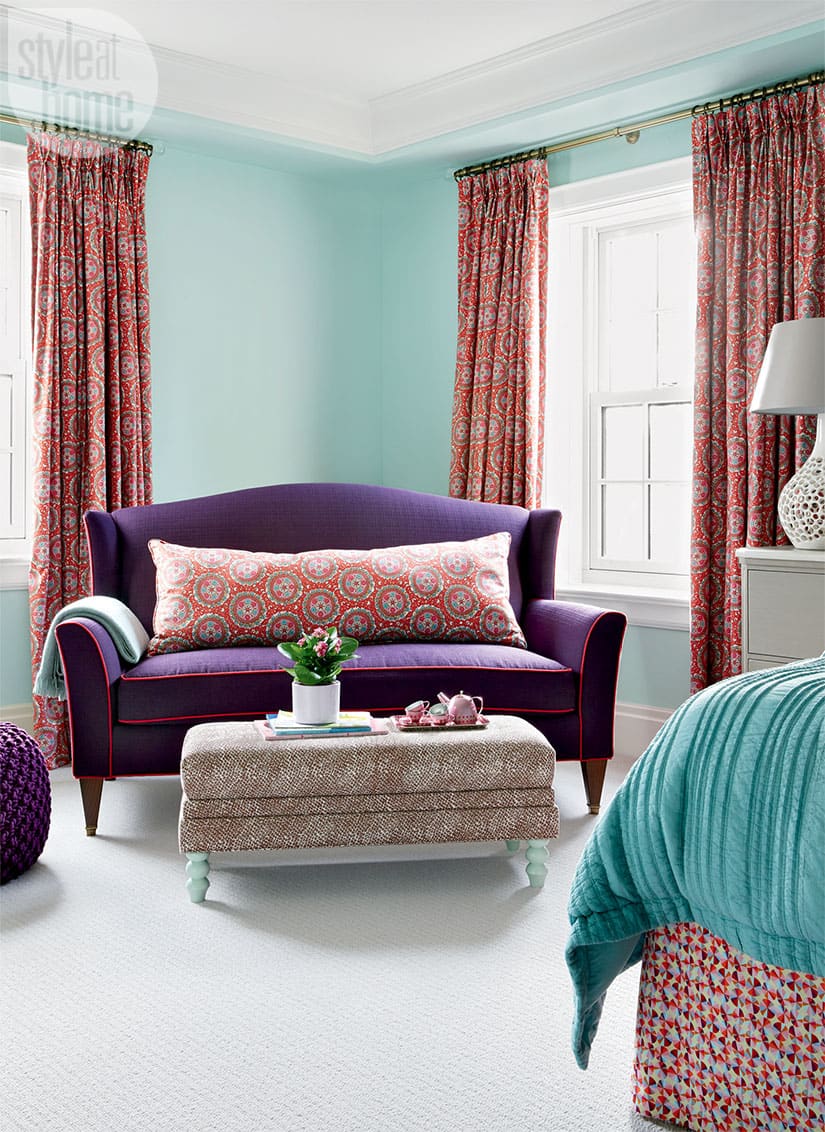 “This corner of the room is perfect for hanging out with friends or reading,” says Tara. The dramatic fabric on the sofa incorporates some solid colour among the interesting patterns at play. The designer’s attention to detail is on display in the bolster cushion, upholstered to match the drapery, and the ottoman’s legs, which are the same shade as the walls. 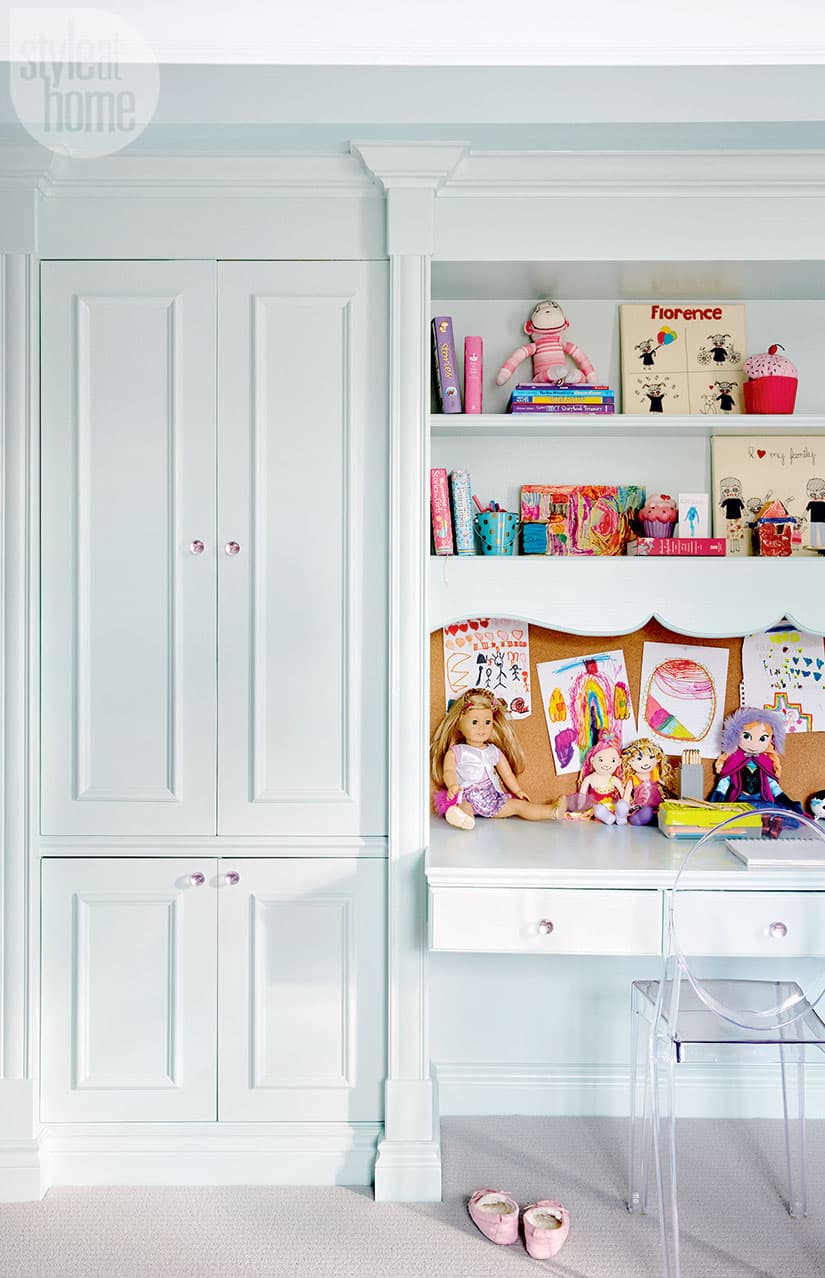 Tara revitalized the room’s existing shelving with a coat of custom robin’s egg blue paint and new crystal hardware. “It was a budget-friendly update that looks so inviting now,” she says. The corkboard serves as a gallery wall for this little girl who loves to draw. 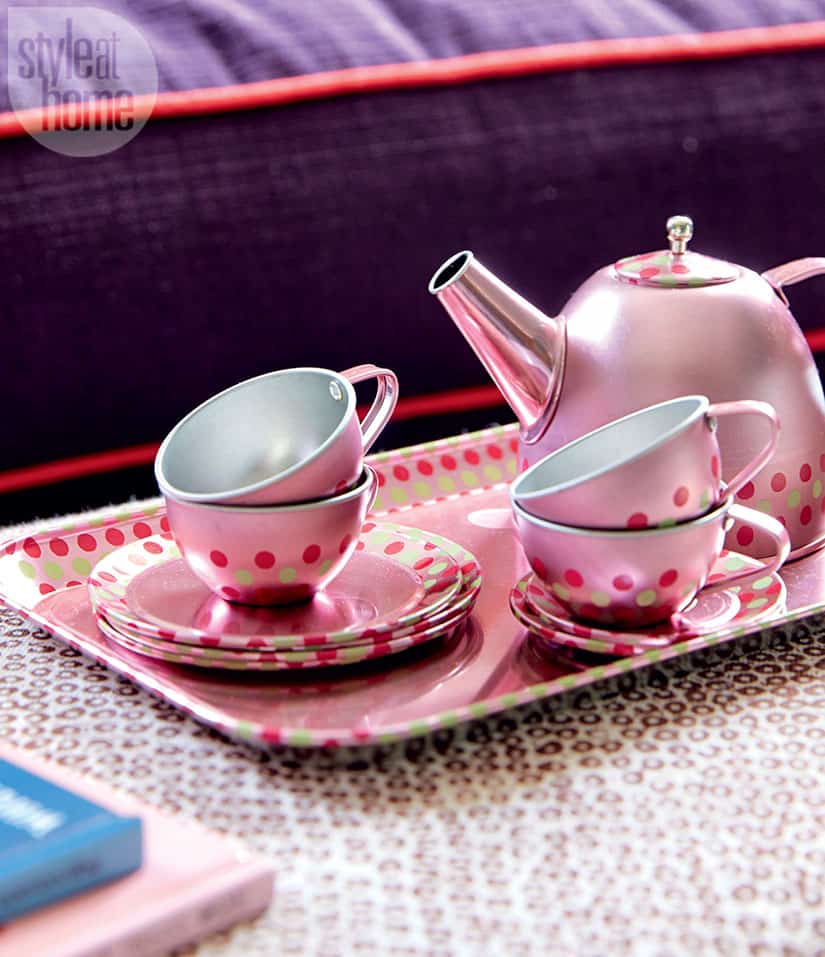 Predictable pink may not have been part of the designer’s direction, but a small dose of it – as displayed in this tea set – feels right at home in this girl’s room. 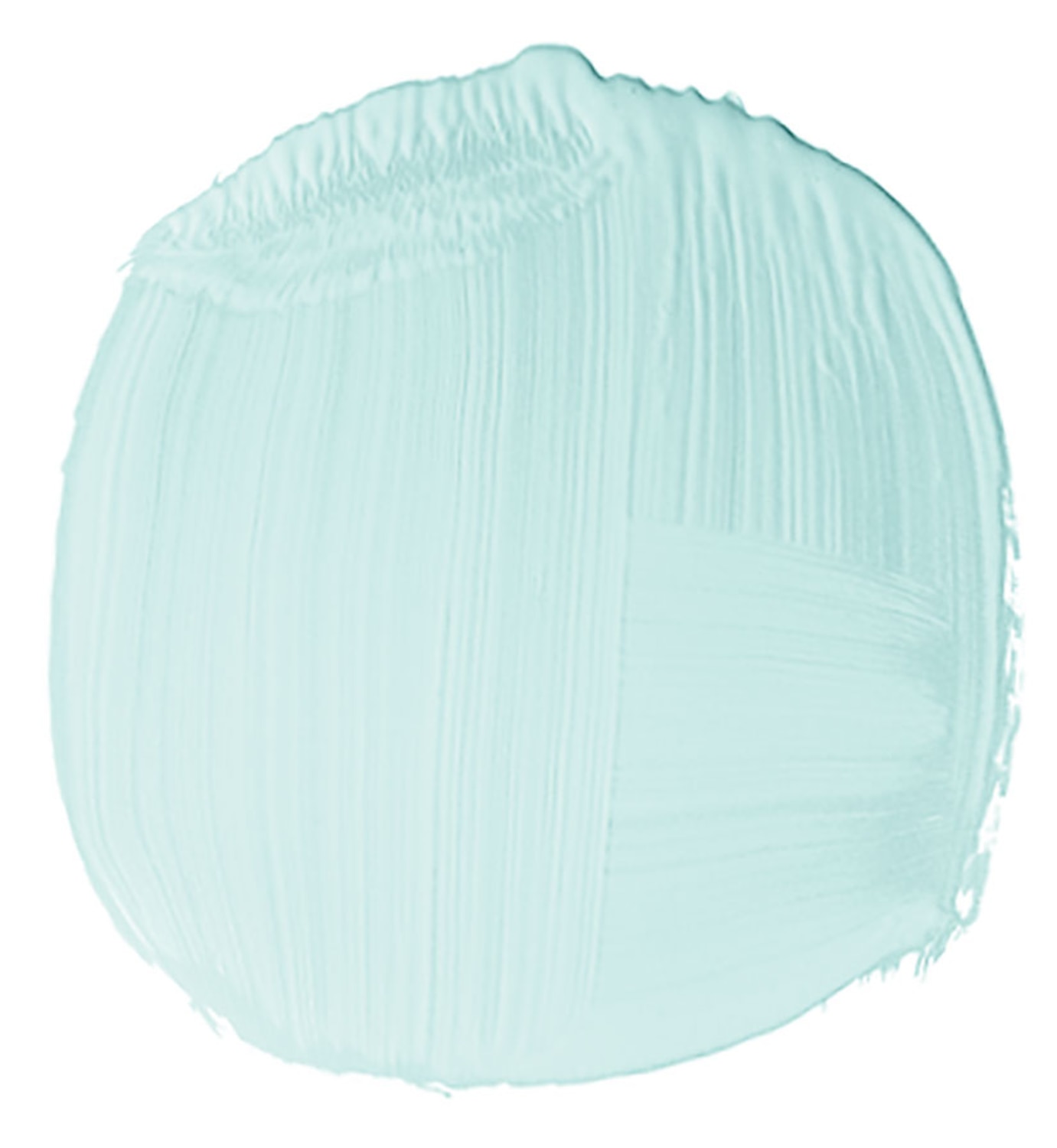 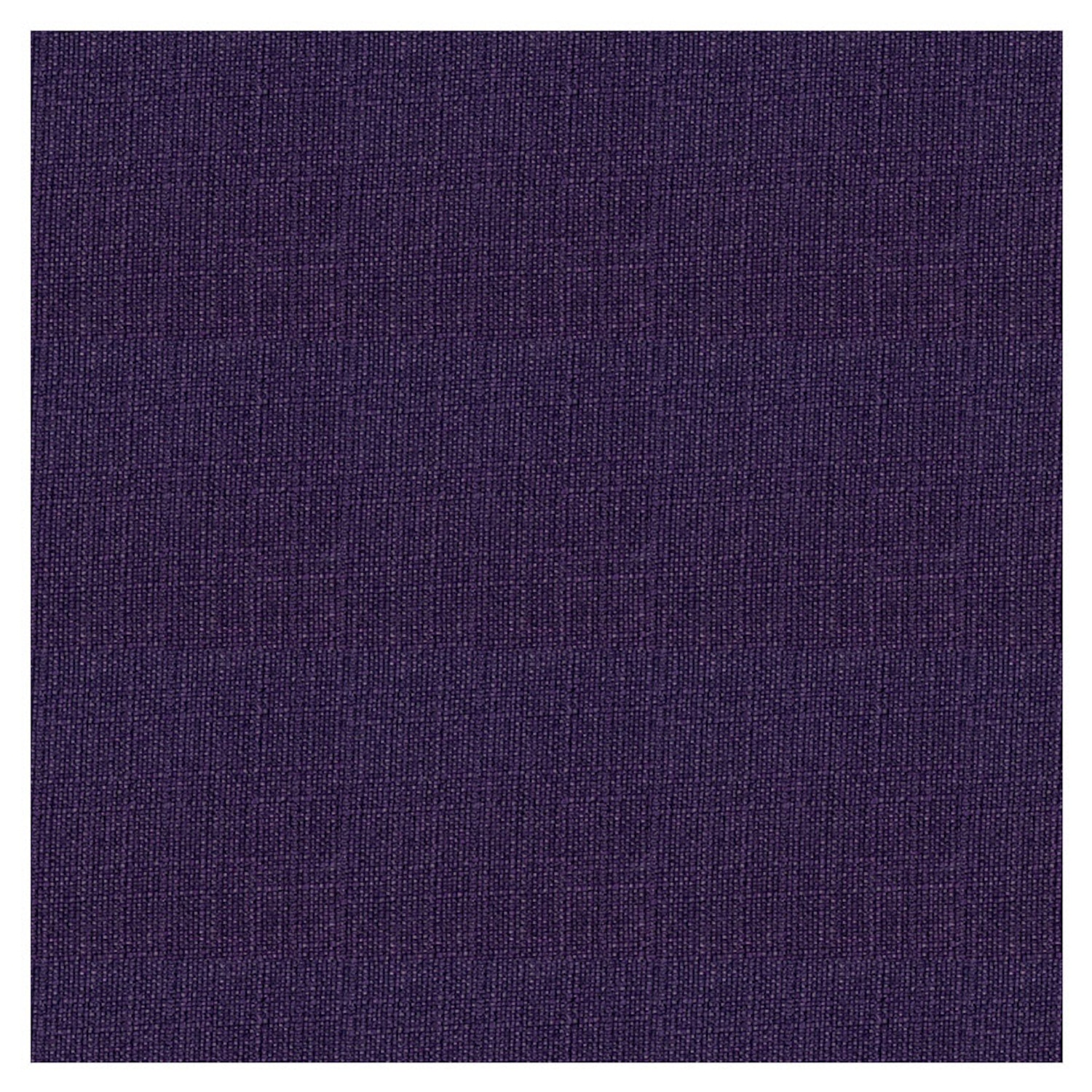 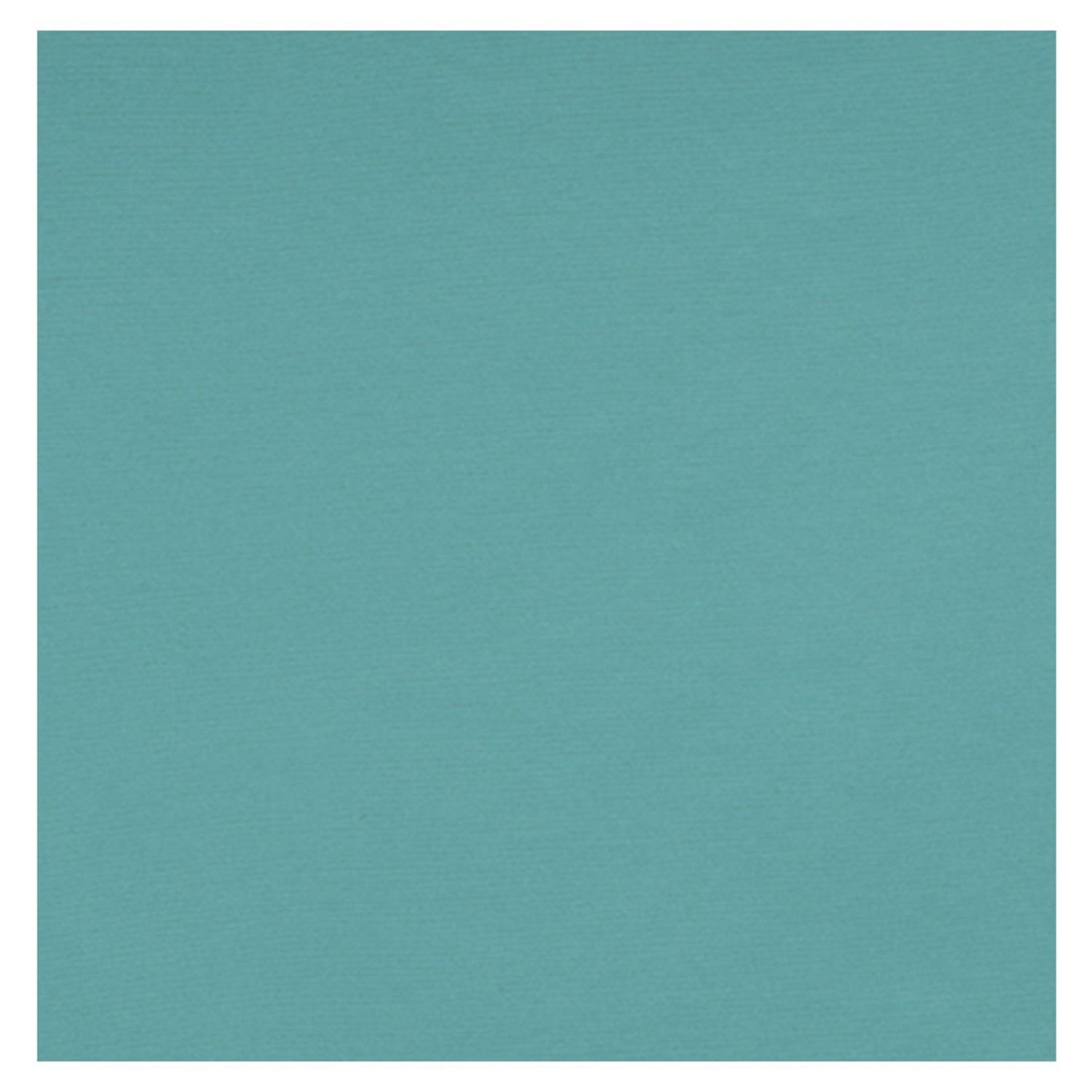 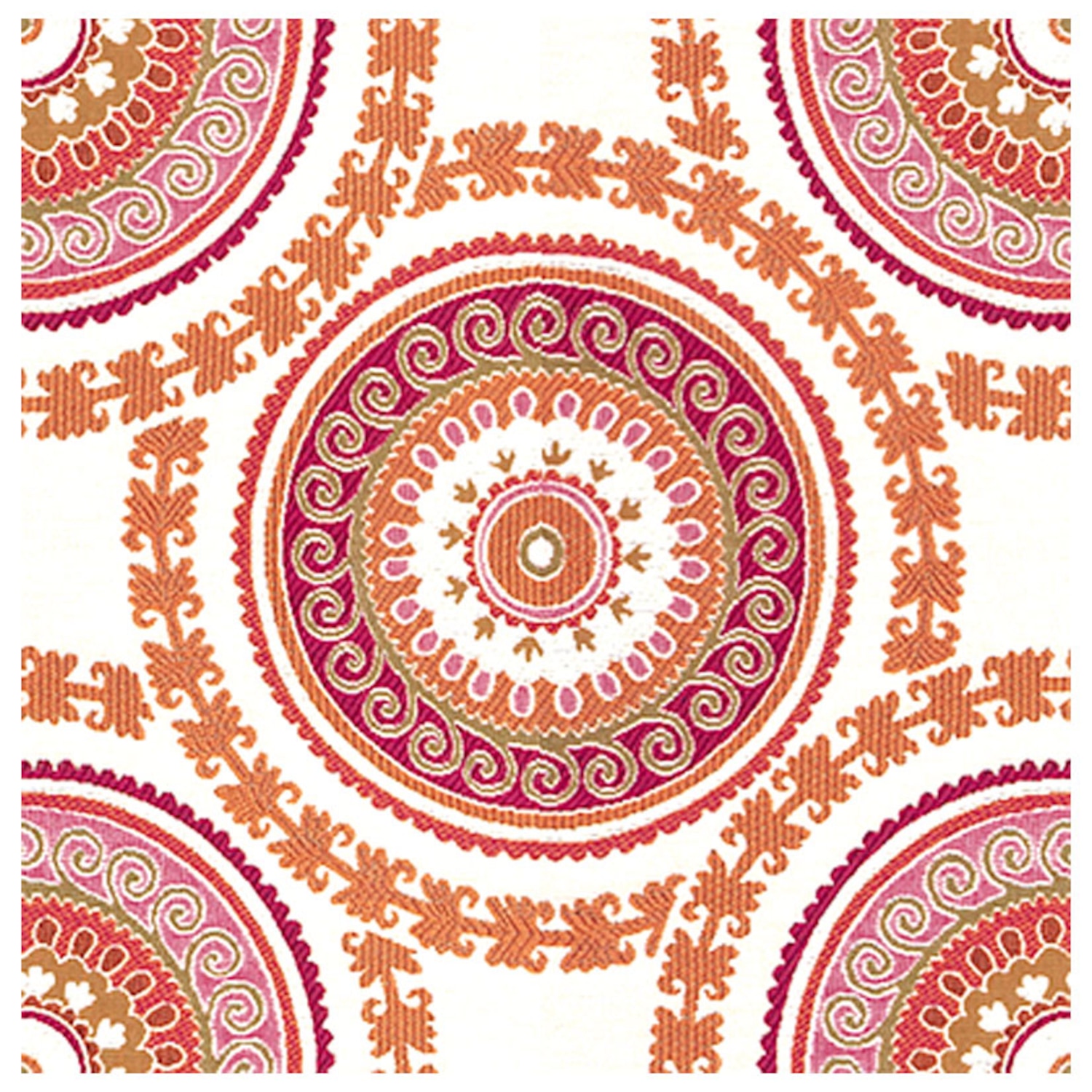 Cotton-blend Capri FABRIC in 165, JF Fabrics, $49 per yard, through designers.