Everyone has a friend who doesn't hold back. And when that friend is Ben Leavitt, lead designer of Vancouver’s PlaidFox Studio, decorating is a no-holds-barred topic – especially at the dinner table.

Ben was at Amy Pieschel and Sean Meindl’s Yaletown, Vancouver, apartment for the couple’s regular Sunday sushi dinner. “I was tired of their unappetizing decor distracting me from my gyoza,” he says. “Everything was white, grey and lifeless – it didn’t match the personalities of this adventurous and hilarious couple.” In 2017, Ben called in his colleagues – brother Dave Leavitt and designer Kelly O’Quinn – to bring the 830-square-foot home in sync with the couple’s charisma. “I knew Amy and Sean would let my team push them with pattern and colour, so we went for it!”

The purely cosmetic reboot evolved over a three-month period, during which new furniture was sourced with one requirement – it had to be colourful. Now a luxurious midnight blue velvet sectional strikes a bold note in the living room, and Herman Miller chairs bring a burst of zesty orange to the kitchen table. “Amy had wanted a pair of these for a while,” says Ben. “She and Sean could’ve played it safe when picking their colour – I’m so happy they chose bold over boring.”

The vibrant hits continue with generous dashes of print and pattern, most notably in the wall treatments: from grey horizontal stripes in the entryway to a retro-look periwinkle blue and white wallpaper in the living room to a maximalist black and blue graffiti-style wall-covering in the bathroom (not shown).

Ben didn’t stop at these overt examples of visual interest, though. “I wanted every corner to be energetic and full of life,” he says. So in addition to the living room’s gallery wall, there are artful stacks of books throughout the space and a kaleidoscope of riotously hued toss cushions.

These are just some of the ways the PlaidFox Studio team enlivened every square inch of the small space, fulfilling the more-is-more mantra with aplomb. Amy and Sean love it (Ben says he’s converted them into “eccentric, colour-laden design lovers”), and Ben does, too. “Now, every time someone opens the front door, a sea of pattern welcomes them,” says the designer. “Guests will instantly know sushi night is going to be a lot more stylish than it used to be!” 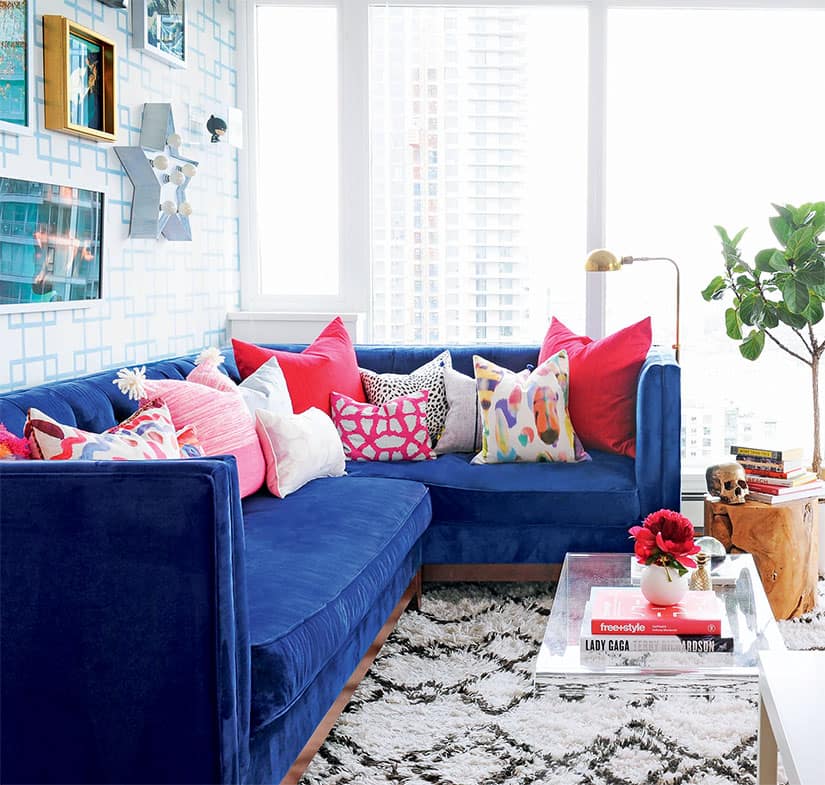 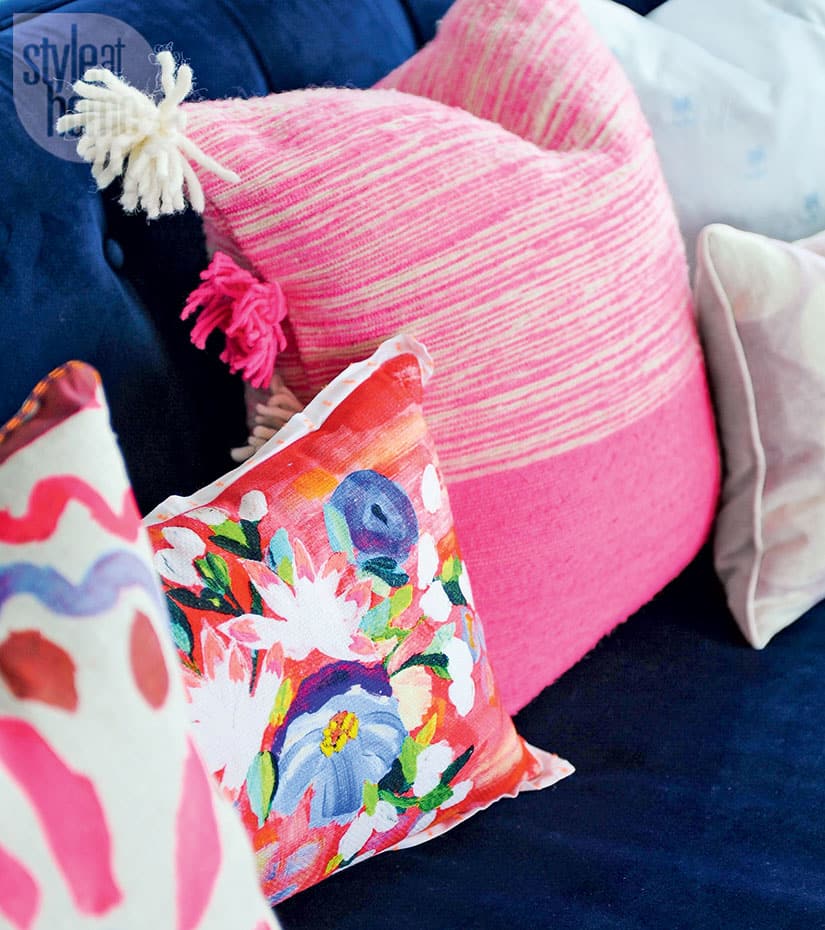 The velvet sectional does more than lend the living room intense colour. “The combination of its casual silhouette and formal fabric adds depth to the space,” says designer Ben Leavitt. Bright patterned toss cushions coordinate with the gallery wall and look like little works of art. Homeowners Amy Pieschel and Sean Meindl “are now pillow addicts,” says Ben. “They are constantly adding to the ‘family.’” 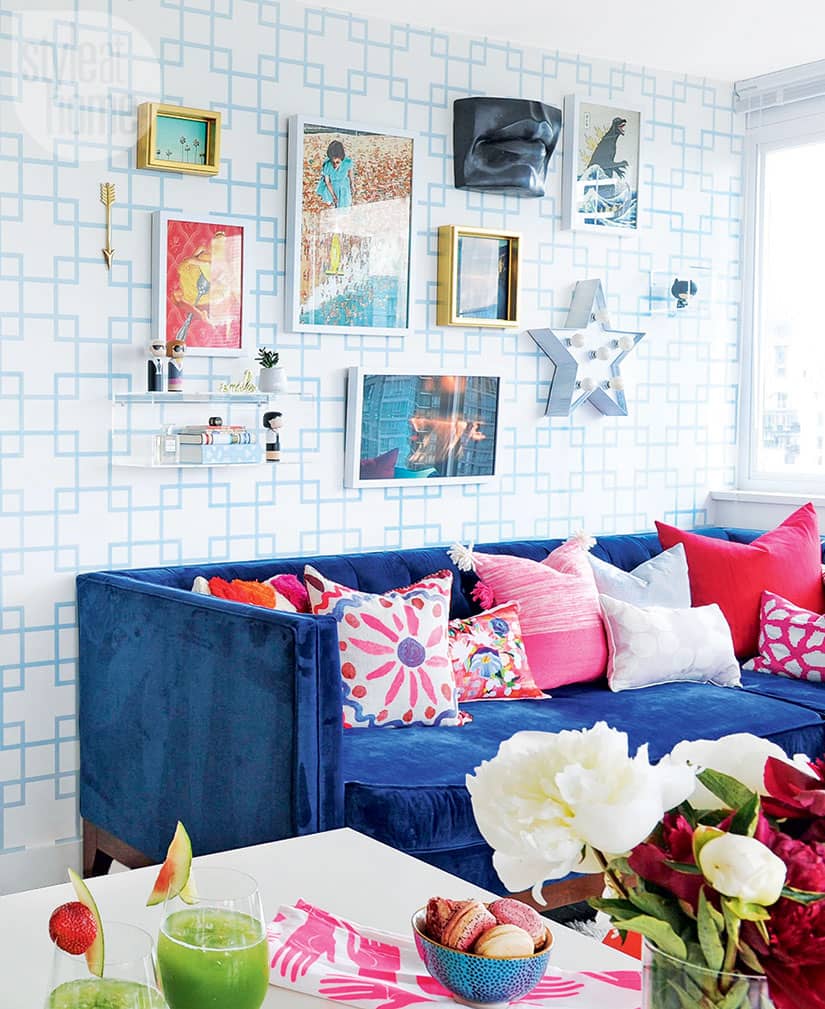 Curated with a collection of edgy prints and humorous objects – do you spy Karl Lagerfeld and Anna Wintour behind their shades? – the living area’s gallery wall exemplifies Ben’s playful approach to the decor. Amy sets the dining table with vibrant items to complement the colourful surroundings. 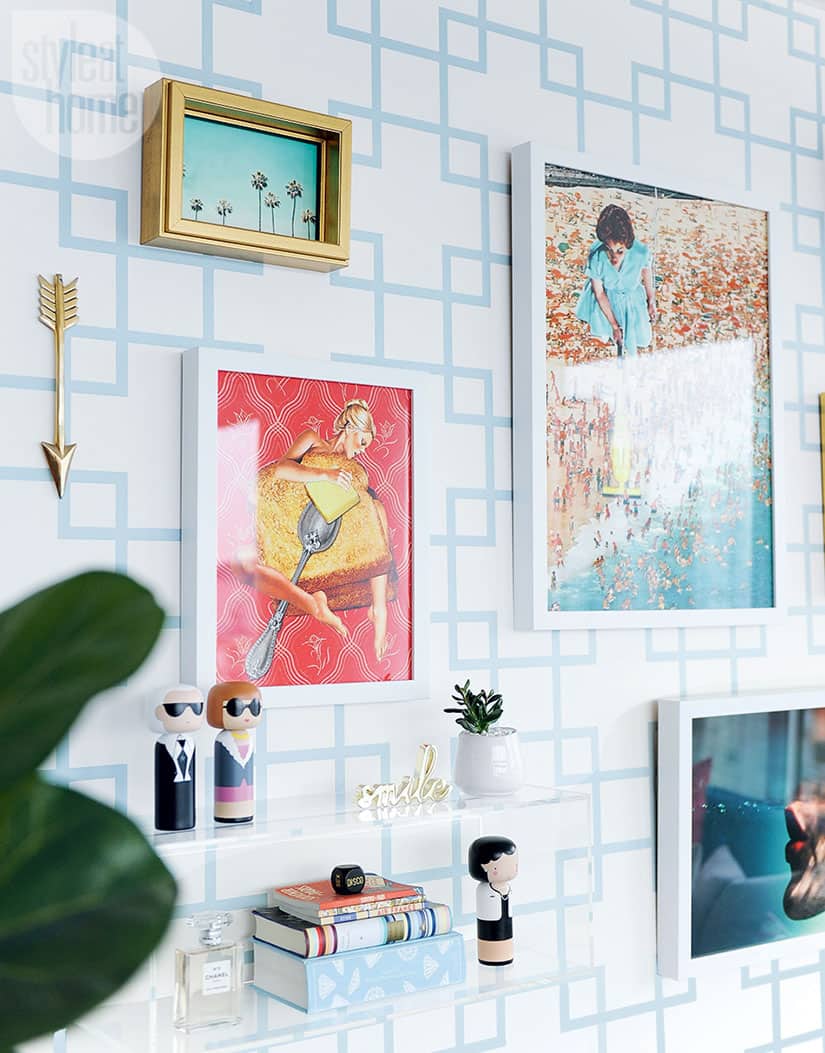 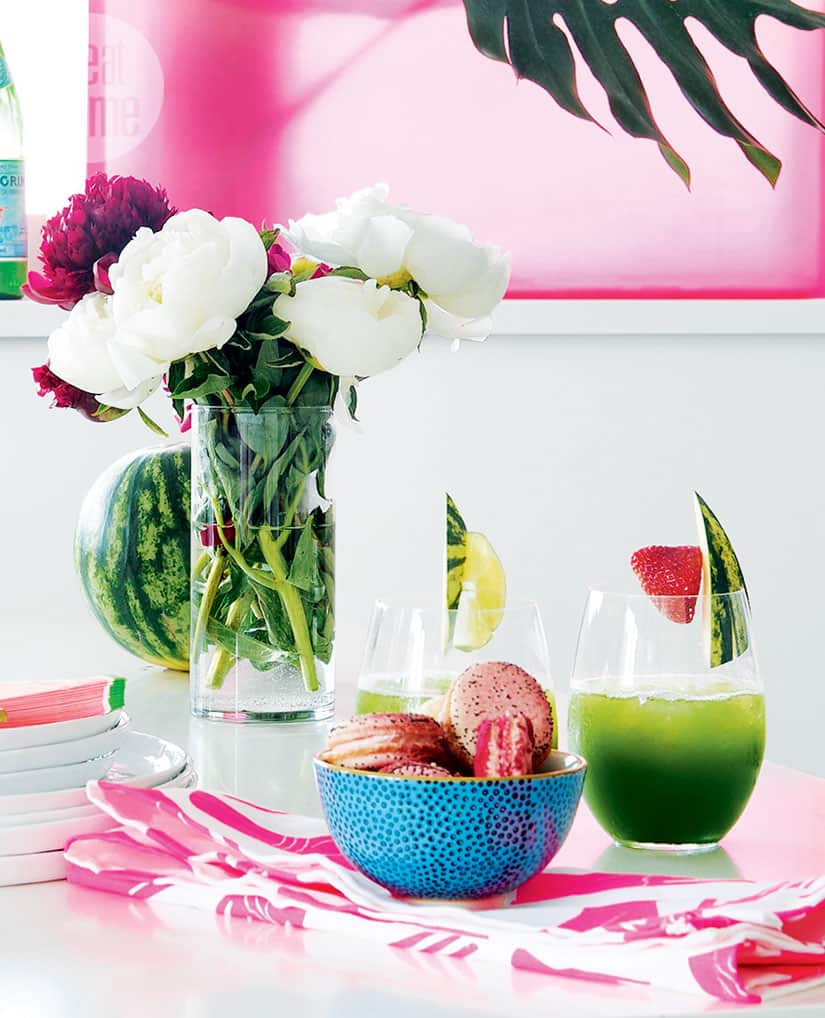 In this house, even the drinks and snacks are pleasingly bright. 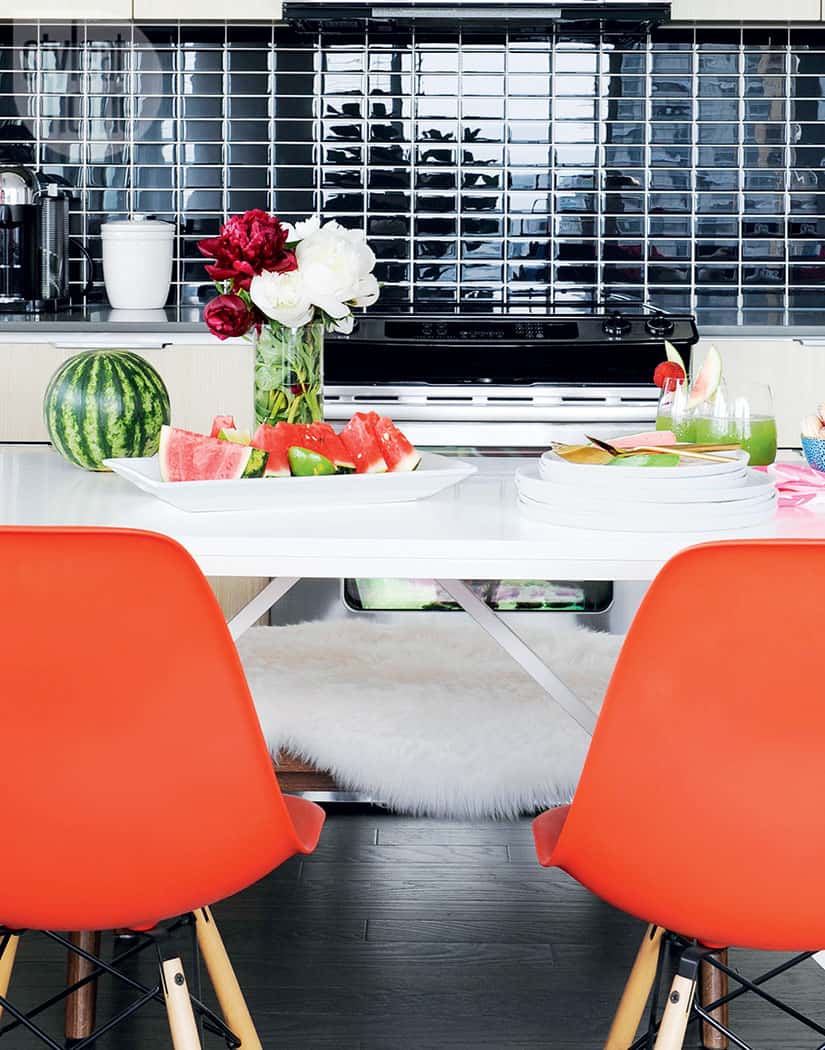 The kitchen’s original white cabinetry and black backsplash were left as they were. 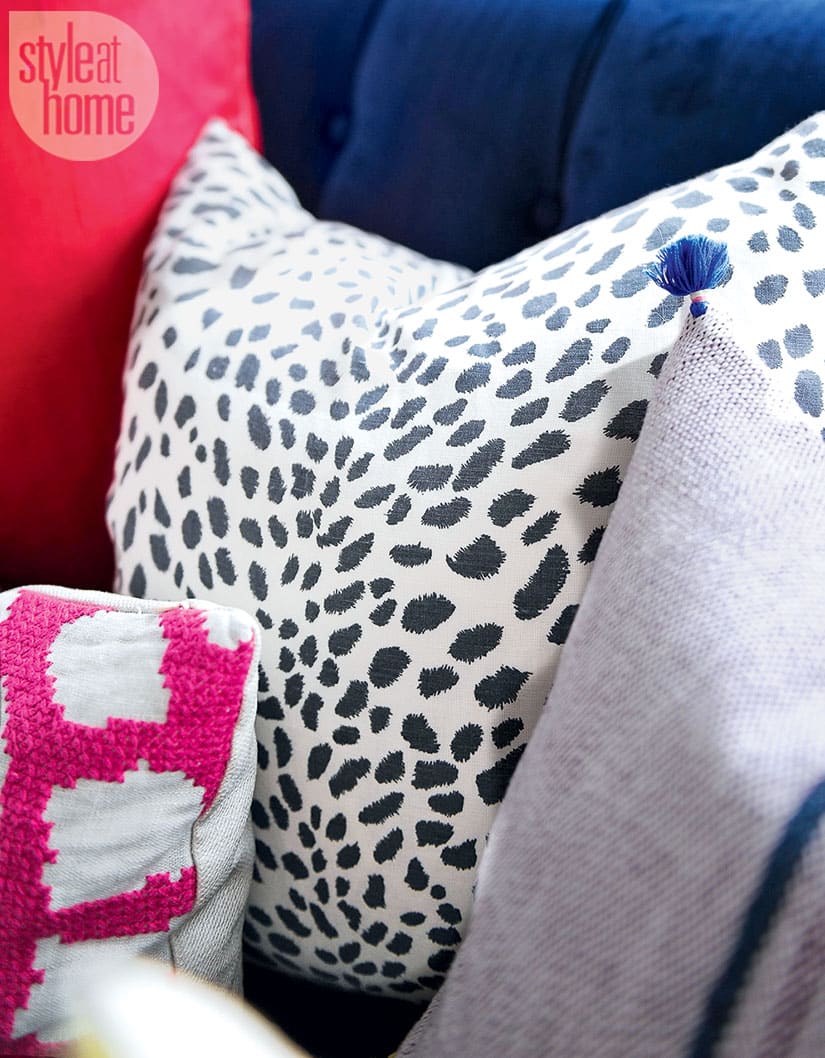 Pattern and colour converge in this brilliant array of toss cushions. 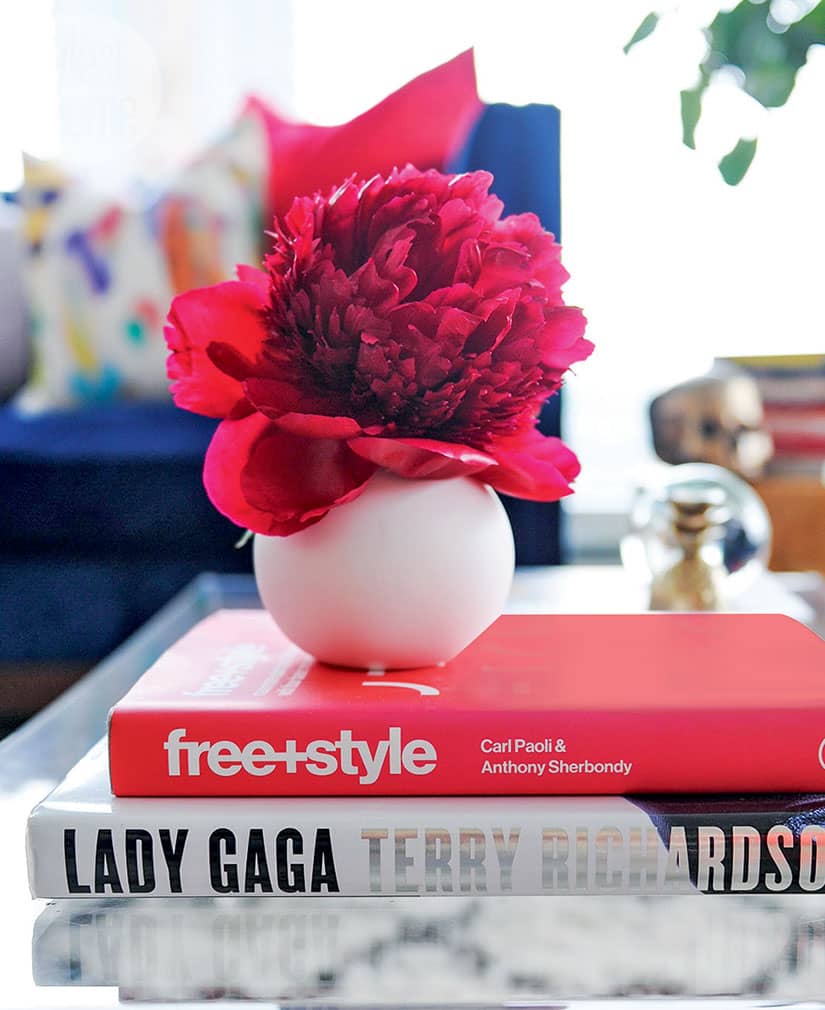 A magenta bloom sits atop a stack of books on the coffee table. 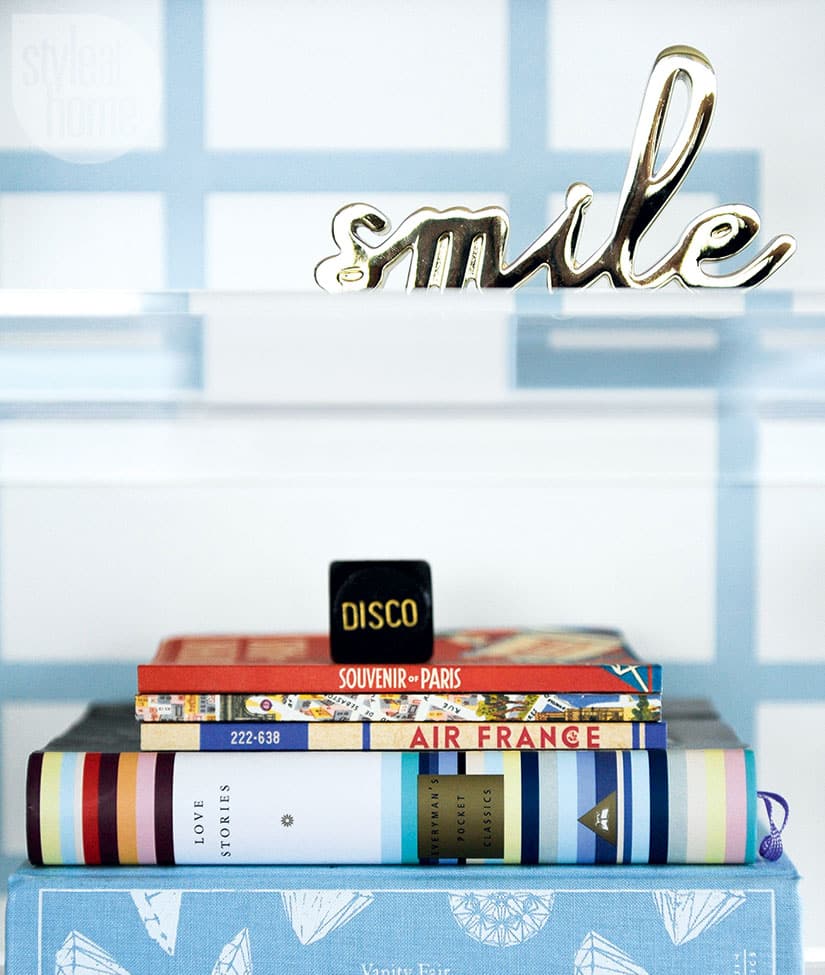 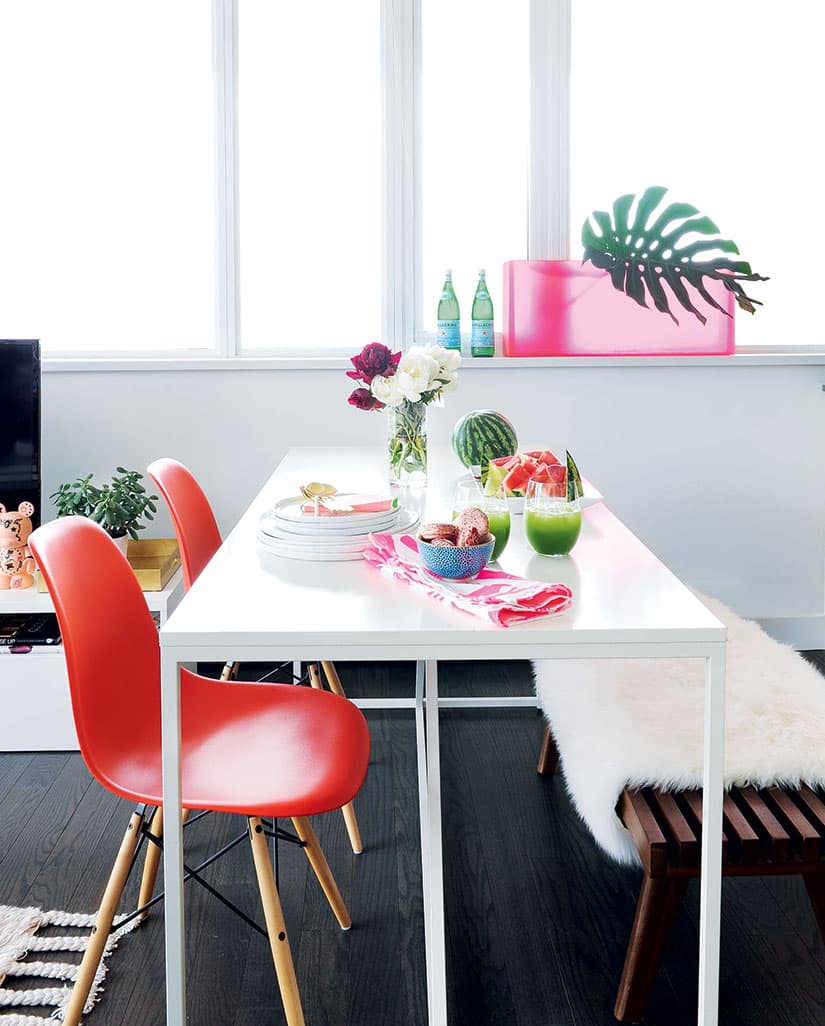 This is the site of the sushi night that incited the design makeover! Now, the combination of a white table, orange chairs and a wooden bench strikes a dynamic punch in the dining area. 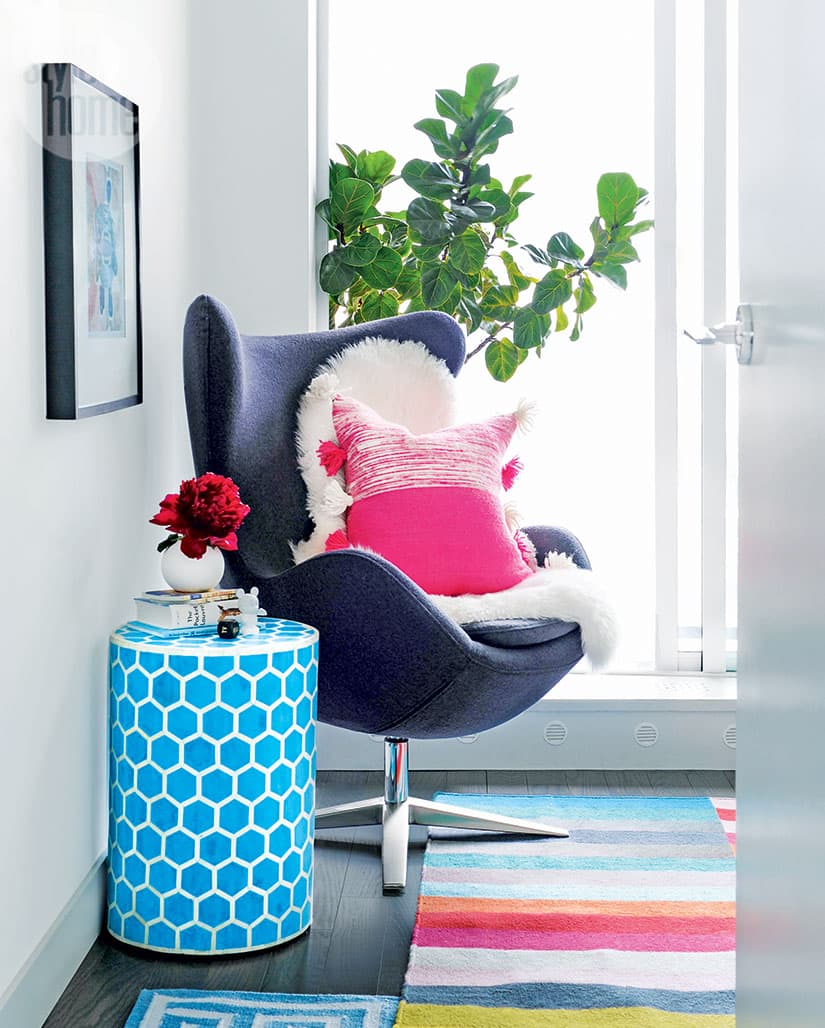 “When the door to this home office is open, this vignette is visible from other parts of the house,” says Ben. “We wanted something layered and dynamic to catch the eye. When it comes to small spaces, minimalism is not the only option!” 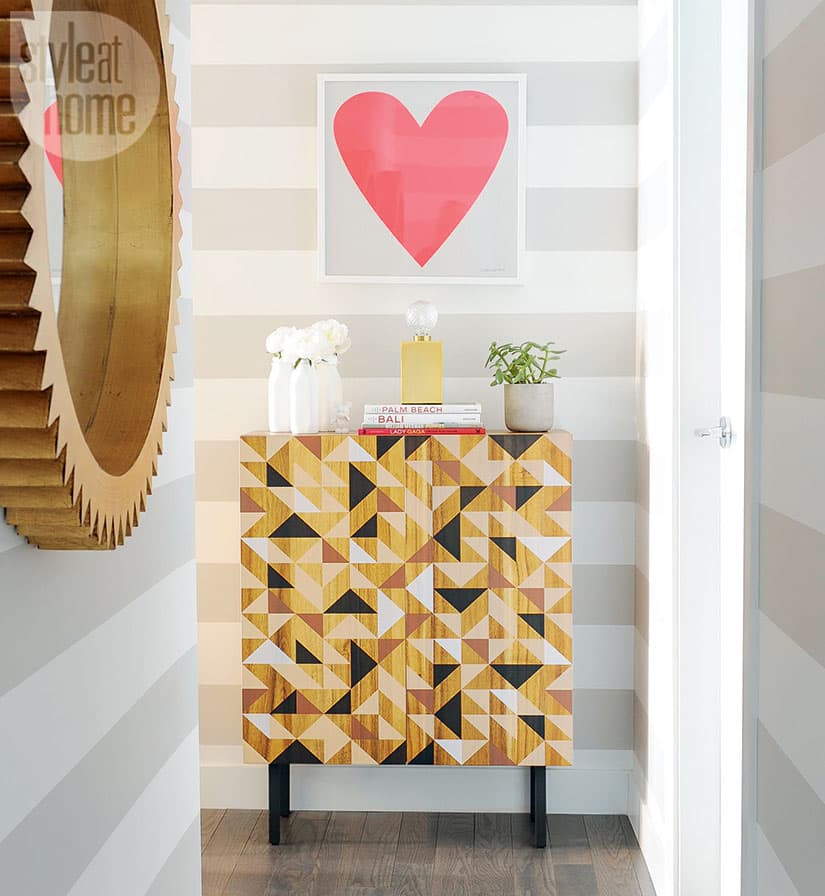 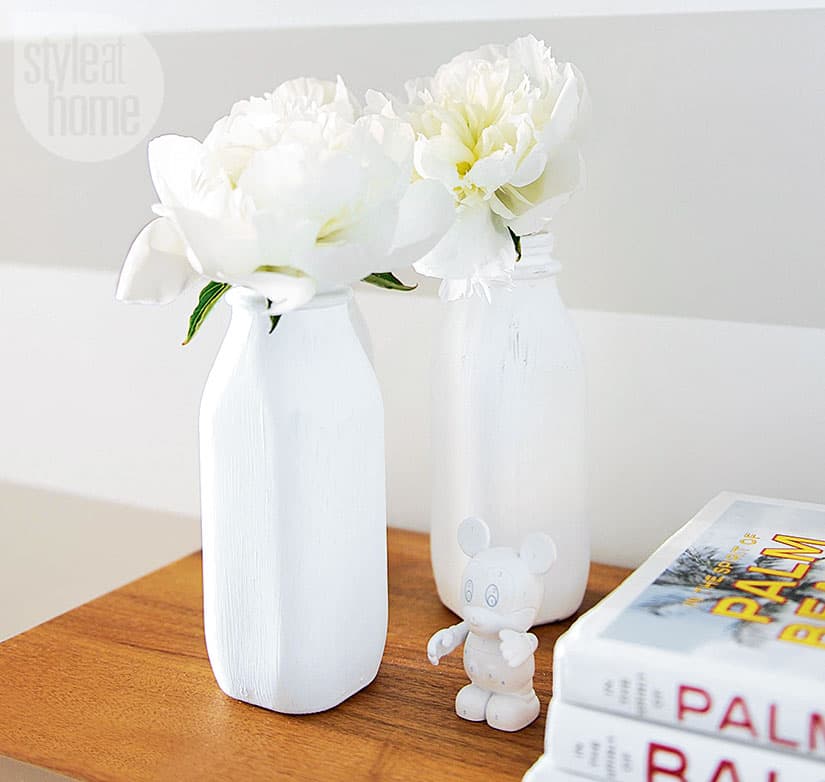 It’s hard to believe the entryway was once plain white. “When you have a winding hallway through your house, you might as well make the journey along it pleasant,” says Ben, referencing the bold stripes he added to the walls. 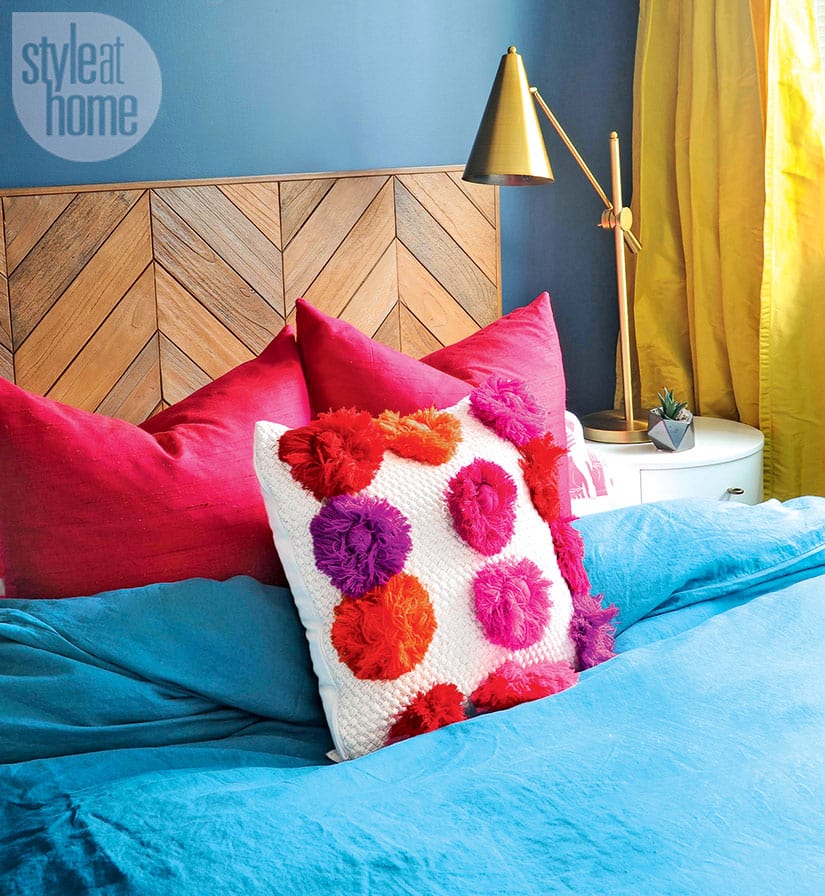 The master bedroom’s warm blue walls are lifted by the salvaged wood headboard, vintage brass task lamp and colourful bedding, giving the tight space a fun and playful vibe that complements the rest of the home.

A Vancouver apartment that welcomes guests with a sea of pattern