Splurge on statement finishes, save on the rest, purge with abandon — and more tips from designer Jennifer Ferreira’s ruthlessly pared-down house. 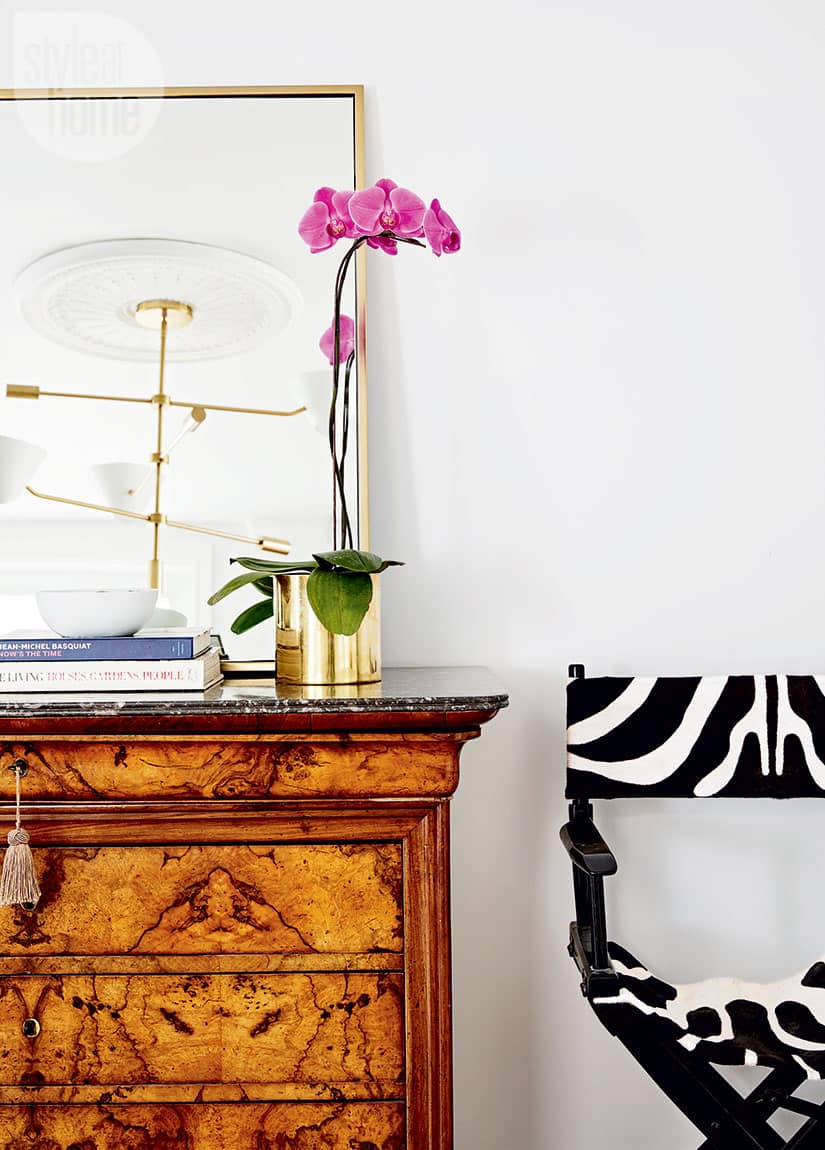 Good things happen when you stop overstuffing your surroundings. That's one of the take-aways from Jennifer Ferreira's gorgeously refined home. "I love keeping things minimal and edited, which, to me, is the highest form of elegance," says the designer.

Her house in Toronto's Wychwood Park neighbourhood, where she lives with her husband and two sons, brilliantly illustrates her purge-to-perfection ethos. Step onto the come-hither white oak herringbone floors that flow through the main floor – which Jennifer expertly kitted out with bursts of black and a select mix of dynamic furnishings – and you’ll be instantly seduced.

A jumble of belongings would mask the individual components, “but a purged space allows you to appreciate details like the beautiful brass hardware, the architectural lines and even the shape of a chair,” says Jennifer, who wanted to create a timeless tailored look. "My style is classic at heart, but I love to mix different eras and aesthetics with a modern age."

But when Jennifer and her husband initially toured the 1,800-square-foot three-bedroom home, it needed love. “It was dark and looked so small,” Jennifer says of the choppy layout that had the kitchen plunked in the centre – which is not ideal, because she likes to admire the garden while cooking.

Still, the house had good bones (it was built in the ’70s, after all), so there were no scary surprises behind the walls. During the year-long renovation, the designer rejigged the layout. Four walls were demolished, the kitchen was relocated to the rear and a set of doors was installed to graciously divide it from the dining area. “I like the formality of closing off the kitchen to the dining room while entertaining. I also love the airiness created when the doors are open,” says Jennifer.

With their stately centred doorknobs and etched detail, these doors exude luxury, as does a nearby ceiling rosette circling a brass light fixture. The latter is a bit of designer trickery. “That medallion and the others used throughout the house were super inexpensive,” says Jennifer, who reveals the solid-wood doors themselves were a splurge. (Not so throughout the rest of the house, where she used hollow-core versions.)

In terms of the palette, Jennifer harnessed a classic combo. “Because the house is small, I painted it entirely in white to make it feel open and airy,” she says. “I love adding black for contrast, and it also highlights the brass hardware on all the doors on the second floor.”

The result is an oh-so-chic home with high- and deceptively low-cost flourishes that perfectly suits the family. “The biggest challenge throughout the process was that I had to purge and really edit what I had acquired from my previous place,” Jennifer says. “I had to teach myself to live with less.” It was well worth the effort, because this house proves that less is definitely more. 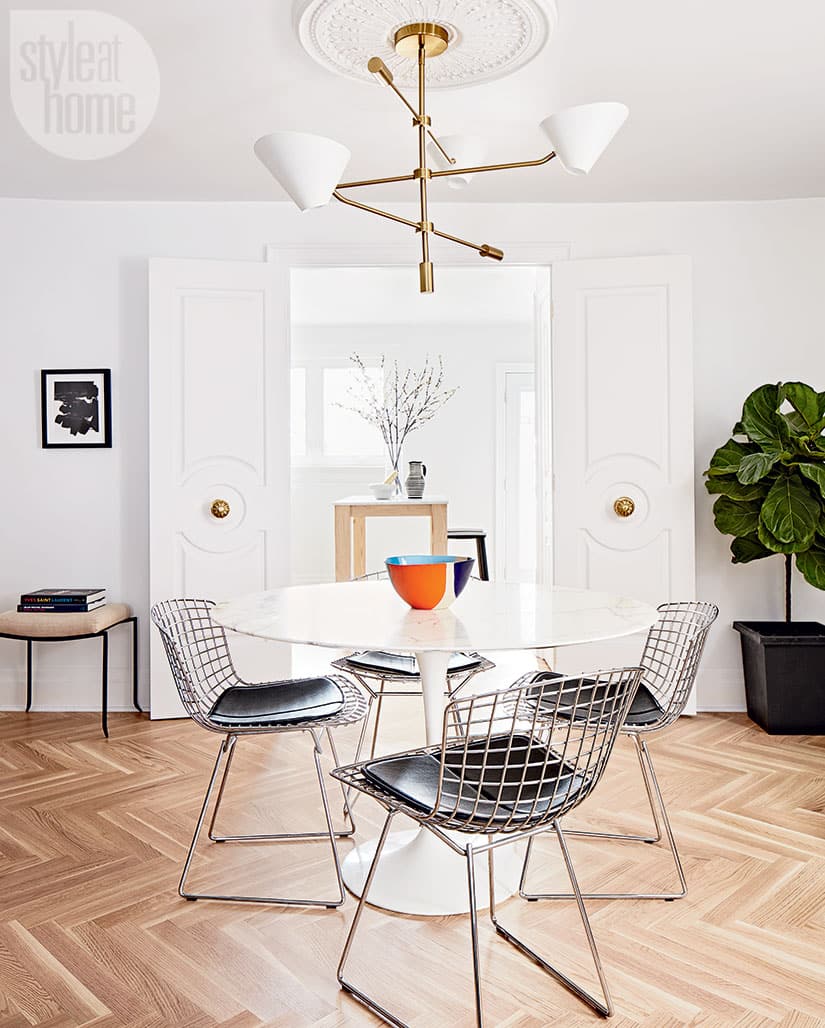 Think herringbone is a hallmark of French design alone? Not so fast, corrects homeowner and designer Jennifer Ferreira. These floors were actually inspired by her grandparents’ houses in Portugal. “One of them has a farm outside Lisbon, and they have herringbone floors in all the bedrooms. I’ve aIways admired the design. I love its relaxed yet formal feel,” she says. 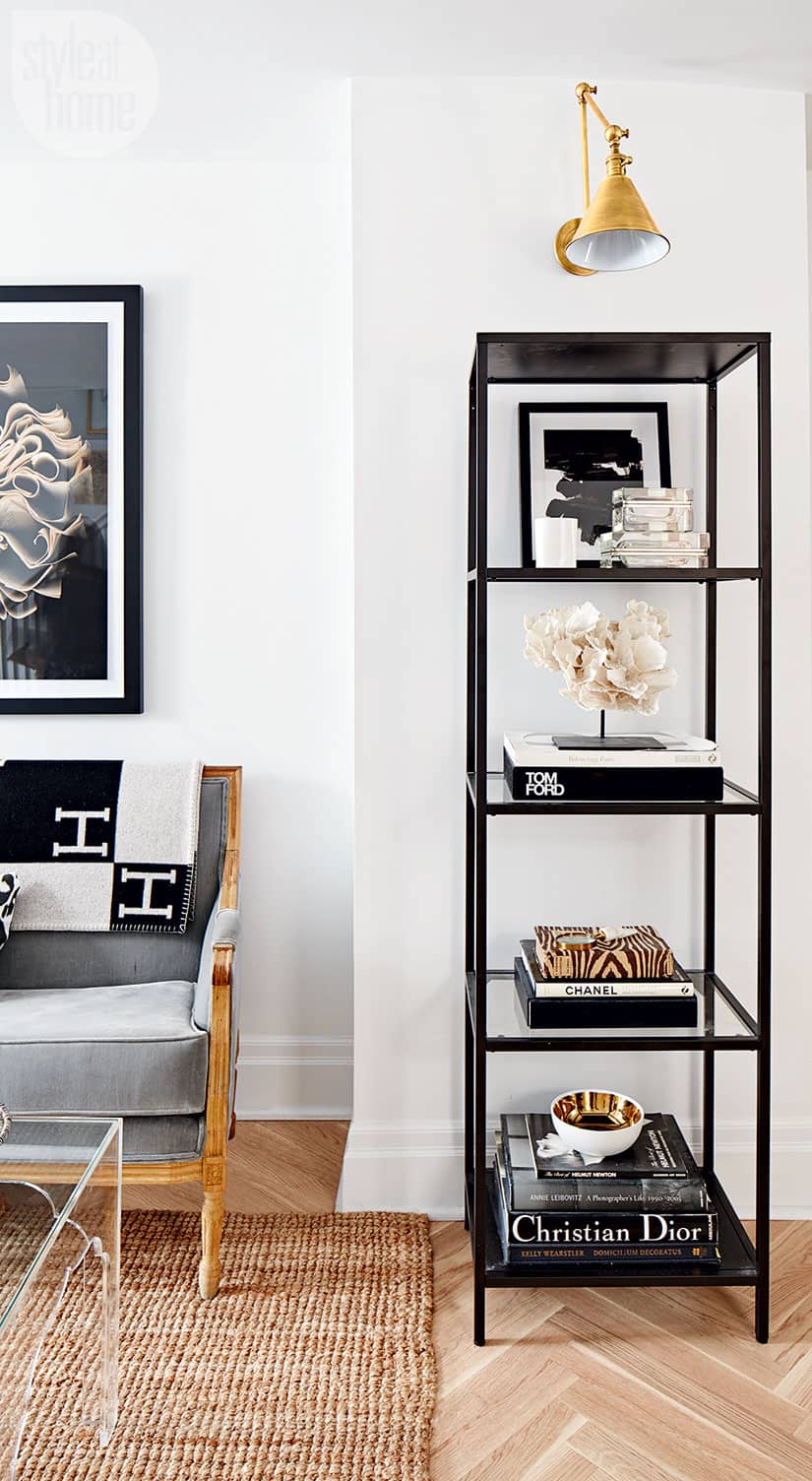 An elegant étagère neatly shows off Jennifer’s collection of inspiring coffee table books and objets. Contrary to what the books may imply, Jennifer is actually not seduced by big names and haute couture: “I’m very informal at heart,” she says. 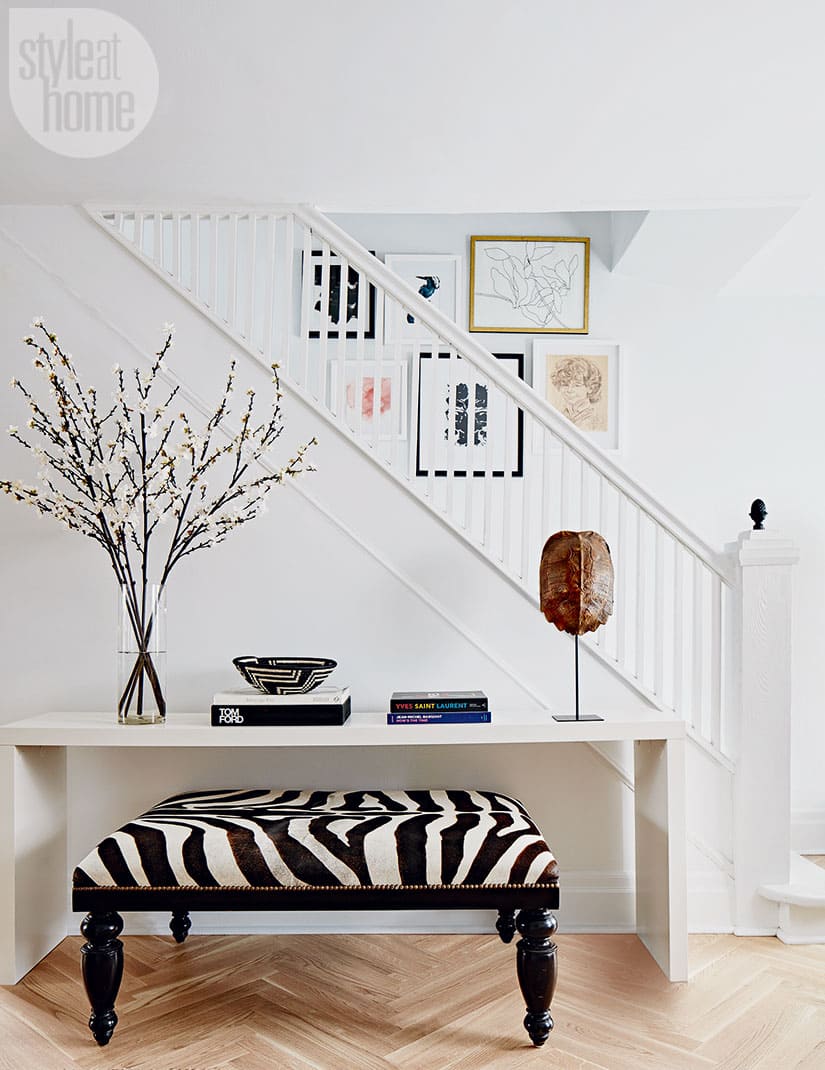 “I found the zebra-print bench in Miami and immediately fell in love with it,” says Jennifer. “I’ve had it for more than 10 years, and I’ll keep it forever!” The piece is a sharp contrast to the rest of the entryway’s accessories, which are spare yet striking. The black pineapple finial on the banister “was added for something fun and unexpected,” says the designer, who is also the artist behind some of the paintings and sketches in the stairwell. 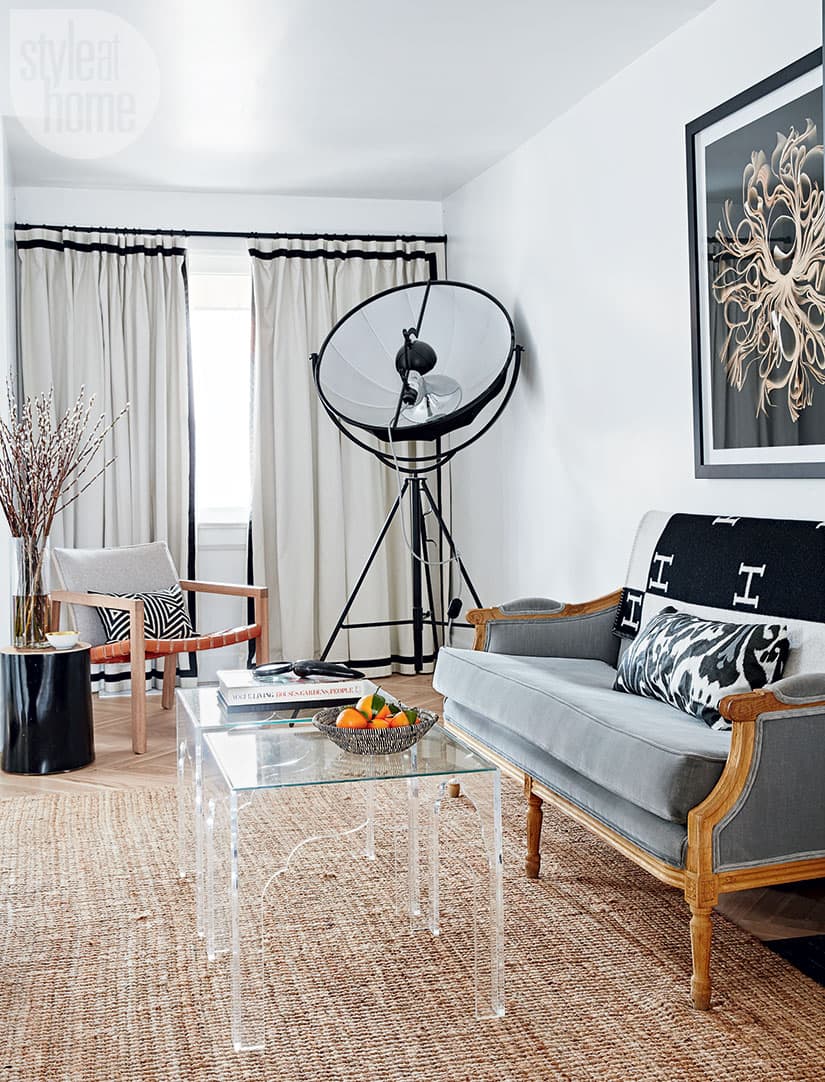 Bold black makes an impact in the lively living room via the dramatic abstract artwork, Hermès throw, Mariano Fortuny photography lamp and drapery trim. A two-toned sidechair mingles with a plush settee and nubby rug for a texturally rich mix. The Lucite tables are completely unexpected. 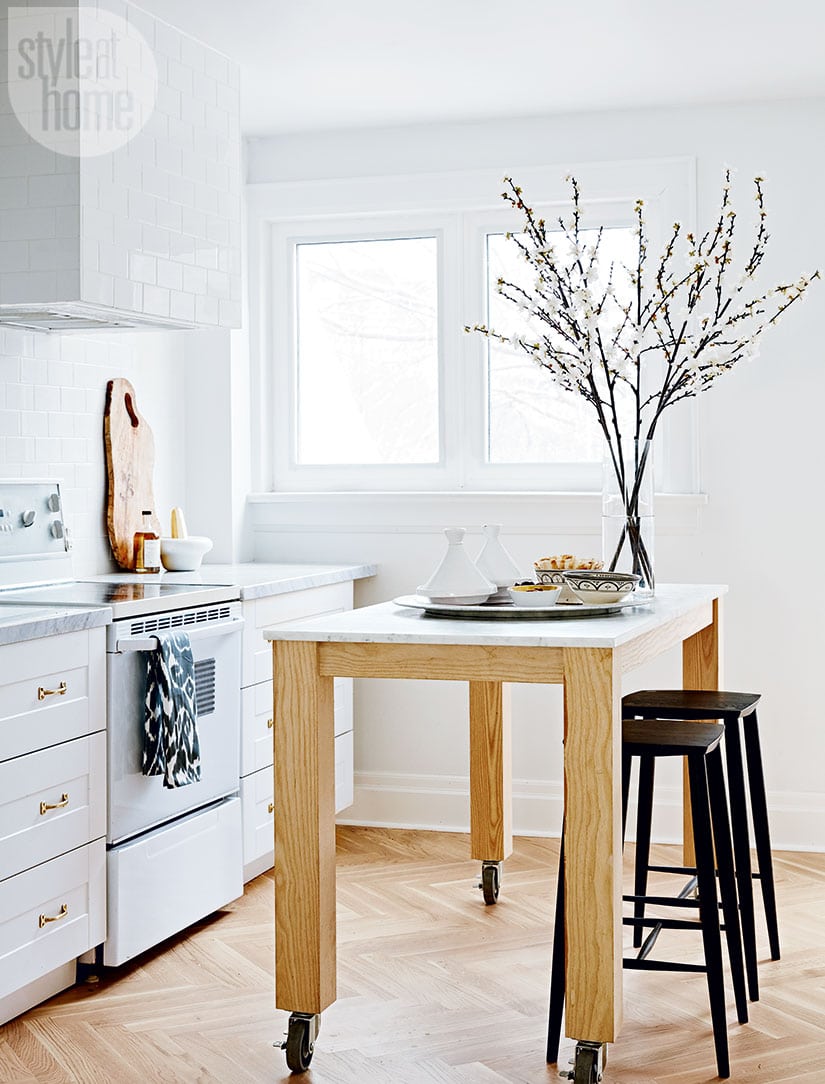 “The kitchen is relatively small – just 110 square feet – but it doesn’t feel that way because of the mobile island,” says Jennifer, who designed the piece to be easily pushed aside to gain space when company’s over. Cloaking the range hood in subway tile, a look inspired by Jennifer’s grandparents’ farm in Lisbon, gives the modern space a charming vintage vibe. 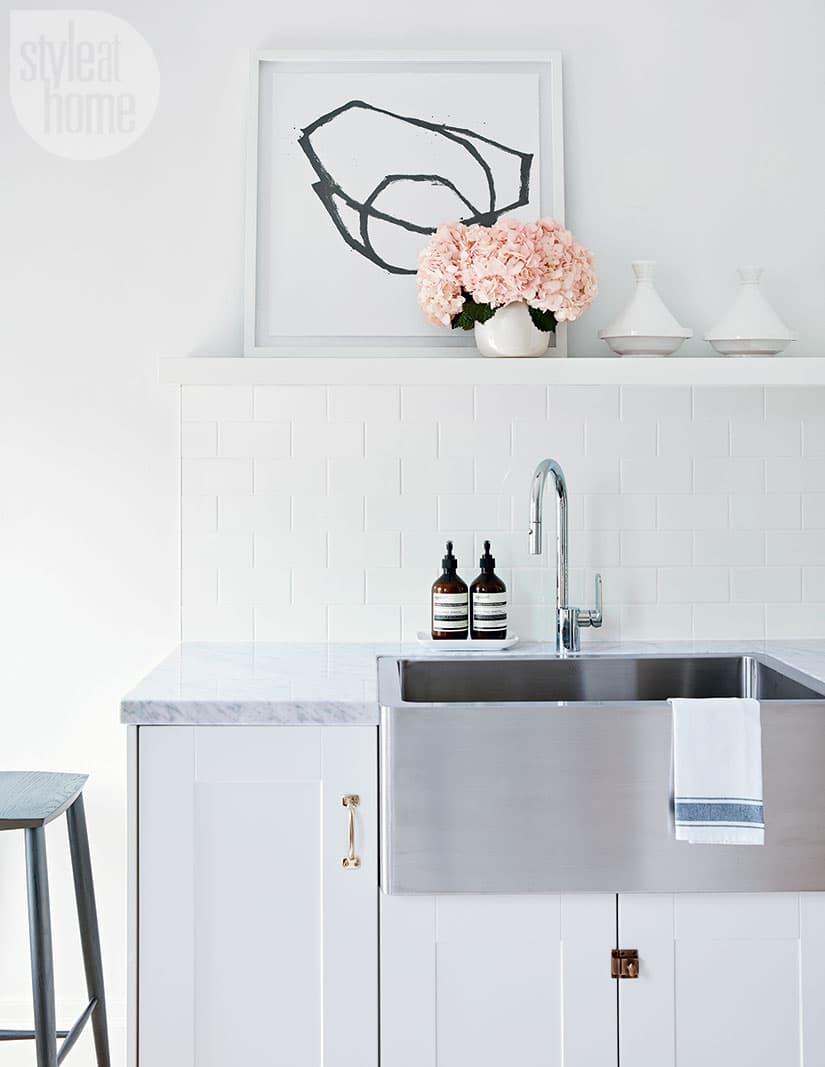 Mixing metals – a stainless steel apron sink and faucet paired with brass cabinetry pulls – offers an interesting counterpoint in the white kitchen, where Jennifer can curate the open shelf on a whim. 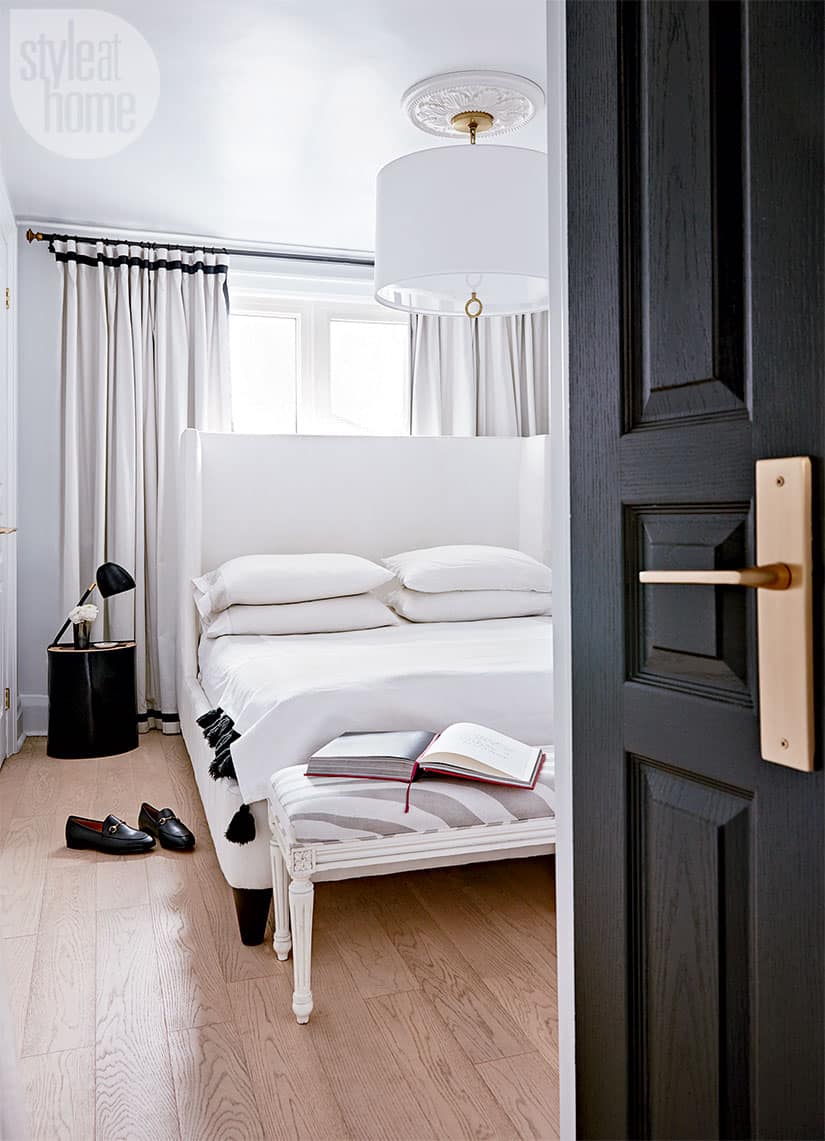 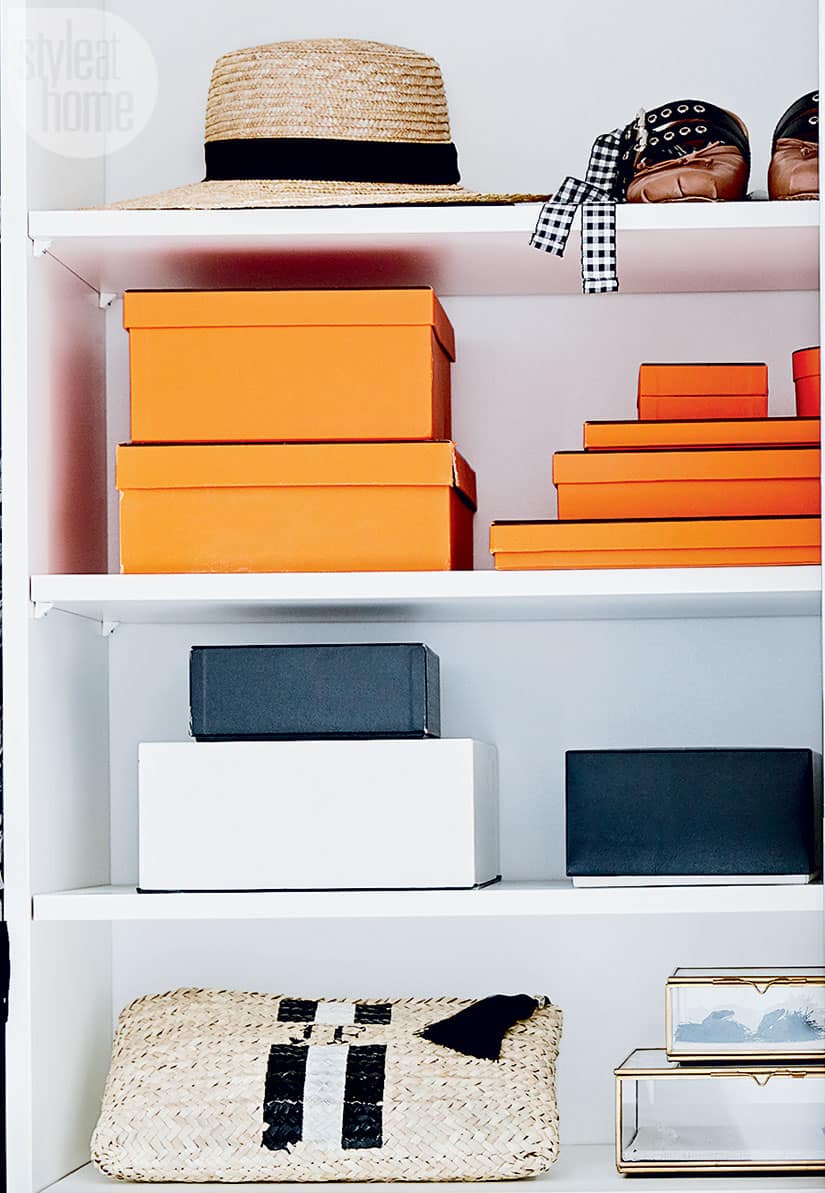 A glimpse into the gorgeous master bedroom shows the power of editing: “This was the only place to put the bed because the room was so small,” says Jennifer, who circumvented the squeeze by drawing the eye upward with curtains and a tall headboard, giving the illusion of grandeur. The closet, meanwhile, reveals a chic everything-in-its-place aesthetic. “I love using pretty containers for storage. The Hermès boxes contain handbags, scarves, belts, gloves and hats.” 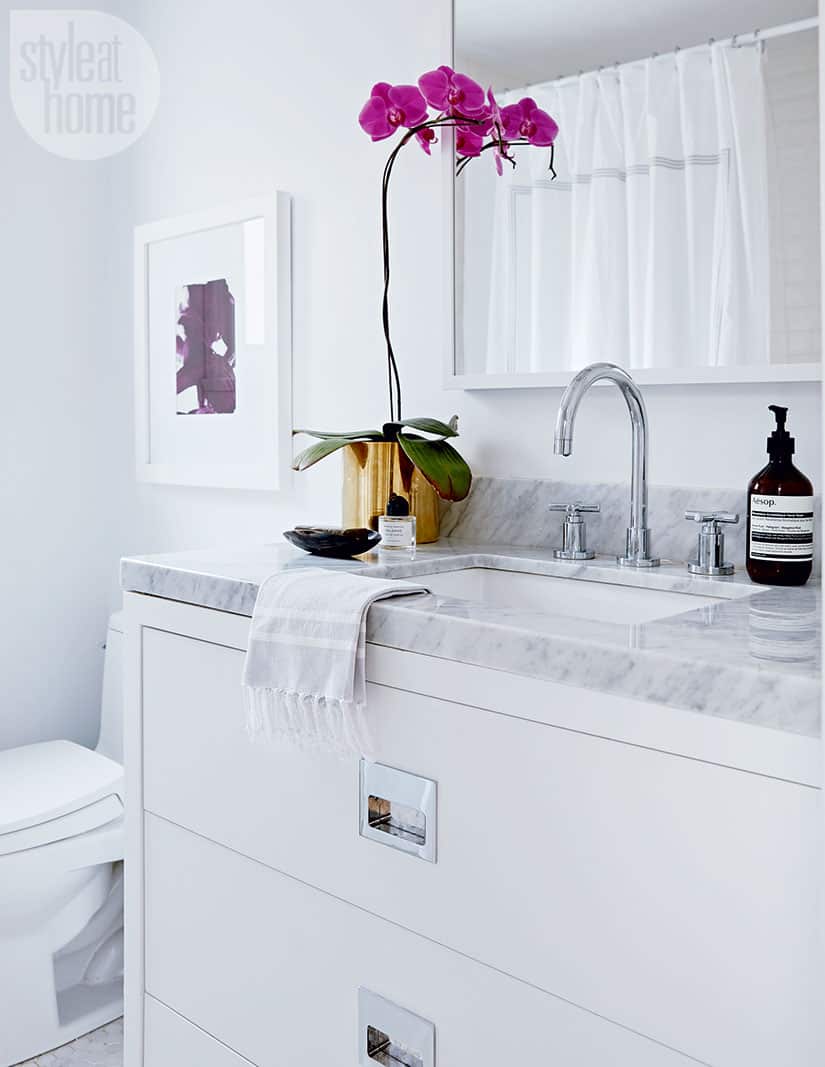 “I had very limited space to work with, so I designed a vanity to house all our toiletries and towels,” says Jennifer of the ensuite bathroom. She kept everything white for an open airy atmosphere. The Carrara marble countertop echoes the one in the kitchen. 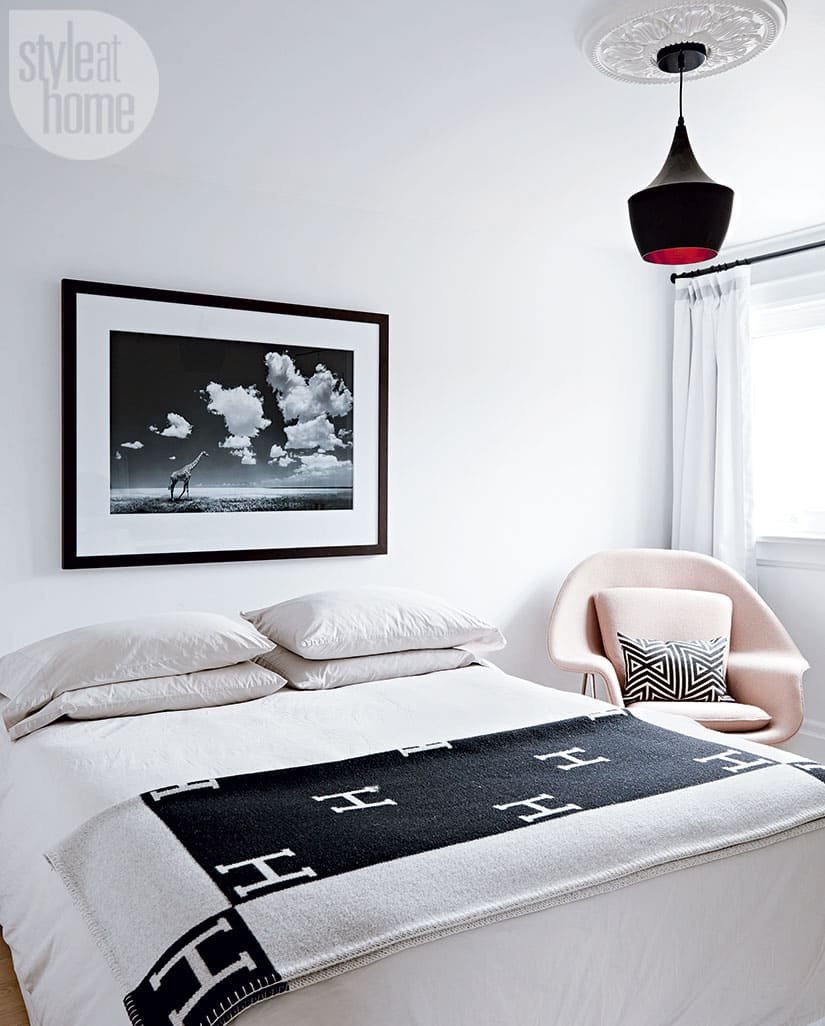 Black, white and gorgeous all over! A coordinating Hermès throw, a giraffe photograph, an iconic Womb chair and a contemporary pendant light provide a simple yet stunning mix in one of Jennifer’s sons’ bedrooms. The ceiling medallion lends a luxe note but was an inexpensive addition.

A chic home with high- and deceptively low-cost flourishes